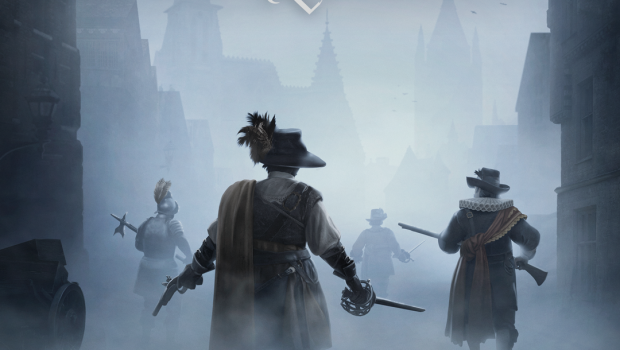 In Black Legend, you lead a squadron of mercenaries into the accursed city of Grant to aid a struggling resistance against a deadly cult of fanatics. Piece together stories from survivors, discover new equipment and classes for your team, and delve into many locations during your quest to discover how to stop the city’s curse from spreading. Explore deep into the city to eradicate a madness inflicting fog that shrouds the streets in this thrilling alternate history turn-based strategy RPG!

The cinematic trailer reveals more about the story then the game does..

The combat system in Black Legend is entirely turn-based, which is activated immediately upon the player character entering the field of view of any enemy NPC. This is a very similar experience to games such as Dragon Age, where the characters in your party must move positions and use their attacks as a team against a target during their turn. Once the turn is complete it is the next party member or enemy’s turn to attack. 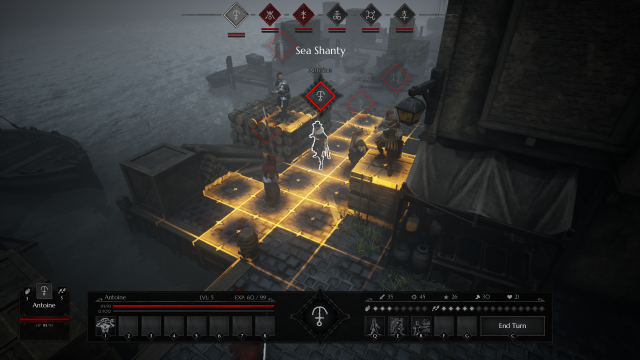 Black Legend has a different approach to character classes; rather than restricting the characters class to a single type, the game encourages you to swap the character classes and develop skills in multiple areas. Once skills in one class have been obtained, some skills can be made available in a cross-class skill-set, allowing for unique combination of class-specific skills. 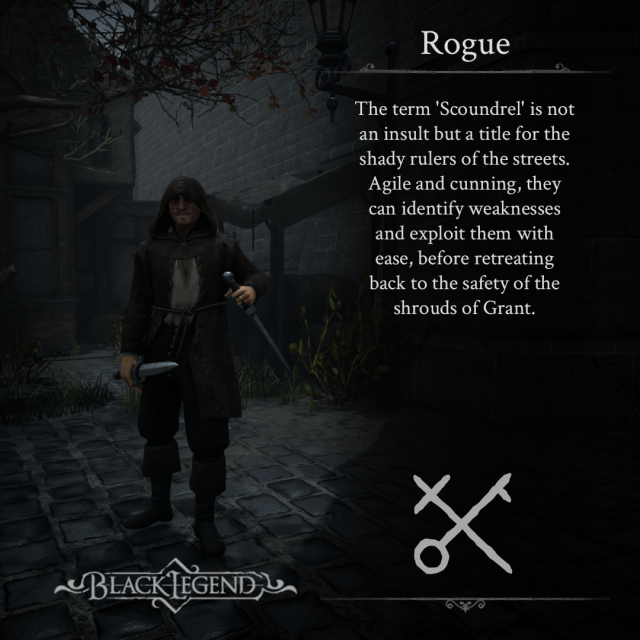 There is also the addition of humours which are additional buffs that are applied to weapons and attacks, where upon when mixed in the correct combinations deal additional damage or negative affects to the opponent. Both the player party and enemy parties can use humours.

Black Legend game mechanics involve firstly, simple fetch based objectives, such as going to target A and doing X, which involve going through several groups of enemies within classic gate mechanics format. For example, the shortest path is blocked by a locked door, until you battle 5 groups of enemies throughout the town district and go the long way to achieve the objective where you can then simply unlock the door, avoiding the need to take that path again.

If there is anywhere for this game to shine, it is 100% in the graphics. The visual styling of the scene and characters is very detailed and immersive. The gloomy smokey generic England London-esq township is visually perfect.

The houses, textures and stonework is meticulously well designed and highly detailed, which makes the visual experience stand out as the best aspect of this game. 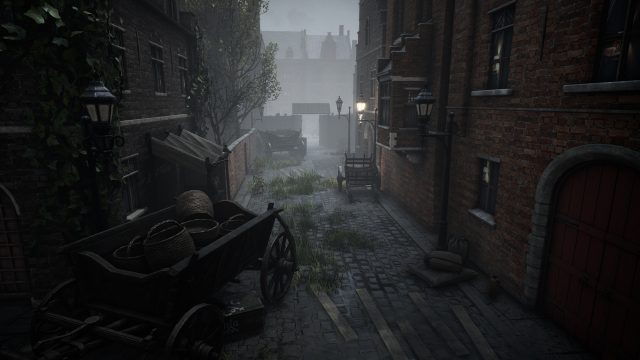 Black Legend: Textural complexity in the town of Grant

This review was of a pre-release version, so there were a few missing animations for some of the combat elements but this didn’t detract from the visual experience and the combat animations were really well designed and implemented.

The graphics team deserve a tremendous kudos for their work and should be proud to own this achievement.

However, it should be noted, the text sizes are so small that they are not readable from beyond 30cm distance from the screen. Simply put, the games textual aspects are designed for PC and not console, sadly.

The music in Black Legend is really well composed and fitting to support the scene and narrative.

The non player characters accents are for the most part a generic form of English/Irish, however there are random out of place American accents that simply do not fit and break the continuity.

Interestingly, there were a number of familiar sounding voice artists in this game and one could suspect that some of the voice actors have also done work in some large AAA titles, but in any case, this really does give that level of familiarity to the game that would otherwise not exist.

Unfortunately, despite the voice-over work being mostly well performed, there is a distinct mix of high quality reads and lesser quality reads within the mix of accents which is very noticeable and distracting. This further reduces the overall quality of the voice work, as there simply doesn’t seem to be much diversity in the number of voices.

Worst of all, and perhaps the most damaging and distracting in Black Legend, is that the voice over mastering seems to be poorly done. Playing on a surround sound system, there was shifting voices from Left, right, Rear left and Rear right speakers within the dynamic range and audible background noise within some of the recordings. At times the audio did not seem to be normalised and limited which resulted in a few moments of clipping within the first few dialogue enabled scenes.

Quite a lot of the NPC dialogue is taking place between the player character and a closed door to a faceless, nameless NPC. At times the background noises and use of room-reverb fits perfectly well with the sound you would expect to hear through a door, however the fact that the audio is often moving around from left to right in-between spoken words as well as being through a closed door, it immediately drops the immersion and is not enjoyable.

The narrative story of Black Legend is based on a workable premise, with a mix of mysticism and struggle of survival, however the buy in and lead up is simply not there. There was no real initial establishment of the player character or his/her struggle or reason for existence. Equally there was no exposure or visual introduction to Mephisto the evil antagonist, rather instead the game simply dives right into the action, which in many games this is desirable but for a narrative driven game there needs to be ‘something’ to latch onto.

Playing this game for a few hours leads the player down a path of repetitive gate mechanics, repetitive combat and almost no appreciable narrative story relief.

The ambitious cross-class character abilities were poorly explained in game with respect to how they deal damage and compliment each other and the humours are difficult to follow and utilise in practice. This however is a double edged sword, for if they were simple to use then the game would be even more predictable and manageable from the beginning.

What perhaps could have been a great game, was instead, predictable, boring and un-enjoyable to play. This reviewer found it extremely difficult to play this game for more than 1 hour stretches and after a few days, found no aspect of the game appealing enough to warrant spending any further time playing it.

Summary: Black Legend presents well in the cinematic trailer but fails to offer an enjoyable gaming experience that promotes repetitive play. Give it a miss.