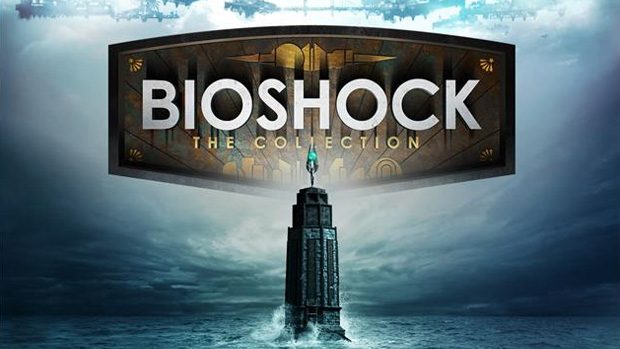 Summary: The Bioshock Collection is the perfect way to revisit this amazing franchise in glorious FULL HD graphics!

As a series, Bioshock was easily one of the best story-driven first person shooters of its time and as a fun fact, it was the ‘spiritual’ successor to System Shock which gave the player some compelling characters and very entertaining gaming. As a result, its dystopian storyline and stylised graphics really captivated you as a gamer as you were transformed into the hero and fought against three powerful antagonists. With three distinct stories, the original Bioshock is still a favourite amongst fans, followed by Bioshock Infinite (aka Bioshock 3) and then sequel Bioshock 2. 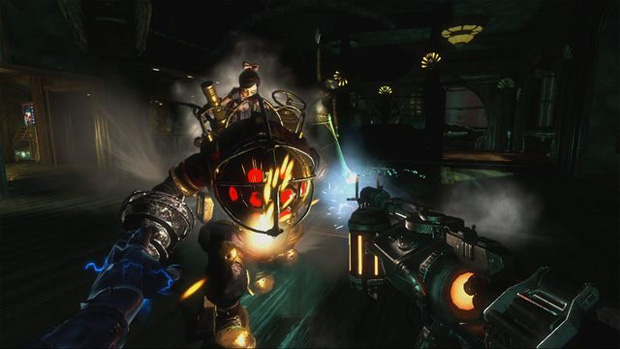 Sure this order is debatable but given that the entire series is now available in one accessible collection, it’s easily worth the admission price alone regardless of what your favourites are and needless to say, all three titles are still worth playing. Another highlight of this release is that this collection bundles the additional DLC content together but more importantly, all three games now support FULL HD (1080p) graphics plus 60 frames per second (*) which still stands up to the games of today and when you see Big Daddy again, you’ll be smiling ear to ear! 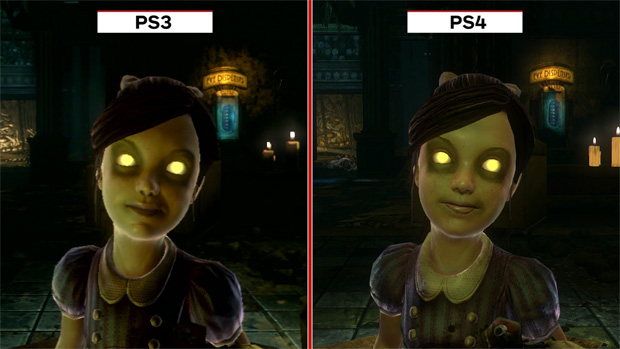 So let’s have a look at what’s included in Bioshock the Collection.

Okay… I’m guessing that you may be a little speechless now and that’s all the amazing content included in Bioshock the Collection. As I’ve played the original three games before, including some of the DLC, I haven’t experienced all of it, so revisiting this universe again on the PlayStation 4 is quite special because not only does it give me access to the additional content but it allowed me to access the glory of what is Bioshock. Another interesting feature of the game is that as you progress, you see some of the changes in gameplay, including their developers pushing the previous gen-consoles which is kind of cool. 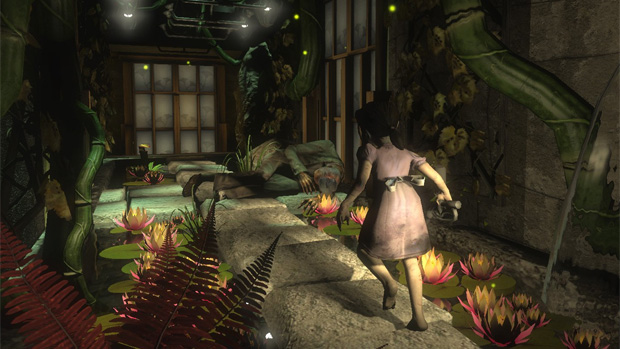 So when it comes to level design and as the series progressed, the claustrophobic corridors of the original game really captured the craziness of the protagonist as you explored this strange twisted world that was like being dropped into a madman’s dream from the 1950’s. Sure it’s a little dated when compared to something like Star Wars Battlefront but the Unreal engine is still quite a powerful development platform, more so in the last two games of the series, especially the third title which features the amazing city of Columbia with its rich and vibrant floating world.

Given that, the developers should be commended on this release and if you have never played the Bioshock trilogy before, this should really be on your radar because there’s some great story reveals and gameplay moments, including engaging characters like Little Sister and Elizabeth. Furthermore Bioshock Infinite did receive some criticisms from gamers, however although I loved this story, especially Elizabeth’s ability to create different breaches of reality plus the ability to team-up with her, I did miss some of the links to the original games. Nonetheless, it was still awesome! 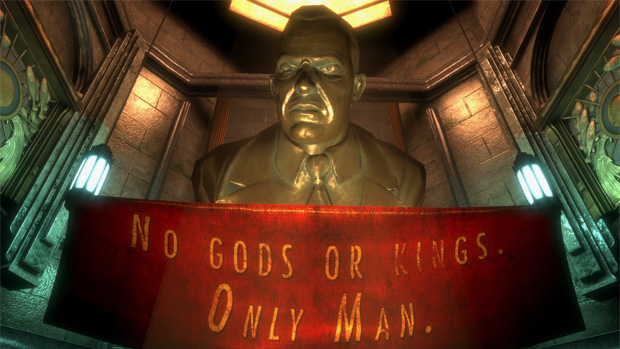 Although the games had an element of puzzles, combat played a key role and whether you were facing the genetically modified Slpicers, the Rumbler, the Fireman or any of the bosses, these proved to be quite challenge, especially on a higher difficulty rating. What I enjoyed about the enemies and bosses in all the Bioshocks were there strange designs and attacks that really kept you on high alert at all times because ammunition was limited.

Even though you had access to a variety of different weapons, Plasmids allowed you to go beyond the norm with these strange science experiment powers that includes burning enemies to a cinder, electrocuting enemies or even the ability to mind control your enemies to name a few. This also gave the title a real mad scientist meets cyberpunk feel to it.

Add in lots of interactive objects that could make your fight easier and there’s lots of strategies involved in the combat. Surprisingly, the combat is still quite enjoyable all these years later and given that the original was released in 2007, the fighting is still quite sturdy. The game also offered the player some moral choices, including elements of RPG which definitely distanced itself from the first person shooters of the day. 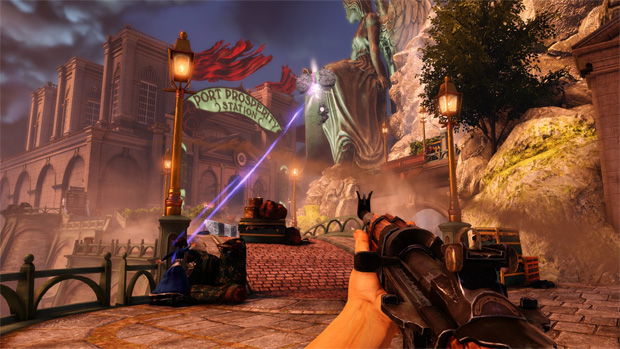 Once you have finished the main games, you then have the DLC to play. My favourite DLC of the Bioshock series Burial at Sea Episode 1 and 2 which took players back to the underwater city of Rapture. However these two DLC’s allowed you to once again revisit the hero of Bioshock Infinite Booker DeWitt and his beautiful companion Elizabeth before the war between Ryan and Atlas occurred. This gives you another snapshot into the original game and also exploring the characters of Booker and Elizabeth who for me are two of the video gaming world’s greats.

As discussed, Bioshock the Collection has received a much needed FULL HD facelift that complements the gameplay and although some of the level design is a little simplistic in the original games, the third game offers a much more intuitive experience but nonetheless, visiting Rapture and Columbia again was a true treat. As mentioned, the game does support 60 frames per second but every now and then the game will stumble but for the majority, it still stays silky smooth. 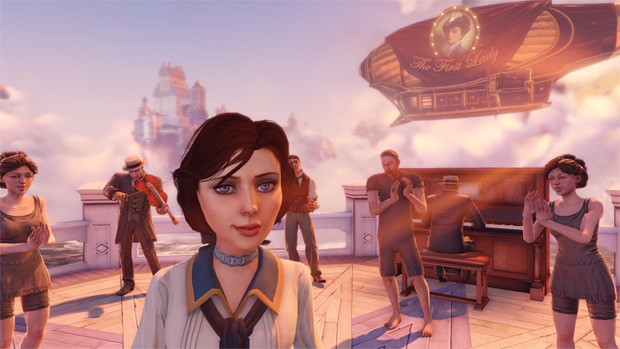 Textures and lighting also looks better in Bioshock, whereas in the sequel, it just seems that that the resolution is higher. As to Bioshock Infinite, that was already a good looking game so the improved resolution really makes things jump out, especially its retro and art-deco style of graphics. Audio was always good in the series but those audio journals that are littered through the environments are still creepy, even today but really flesh out the stories. Add in some flawless voice acting and three killer soundtracks, not to mention excellent sound effects and these three games really channel that blockbuster gaming experience. 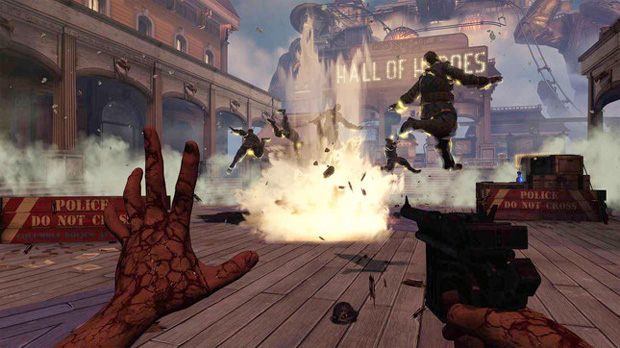 Bioshock the Collection is a great trip down memory lane and if you have never played these games before, it’s a must have title on the PlayStation 4 because of all the content. Best of all, the gameplay still works well today, including the graphics and outstanding audio. With interesting heroes, villains and characters that you encounter, this ‘remastered’ edition of the Bioshock series is worth having and hopefully this will inspire another Bioshock game in the near future. 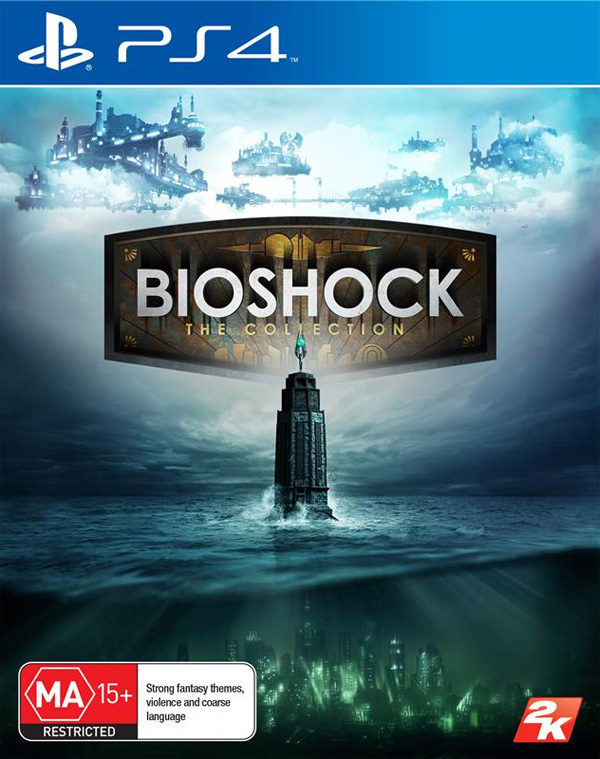