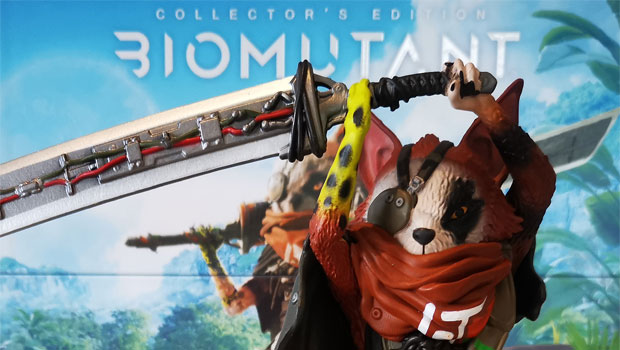 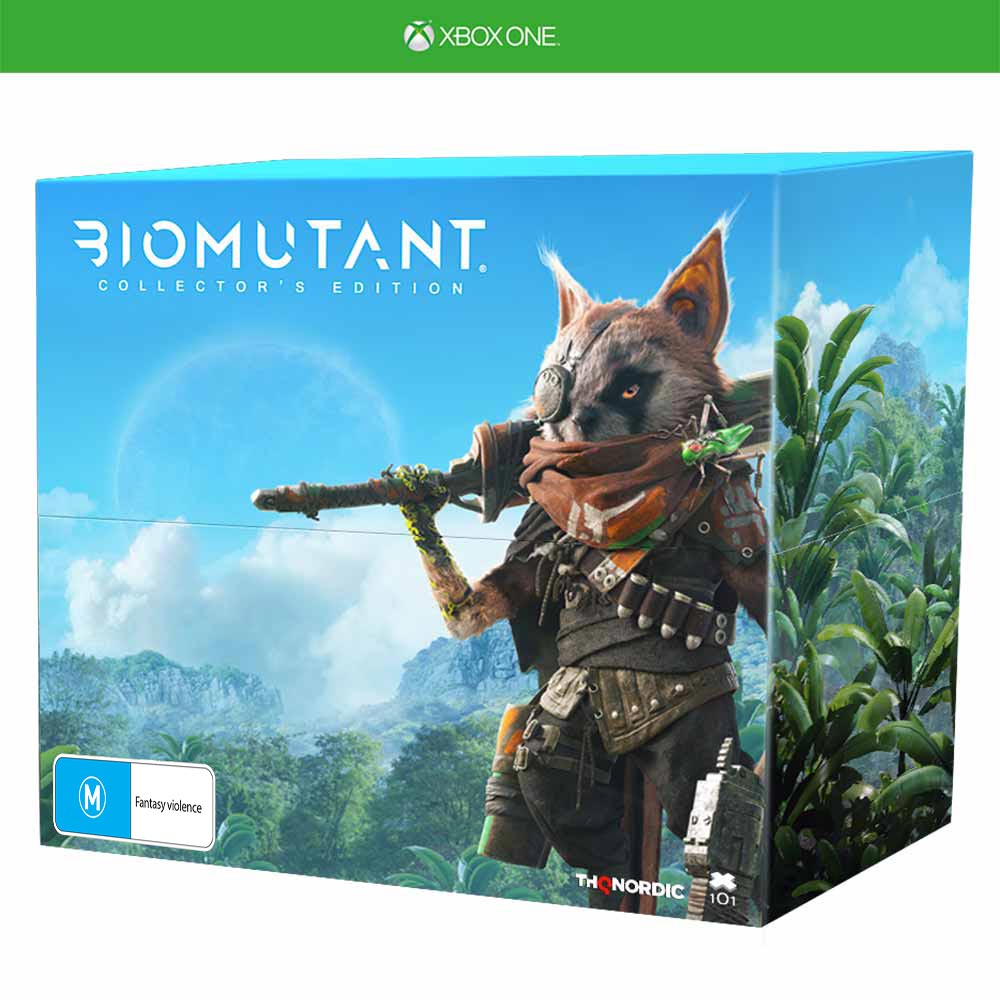 Developers Experiment 101 and publisher THQ Nordic should be commended on the presentation and quality of the Biomutant Collector’s Edition that boasts a high quality figurine (or statue) of one of the lead races in this game, a Primal warrior who is prominently featured on most of the advertising of this game.

While he looks cute as a button, don’t let appearances fool you, he wields a large kick-ass sword plus an equally kick-ass gun to take on his enemies in this dangerous post-apocalyptic Kung-fu action RPG world.

As mentioned, the presentation is fantastic and when you unleash all the goodies from its premium box, it really does cater for the collector that also includes a high quality fabric art piece, the official soundtrack and lastly the game itself. Check out our unboxing gallery! 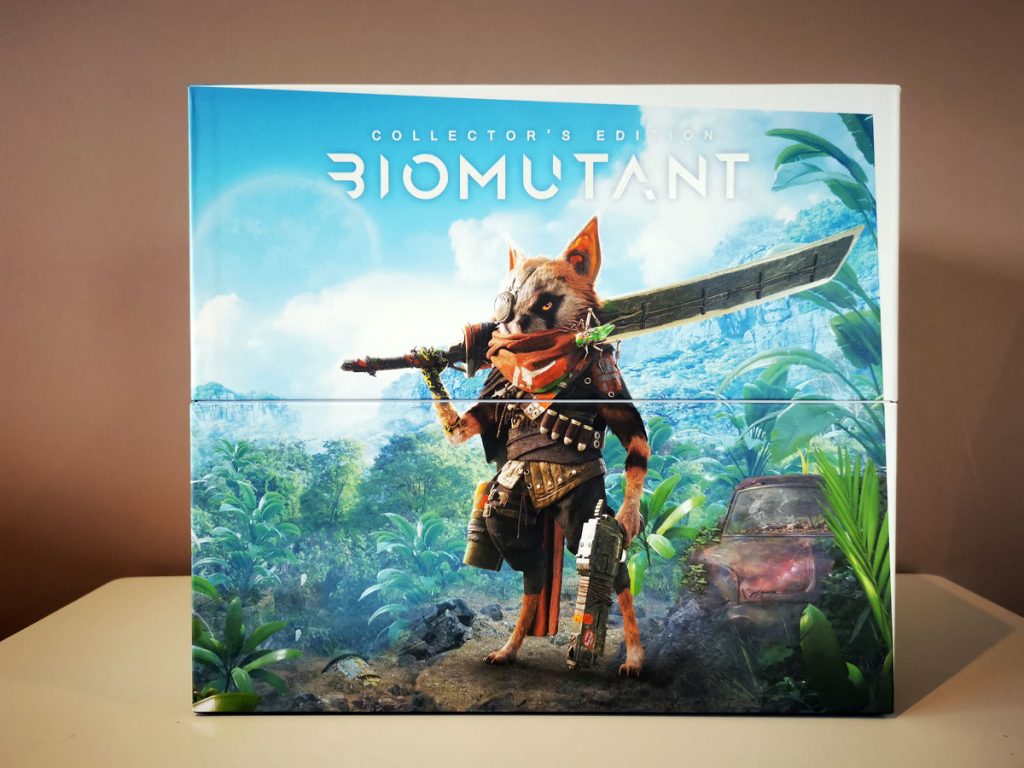 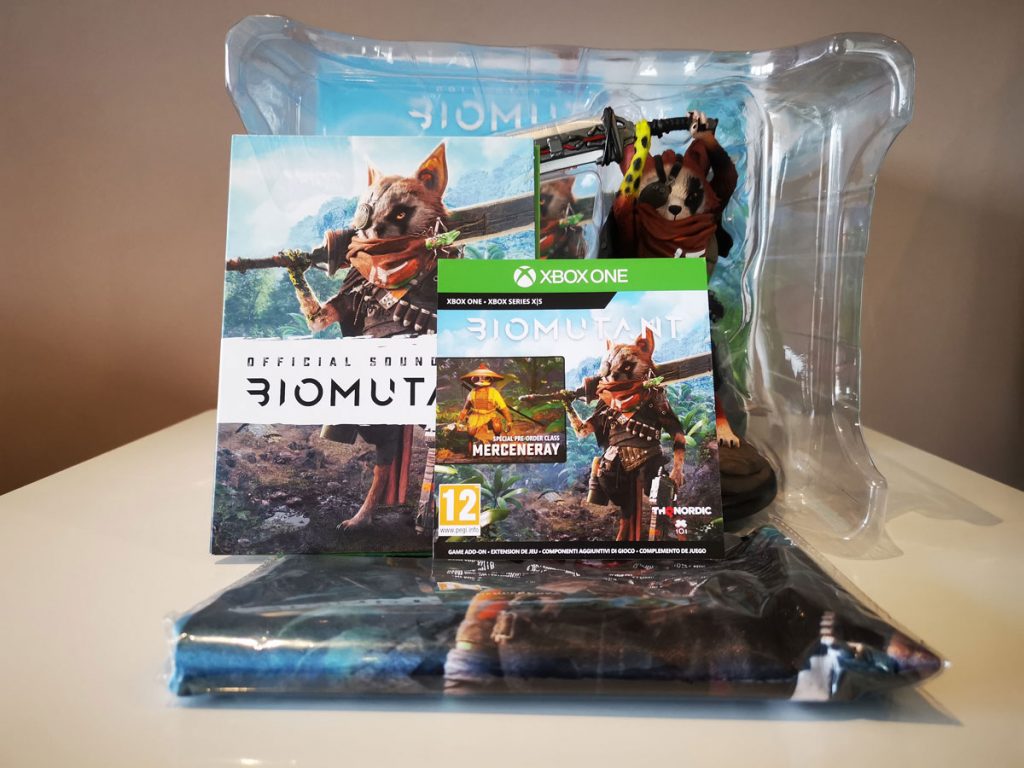 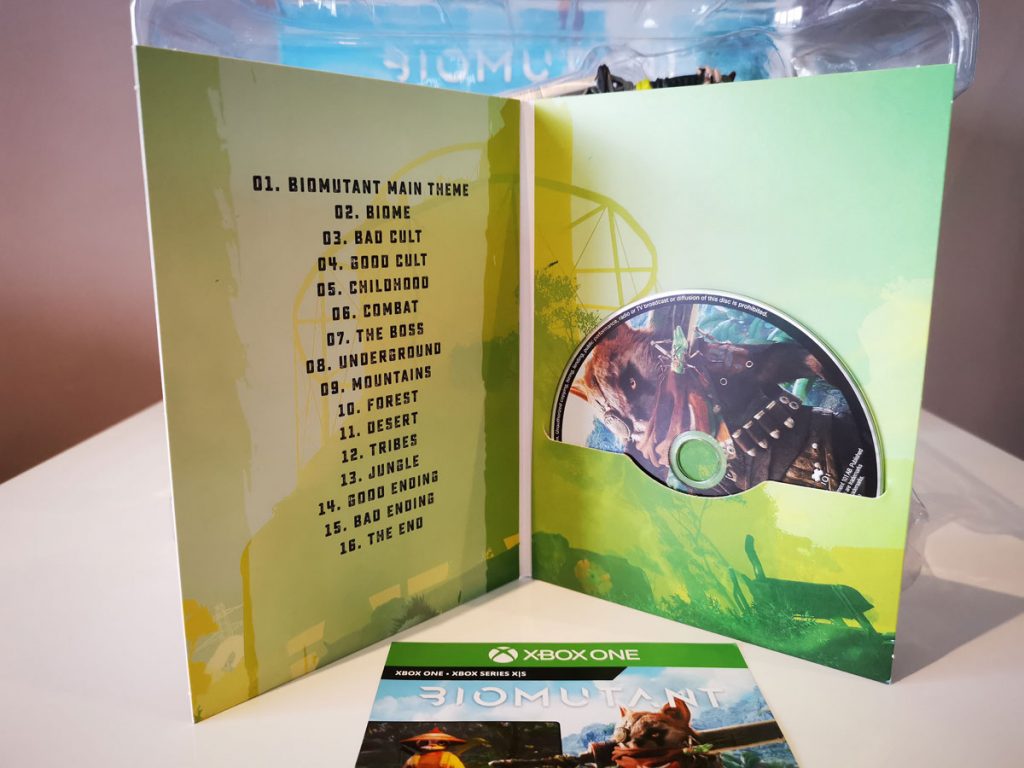 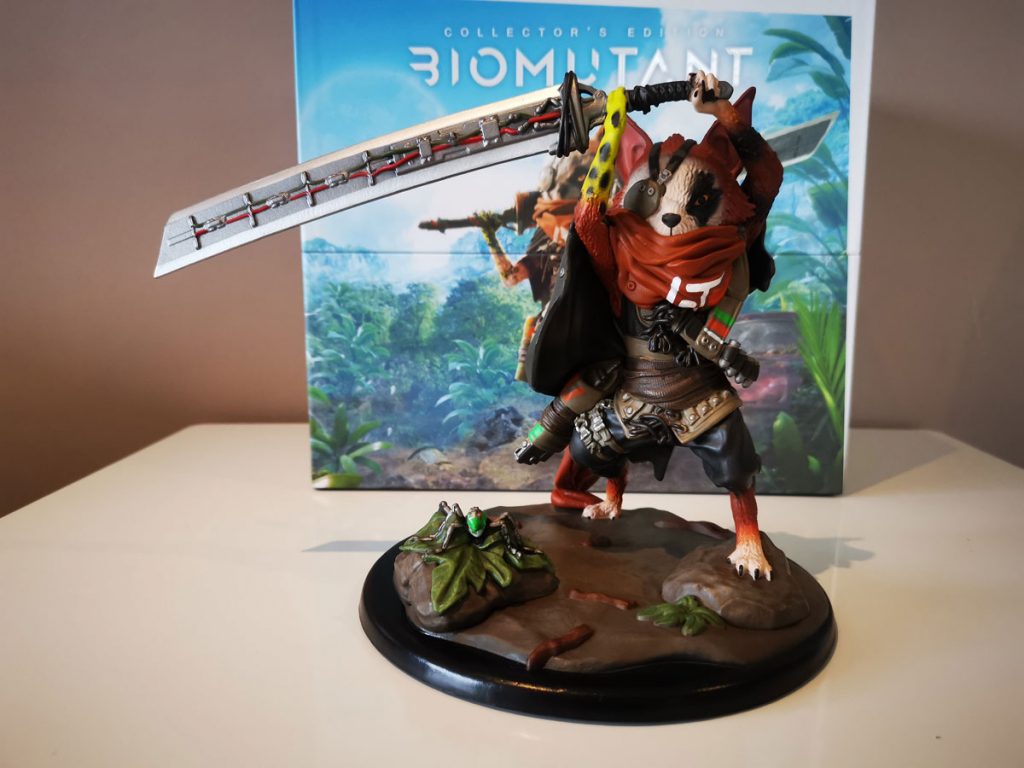 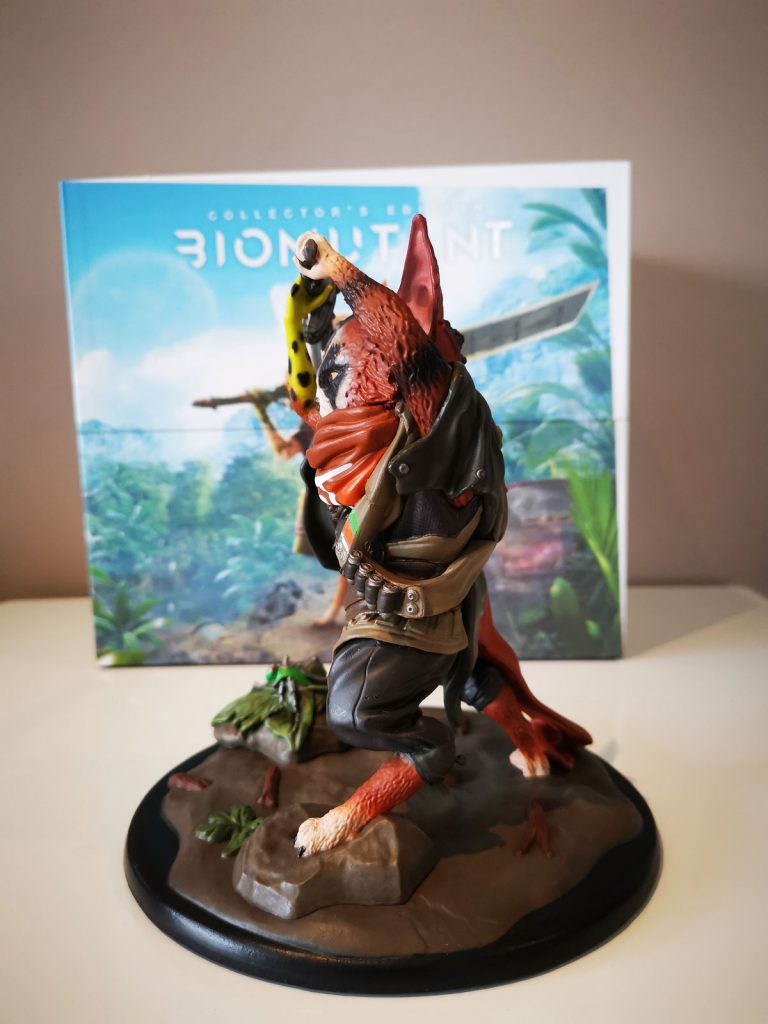 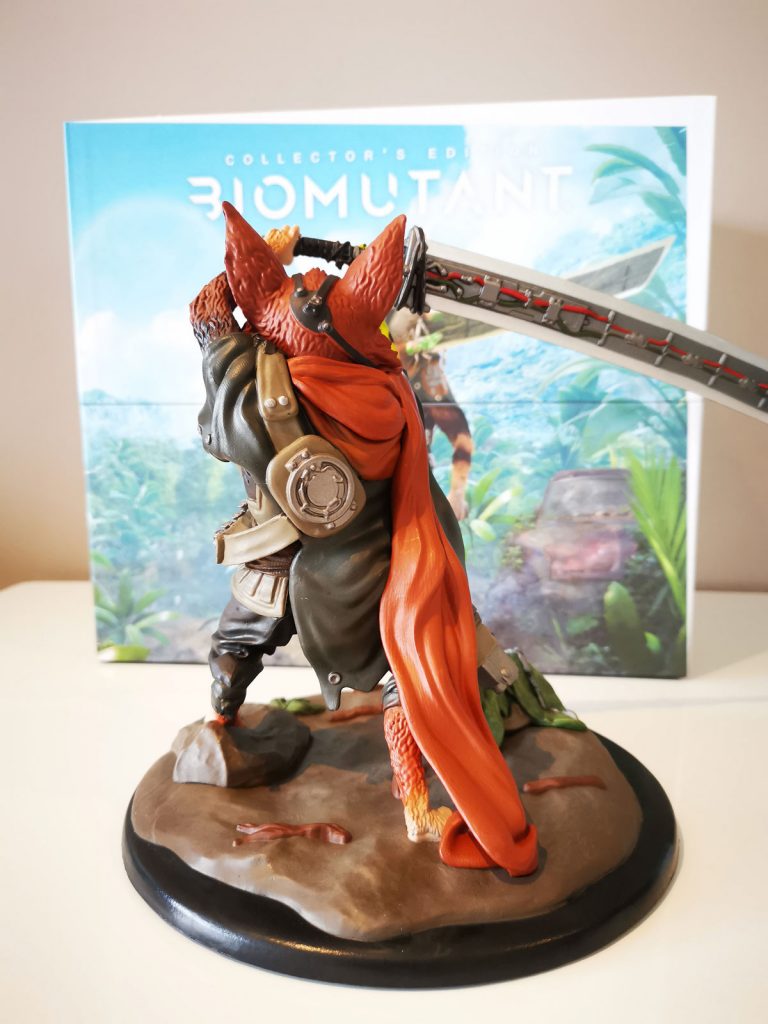 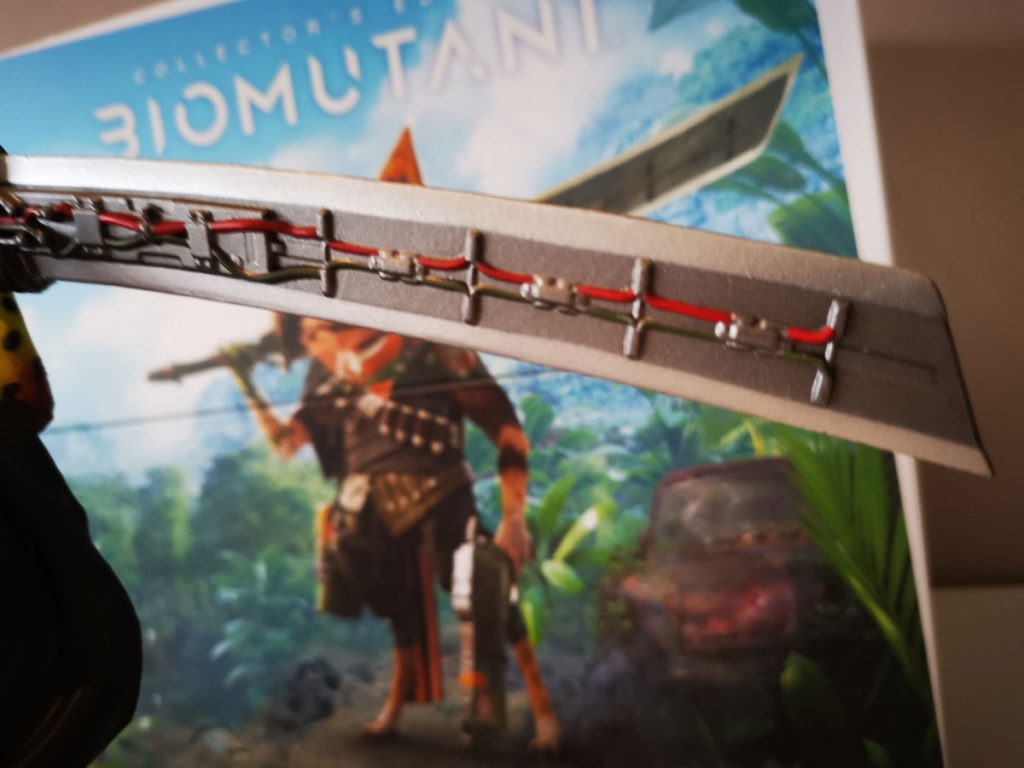 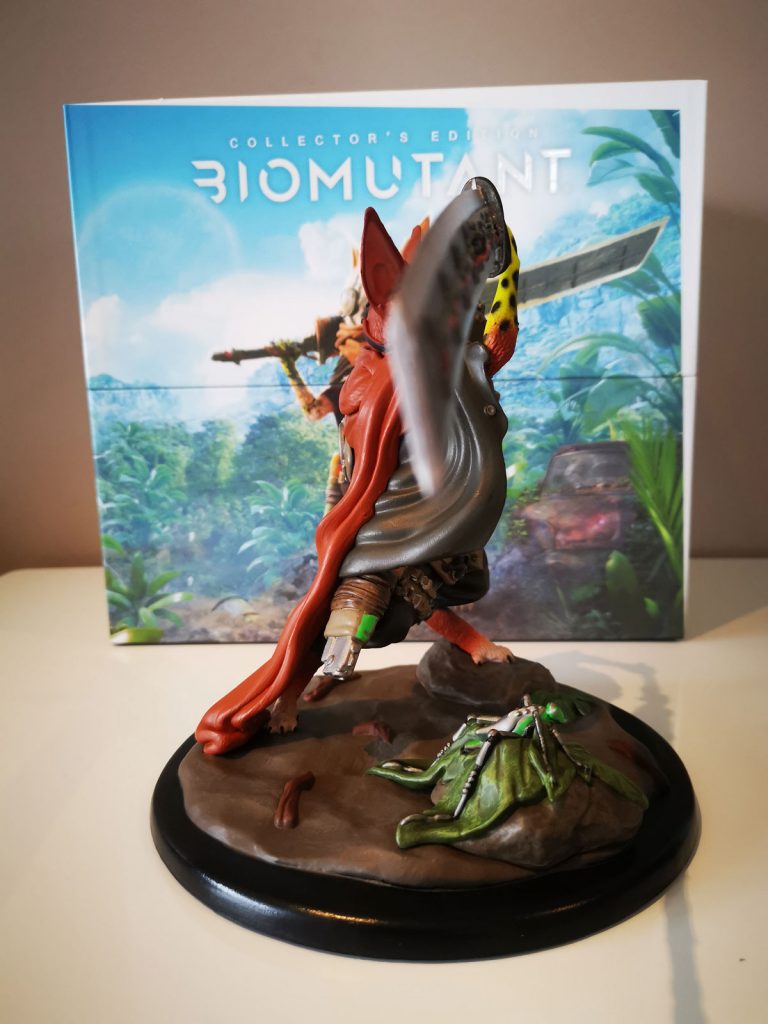 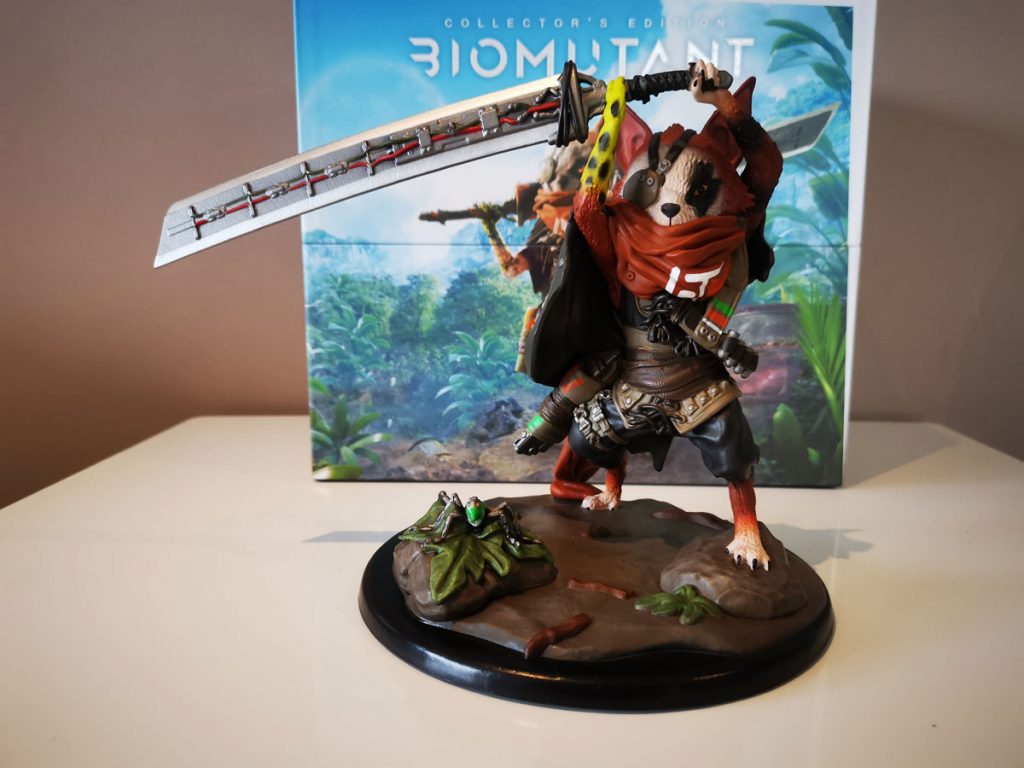 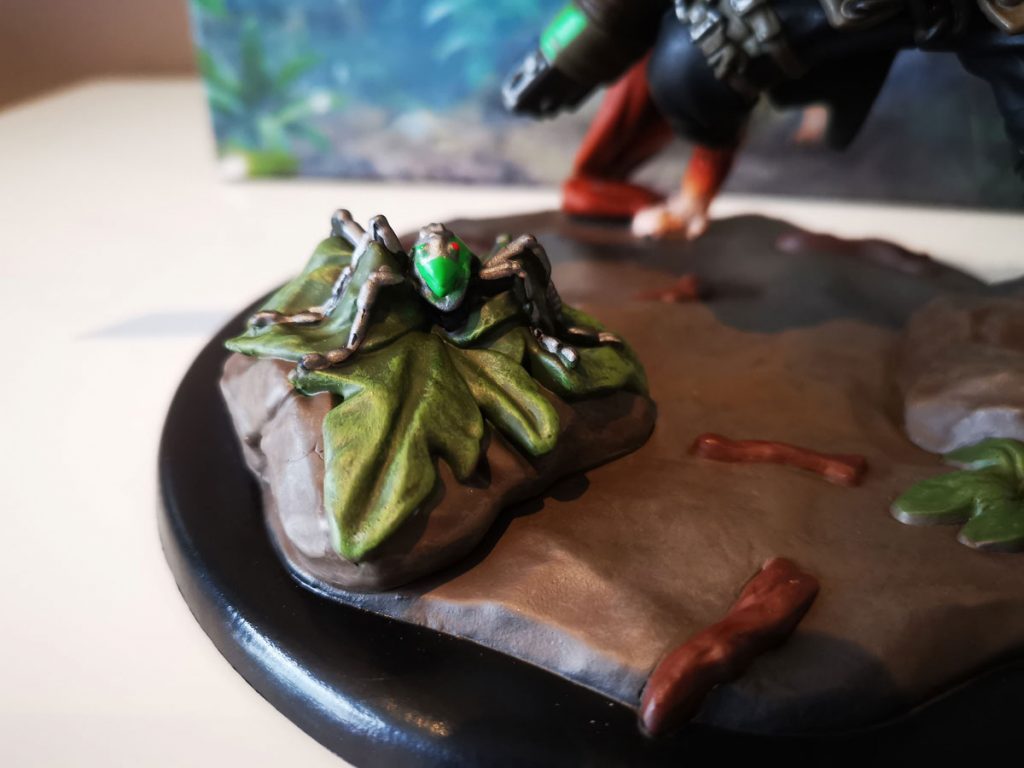 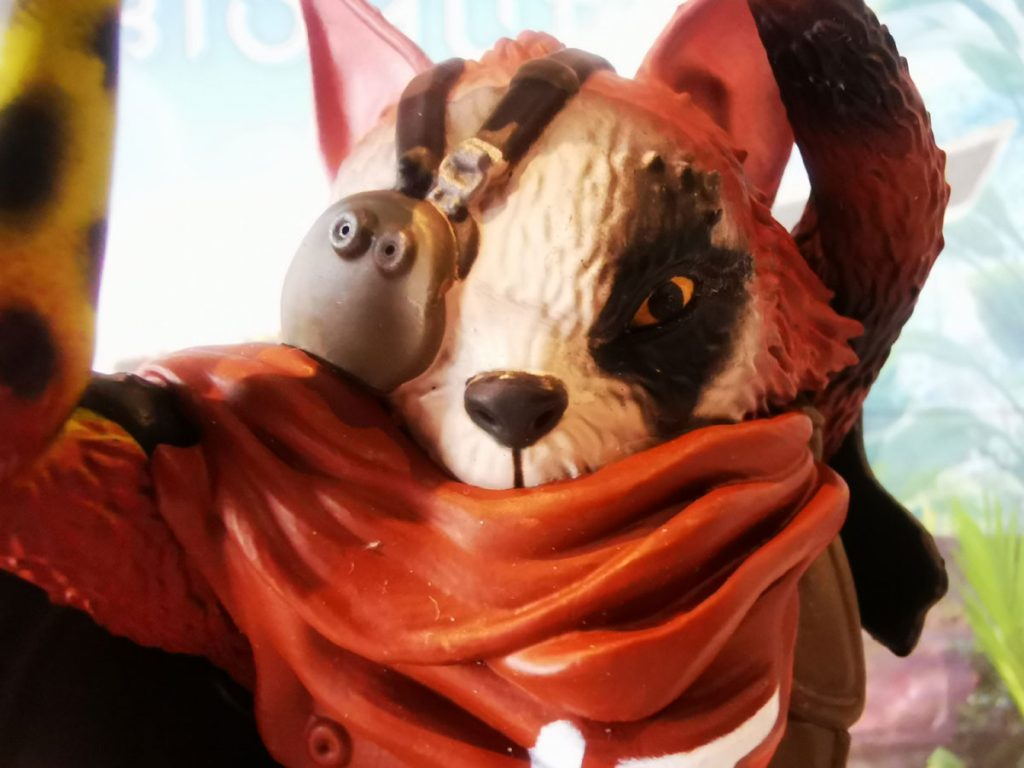 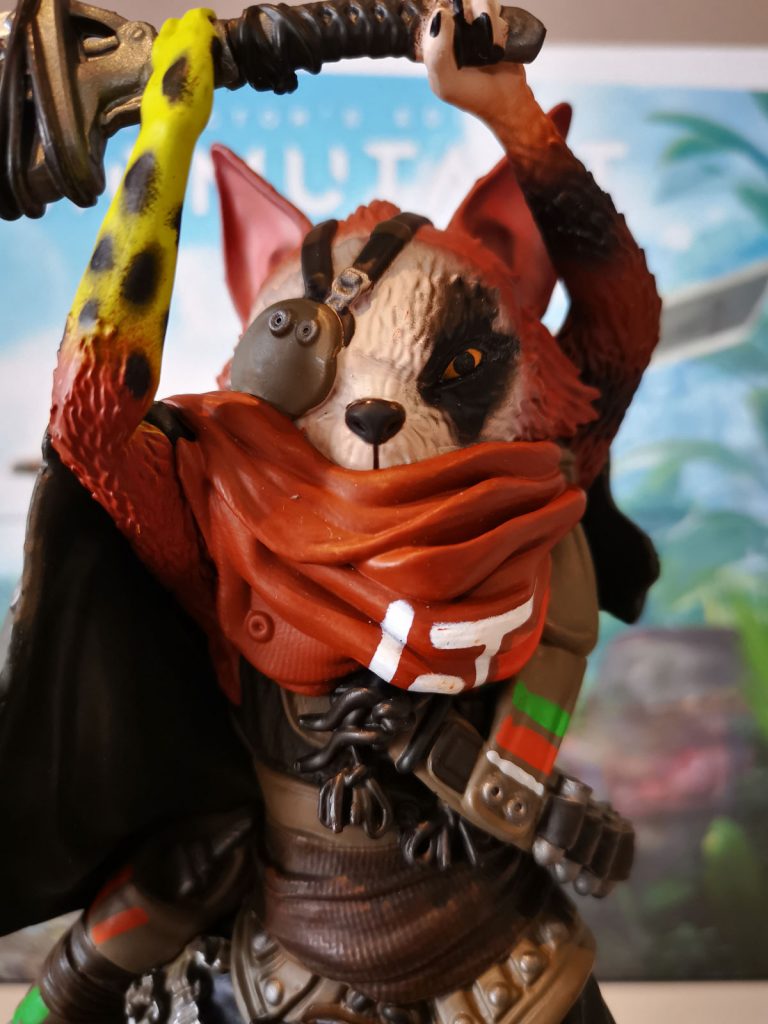 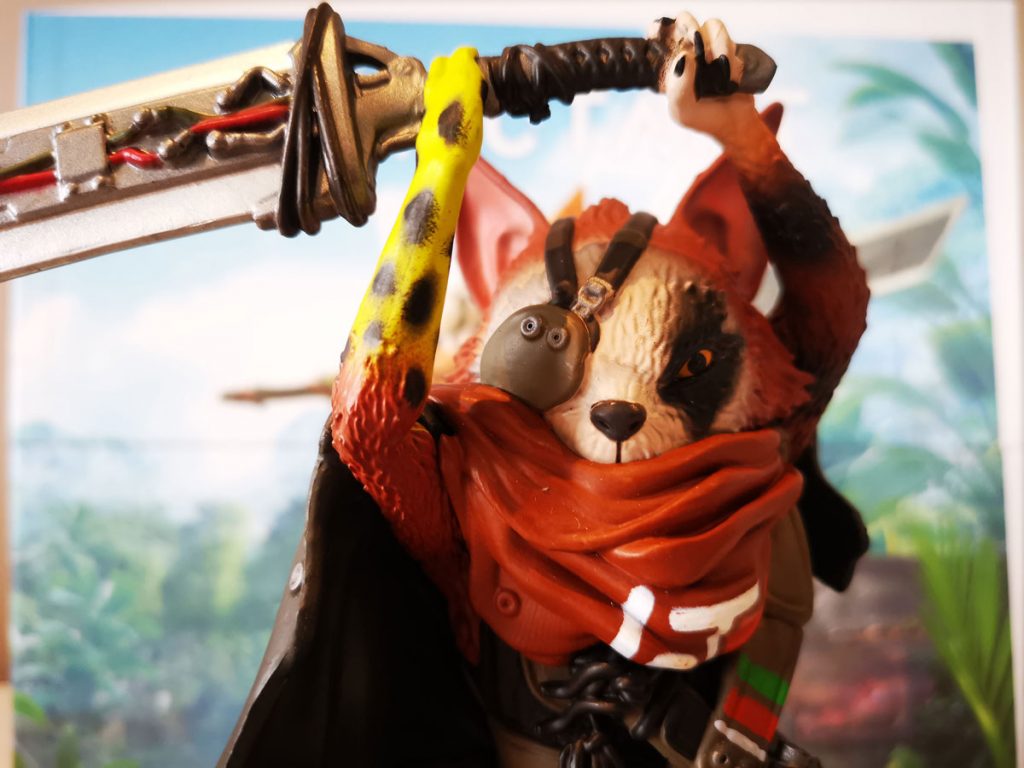 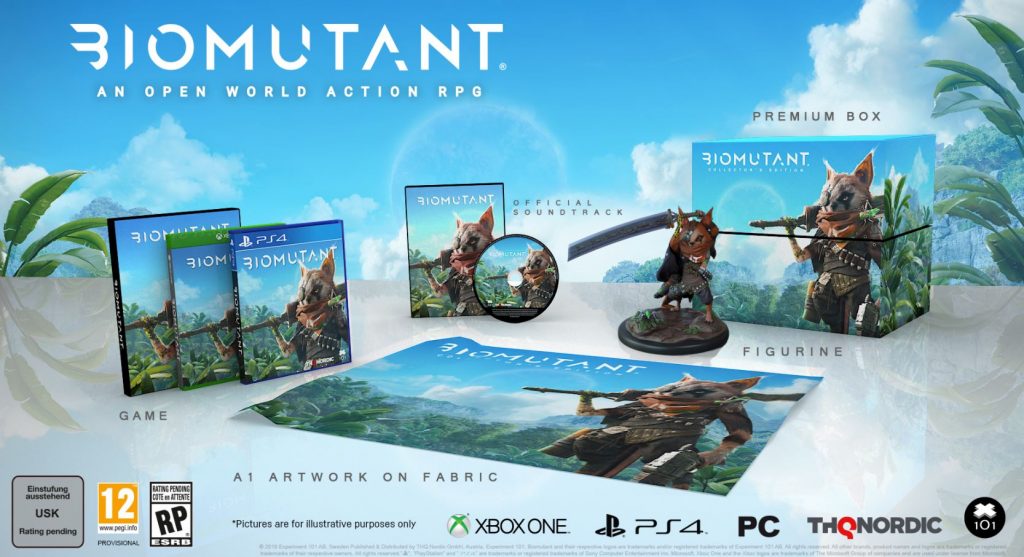 The opening hours of BIOMUTANT are really strong. There are slick combat encounters and a myriad of upgrades that give a sense that this is going to be an epic RPG. But all of that starts to get long in the tooth as the game opens up, and you realize that you’re actually playing a really pretty Ubisoft clone, with outposts and territory to seize, and mediocre quest design that feels like nothing more than going from point A to point B to do some really awesome kung-fu combat. 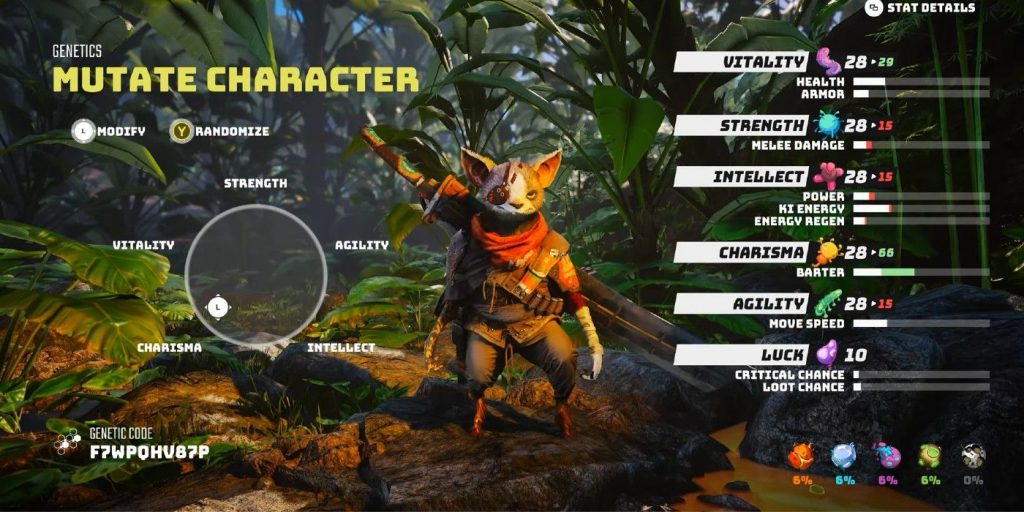 BIOMUTANT takes place in a post-apocalyptic world where INSERT EVIL CORP HERE caused an international incident that devastated humanity. In the aftermath the mutants arose, forming clans across the land and starting anew. However there is a new apocalyptic threat on the horizon, and that’s where your nightmare smurf mutant comes into play, as you set off across the rather large but empty regions, to solve everybody’s problems, and save the day. 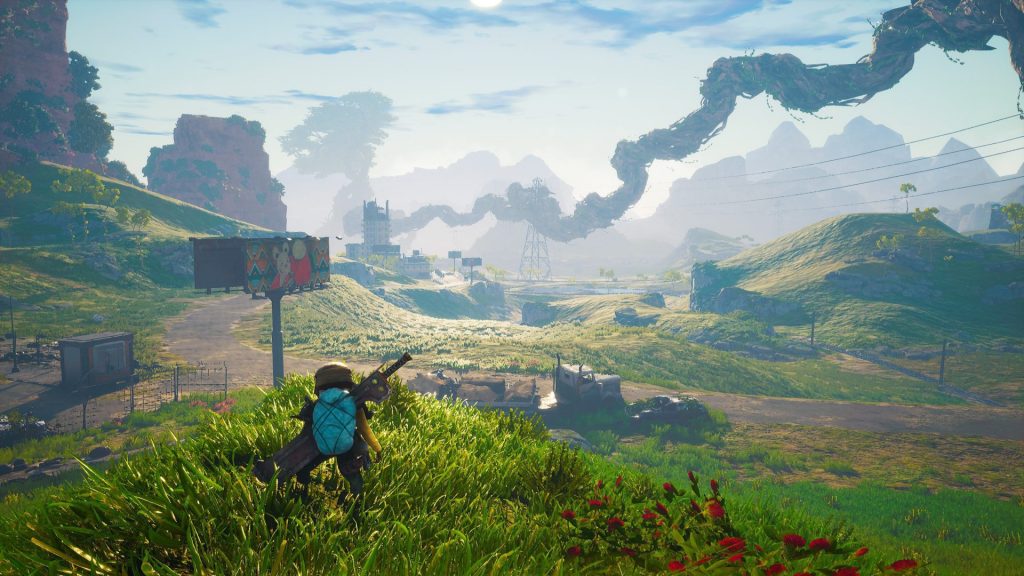 The theme of environmentalism is at the forefront at all times in BIOMUTANT, and I really respect that. There’s the setup for the extinction of mankind, the need for the mutants to save the world from the new threat, the crafting system which is literally upcycling scraps you find out in the world. It’s really great to see a bigger game take a stance on these issues, and deliver it in an approachable way that has you thinking outside of the actions on the screen. But that’s where my praise of BIOMUTANT ends because for the most part, we’ve already played this game a dozen times before. 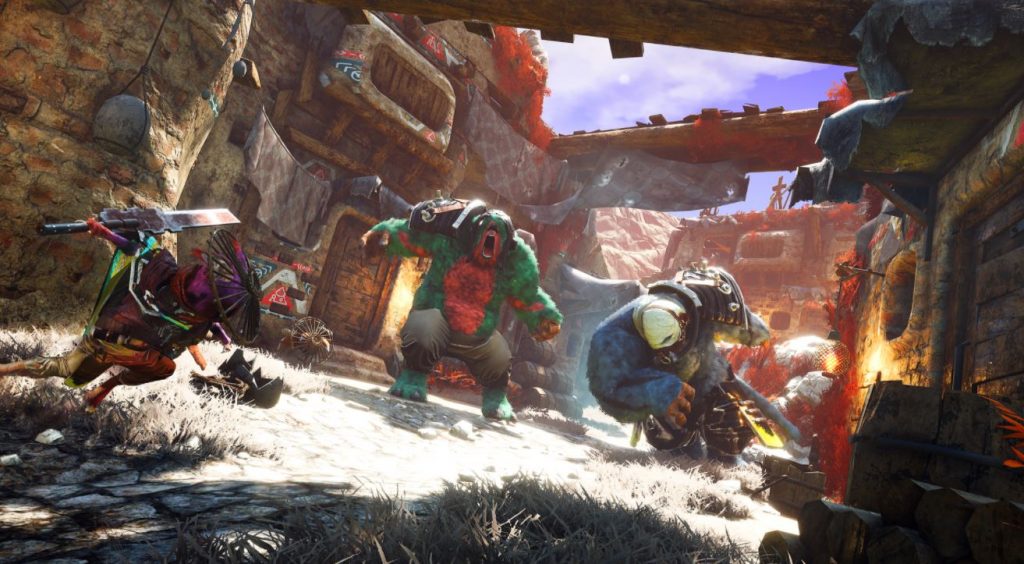 Quest design is stock standard “go here, kill that”, kind of fare. In order to complete humdrum task A, you will need to traverse the expansive landscapes that are largely empty. Of course, this makes sense due to the fact that humanity has been eradicated, but it doesn’t necessarily make for a very fun video game. There are mounts to discover and tame, but more often than not it was just as quick for me to sprint on foot as it was to call my badly controlling totally not a Fortnite Llama, and sprint across that way.

There are outposts to unlock and clear, mainly so you can skip traversal and just use the fast travel system if I’m being honest. The territory control seems to have little to do with how easily I was able to move around the area. There’s a morality system that is childish at best, and how it affected what was going on was never truly apparent to me.

It feels like the developers just threw a thousand ideas onto a dartboard, and only designed them to the bare minimum. There’s a tonne of loot to find in BIOMUTANT, all with incredibly detailed stats and resistances to elements, but they are rarely used in interesting ways. There are combos to unlock for a variety of weapons, but they feel like nothing more than slick animations with higher numbers, as the combat lacks true weight. The characters are interesting to look at, but like the systems behind the game, they rarely have any depth to them, just a vehicle for the story to continue unfolding. 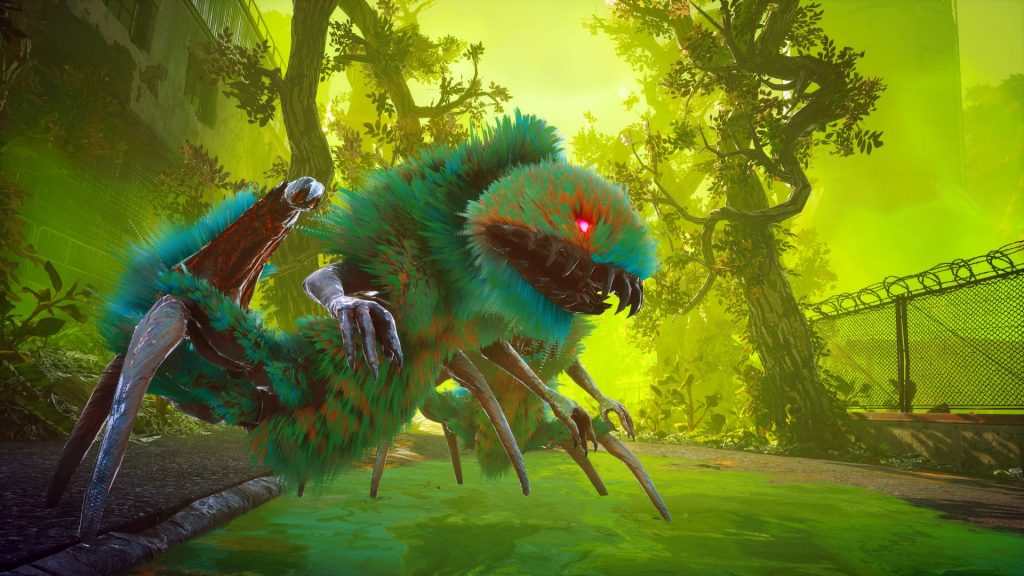 And this really sucks, because there are some really promising moments in BIOMUTANT. All of the boss encounters are memorable and have some real shock value. Discovering hidden bluffs and digging for supplies along the clifftops is a really great experience. Getting to run around inside of a hulking mech is totally awesome.

BIOMUTANT is a really gorgeous game. Its lush forests and rolling hills are some of the best we’ve seen yet, and the crumbling concrete of the wastes is actually terrifying in contrast. The art design is really on point here, straddling that line of realism and cartoon with ease. In that respect, I absolutely cannot fault the magic that unfolds on the screen, because it looks utterly stunning. It’s such a shame that it just isn’t really much fun to play.

BIOMUTANT has a lot of charm, and a lot of promise when you first boot it up. But after a few hours, you start to see the cracks, the lack of depth, and the magic melts away. If you’re up for an outpost clearing, kung fu adventure it might be fine for you. However many of us were hoping for something more but the goodies in Collector’s Edition is totally impressive.