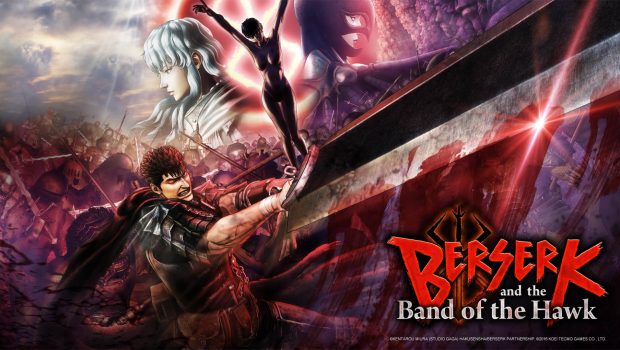 Berserk and the Band of the Hawk PS4 Review

Summary: If you’re looking for a Hack-N-Slash game with an awesome visual style and an initially compelling story, or you’re just a Berserk fan, then you can do far worse than to dip your toes into these waters.

Somehow I’ve managed to make it through three decades of my life without experiencing the world of Berserk. First coming to my attention after Miyazaki name-checked the Manga as a heavy inspiration on the aesthetic of the Souls series, Berserk and the Band of the Hawk is a suitably bloody adaptation of the revered series. 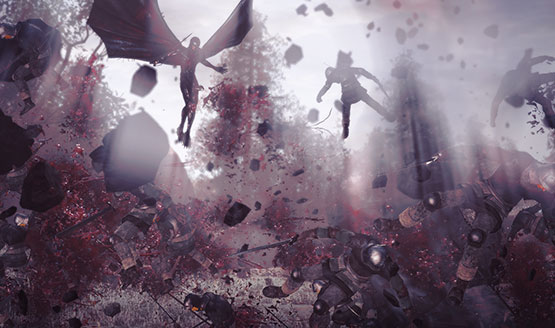 Developed by Omega Force Studios, the team behind the Dynasty Warriors series and, for a brief period in its troubled history before Team Ninja took the helm, Nioh. It’s not hard to imagine that, had Omega Force remained in control of Nioh, the end result may have somewhat resembled what’s on display here with Berserk and the Band of the Hawk.

After the unexpected (but totally justified) success of Nioh and its unique take on the Souls gameplay formula, one may come into Berserk expecting a similar beast, especially considering its influences on the aforementioned series.

Personally, this approach would have been the best fit for the exploring this digital representation of Berserk’s universe, but with Omega Force you kind of already know what you’re going to get out of the box: Some slight variation on the long established – and some may argue stagnant –  Dynasty Warriors formula with a Berserk skin slapped over the top. 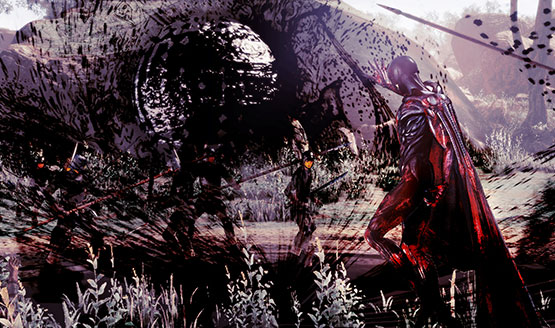 And unfortunately that’s all Berserk and the Band of the Hawk aspires to be. Your mileage on how much you enjoy the game will depend on both your appreciation for the source material and whether or not you’ve had your fill of the Warriors series.

The first half of the game basically serves as a retelling of The Golden Age story arc, with cutscenes taken directly from the animated films. The animation here is suitably high quality and Omega Force has done a decent job of pulling together the footage and presenting it in a coherent way, even if one or two plot points are completely absent here. 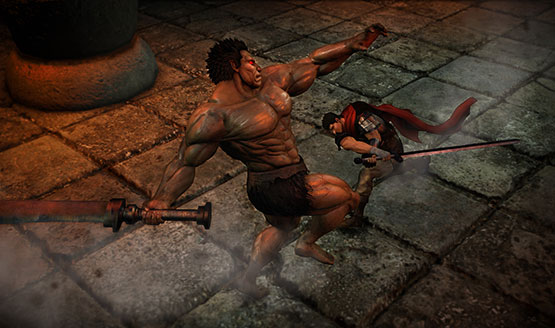 The second half of the storyline deviates from this formula and, without the films to use as a crutch, in-game cutscenes become more prevalent and lack the weight of the animated sequences. Even more disappointingly, the healthy momentum and impetus provided by playing through the first portion of the story and guiding Guts on his journey to becoming the Black Swordsman is all but squandered here as it quickly becomes apparent that Omega Force had to condense and rush through so many different narrative elements in order to try and put a cap on everything by the time the credits roll.

Despite this, Berserk and the Band of the Hawk is still a fun game to play through, and the issues I had with the narrative in the latter portion of the game were also somewhat compounded by Guts becoming more and more powerful and, by proxy, enemy encounters becoming less challenging. 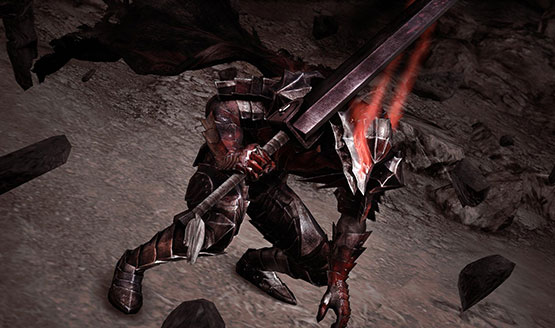 Storming onto the battlefield and cleaving your way through hordes of enemies is initially super satisfying in a way that will be familiar to anyone who has played a Warriors game before. With an almost obscene amount of action on the screen, one can easily overlook any graphical downgrades necessary for such a sheer volume of enemies to be on the screen at once.

However, the sheer amount of enemies just isn’t enough to “Wow” me the way it once may have; in order to maintain interest, Berserk needs to have a dynamic and in-depth combat system. Unfortunately it doesn’t quite pull this off; although there are a fair few different attack combinations, at the end of the day they all basically amount to you hammering the attack buttons mindlessly. Unleashing a special attack, such as the aptly titled Berserk mode, can add a bit of flair to proceedings and there are a variety of weapons to choose from but, ultimately, the combat just comes off as feeling more than a little shallow and repetitive. 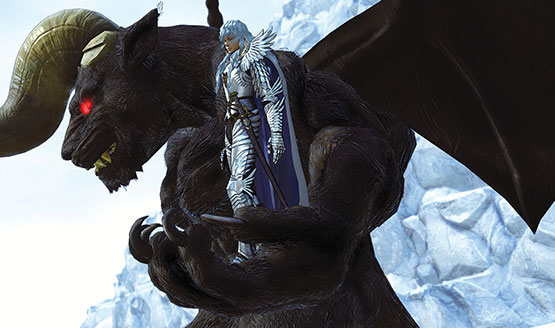 Attempts to break things up by throwing Guts into miniature boss battles sadly fall flat as the flaws inherent in the combat system make themselves even more evident when forced into what is essentially a one on one situation. Your attacks are all quite broad and designed to cut a swathe through enemy hordes, meaning that, even with the lock-on targeting, these boss battles feel cumbersome and it’s hard to land attacks with any real kind of precision. Couple this with overly jacked health bars and the boss encounters quickly become a groan inducing battle of attrition.

As you progress through the game you’ll unlock additional characters and gain levels and equipment in order to augment your strength and attack effectiveness. It’s all very welcome but, honestly, has less effect on the actual gameplay mechanics as you’d expect and doesn’t change the fact that things essentially boil down to hours of prolonged button smashing. 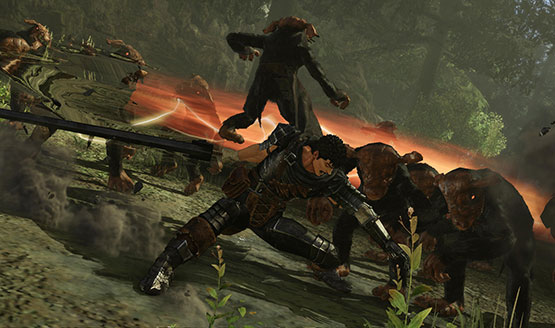 As touched upon above, visually Berserk and the Band of the Hawk is serviceable at best, looking more like a late era PS3 title, and not an extremely flashy one at that, but the cel-shaded graphical style does admittedly get the job done. The animated cutscenes are lavish, but then why wouldn’t you just pick up the films and enjoy them in their entirety if they’re your main incentive to keep playing?

The world of Berserk is certainly aesthetically unique and Omega Force does take advantage of the source material and offer up some nicely designed stages, but then this goodwill is almost abolished when you’re forced to trudge through these same stages as they get reused throughout the campaign.

As has become the norm with Koei Tecmo games, the dialogue is all in native Japanese, which may deter some players but should be expected by those familiar with KT and Warriors games. 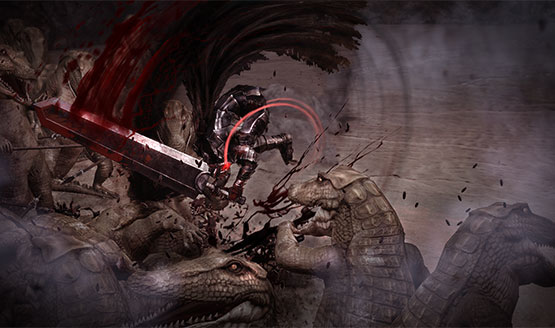 Probably the biggest strike against Berserk and the Band of the Hawk is, paradoxically, that it got me into the Berserk franchise.

Between this and a recommendation from my editor, I jumped in and immersed myself in the films and the original Manga, which had the effect of making me realise quite how much missed potential there was here.

I can honestly say that I had a better time with the game prior to realising how many elements such as the visual design and the storyline, were ripped almost wholesale from the source material , as these were the aspects of the game that appealed to me the most. 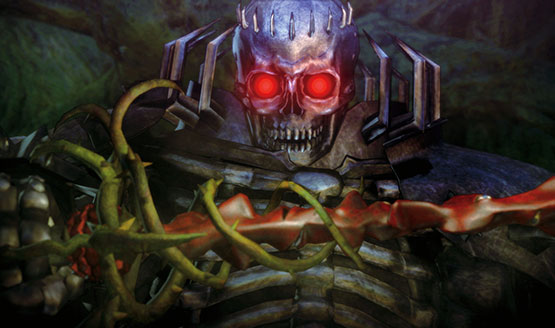 When you remove the Berserk accoutrements you’re left with a fairly generic Warriors game that lacks the depth of even some earlier titles, which is a crying shame as Guts definitely deserves better.

Still, with that said, if you’re looking for a Hack-N-Slash game with an awesome visual style and an initially compelling story, or you’re just a Berserk fan, then you can do far worse than to dip your toes into these waters… Who knows, like me it may just serve as a gateway to players discovering the franchise as a whole, and that can’t be a bad thing.

Chuck in some additional modes, such as Eclipse mode and Free Mode, allowing you to take part in a survival challenge mode and replay levels with the character of your choice of your own volition and you have a surprising amount of replayablity options for what is a fairly shallow, but admittedly fun, gameplay experience 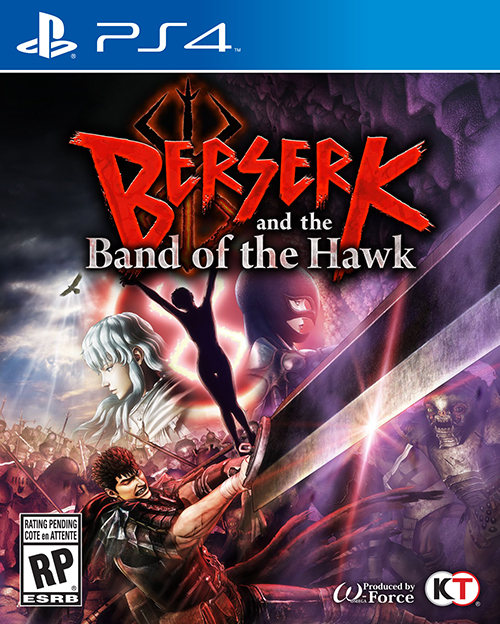