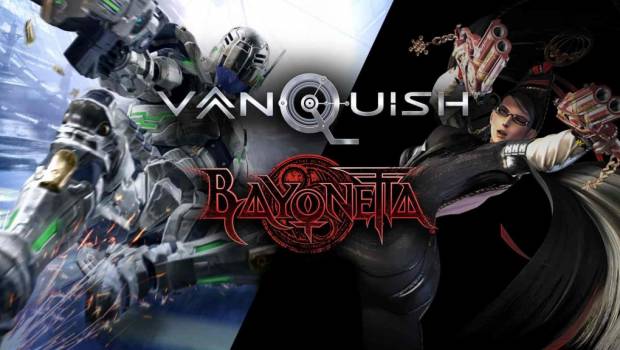 Summary: If you missed either of these titles upon their initial release, there’s really no excuse to not give them a look in if you’re even slightly a fan of the third person action genre.

Two classics for the price of one

PlatinumGames have a bevy of top notch action titles under their belt and have managed to maintain a fairly consistent quality standard across their myriad efforts, but perhaps one of their most successful and fondly remembered franchises would be that of Bayonetta.

Created by Hideki Kamiya, the mind behind the awesome Devil May Cry series, Bayonetta built upon the foundations of that aforementioned game franchise and offered third person hack’n’slash fans a stylish and challenging unique take on character combat mechanics. 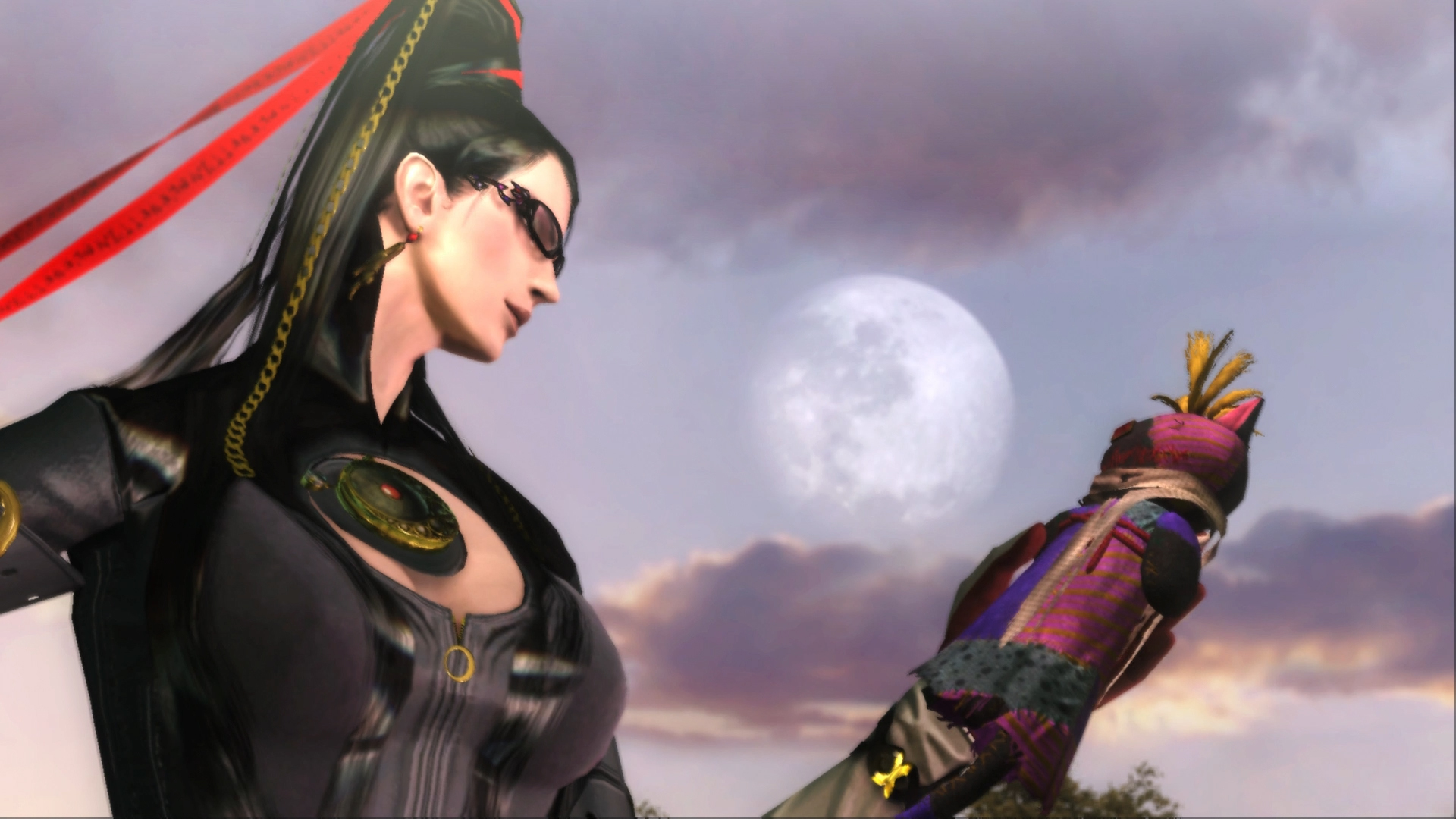 Featuring a Waifu witch with a predilection for shooting stuff and whipping her hair in a manner that would make Willow Smith green with envy, Bayonetta was an almost immediate hit that helped cement PlatinumGames as a studio to keep an eye on.

Although the series would subsequently move exclusively to Nintendo consoles, the first entry is still regarded as a high water mark for the genre, so it’s not entirely a surprise that PlatinumGames and SEGA would elect to give it the old HD razzle dazzle and put it back on the market for both nostalgic fans as well as those who may have missed it on its initial release. 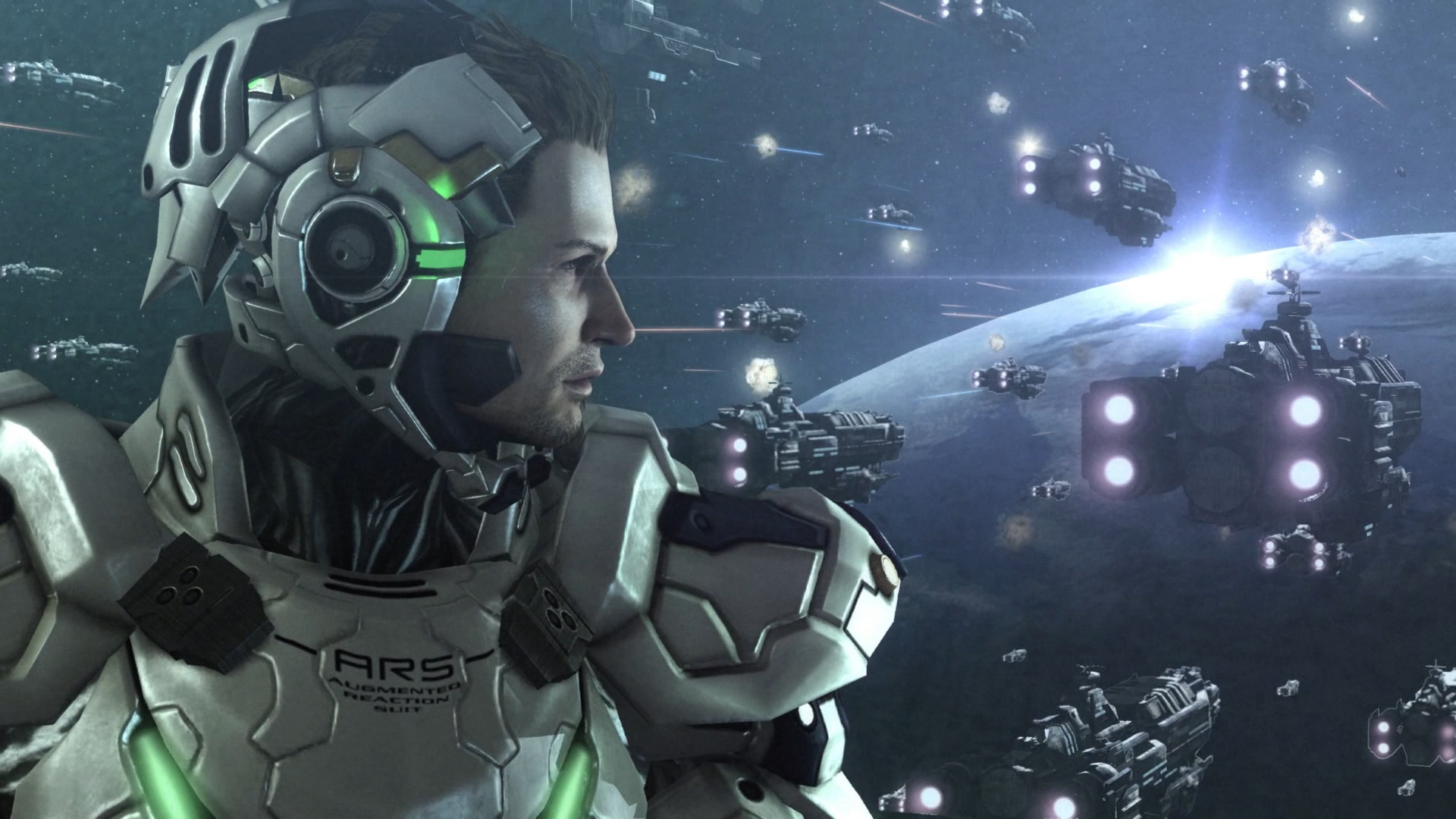 What wasn’t such a foregone conclusion, however, was the surprising addition of another PlatinumGames joint, the criminally underrated Vanquish.

Designed by Resident Evil maestro Shinji Mikami, Vanquish is a frenetic pulse pounder of a third person action game where the somewhat drab visuals, janky dialogue and overly-convoluted narrative structure all fail to besmirch the immensely satisfying hyperkinetic  gunplay that forms the core conceit of the game. 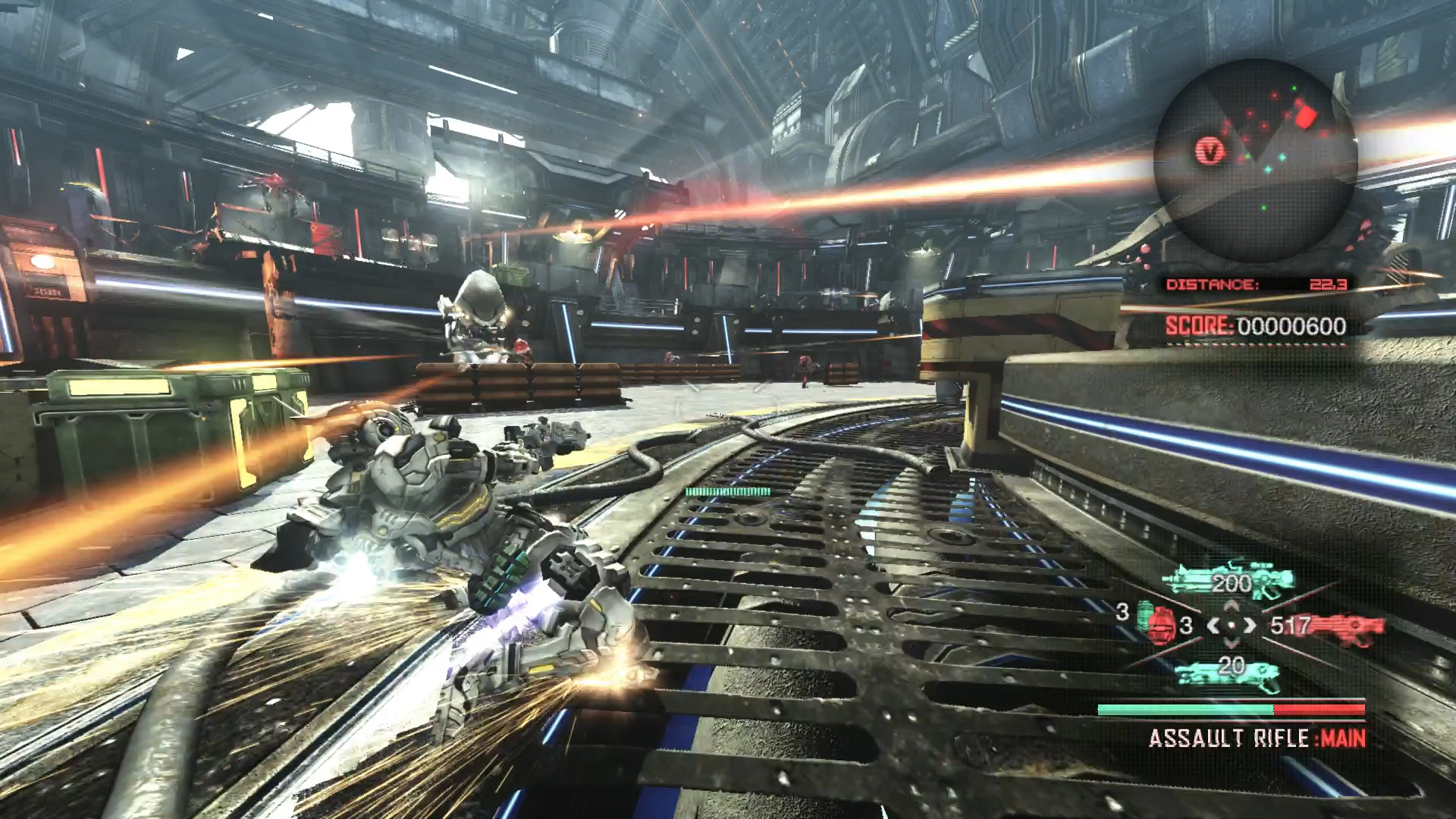 Players are tasked with using a mech suit of sorts that allows for almost endless sliding across the arenas on your knees; using this slide mechanic and boosting around to flank enemies and move from cover to cover makes for a super enjoyable experience that is unlike any other shooter I’ve played.

Vanquish manages to take on elements of 2D bullet hell games and cover shooters and effortlessly transplants them into the third person action genre, which, when coupled with the hammy voice acting and grandiose “GUNG HO AMERICA!” plot filtered through a very Japanese lens, makes for an extremely unique experience and one I find myself lamenting missing out on during its initial release, as this kind of quirky take on the usual formula is totally my jam. 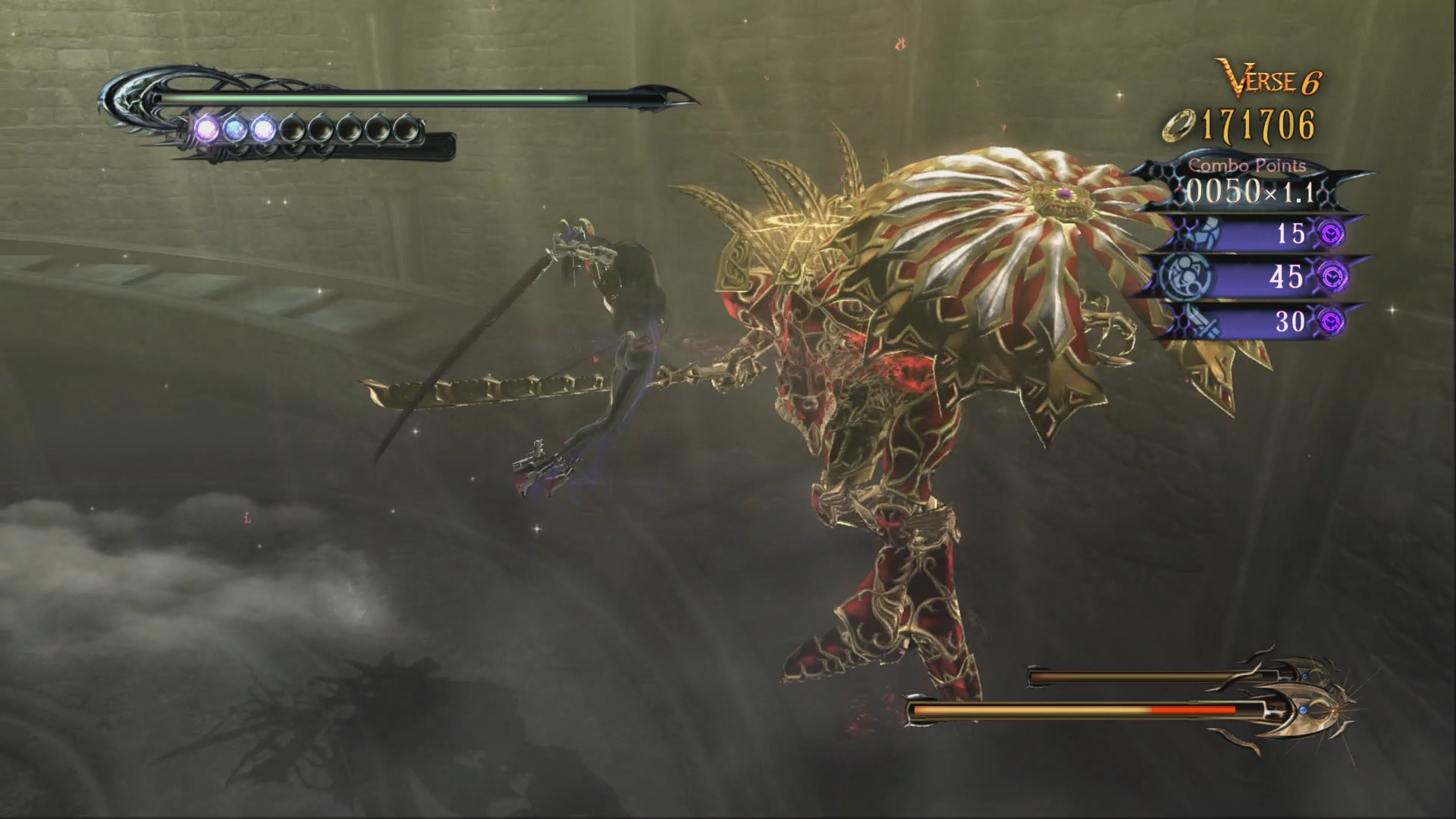 Bundled together to celebrate their respective ten year anniversaries, both titles have received a 4K glow up as well as a framerate boost, both prerequisites for any remaster worth its salt. Often developers will also go back and add a few extra treats for fans, particularly to add an incentive to those looking to double dip, such as concept art, DLC content and the like.

For whatever reason, however, PlatinumGames and SEGA have elected to do the bare minimum when it comes to this release, with the two previously mentioned amendments literally the total extent of the tweaks and changes present here. 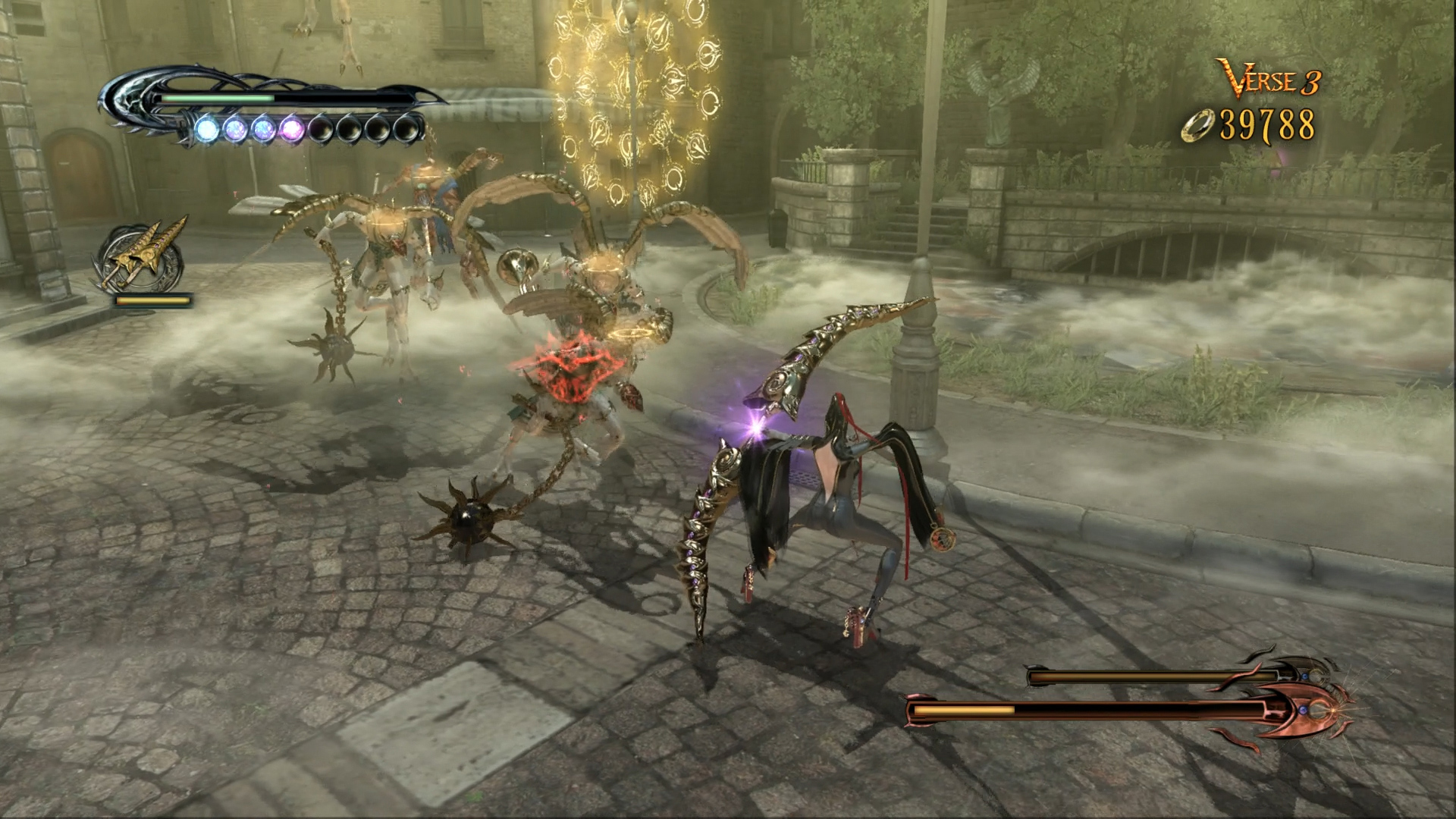 Whilst both games certainly manage to hold their own even today in the gameplay department, visually they’re both really showing their age. Vanquish in particular looks quite dated but neither game was held up as the pinnacle of graphical capabilities upon their release and that’s even more evident with the space of a decade of technological advancements in console graphics since then.

Don’t get me wrong , they’re both serviceable in terms of their visuals but they both carry an aesthetic that is very of their time. 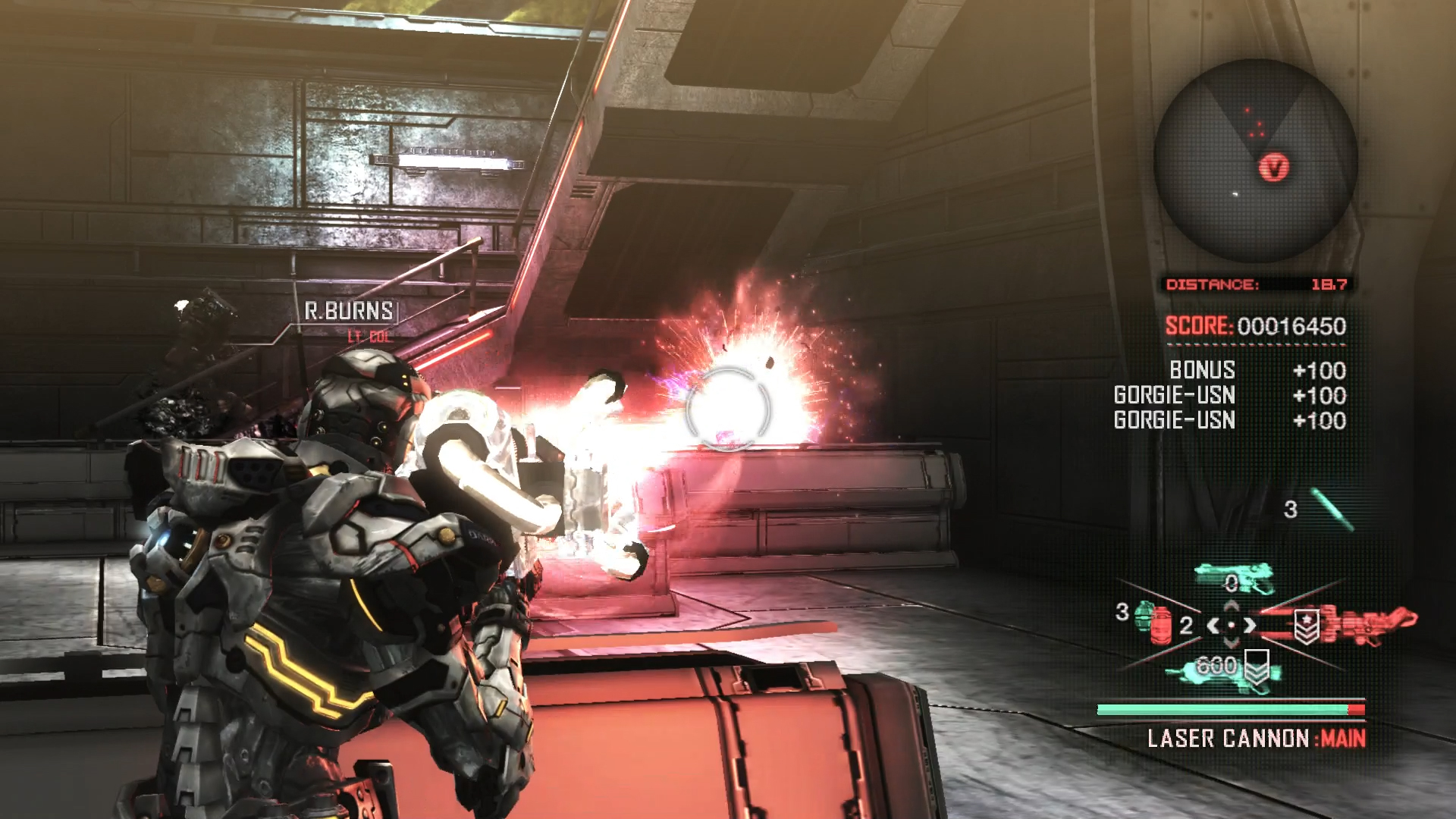 When it comes to performance, neither game can be faulted, with no noticeable framerate dips evident in either gameplay or during cutscenes; both titles stick at a rock solid 60fps and this stability help lends itself to the silky smooth feeling of the gameplay on offer across both of the titles.

The audio is crisp and clear but doesn’t seem to have had any extra attention afforded to it, at least from what I can ascertain. 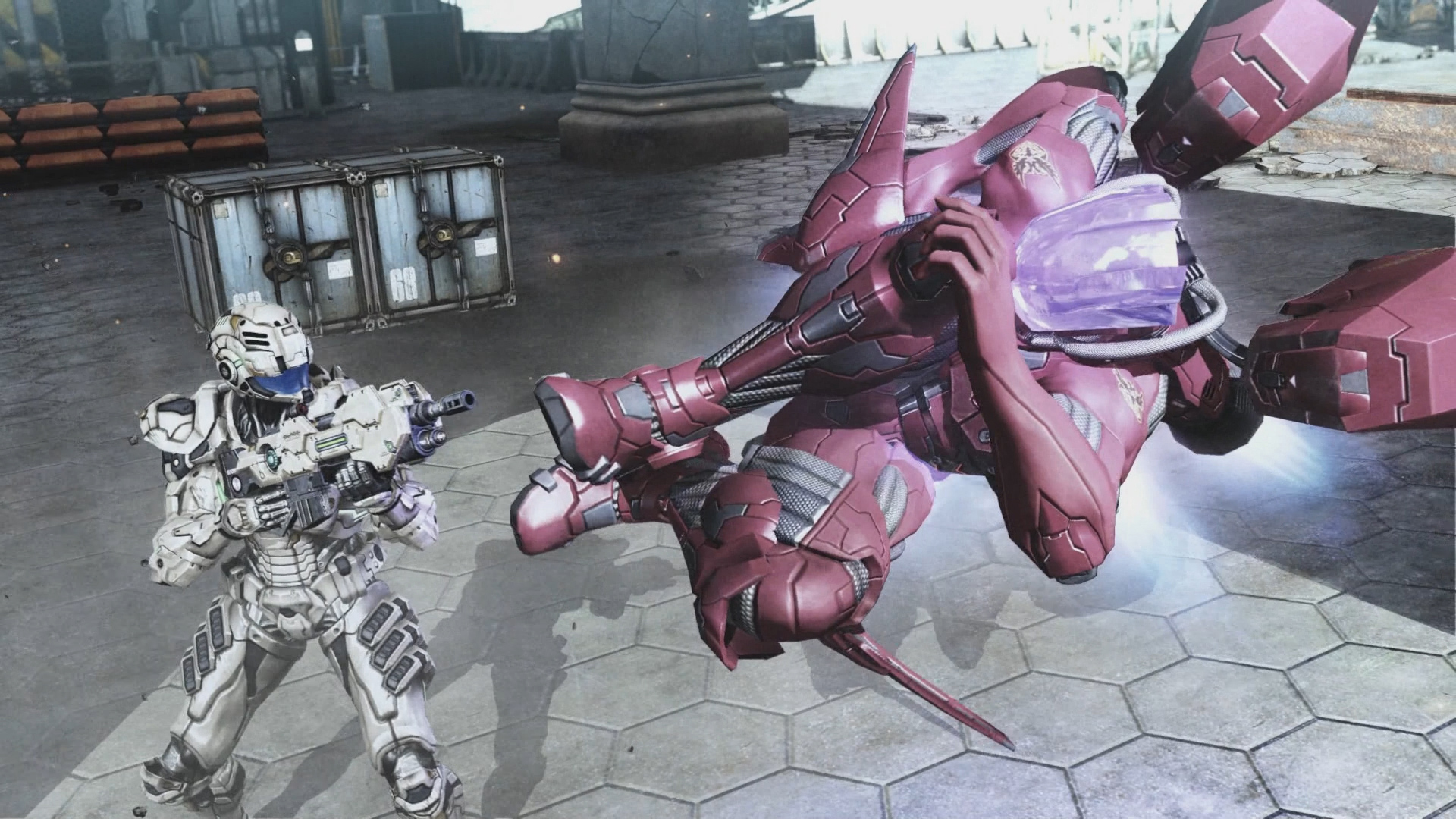 Despite definitely showing their age in some respects, both Vanquish and Bayonetta hold up extremely well against modern counterparts when it comes to the pitch perfect gameplay. If you missed either of these titles upon their initial release, there’s really no excuse to not give them a look in if you’re even slightly a fan of the third person action genre.

Vanquish in particular caught me off guard with how much I enjoyed it and how intuitive the controls were; Bayonetta is no slouch in the enjoyment sector either but the controls didn’t feel as easy to come to grips with, whereas with Vanquish it become second nature almost immediately. Of course, your mileage may vary, and I’ll be the first to admit that I might be lacking somewhat in the finger dexterity department when it comes to chaining together hack n slash combos, but I definitely found Vanquish the easier game to pick up and master. 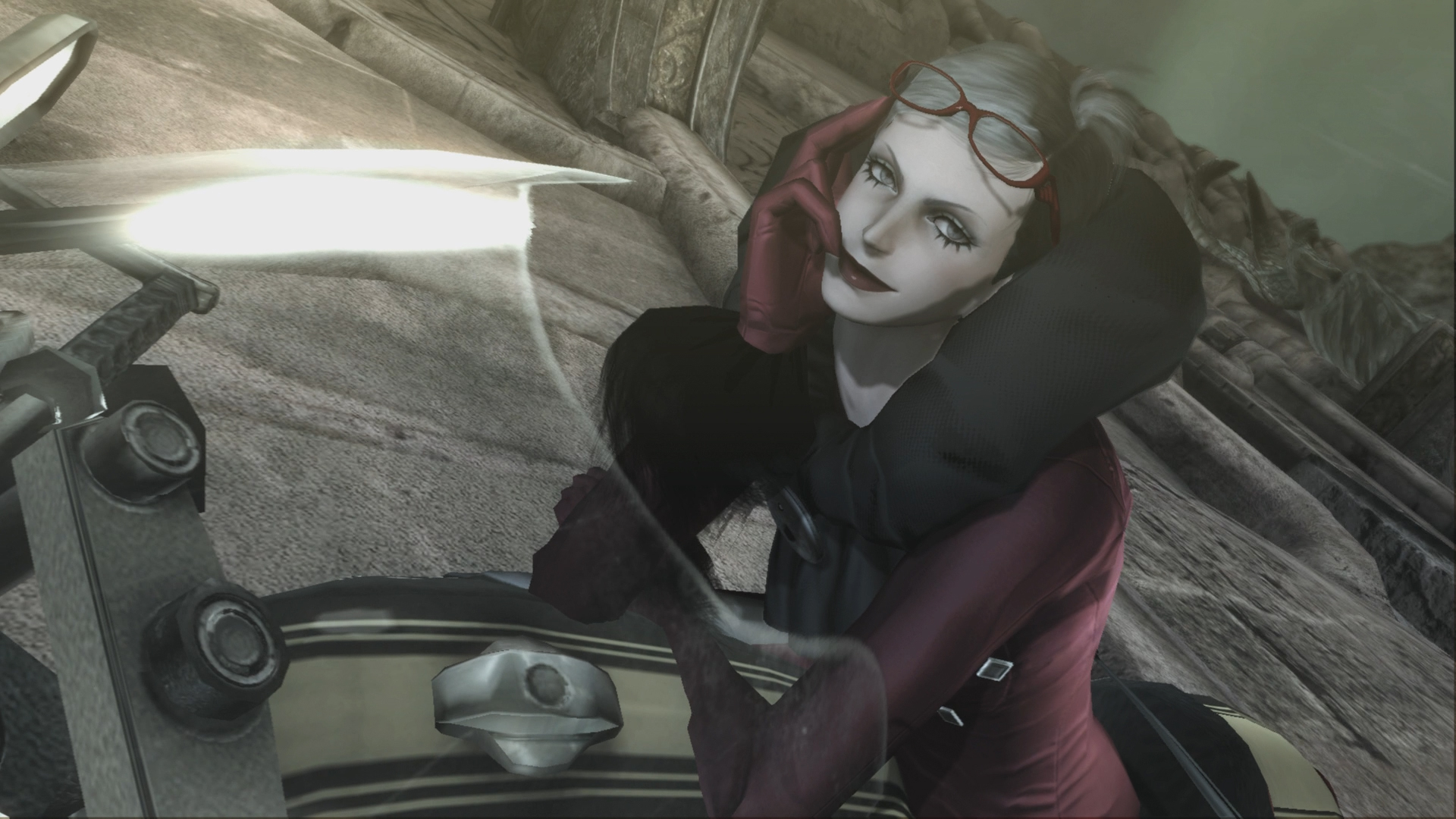 My only gripe is the absolute bare bones quality of this release; sure, you get two pretty awesome, albeit relatively short, titles for a bargain basement price, but it would have been nice to have had a few extra bones thrown in for fans to gnaw on… Hell, I’d have even accepted the inclusion of the cheesy as Chester Cheetah’s balls ‘Bayonetta’ anime but, alas, there’s nothing of the sort.

Still, this bundle is a pretty easy recommend for fans of Japanese action games and is a good way for fans of PlatinumGames’ more recent work to get a little bit of insight into the early days of the studio. 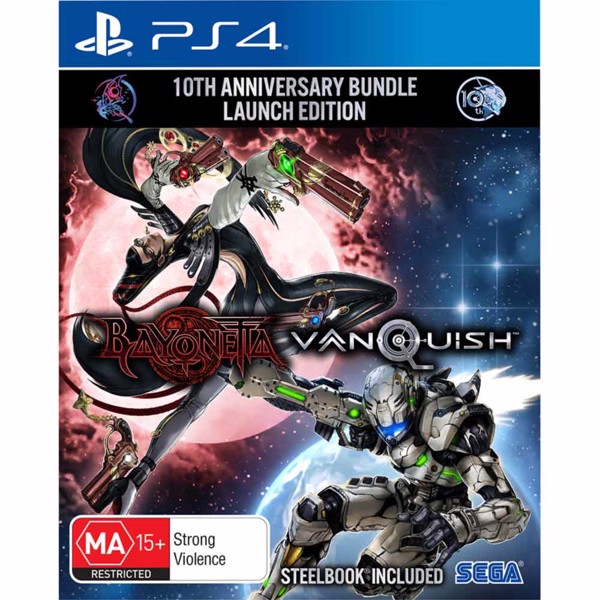