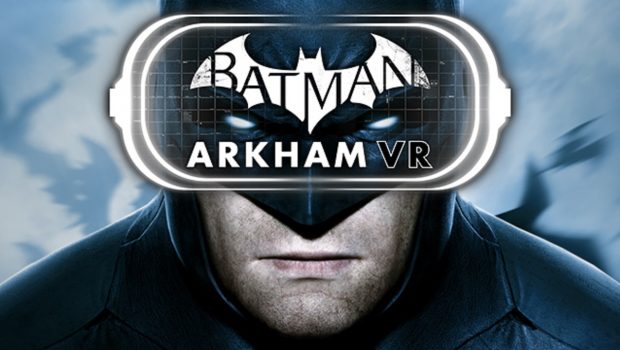 Summary: Batman: Arkham VR seems more of a short nod to VR than a true attempt at a full game. It is more of an Experience with game elements.

What makes Virtual Reality (VR) so special, particularly in Batman: Arkham VR? It gives all super fans a chance to don the cowl of the world’s greatest detective and BECOME The Batman. In Rock Steady Studios’ Batman: Arkham VR and thanks to PlayStation 4 VR, players are dropped into a full immersion of the world Batman lives in. 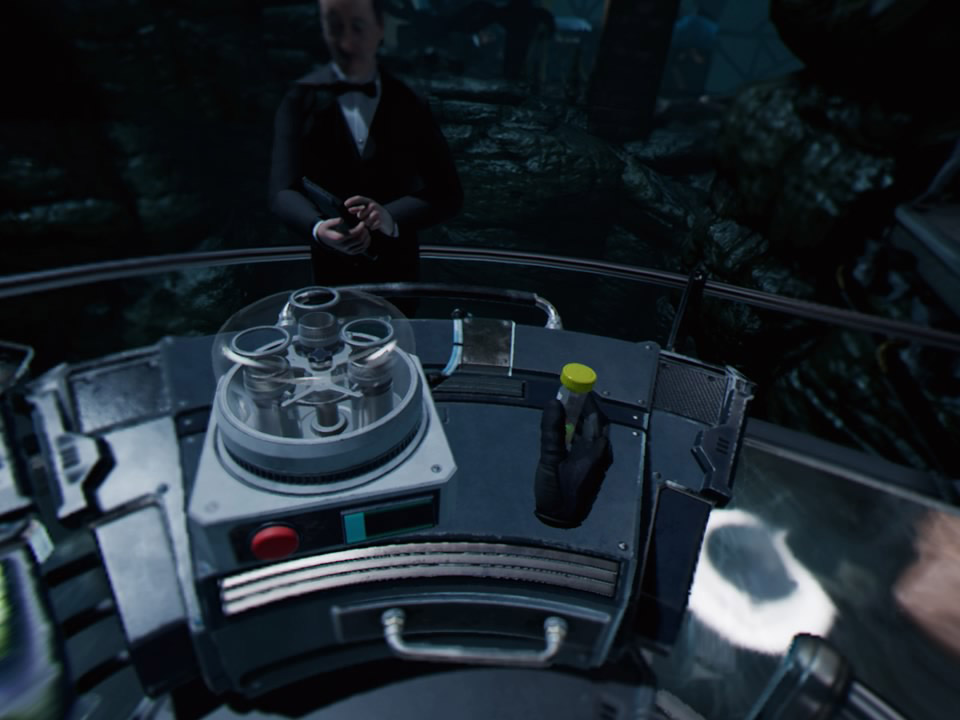 However it does border more on tech demo and while defining this as a game may be walking the line, I view this more as a Batman Experience. While there are game elements, it smacks more of an interactive movie with a dose of find the items in the scene. Given that, Batman: Arkham VR has more of a focus on the detective skills of the dark knight rather than his fighting abilities. 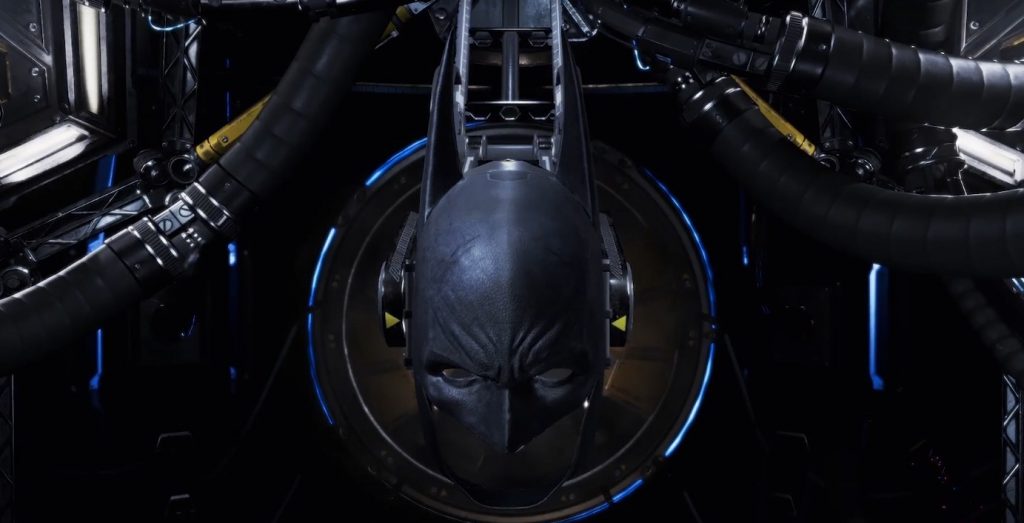 So keeping with the style of storytelling as the rest of the Batman series by Rock Steady Studios, Batman: Arkham VR is a short story that leads into the game Batman: Arkham Knight. While a short romp in itself, this game does whet your appetite for an all new level of Batman experience in the form of Virtual Reality which challenges this new medium…plus you feel like you are actually placing on the Batman uniform and oddly enough, the PlayStation VR headset FEELS as if you are wearing the cowl of The Batman.

I must admit though that playing VR games and or experiences like this, it is a little jarring at first to watch your virtual hands move around doing to what you are doing with the controllers. The REAL jarring part is that the hands on screen are NOT attached to your virtual arms as they just float around out there. You do get used to this fast, and the use of the PlayStation Move controllers soon become second nature in manipulating objects and picking them up and otherwise using them in this virtual world. The cool factor here is that players get to utilize Batman’s gadgets like the Batarang, Multiscanner and even the grapple gun. 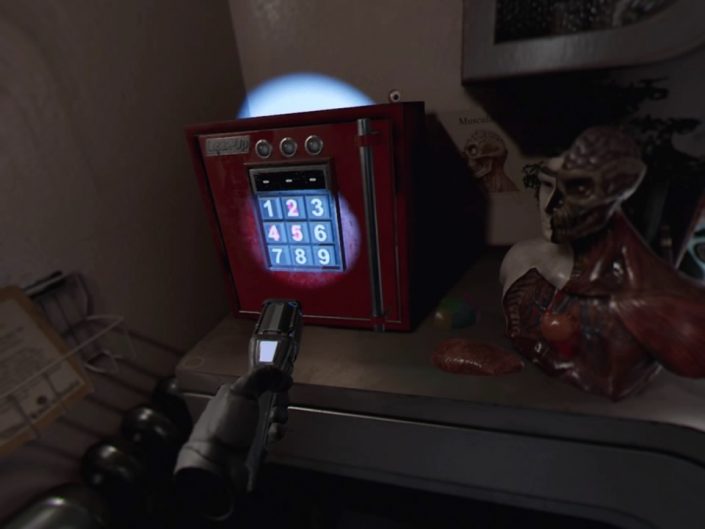 After donning the cowl and costume of Batman, there’s a key immersion moment in the game where the player gets to look in the mirror at themselves and realise that YOU are Batman. You also get to grab your gear which is pretty cool and the items are attached to your utility belt. I did get used to just reaching with the controllers at my hip or front for whichever gadget I needed without looking down at the items. But it was fun to watch my on-screen self grab the gadgets in Batman’s world… so of course, I looked most of the time!

Also, you get to explore a bit in the Bat Cave, and mess around with the computer and the case files. Once you’re on the case for the story, you end up using a scanning gadget to analyze clues and once in a while you manipulate items to figure out clues to the Riddler’s puzzles that are sprinkled about in the gaming environment. 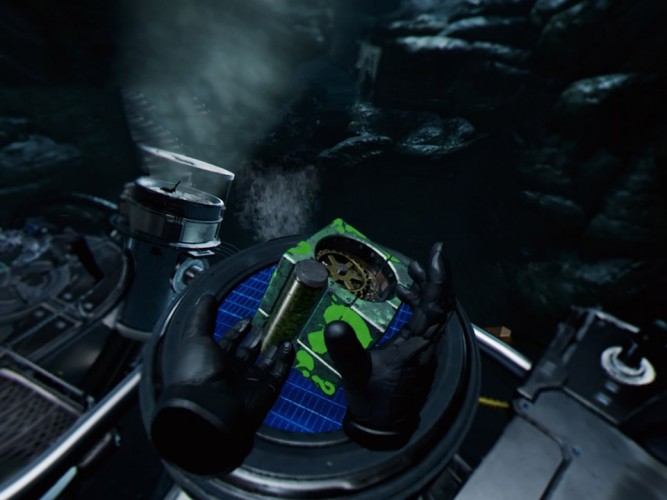 The most unfortunate thing for Batman: Arkham VR is that once played, there is little to bring you back other than having the same experience. Right now this offering seems more like a nod to VR and a promise of what can be done with a game like this in the future. It’s like a test run to placate the latest IT thing which is VR itself.

However throughout the experience as you figure things out and dangers present themselves, you soon find that unlike other Batman games, there does not seem to be any consequence to failing. One section with Killer Croc in particular, it seemed as If even if I did nothing Killer Croc would never reach me which does slightly destroy the illusion. 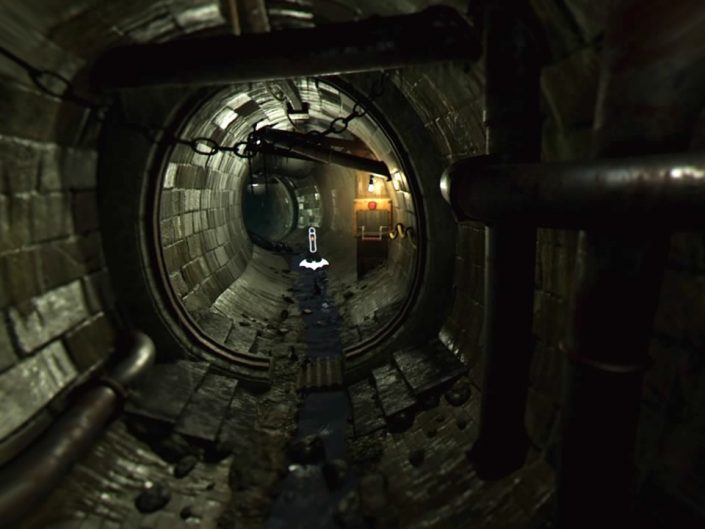 This franchise may do well in a full VR game but they do need to add gameplay and repercussions. Also for those that are affected by VR motion sickness, this game (for me anyway) didn’t give me any issues. Rock Steady Studios may have been thinking about this ahead of time and this may be why when presented with travel options like the Batwing or Bat Mobile, the scene goes dark and you are miraculously at your destination. This is a bit disappointing, because who would not want to VR in the driver’s seat of the Batmobile or the Batwing? I mean really? However in the end, the Batman: Arkham VR experience is worth it more for the very hard core fans because it’s such a short romp and others may feel a little robbed. 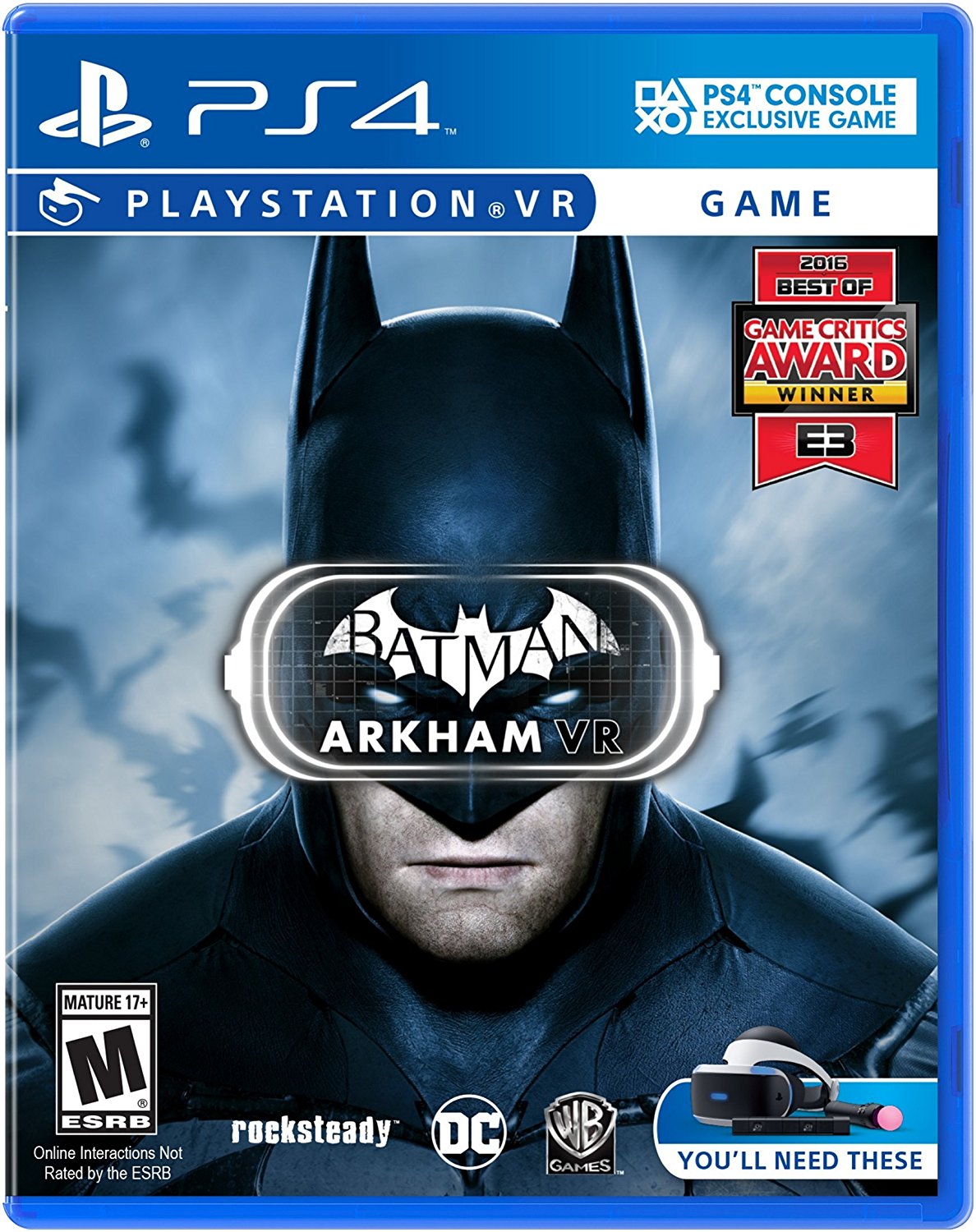