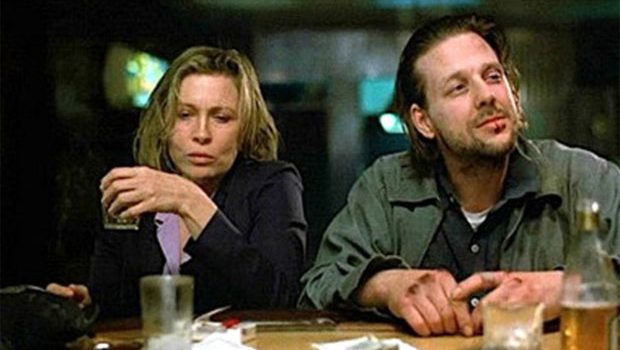 Summary: “Barfly” is a rambling film where a lot of existential navel-gazing adds up to something that feels like a long, boozy lunch.

“Barfly” isn’t set in a bar where everybody knows your name. It is set in a seedy, LA pub where a group of regulars congregate while nursing their drinks in between fights. The 1987 film is a character study that looks at three days in the life of the late American poet, Charles Bukowski. 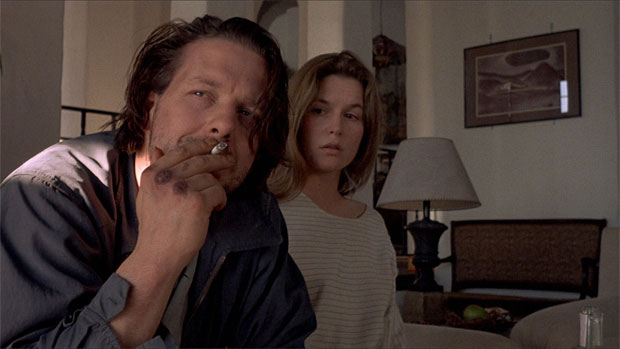 The film was written by Charles Bukowski and is a sprawling and rambling one that plays out just like one of its alcoholic characters. There is very little plot, it’s just a simple guy meets girl set-up with the world’s biggest anti-hero. The story behind the making of the film is in fact a whole lot more interesting. Bukowski didn’t want to write the screenplay and was happy to turn it down until he was offered $20,000. Plus, director, Barbet Schroeder apparently threatened to cut off his finger if the president of Canon, Menahem Golan didn’t finance it.

A young Mickey Rourke stars as Bukowski’s alter-ego, Henry Chinaski. This is a man that lives his life in LA bars, associating with various low-lifes under neon lights and scuz. He meets Wanda (Faye Dunaway) a downtrodden but classy alcoholic and the two share a romantic dalliance. Chinaski has no money and initially he shares in Wanda’s limited funds but then Tully Sorenson (Alice Krige) shows an interest in publishing his poetry in her high-falutin art magazine. The trio now have a romantic triangle of sorts to contend with. 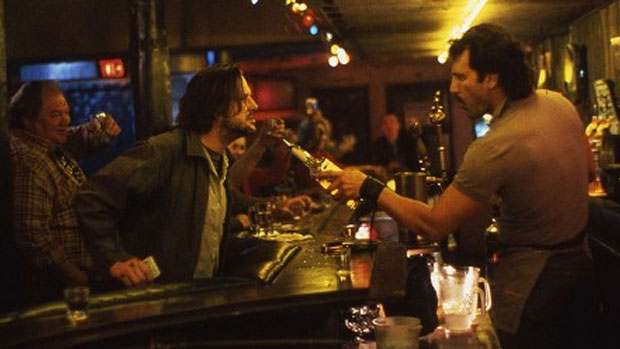 This film is a chaotic one where the flimsy plot is at least partially redeemed by some solid performances (though these paths of self-destruction may not be that big a stretch when the likes of Rourke and Dunaway are concerned). It also has some good one-liners. To wit: “What do you do?” “I drink”. This film does put a magnifying glass over some ordinary people’s experiences and it definitely revels in that minutiae.

The video and sound quality are reasonable given the age of the film but they are lacking by today’s standards. The special features are adequate and include a commentary and trailer as well as a brief cast listing/bio. There is also a 12-minute featurette about the making of the film. But the fans will most likely enjoy the brief excerpt of interviews with Bukowski the most out of all the features.

“Barfly” is a film where a lot of existential navel-gazing occurs as two characters forge a path of self-destruction where the destination is rock bottom. This is a cult film with a slacker lead character or professional drunk that plays out like a long, boozy lunch. It may be a pleasant-enough ride along the way but you will be hard pressed to remember most of it in the morning.