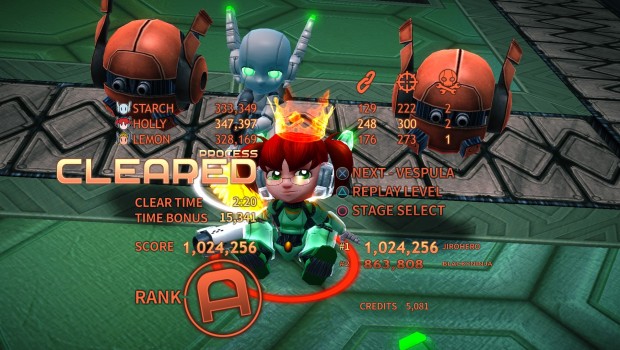 Summary: Assault Android Cactus is a delicious dish best served with everybody.

A review of Assault Android Cactus could conceivably comprise only a list of superlatives arranged in a haphazard and ever-changing formation, set to a thumping, exhilarating techno beat. This largely captures my experience with the game—electrifying action punctuated by loud cheers and groans as the success of my colourful rampage ebbed and flowed. Finding a game that compels me to be audible in a way that is not cursing it or its players (looking at you, CS:GO) is a rare experience; Assault Android Cactus manages to achieve this.

One of the more applicable adjectives for Assault Android Cactus is ‘adorable’. Cutesy charm oozes throughout this twin-stick shooter, stemming mostly from the android characters themselves. Their oversized heads and metallic-twanged voices set a light-hearted tone that’s carried throughout the game and remains obvious through level entry animations and mid-fight quips when picking up power-ups. I spent the largest chunk of my time playing as the absent-minded and off-kilter android Starch; at the beginning of each new area, she clumsily crashes into the ground and then picks herself up, ready to take on hordes of enemies while shouting ‘Pineapple!’ and fairytale-themed insults. 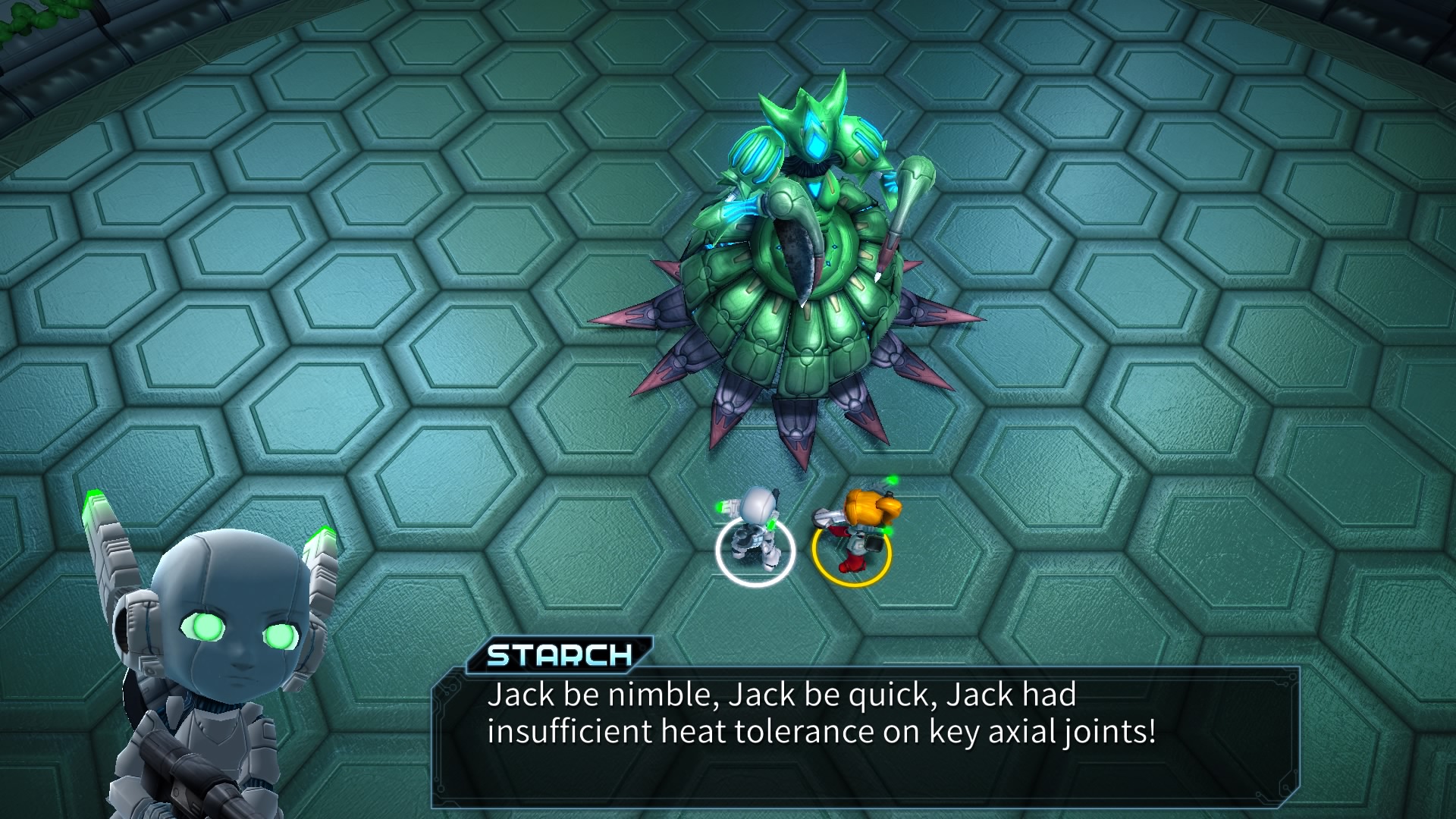 Each of the androids—in addition to a unique personality—has a different load-out that dramatically changes their functionality. Lasers, machine guns, and seeking bullets are a few of the basic weapon types; rockets, mines, and electrified energy fields are some of the heavy weapons. Rather than restricting the use of the heavy weapons, Assault Android Cactus allows—and encourages—liberal use of both weapons, which creates a healthy level of chaotic destruction and contributes to a general sense of awe and achievement. Being an android is deeply satisfying. 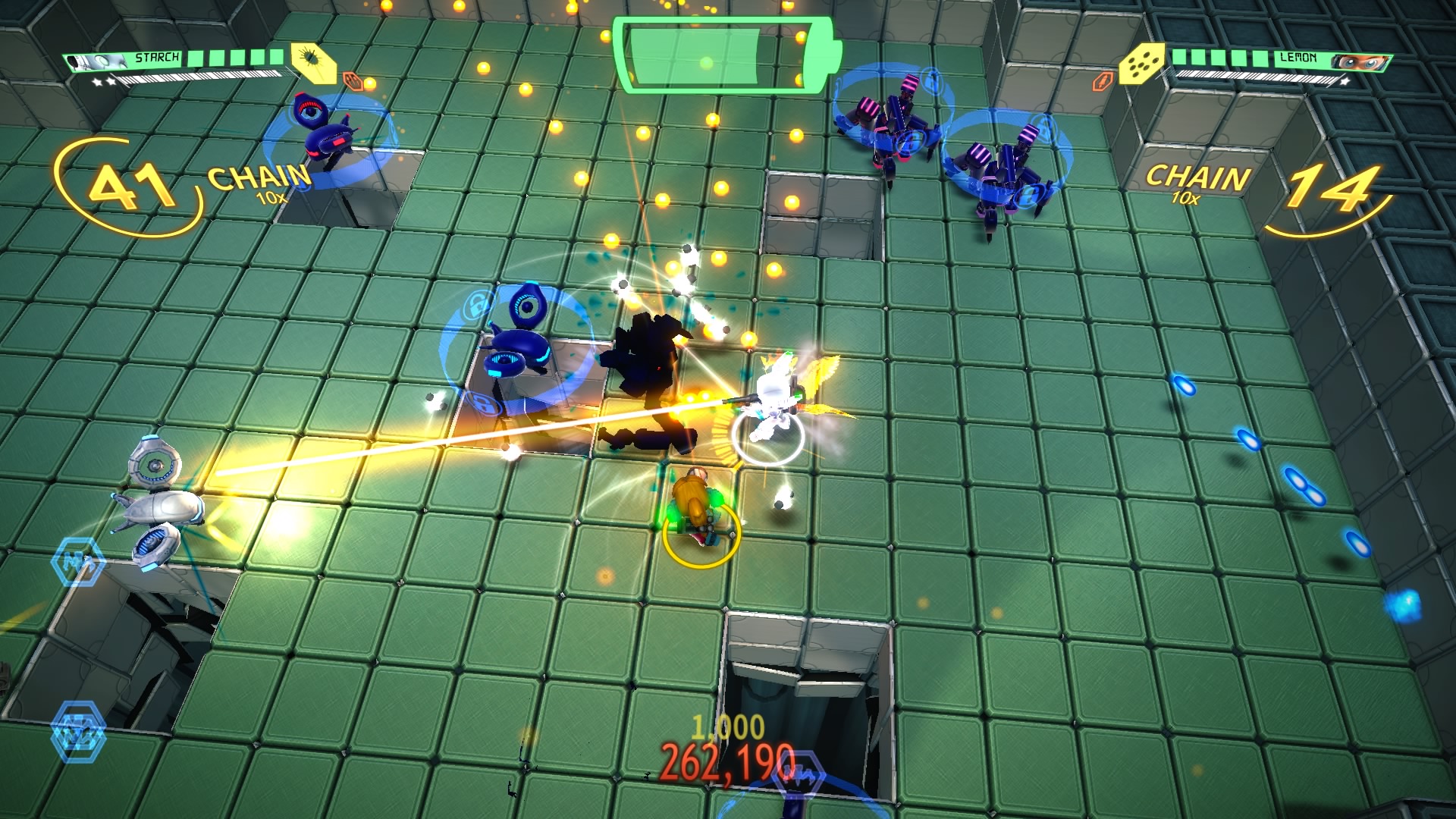 Assault Android Cactus has a logical progression: the game adds new obstacles and enemies over time which transforms the experience. Early on, the enemies are weak, spider-like robots; then larger robots arrive; then the large guys start to fire mines; then the game emphasises dodging enemy bullets, adding a pseudo-bullet hell focus. The early levels are simple, but then levels start to become more dynamic: maybe the lights go out; maybe the level isn’t an arena, but a linear path; maybe the level swings about, sending the androids—and mines!—careening from one side to another. My favourite level reminds me of Bastion—the floor falls into place or away based on the position of the player, which forced a balancing act between safety and ability to actually destroy the enemies.

Sadly, the campaign for Assault Android Cactus is quite short. Twenty-five levels come and go quickly, and it left me desperate for more elaborate levels to play around in. Fortunately, extra content is far from sparse: there are daily challenge maps, an endless mode, and a boss rush mode. Credits earned through playing the campaign can be used to unlock cool artwork—including some fanart, which I thought was a lovely inclusion—as well as some other neat perks, which include: rubber music, which changes the tempo of the music based on the flow of battle; a few filters to add some flair; and my personal favourite, a first-person mode, which turns Assault Android Cactus into old-school arcade-feeling first-person shooter. (I’m not very good at that mode yet; it’s a bit dizzying.) 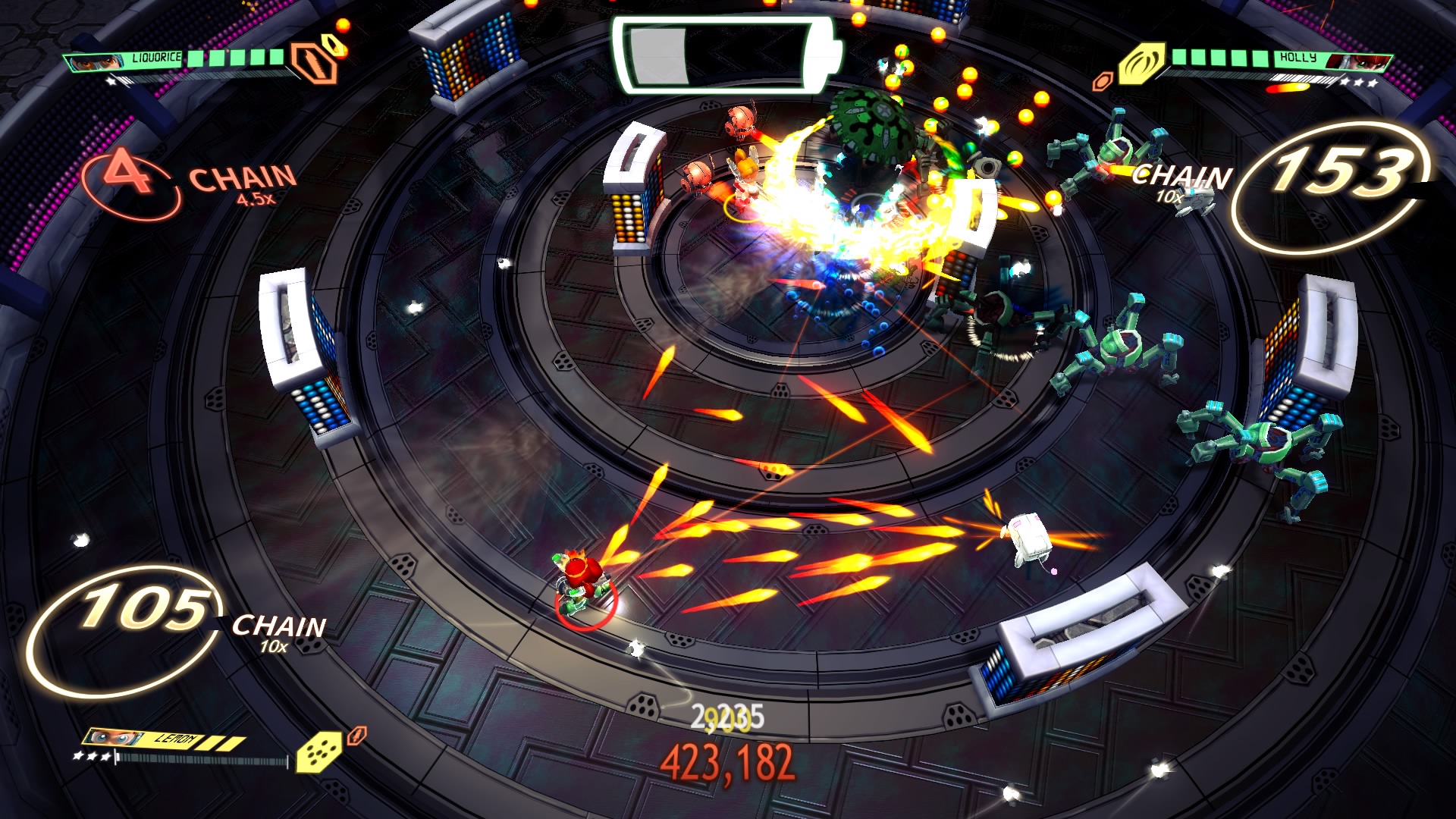 Assault Android Cactus has this one other quality which might seem contradictory with elements I’ve already established. While I spent a lot of my play time talking aloud, the rest put me in a very zen-like state. Assault Android Cactus is simple—not to be confused with simplistic—and so it’s very easy to achieve a sense of calm tranquillity as your little android slides along a spaceship, utterly decimating robotic enemies with ridiculously cool weapons. It’s peaceful, and meditative, and the very act of playing this game—especially with good company—was the most enjoyable experience I’ve had in years. Play Assault Android Cactus and revel in its satisfying action, adorable characters, and somehow exciting-yet-calming soundtrack. Let’s quote Shia LaBeouf: just do it. 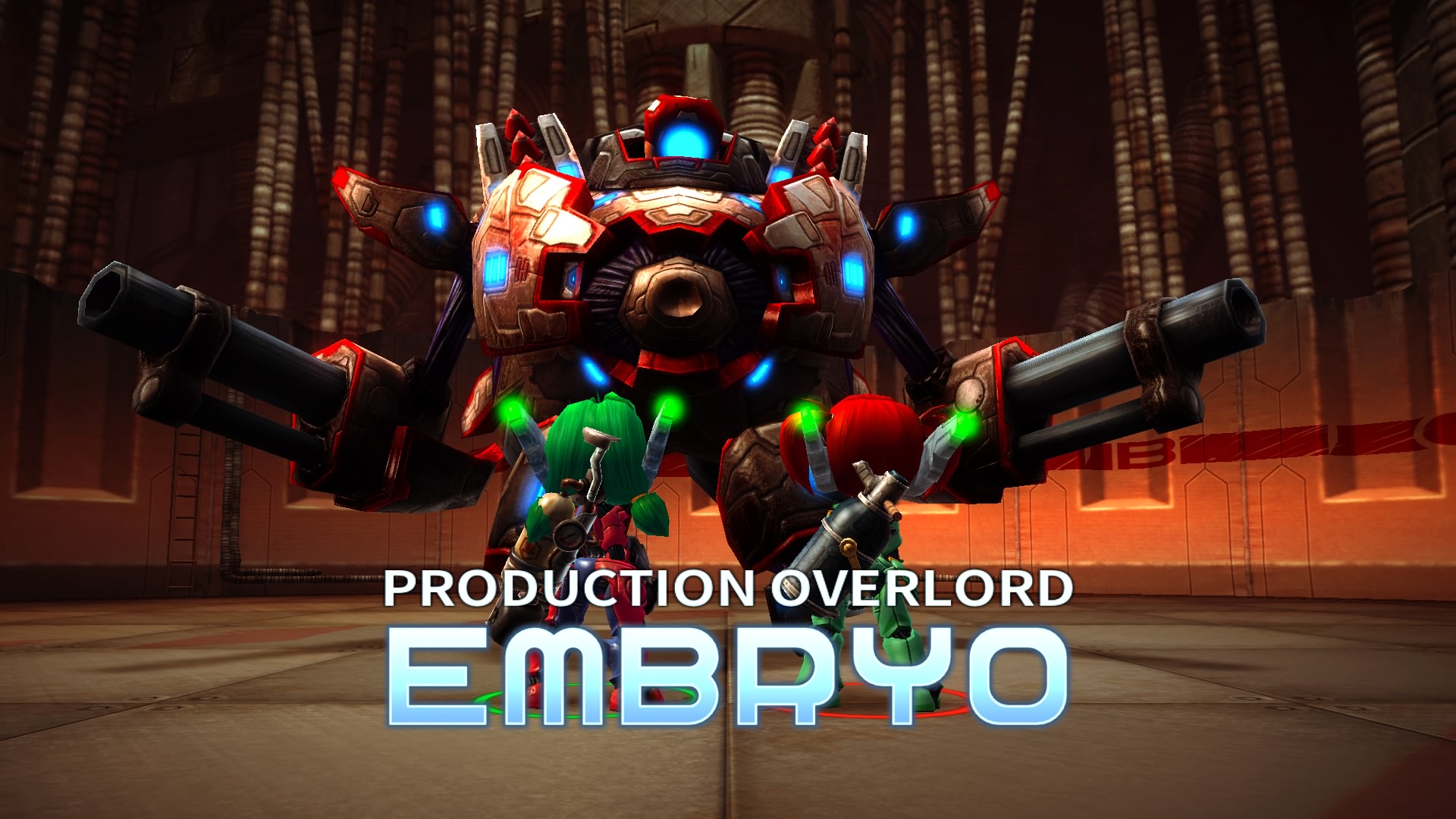