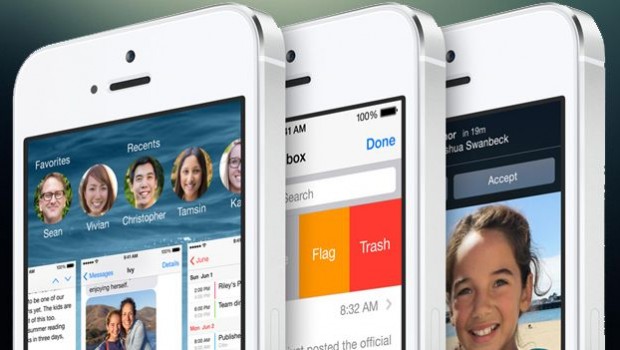 CUPERTINO, California – 10 September, 2014 – Apple® today announced iOS 8, the biggest release since the launch of the App Store℠, will be available starting Wednesday, 17 September to iPhone®, iPad® and iPod touch® users as a free software update. iOS 8 delivers a simpler, faster and more intuitive user experience with new Messages and Photos features, predictive typing for Apple’s QuickType™ keyboard and Family Sharing. iOS 8 also includes the new Health app, giving you a clear overview of your health and fitness data and iCloud Drive℠, so you can store files and access them from anywhere. With more than 4,000 new APIs, iOS 8 allows developers to further customise the user experience with major extensibility features and robust frameworks such as HealthKit and HomeKit.

“We’re excited for hundreds of millions of users to begin experiencing iOS 8, with incredible features that offer new ways to use your iPhone, iPad or iPod touch,” said Craig Federighi, Apple’s senior vice president of Software Engineering. “iOS 8 also creates an extraordinary environment for developers, providing them the ability to create amazing new apps like never before.”

Messages in iOS 8 makes conversations more immersive. Simply Tap to Talk to share your voice. The same gesture also works for sharing photos and videos. Users can now share several photos and videos at once and easily browse through all of them within a conversation from one place. Group messaging gives you the ability to add and remove contacts, and the option not to be disturbed or to leave a conversation entirely. You can also choose to share your current location from within Messages for an hour, a day or longer.

In iOS 8, the Photos app brings powerful editing to your fingertips. Photos automatically straightens horizons, and with smart editing tools you can quickly adjust light and colour with a swipe. For deeper fine-tuning, you can access individual tools to adjust exposure, brightness, contrast, highlights, shadows and more. Developers can tap into the same robust framework as the built-in Photos app using PhotoKit, and with extensibility APIs, can make their own filters and editing tools available to users within the Photos app.

New predictive typing for Apple’s QuickType keyboard is smarter, more personalised and intelligently takes context into account, such as who the recipient is and in which app you’re typing. QuickType understands the way you communicate, suggesting favourite phrases, so you can write entire sentences with just a few taps. What the QuickType keyboard learns is kept private, encrypted on your device and never sent to the cloud. Third-party keyboards are also available, so developers can offer additional layouts and input methods system-wide, providing users more choice.

The new Health app gathers the information you choose from your various health apps and fitness devices, and provides you with a clear and current overview in one place. HealthKit APIs offer developers the ability for health and fitness apps to communicate with each other. With your permission, each app can use specific information from other apps to provide a more comprehensive way to manage your health and fitness. Users will be able to gather and monitor their own fitness metrics using apps such as MyFitnessPal, RunKeeper and Strava. Healthcare providers can now monitor the data their patients choose to share through apps such as Mayo Clinic or Epic’s MyChart app that will be used by Duke Medicine and Stanford Children’s Health/Stanford Medicine, among others.

HomeKit connects your home devices safely and seamlessly so you can better manage accessories like lights, thermostats, door locks and garage doors. By delivering a common protocol, HomeKit securely pairs and allows easy control over individual or groups of devices throughout the house. With Siri® integration you can say, “Good morning,” and have the lights turn on in specific rooms, the thermostat adjust the temperature and the garage door open.

Family Sharing with iOS 8 makes it easier than ever to communicate and share purchases. It automatically keeps everyone connected by creating a shared family photo stream and calendar, and provides an option to locate family members and their devices. Family members can also now browse and download each other’s eligible iTunes®, iBooks® or App Store purchases. Up to six family members can participate, each with their own Apple ID. Parents can create Apple IDs for children and, with Ask to Buy, require online parental permission for Family Sharing purchases.

iCloud Drive allows you to safely store, access and edit documents of any type. Make edits on one device and the most up-to-date version of your documents will be available across all devices, whether an iOS device, Mac®, Windows PC or on www.icloud.com. iCloud Drive brings new collaboration between apps, providing seamless access and the ability to work on the same file across multiple apps.

Continuity features in iOS 8 and OS X® Yosemite bring your Mac and iOS devices together like never before. When your iPhone or iPad is near your Mac, Handoff lets you start an activity on one device and pass it to the other. Instant Hotspot makes using your iPhone’s hotspot as easy as connecting to a Wi-Fi network. Now the SMS and MMS messages that previously only appeared on your iPhone appear in Messages on all your devices. You can even send SMS or MMS messages directly from your Mac and make or receive iPhone calls using your Mac as a speakerphone.*

iPhone, iPad and iPod touch customers have access to the revolutionary App Store, which offers more than 1.3 million apps** in 155 countries around the world. The App Store receives more than 300 million visitors each week.

*Check with your carrier for hotspot availability; some cellular data charges may apply.

**App count refers to the total number of apps worldwide.

Apple designs Macs, the best personal computers in the world, along with OS X, iLife, iWork and professional software. Apple leads the digital music revolution with its iPods and iTunes online store. Apple has reinvented the mobile phone with its revolutionary iPhone and App Store, and is defining the future of mobile media and computing devices with iPad.