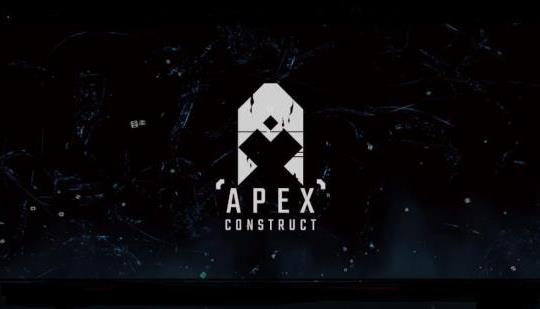 Summary: Apex Construct is heavily flawed, with a fun and fairly precise shooting mechanic unfortunately not enough to make up for the dismal movement controls and derivative narrative.

Apex Construct is an action-adventure title developed exclusively for the PSVR  by Fast Travel Games, a team which boasts former DICE employees amongst its ranks; dropping the player into a desolate world presided over by a sadistic omnipresent A.I known only as Mothr, Apex Construct pits you against mechanical monstrosities that can only be brought down through use of what is probably the most satisfying and accurate representation of a bow and arrow in VR gaming to date. 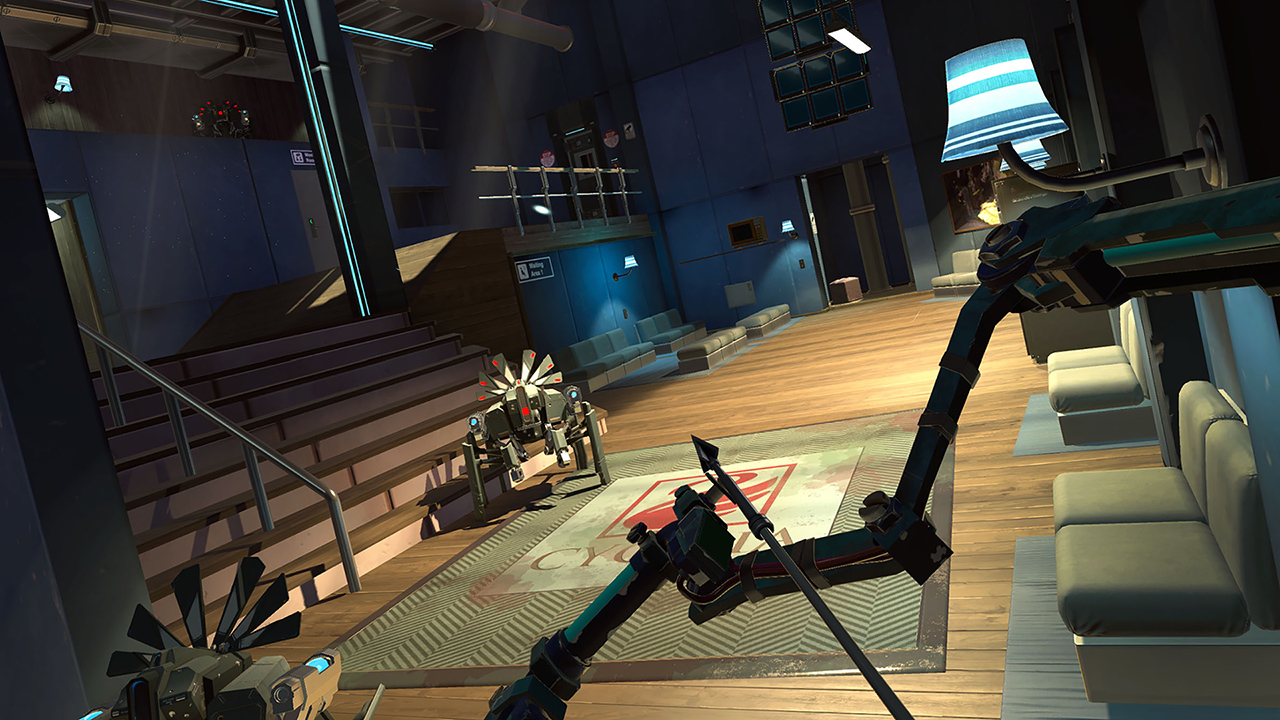 It’s a shame then that these precise shooting mechanics are let down by an uninspired narrative and wonky control scheme that serve to prevent the game from blossoming into something truly fantastic.

You play ostensibly the last human in a world that’s been overrun by machines; a seemingly benevolent A.I who refers to himself as Fathr has resurrected you for reasons that are initially unclear but before too long you’re thrust into the adrenaline-pounding cycle of simply trying to keep alive. Data logs tucked away on computers dotted around the stages hint at your character being far from the first Fathr has brought back from the grave and, as the game progresses, you start to question whether or not you can truly trust your companion. 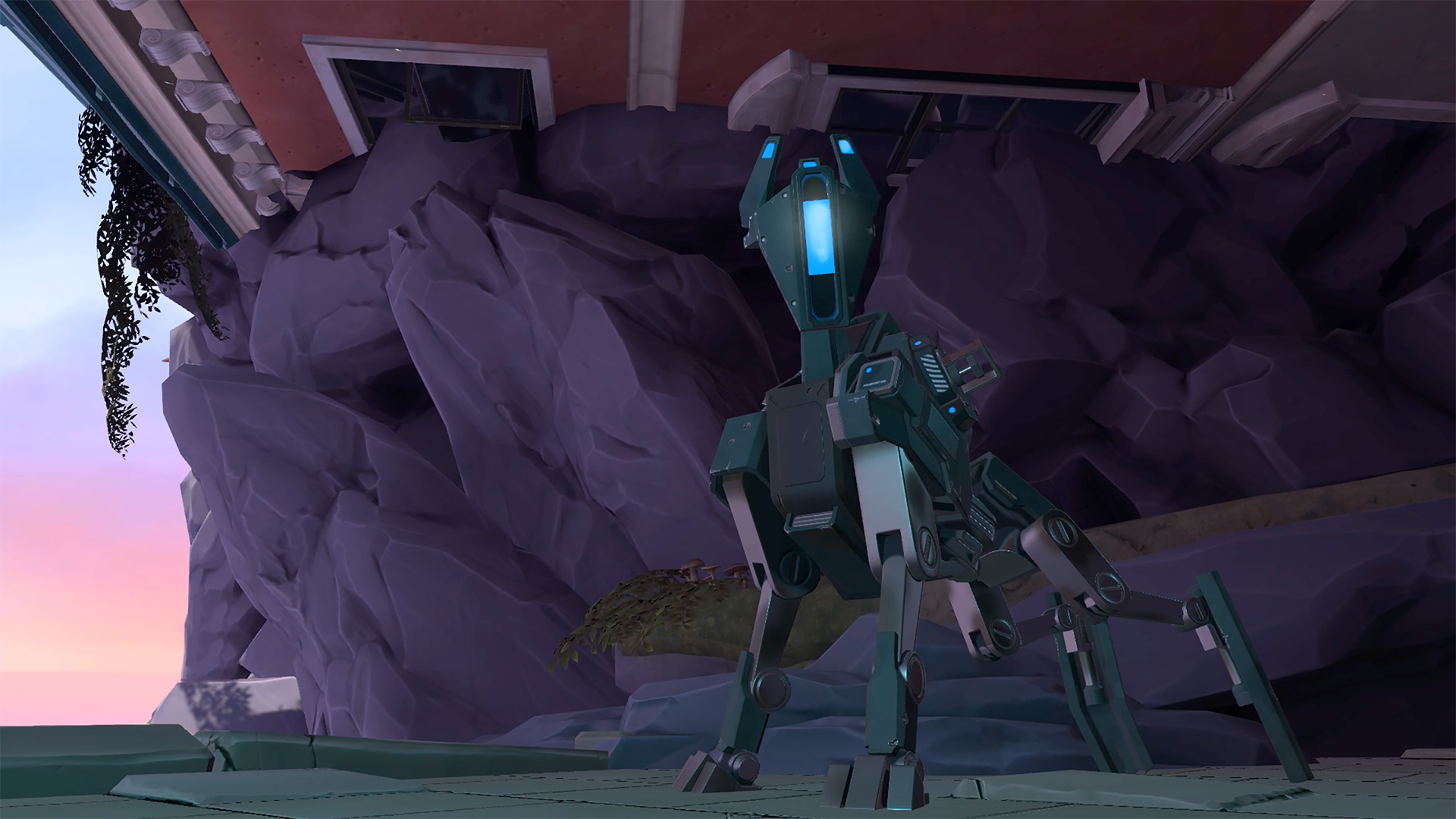 The biggest problem with the story is how trite and generic it all plays out, with all of the expected story beats and Sci-Fi tropes present and accounted for; the game thinks it’s being clever at times but, in all honesty, it’s so predictable that it essentially became background noise for me after an hour or two as I feigned surprise at all the tired plot revelations.

As mentioned above, the accuracy and precision of the bow and arrow is practically unparalleled, making combat sections a fast-paced, frenetic experience that’ll constantly keep you on your toes. Your enemies aren’t too shy about letting off a barrage of bullets in your direction either, so it’s a good thing that you have a handy portable shield device attached to your bow, allowing for deflection of any nasty projectiles with a quick tap of the L1 button… As long as you’re not drawing an arrow back, that is. 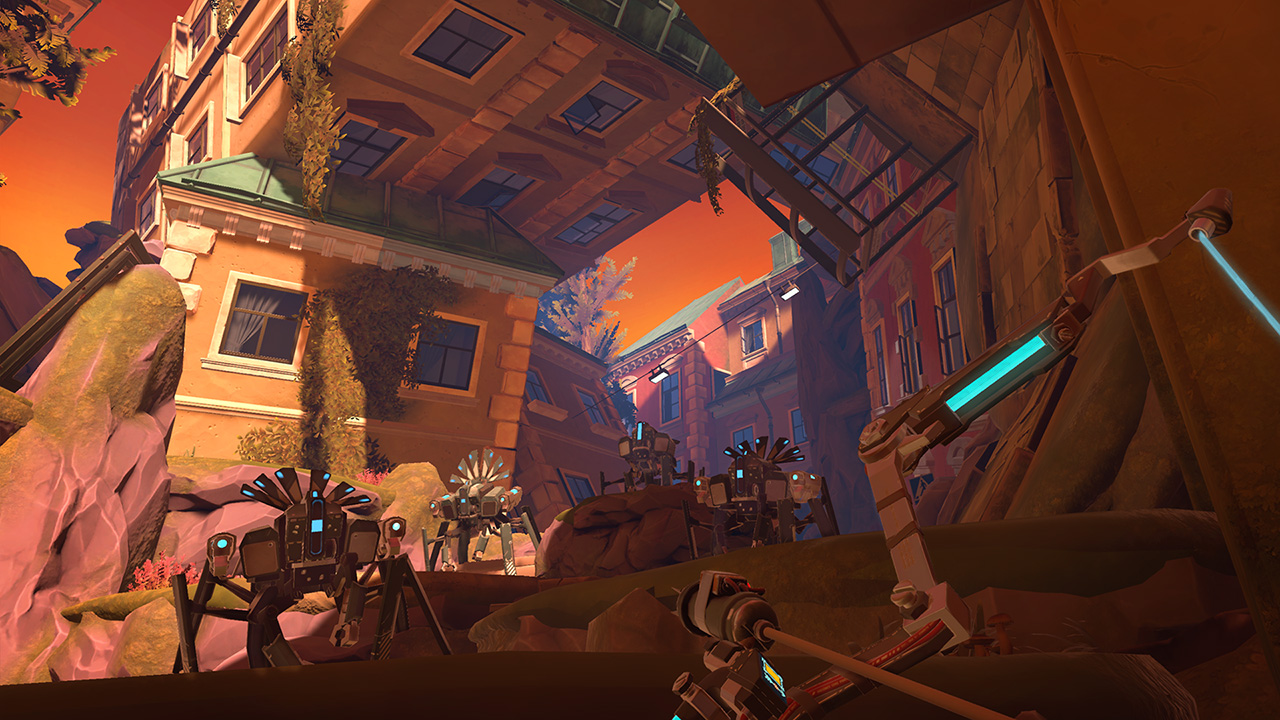 This means that enemy encounters boil down to mastering the rhythm of their attack patterns and sending a few arrows their way when the moment allows for it; it’s a finely tuned dance of death that never lost its lustre, even after hours of play.

I wish I could praise the movement scheme on the same level as the combat mechanics but, unfortunately, getting about in Apex Construct stands as one of the most frustrating times I’ve had with a VR game.

Free locomotion has been shown to work without an analogue stick, and Apex Construct does indeed offer up its own unwieldy variation on this, but I’m not going to begrudge a game if it resorts to the tried and true traversal method of pointing to a spot and teleporting there in order to play better. Sure, it’s not ideal but it works… Most of the time. 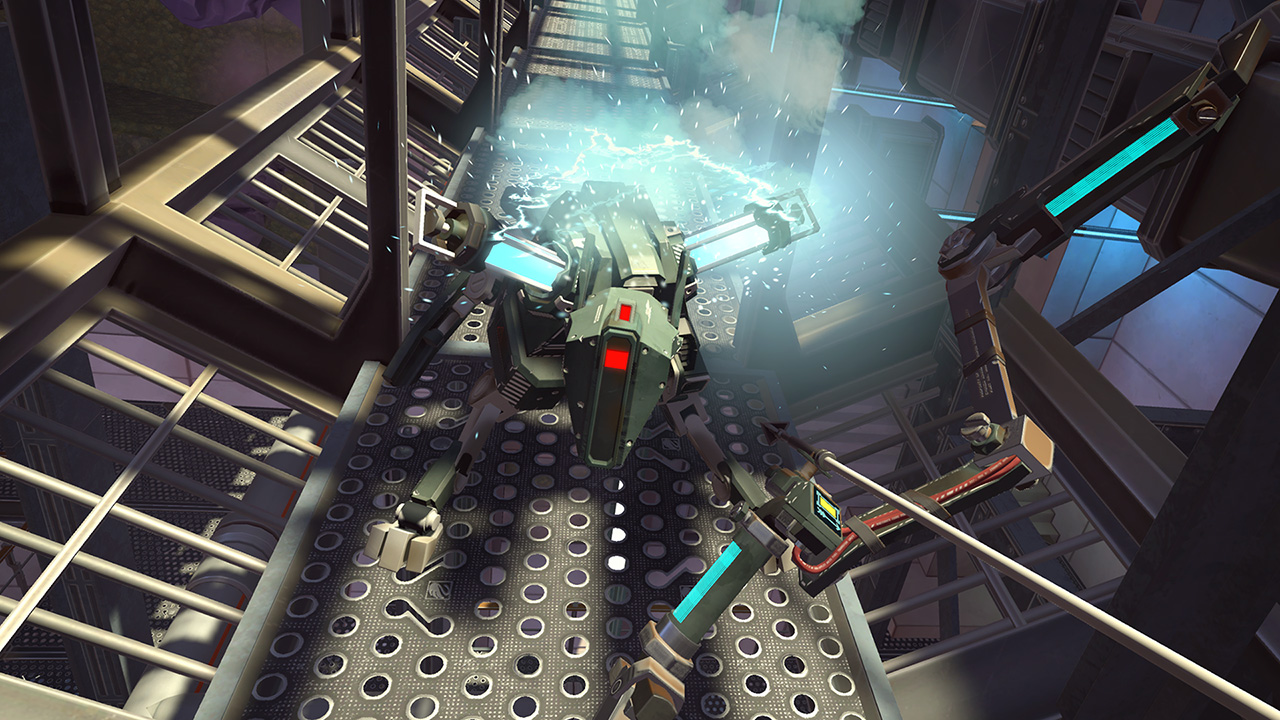 Apex Construct’s biggest problem is that turning in-game is a painfully arduous process that’ll often put you at the wrong angle to whatever you’re trying to interact with, mainly because of the curious decision to make the incremental turning button the same as the 180 turn. They, in theory, operate respectively when different motions are applied, but what this really means is that things become super annoying super fast as the game struggles to read your inputs.

This issue is even further exacerbated during heavy combat scenarios that require you to move in and out of cover; the lack of accuracy means you’ll often run out blindly into enemy fire or get stuck up against a wall whilst you frantically tap the triangle button to try and turn around. 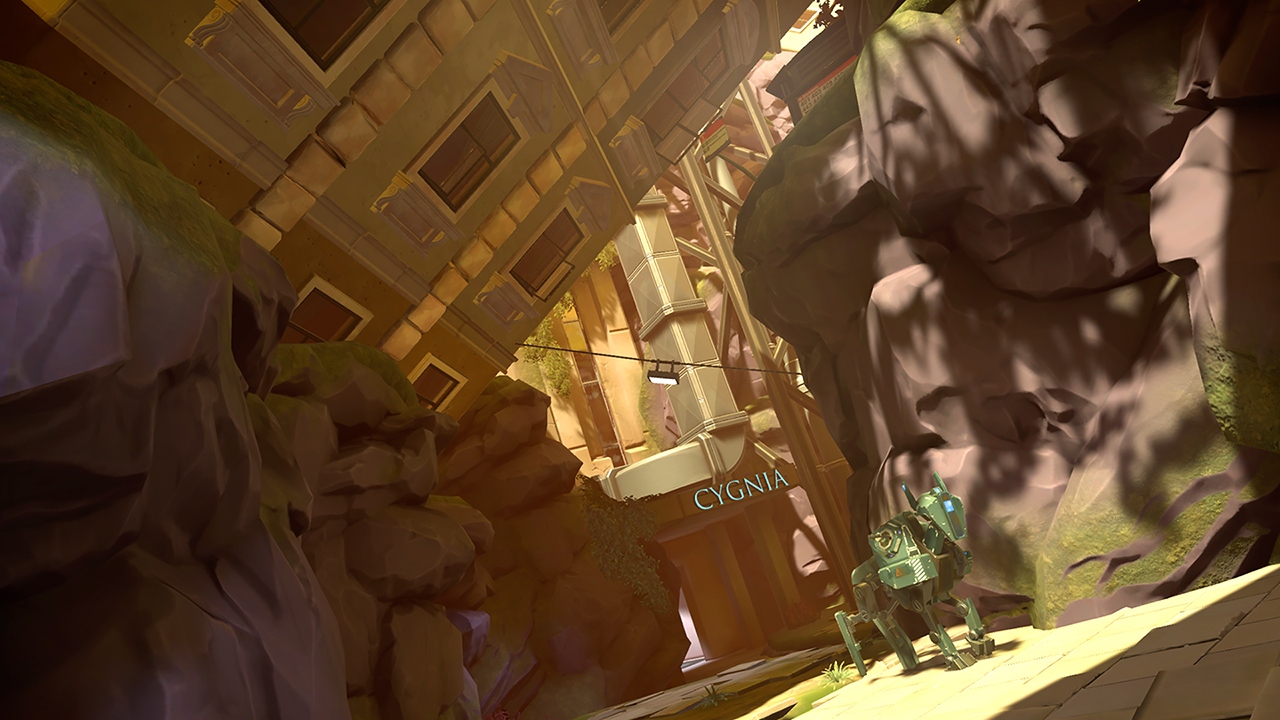 Simply put, it’s not fun and it really impacted upon my level of engagement after the novelty of using the bow wore off and the enemy encounters become more frenzied.

Aside from the combat, Apex Construct also presents the player with a handful of puzzles, most of which can be solved through use of a nearby monitor. A nice touch is that the game forces you to type certain commands on the in-game keyboard in order to access the required files, although it can get a bit annoying when you hit the wrong key for the umpteenth time and have to painstakingly backspace. 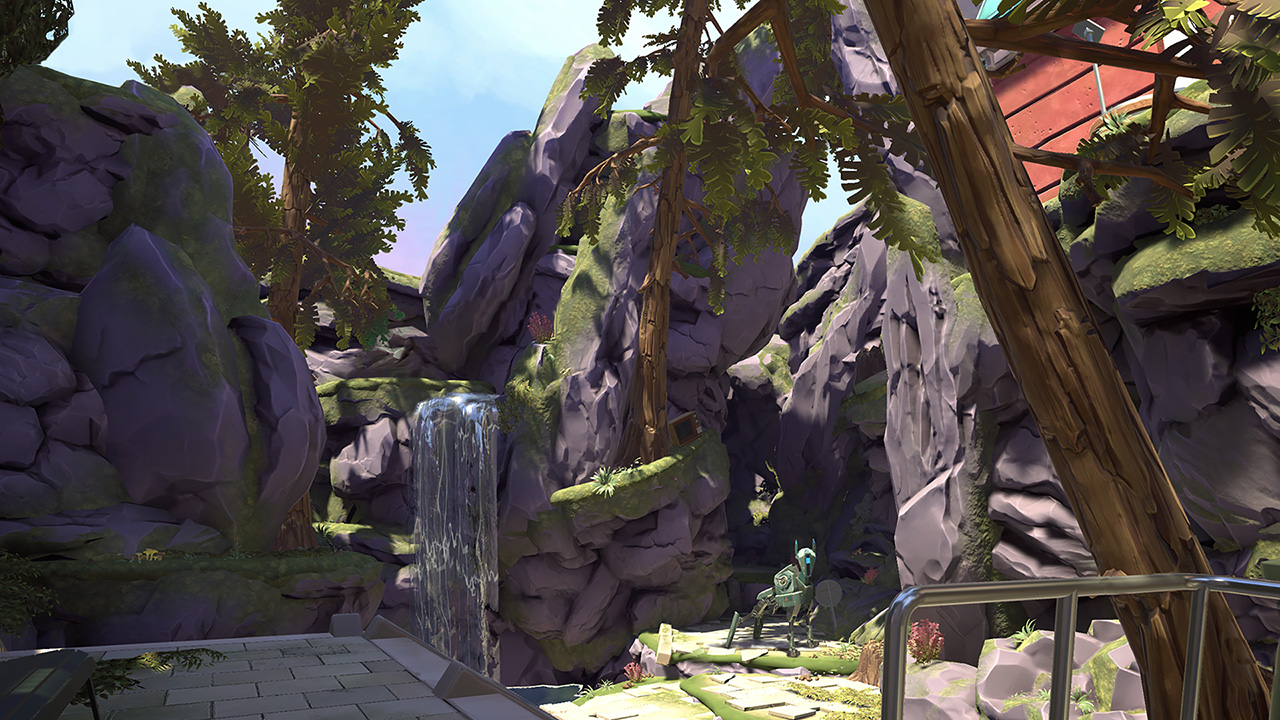 Apex Construct looks decent enough, although the cartoonish aesthetic does detract in some ways towards the attempts at a gritty narrative. The environments are colourful but not garishly so and it’s easy to pick out enemies from a distance. The lack of detail and texturing might turn some gamers off after the visual spectacle of titles like The Inpatient or the recently released Moss but it’s more than serviceable.

There was nothing to really complain about in regards to the audio but, conversely, nothing really noteworthy of praise either. I found the voices of both Mothr and Fathr to be kind of annoying, honestly, and besides the electronic chatter of your robotic foes and the irritatingly incessant ticking of the myriad traffic lights littered around the outdoor areas, there isn’t much else going on in the sound department. The soundtrack is used minimally and rarely deviates from your expected synth heavy Sci-Fi score but it wasn’t ever obtrusive or grating as the vocal performances came to be. 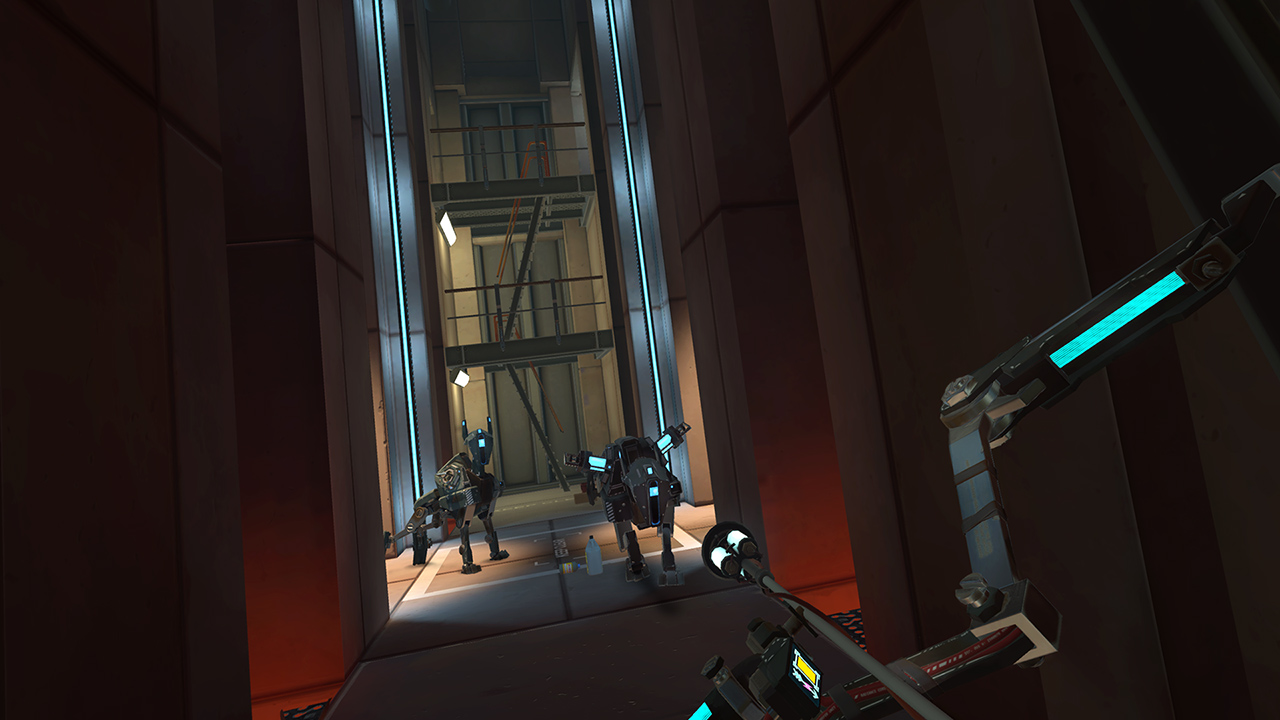 Apex Construct is heavily flawed, with a fun and fairly precise shooting mechanic unfortunately not enough to make up for the dismal movement controls and derivative narrative. Simple tasks like switching out inventory items or hacking consoles are made enjoyable and, when everything’s working in your favour, the battles can contend with the best of the best of VR shooters, but everything quickly falls apart as soon as you’re forced to move about with any degree of accuracy.

It’s a shame that the sum isn’t greater than the parts and it’s clear that a lot of effort was put into making Apex Construct an experience that’s much more, both mechanically and in terms of length, than the glorified tech demos that often get passed off as games on the format. Unfortunately this leads to a fairly ostentatious padding out of the game’s second half as you’re forced to backtrack through previously visited areas and the imprecise controls make getting from point A to B far more of a chore than it should be. 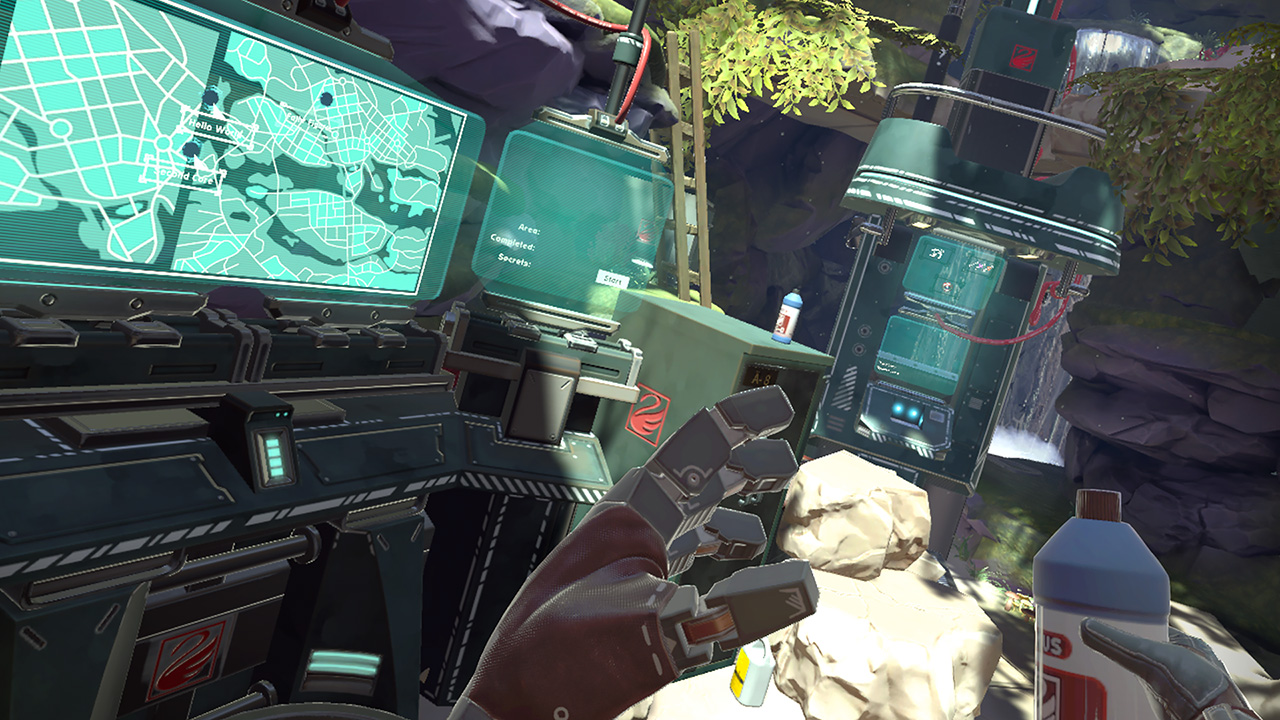 While using a bow and arrow in VR can be an awesome experience that makes you feel like Hawkeye, only much less useless, when the rest of the package is as lacklustre as this it makes it hard to recommend. Even inspired details such as being able to use electric arrows to recharge panels or electrocute large groups of enemies standing in water can’t quite salvage what’s on offer here.

If you’re willing to put up with moments of sheer vitriolic rage in order to gleefully pick off Robo-Puppies then Apex Construct might be worth a look, but for everyone else I’d either wait for a patch to fix the movement or grab it when it goes on sale. 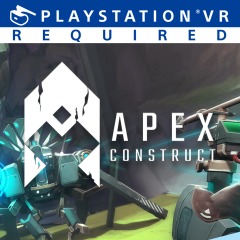