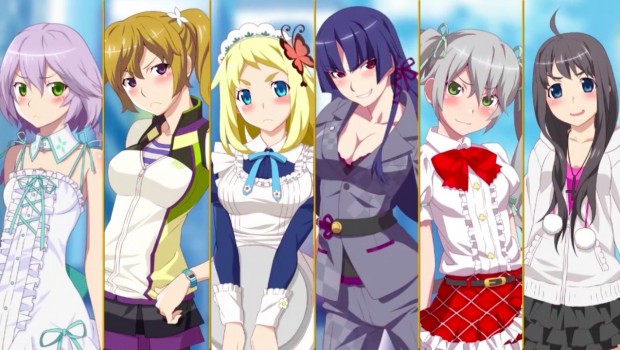 Summary: This RPG/ Brawler mash-up has enough strong points and an ostensibly kinky central mechanic to ensure that it’ll find a market.

What. The. Actual. Fudge? That was pretty much what constantly ran through my head throughout my time with Akiba’s Trip: Undead & Undressed. 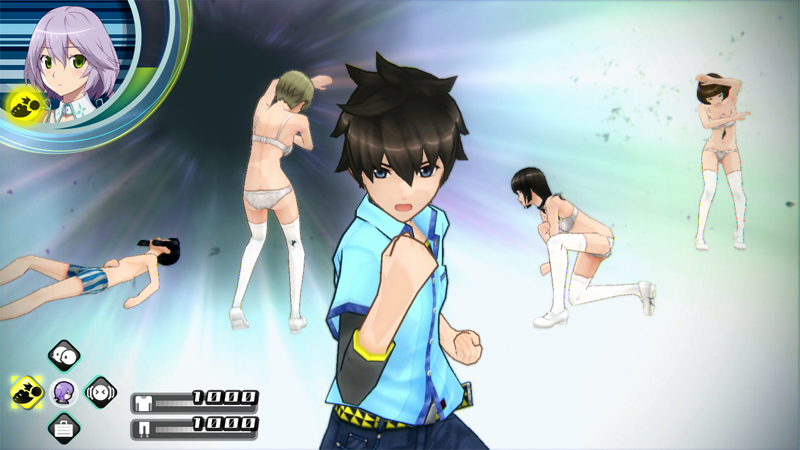 Coming into the game I was aware that it was going to be a uniquely bizarre slice of Japanese gaming, particularly as the much touted gimmick behind the game was the borderline deviant ability to strip the clothing off of your enemies in order to vanquish them, but even that prior knowledge (and the self-explanatory title) wasn’t enough to prepare me for just exactly how off kilter this gaming experience would be.

Originally appearing on the Vita and PS3, Akiba’s Trip: Undead & Undressed begins with your character strapped to a table about to undergo a conversion to become a Synthister, a parasitic creature that feeds off of people’s desire to socialise, turning them into reclusive shut ins. Before the process is complete, however, you’re saved by an enigmatic girl who appears to be a soldier in the hidden war between humans and the Synthisters. 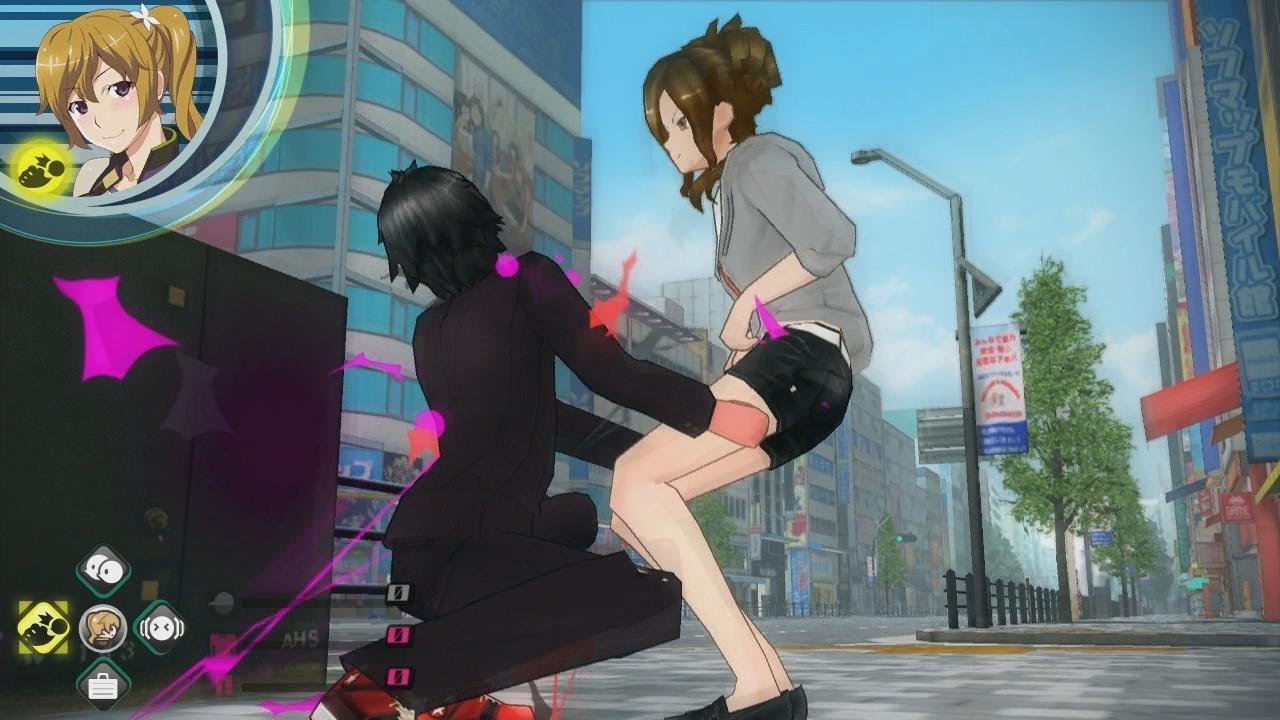 Returning to Akihabara, a Japanese district infamous for being a pop culture and electronics hub and also home to your character’s local hang out, the Mogra Bar, you soon involve your friends, the self-appointed freedom fighters of Akihabara, of your affliction and set out in order to find answers and bring down the Synthisters once and for all. Oh, and did I mention that the only way these Vampire analogues can be defeated is by exposing their skin to sunlight, flimsily justifying the stripping mechanic?

Okay, so the framing device of the plot is a little generic but thankfully this is alleviated somewhat by the often amusing script and quirky characters that populate it. 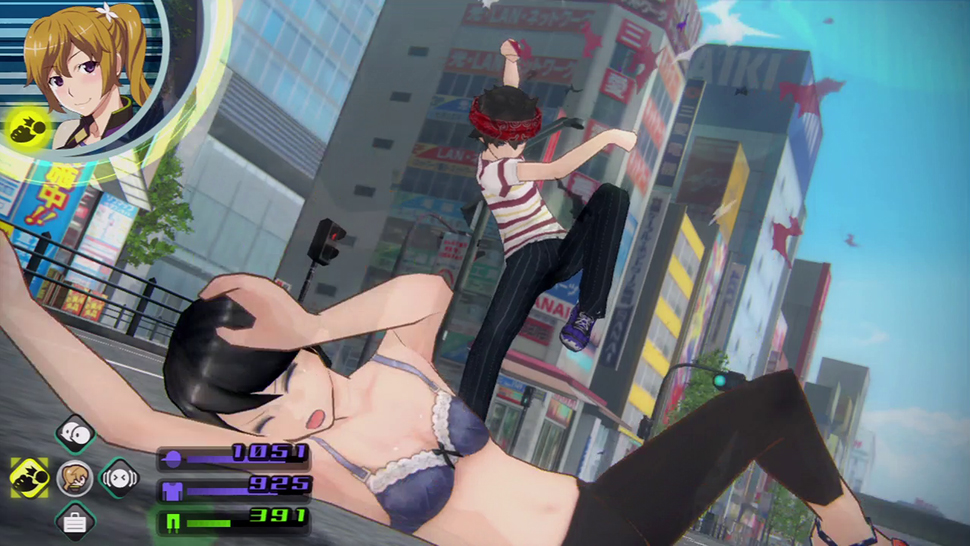 Pop culture aficionados, particularly those who immerse themselves in the Otaku culture, will find much to enjoy here, with the writing serving as a love letter filled with references that will appeal to those who dedicate their lives to obtaining collectable figures, Manga and all the rest. On top of that, the script is genuinely funny at times and, overall, the rather lacklustre central story of the little people taking on shadowy corporations and the supernatural matters little when engaging with your friends and even your enemies is so darn amusing.

Unfortunately the story isn’t the game’s only weak point and these other issues are somewhat harder to overlook. 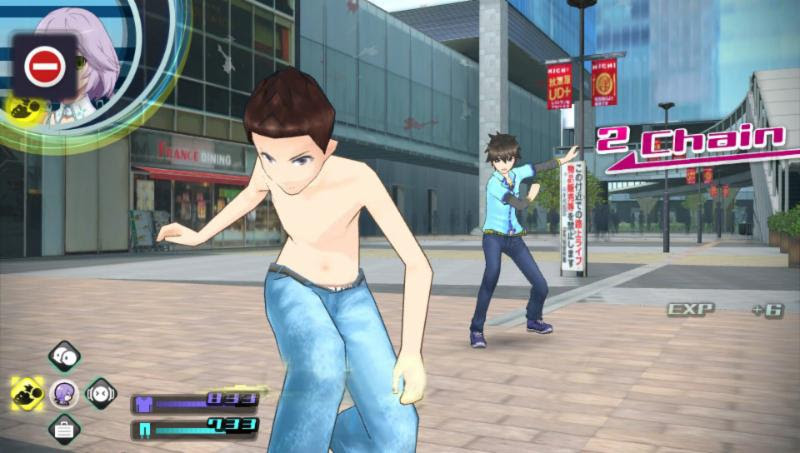 From the screenshots available one might assume that Akiba’s Trip: Undead & Undressed offers up a fully explorable rendition of Akihabara, much like a sandbox game, but the reality is slightly disheartening, only giving players incredibly linear paths to traverse from area to area and generally restricting them to either the sidewalks or back alleys; you can’t even cross the street, making getting from one section to another an incredibly frustrating experience, especially initially as you try to journey to the top of the map and keep finding yourself hemmed in by invisible barriers or the menu screen popping up to indicate that you’re unable to go any further.

The combat that forms the majority of the gameplay also fails to impress despite some good ideas. The fighting mechanic assigns each button to attack a specific area, such as triangle for the head, square for the torso and so on. Players attack each area until the article of clothing flashes red, at which point the protagonist will kind of creepily tear off the item. Completing combos allows players to chain together a devastating series of stripping attacks and even give players the ability to tear the underwear straight off their opponents (Underwear usually remains upon your enemies when you vanquish them). There’s also some special attacks players can utilise involving underwear, such as summoning a giant tornado of Y-fronts because… I don’t know, Japan? 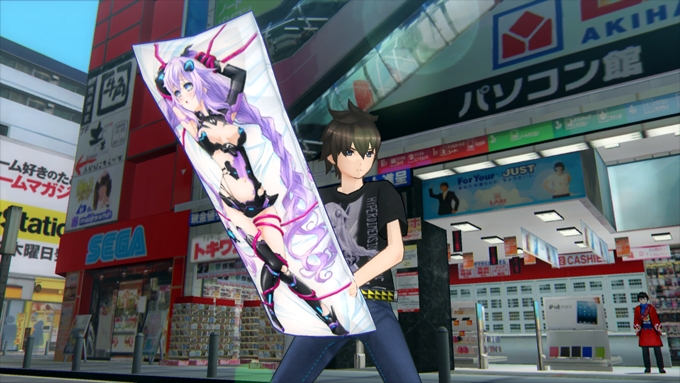 Amusing perversions aside, the novelty of the stripping mechanic quickly wears off and the combat itself is too clunky to ever be satisfying; fighting large groups of enemies can become frustrating quite quickly and at times the game, for some reason or another, refused to register that I was trying to enter the fighting stance necessary for combat and left me circling my opponents helplessly. The game tries its best to make the combat feel free flowing but unless you get your combo multiplier up enough for the special attacks it can often feel a little too stilted, especially the protagonist’s slow recovery time after being hit.

There are a variety of weapons players can use during battle, ranging from computer keyboards to guitars but they don’t really offer much more than a change from the overly repeated combat animations… Although I must admit it is kind of satisfying to wildly swing a guitar at a half naked opponent’s face. 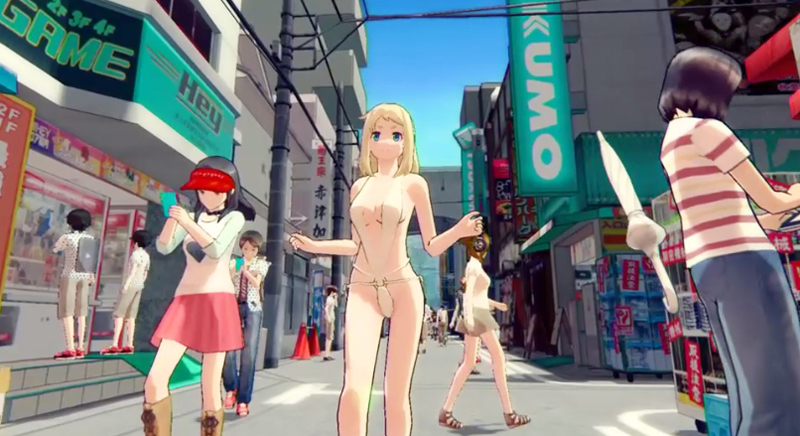 Outside of the main storyline there are a variety of side missions players can choose to participate in, generally involving performing collection tasks for NPCs, as well as the option to purchase clothing and accessories to customise your character. Of course, this being one of those whacky Japanese games, there’s also a romantic element where you can woo one of your cohorts which plays much like the system found in Mass Effect.

There are a few extra features that have been added for Akiba’s Trip: Undead & Undressed’s transition to the PS4, chief among which is the visual editor. Accessible from your character’s phone, players can tweak the graphics to their heart’s desire, making the game look like a comic book or turning the characters into wide eyed miniature versions. There’s also the Toybox mode, where players can run rampant with full access to all of the items in the game, from weapons to clothing options, although players can’t earn trophies whilst in this mode, as well as an option for interactive streaming where viewers can trigger events, assist or hinder the player’s progress and more, a nice addition that’d be welcome in many more games of this ilk. 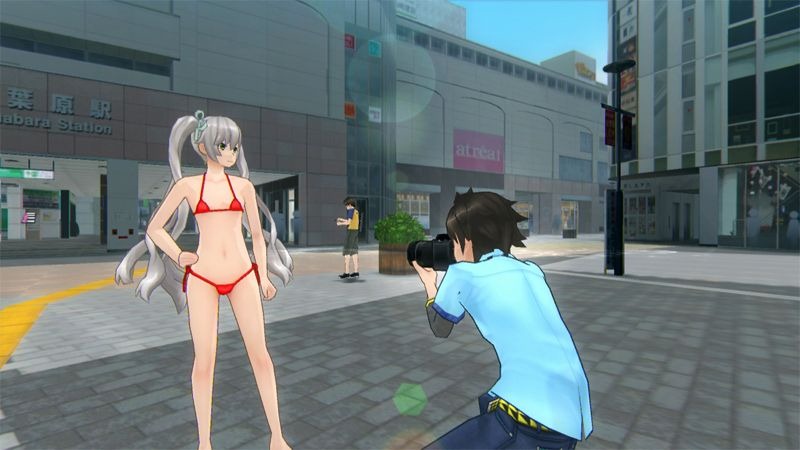 There’s really no other way to describe the game’s visuals than incredibly ugly and certainly not up to par when compared against other games available for the PS4. The environment is dull and utterly devoid of any real character, the textures are almost as blurry as a N64 game (Okay, that’s a bit of an over exaggeration but they are seriously pretty dang bad) and the small handful of character models for the pedestrians and enemies are bland and repeated ad nauseam. The actual design of the main characters and the cel shaded anime visual style does work at times but at the end of the day the game looks like a Vita game rather than a true PS4 game (For obvious reasons).

Any titillation that the more seamy gamers among us may be expecting given the game’s content is entirely negated by the character models, which is probably not a bad thing, although you’d be surprised what someone determined enough can fap to.

Audio wise the soundtrack is pleasant enough, if unmemorable, and the English voice cast perform admirably. One thing that initially threw me off was when characters speak their mouths don’t move, much like in the Phoenix Wright games but this is a minor quibble and one that doesn’t hinder your enjoyment of the game. 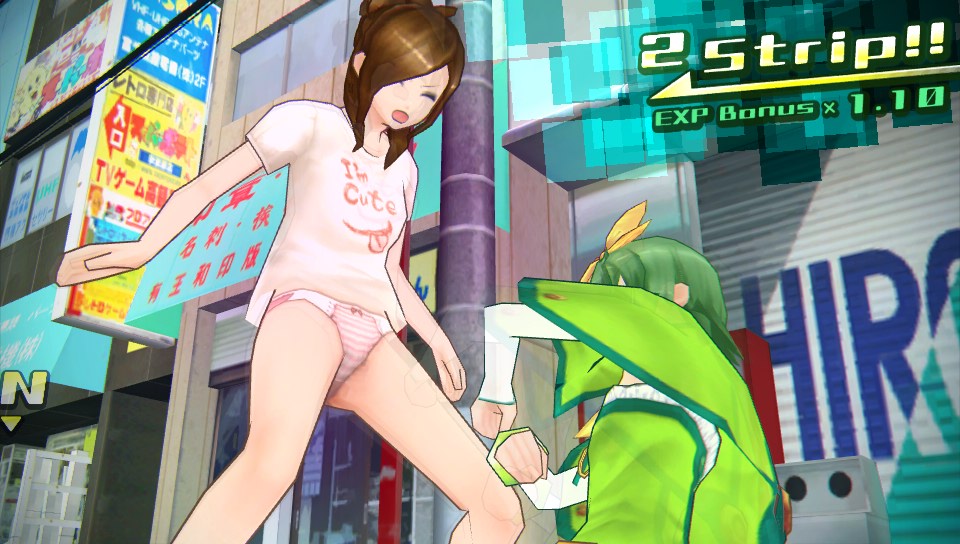 Although not the most aesthetically appealing game, the strong writing and weird non sequiturs make Akiba’s Trip: Undead & Undressed an engaging enough experience. The combat system could use some refining but you’ll plow ahead just to reach the resolution of the story. The RPG elements aren’t as deep as some may like but, for someone who comes from a Final Fantasy/ Legend of Zelda background there’s enough here to keep gamers invested for the game’s duration.

Is this game for everyone? Of course not, but what game truly is? Is this the kind of game I’d find myself playing again? No, but I’m definitely not a part of the target demographic and this RPG/ Brawler mash-up has enough strong points and an ostensibly kinky central mechanic to ensure that it’ll find a market. The stripping itself is thankfully not as sexualised as one might initially assume and is mostly played for laughs like much of the game and, overall, Akiba’s Trip: Undead & Undressed is an interesting gaming experience, to say the least. 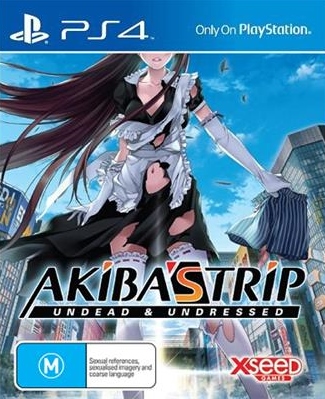