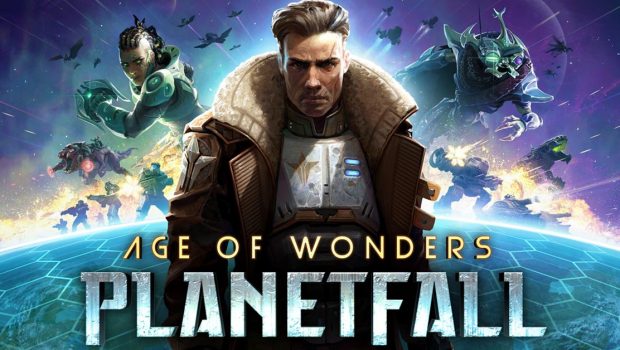 Summary: Wage war or find peace as you campaign for your place in the universe in Age of Wonders: Planetfall.

‘Age of Wonders: Planetfall’ is the fifth game in the Age of Wonders series developed by Triumph Studios and publisher Paradox Interactive. Like its predecessors in the series, ‘Planetfall’ is a 4X (explore, expand, exploit, and exterminate), turn-based strategy game with advanced elements of RPG, diplomacy, and colony micromanagement. Set in the distant future, players take command of one of six playable races as they strive to find their place amongst the stars. 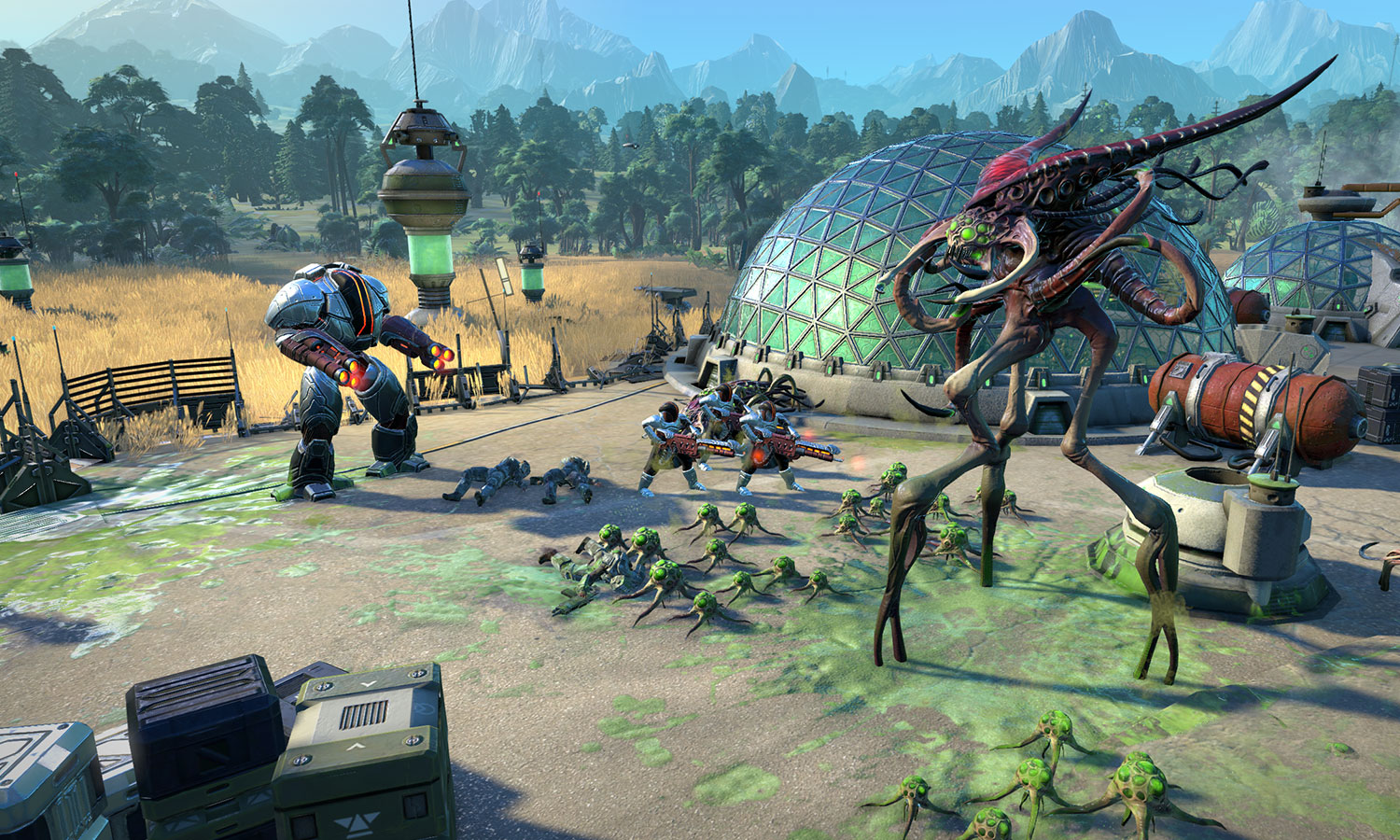 Having never played any of the previous ‘Age of Wonders’ games, I found the campaign story quite easy to follow. In summary, without giving anything away, six different factions are all desperately trying to find their own place in the universe by any means necessary. Each faction has their own unique backstory, goals, and ambitions. All of which shape the campaign in unique ways that result in the player making tough ethical and diplomatic decisions. Different factions will have natural allies based on similar circumstances and origins within the universe, or goals that align with their factions needs. However, the same can be said for their enemies. For example, an alien bug race called the Kir’Ko have a natural alliance with an NPC faction called the Psi-Fish because of their use of psychic abilities, yet they’re hostile towards most human factions due to a long history of slavery. Most of these factions’ backstories are explained during gameplay but the lack of voice acting requires quite a lot of reading on the players behalf. Rather than sitting comfortably in my gaming chair, I found myself sitting closer to the Tv in order to be able to read all of the on-screen dialogue. While not a complete inconvenience, it did make a huge difference when figuring out how to play the game. Once I got the hang of things, I was able to sink back into my oversized beanbag with confidence that I had some kind of idea of what I was meant to be doing.

Prior to playing ‘AoW’, I had only minimal experience with diplomacy and colony-management based games. Admittedly, even with the tutorial, it still took me a good 10 hours of gameplay to figure out how the HUD worked and what everything meant. Sure, there was an explanation to what each icon was, but I still had to piece everything together to understand why it was important. It wasn’t until I’d completed 70 turns in the first level that I figured out that increasing the amount of food a colony produces speeds up how quickly you can expand your boarders and create new settlements. Other elements within the game are a lot more straight forward such as combat and unit production. 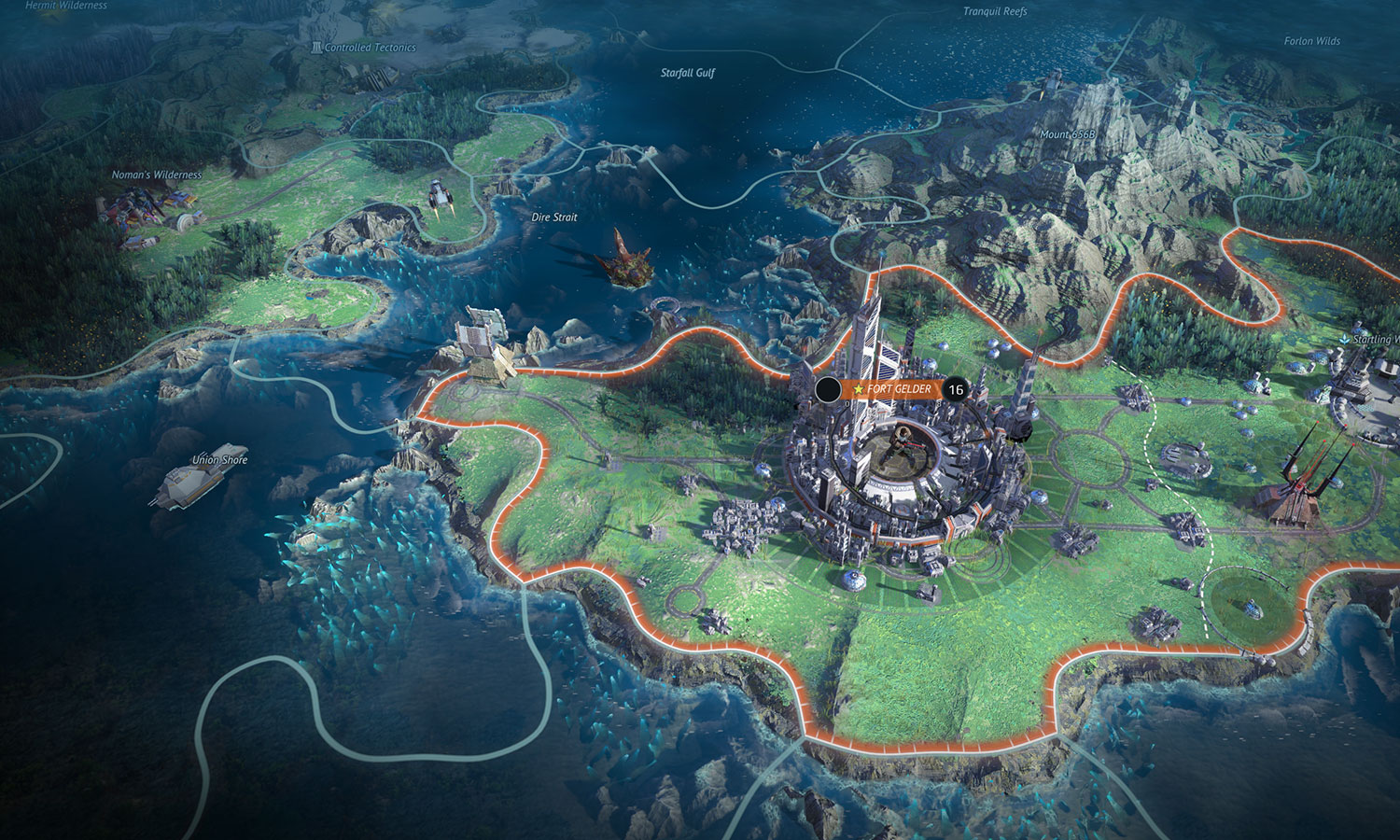 As a game, ‘Age of Wonders: Planetfall’ takes the 4X turn based genre to a new level with its dynamic design. All elements of troop movement and combat are all turn based, with each unit having different strengths and weaknesses that can be exploited in a number of unique ways. All units have their own abilities, equipment slots, and experience points. Equipment can range from extra armor, health mods, and unique items that give the unit new abilities. Once a unit has been modified with a new set of equipment, the player can the make a template of the unit, that can then be produced at a settlement. The new unit will have the same equipment as the original unit, making for quicker production of more powerful units or creating variations of the same unit to serve a particular purpose. The more advanced Hero units are taken an extra step further and have a wider range of customization options. These units are able to command armies of up to six different units, can equip new weapons, and have their own skill points that can be spent on various upgrades. During combat, every single element is taken into consideration and having the right equipment can sometimes turn the side of battle.

One of my favorite parts of this game is how multiple armies can be involved in a single combat event. The world map is broken up into hexagon shaped zone markers, just as a chess board is broken up into square tiles. Before one army attacks an enemy faction’s army, any friendly armies that are adjacent to the main conflict are also drawn into the battle. When combat commences, each of the fighting armies are positioned around the board in accordance with where they where positioned on the world map. In many of my own battles I had my main forces attack from the front while my tanks and jets flanked from behind. This is just one of the many strategic options available to players who want to dominate the battlefield and out-think their opponent. 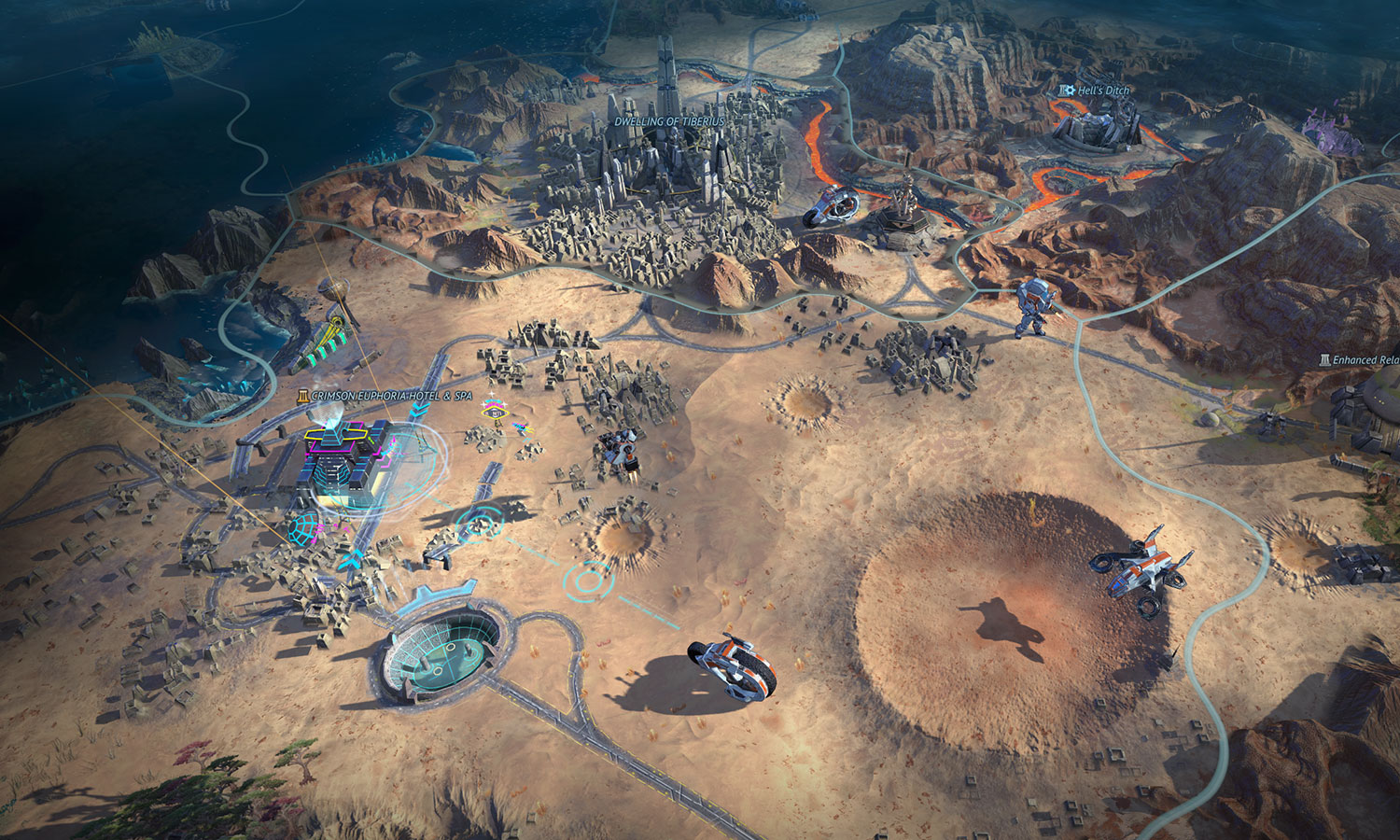 ‘Age of Wonders: Planetfall’ is truly an awesome game and is excellent value for money. I can only describe this game as a console love child of the beloved board games Monopoly and Chess. Players, like myself, can easily find themselves spending 15+ hours on a single level, trying to complete all of the optional and story-based objectives. The one drawback of the game is that it’s not something that can be completed quickly and requires a level of planning and patience to play. However, this game does offer something for everyone regardless of experience or age. ‘Age of Wonders: Planetfall’ isn’t an overly violent game and would be suitable for young teens. In saying that, older players who want something challenging would really enjoy this game over a long period of time. Overall, I’m quite surprised by how easy this game is to play on a console having seen many similar games fail to meet this level of excellence on even a PC.