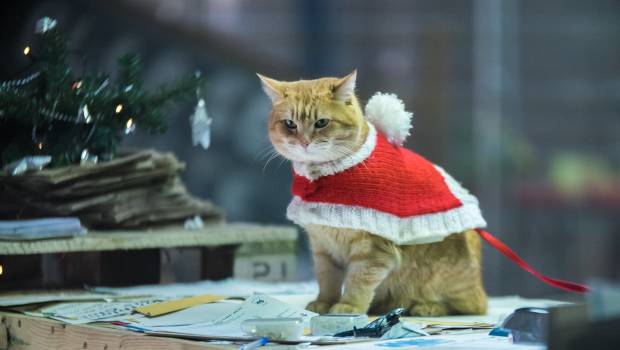 Summary: A story that will warm your heart just like a swig of brandy after you’ve embraced a loved one. Bob the Street Cat charms once again in his final role.

In 2016 many of us were introduced to a street cat named Bob who was the star of books and films. This year we get a sequel to the heart-warming movie about a stray, ginger cat and his doting mate. The story is certainly not going to challenge you, but it will pull at your heart strings and warm your soul during the closing chapters of this crazy, Covid year.

This film is once again adapted from one of James Bowen’s memoirs and this time Charles Martin Smith directs. The proceedings begin with James (a fragile, Luke Treadaway) attending a publisher’s party where he has a chance meeting with children’s author, Jacqueline Wilson (who makes an actual cameo). James hasn’t written his second book and he is running dry in terms of inspiration. Fortunately a chance encounter with a young man who is sleeping rough makes him recall a story that is not unlike “A Christmas Carol” at least in its celebration of yuletide spirit. 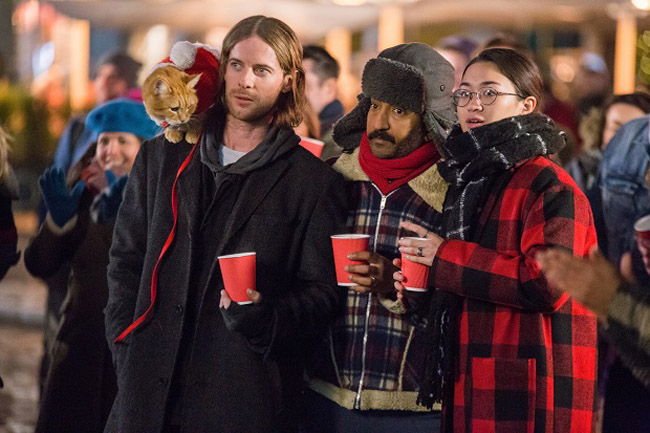 A year earlier, James and Bob were scraping by on a meagre income. They have some setbacks after being robbed and losing what little money they have. But perhaps the most unsettling storyline is the one involving some overzealous welfare officers who seem hell-bent on splitting up these close mates.

Luckily friendship prevails. Bob is as cute as ever and he has a legion of fans including shop owner Moody (Phaldut Sharma), celebrity chef Arabella (Anna Wilson-Jones) and Bea the community outreach worker (Kristina Tonteri-Young) on his side. The plot takes some predictable turns and you may have to suspend your disbelief at times but even so this is a fine ay to while away some 90 minutes. But a word of warning: the real Bob makes his final swansong in this film because he passed away earlier this year.

“A Christmas Gift from Bob” is a story about friendship, hope and strength. It’s a very uplifting Christmas story that will warm your cockles. This present is one that is oozing with charm and will leave you feeling as wholesome, sated and connected as you are after your festive feast on Christmas Day. Enjoy.