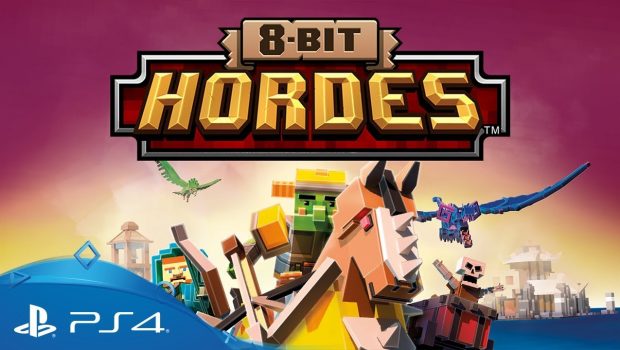 Summary: A wonderful title for all skill levels, 8-Bit Hordes is sure to delight gamers of all ages.

I’m not a fan of real time strategies. It’s simply a genre I can’t get into. Or so I thought until I played this magnificent beast of a game. It was so much fun that I’ve continued playing just for the fun of it and not with my reviewers eye on.

Hordes is the follow up to the game 8-Bit Armies. It was initially going to be a DLC for that title, but as it expanded and grew, the developers realised that they had a full game right here in their hands and hence Hordes was released. For those who have not seen the game before, the title tells you everything really. Imagine smashing together a number of titles to make something fresh and new and Hordes is what you get. To me it felt like a wonderful meld of Minecraft, Warcraft and an old favourite; Dungeon Keeper. It plays like a super combination of the latter two but has the visuals of Minecraft in a manner of speaking. 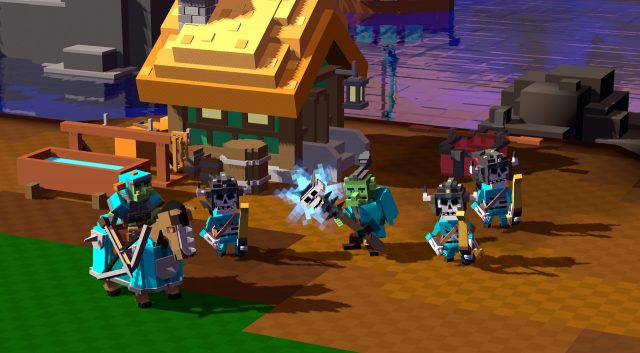 Hordes is ridiculous fun and you can choose from the beginning who you would like to fight for and of course play the other side as well when you choose. The forces of darkness and light are represented by the Deathsworn and Lightbringers, who you will control on quests that of course will involve ultimately having the manpower (or monster power) to overwhelm forces and take objectives. The title is easy to get into and the beauty of it is that any skill level will get a kick out of the game and really feel like they are accomplishing something.

Starting with a basic tutorial, gamers will learn that they need resources to build their armies, and that will involve creating and sourcing appropriate materials. You build barracks to make your warriors, farms to keep them fed and craft other resources, along with of course wealth accumulation from mining precious metals. The more things you set up, the faster you achieve things. For example if you make a lot of mine carts then you will be wealthy in a short period of time. Have more farms and your troops won’t be nagging at you for food (which they do!). 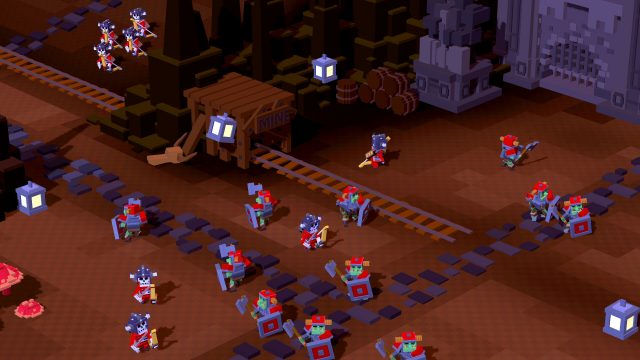 There are multiple missions for both good and evil options and they do play differently. For example if you play as Deathsworn, the experience is fast and frantic. They are attackers and troops are fast and cheap to create. Just make a bunch of them and throw them into the fray. Along the way you will also gain mystical creatures that help, such as dragons which are actually really cool and fly over the battlefield and can be assigned to squadrons controlled by pressing the the triangle, square or circle buttons and then pressing X to move them where you want or carrying a task out. The Deathsworn are really fun to play and the sounds and responses you get when in battle are quite funny though can be a bit repetitive.

Playing as the Lightbringers is a totally different affair. The troops are a lot more expensive to create, however are stronger and better than Deathsworn and as such perform well in tasks like solid defence during attacks. It is a slightly slower style of gameplay but one that still have benefits just like their evil counterparts. There is a funny sense of nobility about the audio too which keeps it all in the fun spirit of the game. 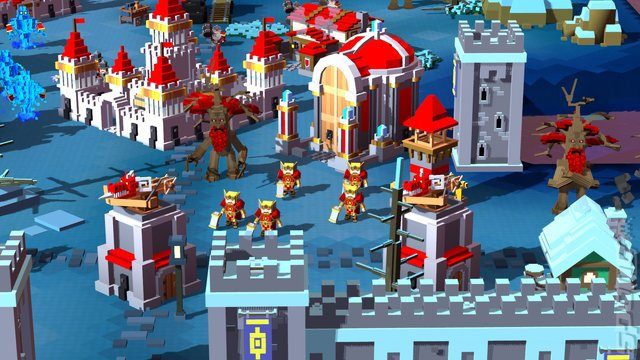 Graphically this is a vibrant game that really shines whether you are looking from afar or zooming in on the action (please make sure you do as the characters look awesome). Most of the environment can be destroyed and it was fun razing buildings to the ground whether they were an objective or simply in the way. A lot of effort has been put into making things detailed yet within the style of the 8-Bit titles and it has paid off and then some.

Audio is probably the weakest part of the game but still good. Little things that could have helped are not there and it may be just me being picky but I would have liked to hear the sounds of unit movement etc. I think that would have helped let me know troops were on the way when I am concentrating on a battle to know reinforcements were near. They do show on the mini map which is onscreen during the game but and audio component would have been appreciated. 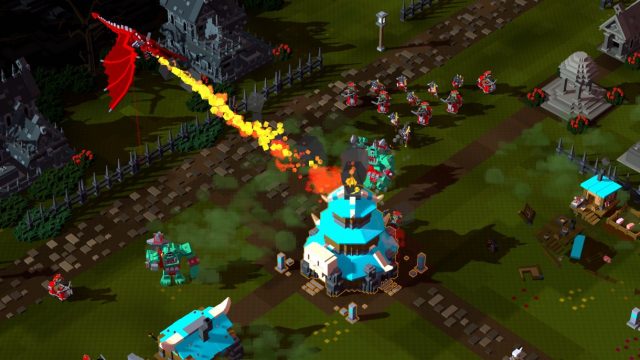 Hordes also do offer online modes and the really cool thing is that developer Petroglyph has made the games cross compatible which means that you can play Hordes against Armies and also a third title Invaders has an outer space component which I would love to explore at some stage.

In summary this is a very addictive game. It is really well thought out and accessible to all skill levels. Controls on the Dual Shock are easy to master and general navigation makes sure you keep up with the action. This is a delight to play and I am sure that it is going to pleasantly surprise a lot of people as it did for me.

I recommend you give 8-Bit Hordes a play.