Summary: The gory moments are appropriately visceral and the comedy is laugh out loud hilarious, with a brilliant central performance from Damon Herriman as the cringe worthily awkward Reg that elicits sympathy from the audience despite his actions, positioning 100 Bloody Acres as one of the most wildly inventive and entertaining entries into the Australian film industry in recent years

100 Bloody Acres, the debut feature from Australian brothers Colin and Cameron Cairnes, is a deliriously unhinged comedy/horror set in the unlikely locale of a small backwater country town. Reg and Lindsay Morgan (Damon Herriman and Angus Sampson) own a popular family owned fertiliser plant that prides itself on the enhanced growth properties of its much touted “New Blend”. Having just acquired a lucrative contract with a local potato farmer due to the success of the previous year’s blend, Reg and Lindsay are put into the unenviable position of having to catch lightning in a bottle a second time around; as you’ve probably worked out, the special ingredient of the fertiliser is obtained via a decidedly unsavoury method – Although generally concocted using collected roadkill carcasses, this “New Blend” had an additional ingredient in the form of six victims involved in a massive vehicular accident. 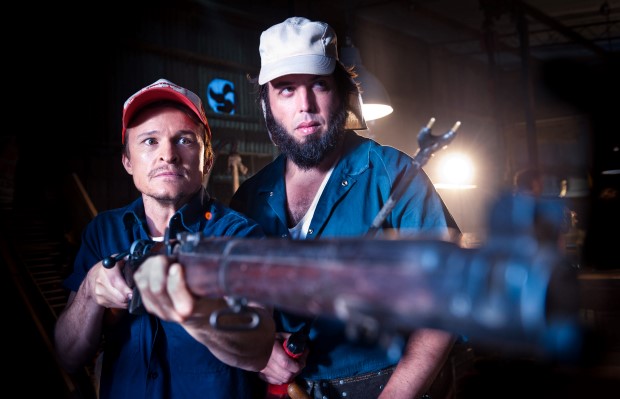 Reg and Lindsay had stumbled upon the scene and, seizing the opportunity, quickly dispatched of the bodies at their plant, leaving a mystery surrounding the whereabouts of the bodies of “The Salvo Six” that is honoured by fundraising events a year on. Reg is out doing some deliveries when, once again, he comes across an accident involving a roadie from a major music festival that’s taking place in town. Eager to please his domineering brother Reg takes the initiative and collects the cadaver before setting on his way where he runs into Sophie (Anna McGahan), James (Oliver Ackland) and Wes (Jamie Kristian), three travellers on their way to the aforementioned festival who are experiencing car troubles. Coerced by the group to offer them a lift, this momentary lapse in judgement sends Reg and the trio hurtling down a twisted path of abduction, murder, LSD trips amongst a mediocre Fairy Land and, perhaps most surprisingly, love.

100 Bloody Acres is an extremely assured film for a debut feature, capitalising on the isolation of outback Australia and effortlessly meshing the comedic and horrific elements with a deft hand. The cinematography and direction belies the film’s low budget origins and the performances are top notch all around, particularly Herriman’s sympathetic turn as the emotionally browbeaten Reg. 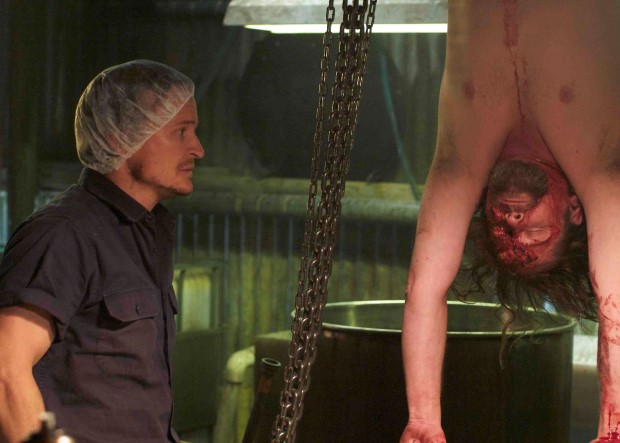 A major surprise for me was Angus Sampson’s portrayal of Lindsay; having only seen him in comedic roles before, Sampson ably carries the film as its main antagonist and is genuinely frightening at times, with most of the levity coming from Reg and his captives and the catchy radio jingle promoting the Morgan’s Organic. Initially the film moves rather lethargically and the jokes don’t come as fast as one would hope but once the intrepid trio of travellers discover the deceased roadie in the back of the van and are subsequently led to their fates the film picks up the pace, managing the rare achievement of avoiding the dreaded third act fatigue that plagues many of the film’s contemporaries. 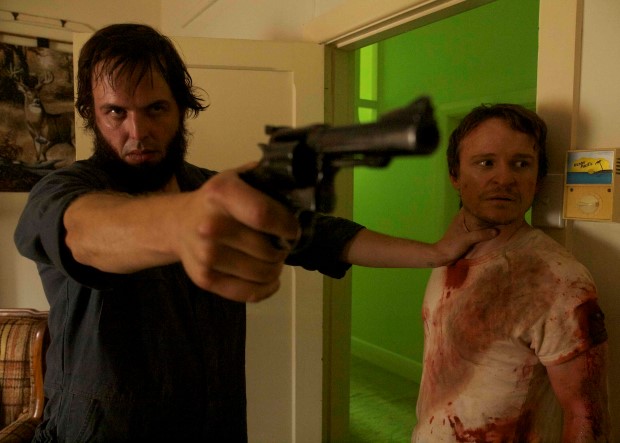 Modestly budgeted, the quality of the special effects are generally realistic and effective, and although there are moments where it’s kind of obvious that a dummy is being used this knowledge doesn’t serve to break immersion at all. 100 Bloody Acres uses its laconic pacing and the exquisite timing of the dialogue to wring every bit of humour out of the situation at hand and the film should be applauded both on its larrikin sensibilities and as an effective homage to Aussie schlock cinema – Heck, it even features a gleefully silly cameo by John Jarratt thrown in for good measure. 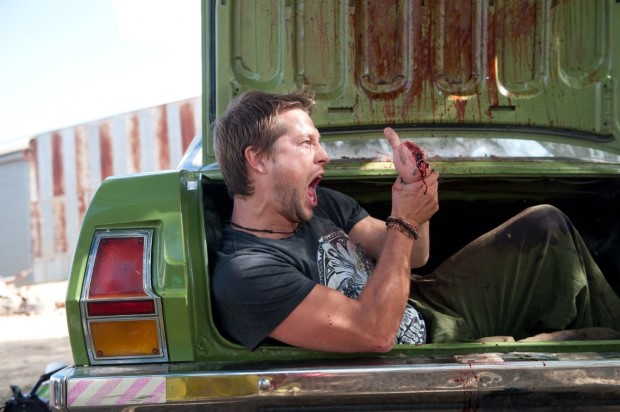 100 Bloody Acres comes with a great selection of extras, easily the best of which are the lo-fi Morgan Brothers television commercials and the segment where Herriman and Sampson, playing in character, attempt to record the radio advertisement that features prominently throughout the film. Also included is a brief but informative making of, some tests shots and a special effects featurette that illustrates how the crew managed to pull off certain scenes on such a miniscule budget. Overall, a decent little collection of supplemental features but, again, if you’re a fan of the film you owe it to yourself to check out the ridiculously cheesy television commercials. 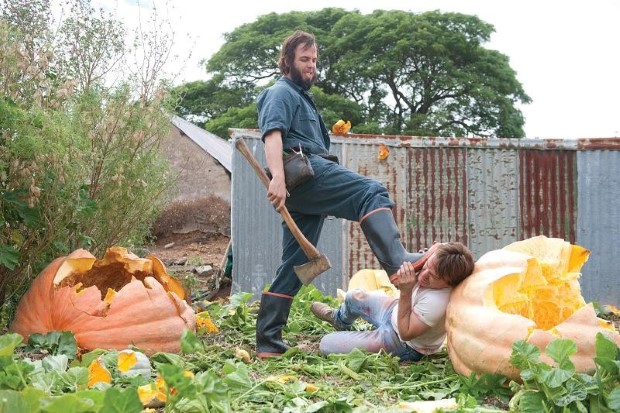 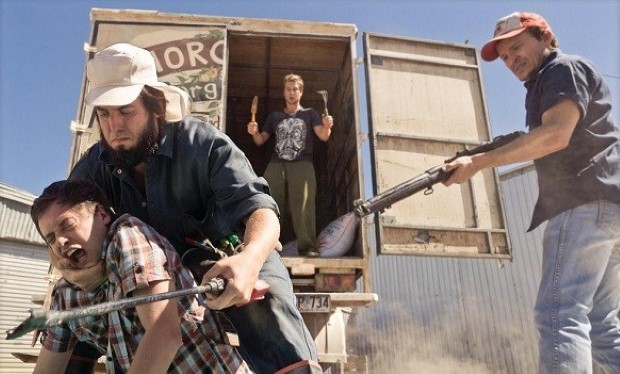 100 Bloody Acres is a knowing nod towards Australia’s Ozploitation history that manages to be both grisly and blackly hilarious in equal measure. The film successfully subverts where our sympathies lie so that our initial concern for the “victims” is replaced by contempt as certain aspects of their characters are revealed and we witness the jittery Reg being belittled and chastised by the overbearing Lindsay and realise that his actions throughout the film, whilst undeniably anti-social, are motivated mainly by a misguided desire for approval and recognition rather than any truly malicious intentions.

The fact that the entire film turns out to be a shrewdly structured ode to twisted love above all else shows that, in the right hands, even a bleak horror film can have some moments of genuine warmth. The gory moments are appropriately visceral and the comedy is laugh out loud hilarious, with a brilliant central performance from Damon Herriman as the cringe worthily awkward Reg that elicits sympathy from the audience despite his actions, positioning 100 Bloody Acres as one of the most wildly inventive and entertaining entries into the Australian film industry in recent years. Definitely recommended.