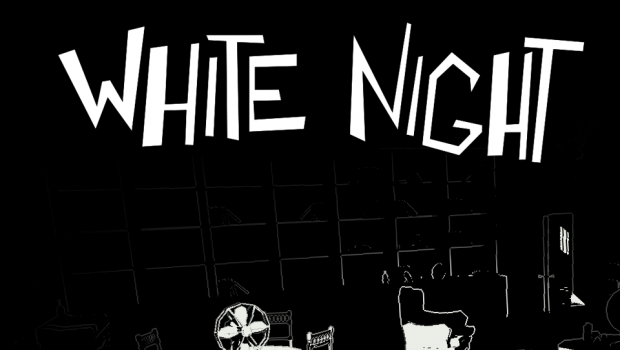 Summary: White Night is a gorgeous and intriguing game that deserves to be played for its engrossing story and beautiful art style

White Night’s gorgeous art style is both its strength and weakness. Where its atmosphere shines, its gameplay suffers; two well-designed elements that fail to mesh together as well as they should.

Set in the 1930s, you find yourself at the doorstep of Vesper Mansion. Upon entering you are trapped inside; it is dark and quiet, but you are certain there is someone (or something) very close to you. The main goal of White Night is to explore the mansion and solve puzzles while turning on lights in order to protect you from the ghosts and spirits that thrive in the darkness. Your main source of light is your box of matches; though they offer little protection they are vital to complete many tasks. Running out of matches is nerve-wracking, but finding a full box and striking that match before the darkness consumes you is bliss.

This tense atmosphere is what White Night is best at. The ghosts that haunt you are well designed and often terrifying, especially during the opening act. They are loud, fast and your only means of escaping them are stepping into the light. Sound design is impeccable. The frequent silence is almost deafening, complimented by a gorgeously dark jazz soundtrack that perfectly encapsulates the time period.

Getting caught by a ghost means instant death, and you are reverted to your last save. While not a huge issue early on this became often frustrating; the randomness of the ghosts’ appearances and the lack of frequent save points may result in long sessions of backtracking and repeating of puzzles. Later on in the game the ghosts became more frustrating than they should have been, and in turn less scary. Though devoid of any colour, White Night’s environments are rich with detail, lighting and atmosphere. Taking inspiration from the film noir scene of the 1930s, the game’s saturated visuals and high angle camera work is incredible at first glance. While it’s great to get mentally lost in a game’s design and world, being physically lost is a huge downfall, which happens a lot in White Night.

Fixed camera angles make navigation difficult, and the lack of lighting, although intentional resulted in puzzles being harder than they should have been. The puzzles themselves range from clever to downright illogical, and the lack of prior explanation as to what you are supposed to be doing could leave you stumped frequently.

White Night is a gorgeous and intriguing game that deserves to be played for its engrossing story and beautiful art style. Its impact is unfortunately diminished by frustrating design choices and an overall vague approach to its gameplay, which may leave some of you in the dark.