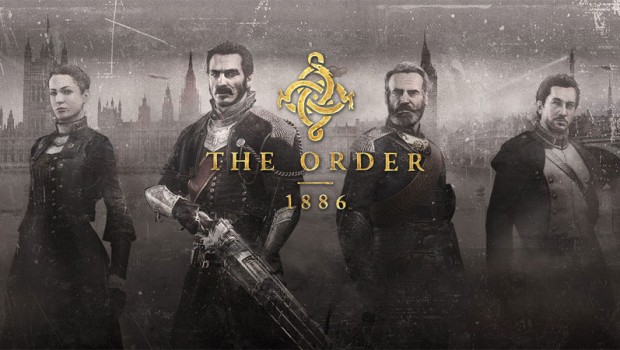 Summary: There was so much potential surrounding The Order, yet it hasn’t lived up to the expectations

Prior to its release, there had been much hype surrounding the PS4 exclusive The Order: 1886, developed by Ready at Dawn and SCE Santa Monica Studio. Set in an alternate Victorian London, the adventure sees you take control of Sir Galahad as he and the Knights of the Round Table engage in battle against man-beast hybrid creatures named the half-breeds.

With humanity suffering multiple defeats in their war with the half-breeds, the tide begins to change in favour of the humans thanks to King Arthur and his Knights of the Round Table discovering a substance that heals, and increases life expectancy when consumed called Black Water. With the aid of Nikola Tesla’s brilliant mind inventing, and arming the knights with futuristic, powerful weapons and devices, coupled with the war taking place during the industrial revolution, humanity believes that it’s only a matter of time before the war is over, and the half-breeds will finally be defeated.

The synopsis of The Order 1886 sounds pretty exciting, though unfortunately the reality is quite the opposite. What The Order does well, is pretty evident from a gameplay clip you can find online. Visually it is quite stunning. The Victorian, steampunk setting, mixed with the excellent character design had many gamers excited by what else The Order was going to offer.

Aside from the obviously high production values, sterling voice acting and sound effects, there really isn’t much else to justify visiting this wonderful setting. It’s a great shame that a game with such high potential has been released without the most fundamental element not included. The key ingredient missing here is – fun.

For a third person shooter to feel so mundane, with little to feel enthused about while engaged in fire fight after fire fight, you’d expect to at least feel a tinge of excitement, but The Order just doesn’t grip you, or pull you in. There’s no edge of your seat moments. The game plays like a movie that incorporates moments of gun fights, intertwined with some of the most pointless, abject QTE (quick time events) I’ve experienced in video games.

The QTE’s seem to have been included after the scenes in which they exist were finished. Maybe they were put in too try and keep the players attention as it becomes quite easy after a period of playing time to switch off your senses and just sit and wait until you have to engage in battle.

Each battle feels repetitive and can quickly zap any interest away from you pretty quickly. There are certain moments when a heavily armoured enemy will approach you with a shotgun or laser gun and you have to take them down pretty sharpish as receiving a few hits will kill you. I think that is supposed to get the adrenaline pumping, but all it does is serve to annoy you.

The most annoying thing above all else in The Order would have to be the cinematic aspect ratio that has been implemented. The black bars at the top and bottom of the screen are incredibly inconvenient, pointless and frustrating to look at. The Order fundamentally is a shooter, so these black bars don’t add anything other than to restrict your field of vision.

All of the above may sound disappointing but there are some aspects to the game that are done well, aside from the visuals and sounds. The cover based shooting system is solid but it certainly isn’t a game changer. I enjoyed the brief but interesting scenes with Nikola Tesla but I would have liked there to have been more exploration into the science of the weapons and devices seeing how the developers decided to use a genius scientist like him in the game. With The Order being set in an historic London, it is also a nice change of location instead of being deployed into the futuristic worlds of a U.S. city navigating through destroyed skyscrapers and parks.

Overall, I don’t think you’ll be missing out if you didn’t experience The Order 1886. Weighing up the pros and cons results in a heavy tip towards the cons, and with that I would say save your money for something else. There was so much potential surrounding The Order, yet it hasn’t lived up to the expectations. On a positive note, there is the scope for a sequel, or prequel that if it can utilize the good aspects of this effort, and incorporate some fun, then maybe we’ll have reason to feel excited about visiting this world another time.