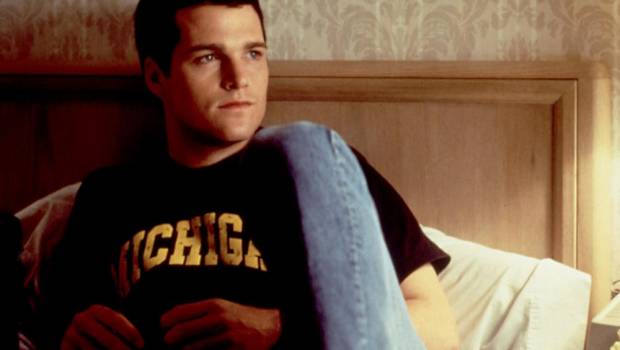 Summary: “The Chamber” tries to argue against the death penalty with a dubious case. This drama ultimately lacks tension and real direction.

A lot of human behaviour is explained by the combination of nature vs. nurture. That is, the role of our DNA compared with the environment we are raised in. “The Chamber” is a film that focuses solely on the latter by examining a violent crime committed by a racist who comes from a family of bigots. The result is a predictable story that fails to offer many redeeming qualities.

This film was adapted from a John Grisham novel. It was made in 1996 and was directed by James Foley. It includes a great performance by Gene Hackman who plays Sam Cayhall, a man convicted of setting off a bomb in 1967. This act caused the deaths of two twin boys and maimed their father, a Jewish civil rights lawyer.

Cayhall is now on death row. His rookie lawyer grandson Adam Hall (Chris O’Donnell) tries to get a stay on the old fella’s death sentence. In doing so, Hall delves into the family history and uncovers some secrets thanks to his socialite aunt (Faye Dunaway). Needless to say, Hall uncovers a little more than he originally bargained for. This film tries to humanise a bigot, which is pretty reprehensible. Cayhall’s acts and language is nothing short of terrible. This is a story trying to make an argument against the death penalty but the circumstances it is making it in mean the case is a difficult one to swallow. The fact that the accused had a brutal and violent past and trying to excuse his subsequent acts due to his racist family is just plain wrong.

“The Chamber” is supposed to be a moral drama but it lacks tension and fails to exercise good judgment. Playing devil’s advocate was always going to be tough but it’s doubtful that audiences can really back this difficult character, even with the commanding performance that Hackman gives. “The Chamber” could have had some redeeming qualities in better hands but for the most part this messy drama should have stayed locked away in the closet.