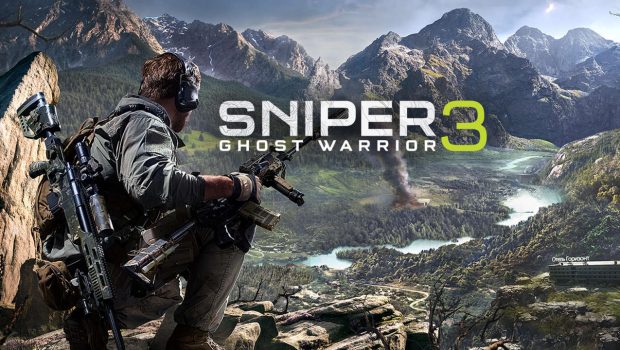 The latest installment in this series, Ghost Warrior 3 is a fun enough game to play, but leaves a little wanting in terms of both graphics and mechanics. In the game you are of course the only man for the job, blending into the wilderness to get the job done. The open world environment looks good enough, it is more when you actually get up close and personal with either your comrades or the enemy that things start to lack. In this day and age of cutting edge graphics and realism, the people that populate the game look a bit of though they were designed with previous gen graphics engines in mind. A lack of texturing and ghoulish eyes give the appearance of battling the undead at some points. Something I’m happy to do when you put the word zombies in the title.

In general, the actual game world itself looks convincing enough; I didn’t experience times that I felt I “was not there”. It does have to be mentioned that certain areas of the world you visit vary quite a lot in terms of visual quality. The linear nature of the missions meant that I did not feel the need to actually explore the open areas of the game. It does try to get you to do so with side missions that you can undertake, which might keep some players going after the initial gameplay of about 12-14 hours is done with. I did complete some of the missions for the purposes of this review, but there was no real compulsion to get into them. The missions themselves are fun and do make you a real part of the action. There are several different gameplay styles that Ghost Warrior 3 rewards you on based on your decisions you make during the game. XP is given for Sniper, Ghost or Warrior which unlocks more skills for you accordingly. Another cool thing is that you unlock different loadouts upon completion of missions etc, however the game is able to be completed with your initial weapons almost without exception. Speaking of the weapons; they are really well realised and do feel as though you are using them. The way the weapon looks through to how it’s discharged is well done and a key part of the immersion factor in the game.

Over large areas of the world you can opt to fast travel which breaks the monotony somewhat. There are various vehicles you can commandeer, however there are just as many or more that will remain locked to you for the whole game. Driving is OK the first few times but then you just want to get into the action again and the fast travel option allows that. It is a good addition for those who just want to play through the main missions without distraction. A major complaint I did have with this title was the loading times. These are not the fault of the developer but more the PSN network. Initially I got to play the introductory episode then was informed that I had to download the rest of the game. This took utterly forever with a moderately fast connection speed it still took roughly five days for me to get the full game to play. It’s really not good enough and when you are keen to keep playing this is unacceptable. Apparently it is a known issue with the network but it is one that really needs to be addressed by Sony.

The combat experienced was satisfying to play through, though there would be moments where I would scratch my head when the AI sent the enemy into a spin, literally. Enemy soldiers would sometimes spin on the spot when I was detected. Sure this gave me the chance to snipe them, however I would have liked it more if they were to actually move from their positions to find me! They were not the most adept at spotting me either; I could almost be out in open space and still able to evade them. It seemed that the main time I would be spotted was if I was to openly run about or go super loud close to enemy proximity.

In terms of a realistic sniping experience CI games has this nailed. You can tell they care about the intricacies of this and most items have been thought of and implemented, including wind speed, elevation, breathing and so on. It is rewarding to get the shot when there are a number of variables that affect your general gameplay. A bullet cam is your reward for achieving good shots; however they become quickly repetitive and eventually feel like a slow motion waste of time. Take away the kill cam and the actual setting up shots is enjoyable and you feel like you have achieved something when hitting a target. Sniper Ghost Warrior 3 is one of those titles that will absolutely appeal to those who love their sniper games. Attention to detail in that regard is on point and a pleasure to play. For those who want to get out and around the actual world, you might find that it gets a bit dull after time. There is not much to keep your interest in the storyline, but the actual missions should keep you going. The entire game for the most part holds up against other titles in terms of sniping mechanics but without the compelling story to make you really care about the characters, or indeed the outcome. It’s worth the buy, but just be sure you are aware of its limitations.