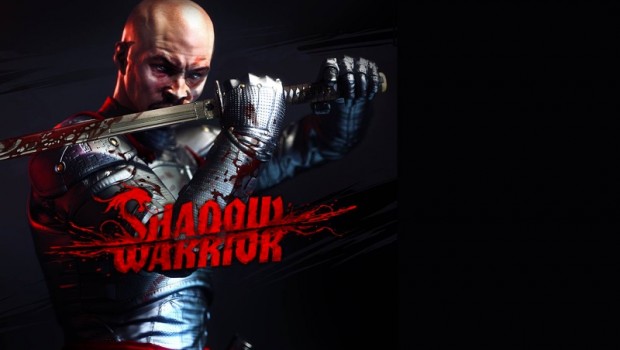 Summary: Shadow Warrior on PS4 is a brilliant homage to what make the 90's video gaming world so entertaining!

I don’t think I’ve had this much fun in a first person shooter for a long time as developers Flying Wild Hog re-imagine a cult 3D Realms classic with the return of Shadow Warrior to the 21st century. More importantly, the game doesn’t take itself too seriously as you hack and slash your way through an almost never ending hoard of enemies. We reviewed this game via the PSN store and after a hefty 7.1GB download, Shadow Warrior was successfully installed on our PlayStation 4 in order to give me 17 levels of 90’s goodness with a much needed 21st century facelift. The developers even include a homage of the original PC game from 1997. The story behind Shadow Warrior revolves around Lo Wang, a company man who works for Zilla Enterprises and yes, there’s some great one-liners in the game about his name. However Lo Wang has been given the unceremonious task to retrieve an ancient sword but unfortunately a demon invasion gets in the way and from there, hell is unleashed upon the world of man. Even though Lo Wang is a doofus, he does evolve into a very entertaining and bad ass hero who even gets a demonic sidekick called Hoji.

Most seasoned gamers will be able to finish the title in around 10 to 12 hours and the developers have done an exceptional job at mapping the controls on the DualShock 4 controller which feels just right as you navigate through the gaming world, attacking enemies with your sword and throwing shurikens into their vile bodies. Shadow Warrior is also boasts four levels of difficulty and the highest difficult is a true challenge. Apart from the very fun gameplay, comedy plays a huge part of Shadow Warrior which will have you laughing out loud, especially from the witter banter of Lo Wang and his buddy Hoji. Combat is the highlight of Shadow Warrior which is extremely fluid on the PlayStation 4 and opposed to other first person shooters, this game focuses heavily on melee attacks, especially Lo Wang’s katana. As you slice and dice your way through enemies which is quite graphic, it just feels perfect and quite natural. Then you have your shurikens or “ninja stars” and as you progress, Lo Wang will find other weapons later on such as duel wielding machine guns and rocket launchers but for the most part, you will always come back to your trusty katana. The game even supports an RPG element that allows Lo Wang to upgrade his skills and powers such as gun upgrades for more damage or increased healing. These upgrades also affect the appearance of Wang via tattoos which is quite cool. Enemies in the game are quite diverse and the bosses are truly insane with some impressive looking creations on the PS4. All in all, the gameplay is a little dated but it’s quite flawless and very entertaining on this high-end console.

Graphically, Shadow Warrior may not boast all the bells and whistles of a AAA title but there is something endearing about the gaming environment that harkens back to a simpler time. With that said, the graphics are not bad but they do look a little simplistic, except for the gore which is definitely overkill. The game also runs at a beautiful 60 frames per second at 1080p which successfully creates a good looking game on this console, especially the Japanese inspired backgrounds and strange demonic looking characters. Audio is equally as good and the voice acting is over the top, clichéd and a little cheesy which suits the premise well and I love the banter between Lo and Hoji, especially the pop-culture references.

Shadow Warrior successfully takes the best out of the 90’s and turns it into a very amusing first person shooter that thankfully doesn’t take itself too seriously… remember those serious Doom remakes? This is not the case with Shadow Warrior as it gives the player pure fun in not just the overtly gory violence, one-liners and jokes but the entire gaming atmosphere that is put together with a very amusing storyline with very memorable protagonists from the classic 90’s!