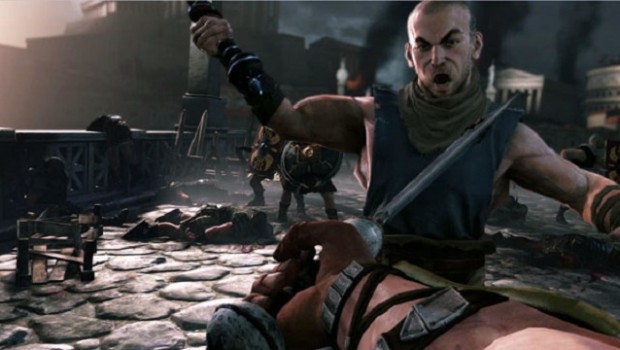 Summary: I wanted so much for this game and at the end of the day, it's more a tech demo than a fully fledged game.

Ryse Son of Rome is probably one of the best looking launch titles for the XBox One because nothing so-far (things will change fast however) has come close. In the game, you play Roman Soldier Marius Titus who must avenge the death of his family and restore honour to Rome in some truly gory combat that is extremely reminiscent of the movie, Gladiator or the Sony game, God of War.

As Rome is besieged by Boudica, Ryse Son of Rome is truly a joy to watch, especially the Roman inspired graphics and more importantly when the battles start, swords will clash, arrows will fall from the skies and internal organs get sprayed on your FULL HD TV which leave you stunned when you first experience this. Graphically, the attention to detail is amazing and whether it’s the realistic skin tones, the amazing backgrounds or how the characters interact with the environment, it’s quite simply flawless. The developers behind the game are Crytek (Far Cry and Crysis) and originally this game was going to be released on the XBox 360 for Kinect but since E3 in 2010, the game has changed considerably and for the better I’m guessing.

In terms of graphics, it’s almost like you are in ancient Rome itself, especially from the realistic environments that at times is photorealistic. This is truly next-gen graphics!

Although this is a third person action adventure, the game does use Kinect which allows you to bark orders at your squad. It’s a neat twist and really immerses you into the game itself as you scream out orders. The combat in Ryse is extremely violent, bloody and gory which allows the player to perform a variety of devastating moves.

The controls are also well mapped on the new XBox One controller but the combat engine has big issues. Unfortunately the quick-time events become a little repetitive when you are finishing off your foes but by the gods of ancient Rome, it’s still a treat to watch. Apart from just hacking and slashing, there is a relatively impressive blocking system that even allows for counter attacks. My favourite attack is the “300″ kick attack that pushes your foes or even enemy siege ladders into the distance. However as mentioned, things become very repetitive early on in the game and in the end it does feel like a button masher.

The game does challenge players slightly with the boss battles but where the game shines is through the execution animations and there are almost 100 of these. Yes they are very violent. Titus also has a focus attack which is like bullet-time and allows him to string a succession of attacks that does prove valuable at certain parts of the game.

One cool element about finishers is that you can choose where you want your points to be distributed such as s quite a clever little feature but once again is not fleshed out enough.

The game does support multiplayer as you can join a friend in co-op at the Colosseum for classic gladiatorial waves of enemies. It’s a fun diversion from the main game but once again, it does become a little too repetitive.

Ryse Son of Rome is a beautiful looking game on the Xbox One that regrettably suffers from monotonous gameplay which is a “crying” shame. I wanted so much for this game and at the end of the day, it’s more a tech demo than a fully fledged game. • Cinematic immersion in the Roman Empire – Ryse: Son of Rome presents a cinematic recreation of the Roman Empire in breathtaking detail, from the northern reaches of Britannia, to the coliseum and the very heart of Rome.

• Brutally realistic combat – The brutality and intensity of Roman warfare are brought to life in visceral detail, thrusting the player into the chaos of close-quarters combat, where you can see and feel the emotion on your opponent’s face.

• Embark on a journey of revenge, betrayal and divine intervention – Ryse: Son of Rome tells the story of a young Roman soldier, who witnesses the murder of his family at the hands of barbarian bandits, then travels with the Roman army to Britannia to see revenge. Quickly rising through the ranks, he leads the Roman army against the barbarian horde, then discovers that he must return to Rome to find his vengeance.

• Gladiatorial glory – Rome is synonymous with the Coliseum and its epic gladiatorial battles, and in online MultiPlayer Ryse will plunge you into this brutal world*. Take on the guise of a gladiator and enter the Coliseum to fight side-by-side against an everchanging array of enemies, in dynamic environments, to the roar of thousands of spectators.