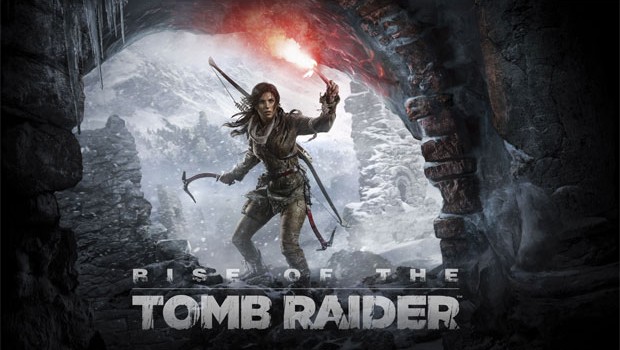 Rise of the Tomb Raider Review

Summary: Rise of the Tomb Raider is a brilliant game on the XBox One but it’s familiarity with the previous game prevents it from being its natural successor

Welcome back to one of gaming’s most powerful female protagonists with Lara Croft as she attempt to unlock the secrets left behind from her father that revolves around a forgotten city, a long lost prophet and an ancient artefact that holds a link to the “divine source”.

Unfortunately for Lara, a powerful and clandestine organisation known as the Trinity, a paramilitary group of religious zealots are also searching for the same item that our tomb raider wants which causes them to clash on many levels in this dangerous game of cat and mouse.

Without spoiling the story too much, the villain in the game is Constantine who has been sent by Trinity to recover this object, however his link to Lara definitely creates a big reveal and betrayal for Lara. I also loved the end of the title which definitely closed many of the doors of this current story but also left it open for future stories. To assist Lara in her journey, she has the research of her father, including recordings but many dubbed her father as “crazy” but Lara vows to find the truth and shares the same passion and dedication as him. There are even flashbacks or memories that Lara will unleash about her father which helps flesh out the story.

So while you explore this beautifully created world, you will also find documents littered through the gaming environment which also helps the player place together the story of the prophet. That’s one thing I liked about the rebooted Tomb Raider series is that there are generally two parallel stories running at the same time, one set in the future with Lara and the other set in the past. The gameplay of Rise of the Tomb Raider is reminiscent of the 2013 game which requires the player to control Lara in a third person perspective which features exploring, climbing, stunts, combat and a healthy dose of puzzles. The title also boasts some great quick-time events which flawlessly switch from ingame to an interactive cinema that requires you to push a button or perform an action such as jumping at the right time or attempting to use your pick axe.

These actions are time limited and really help break up the gameplay and give the player some great excitement plus an adrenaline rush. Lara also has some equipment to assist with her adventure such as her glow stick and needless to say, I’ll never look at scorpions the same way again. I also loved her grappling gadget that allowed her to reach some very dangerous places. Climbing mechanics seem much sturdier then the previous game as you precariously explore dangerous mountains and forgotten cities looking for clues, documents and ancient treasures. So as you jump, climb and hang, the control of Lara is perfect and even the wall scrambles which require you to run up the wall in order to reach a climbing point all work well. At times, the controls are a little clunky but thankfully the game includes a decent check point system.

Puzzles play a key role in the game and Lara has access to a survival instinct vision which when used basically highlights clues, treasures and areas that you need to access. This time is limited and does help the player should they get stuck. What I liked about the puzzles is that most did not seem too forced or contrived but actually suited the story and the level design quite well with some really clever water puzzles. In the spirit of Prince of Persia which does share some parallels with this game, there are a variety of traps that must be avoided and if you don’t, this can lead to the brutal death of Lara and these scenes are very graphic. The game also contains a RPG element which does allow you “level” up Lara in order to give additional skills to successfully complete her mission and this works very well with the third person adventure game mechanics.

So at camps, this is where Lara has the ability to level up which are split into primary skills that include Brawler (Hand to Hand combat and healing abilities), Gathering (Hunting and scavenging abilities) and Crafting (Crafting and exploration abilities).

As you progress, you are awarded points that can the be used to purchase these skills plus the items you found in the world can also be used to upgrade your weapons and equipment. Apart from the main mission, there are also challenge missions such as exploring a new tomb or using some newly acquired skill to help complete this task. This definitely increases the gameplay. Combat is another element of the game which works well and it’s always a joyous moment when Lara gets her handguns because it pays homage to the original series. So while you shoot and use a variety of different weapons against your enemies, you’ll also need to use the environment to your advantage that may be covering or using something else to destroy your enemies.

Another cool component of the game are the viscous takedowns which are very graphic. The water takedown had me staring at the screen in not just amazement but also shock at how cool this was. So these stealth takedowns definitely make the combat more enjoyable and diverse such as aerial takedowns or hiding in the bushes. All in all, Rise of the Tomb Raider is another thoroughly enjoyable experience on the XBox One. When it comes to graphics, Rise of the Tomb Raider boasts some amazing characters, environments and special effects that at times is like watching one long pre-rendered cinema due to the attention to detail. So once Tomb Raider is booted up on your Xbox One you are treated to one of the best intros of 2015 that sees Lara and her companion navigating a dangerous snow covered mountain which has some of the best realistic snow and ice effects in any title. Then you have the avalanche scene which not only puts you in the shoes of Lara but you really feel her emotions and her quest to live when the storm front finally hints. While we’re on emotions, developers should one again be commended on the realistic emotions that these characters display and as a result, it really makes you want to protect Lara from this dangerous world. From the realistic eyes to the way the characters mouths move, you can tell that Rise of the Tomb Raider is a true work of love. You can even see the sweat glistening on Lara’s skin or the scratches that she collects on her adventures which really make you appreciate the graphical engine behind the game. Add in the natural human-like movements of the characters and the game makes a perfect transition from rolls to jumps and even how Lara dives into the water. I also like how Lara’s clothes gets drenched from water and she even squeezes out the water of her ponytail and adjusts it once out of the water. The skin tone on the characters is another highlight which once again makes the characters quite human in their appearance. The final piece of the graphical puzzle for Rise of the Tomb Raider are the detailed backgrounds which makes it feel like you are in some forgotten city or some exotic distant land that really assists with the overall level design. Special effects and lighting add to the immersion factor of the game like Lara’s blue or orange glow stick which creates this eerie light or the way the mist is sprayed off waterfalls, this game really enhances the previous title and on the Xbox One, it’s a piece of modern art. The only drawback to the graphics is that Rise of the Tomb Raider feels a little too familiar to the original game and I for one, wished there was more variety but even so, it’s still a great looking game on this console. Audio is another big part of Rise of the Tomb Raider and like the graphics, there’s a whole wealth of detail in this department and when you stop and virtually smell the roses, the background ambience with the sound is perfect which may be the sounds of animals or the weather which makes this game a living breathing world. Voice acting is brilliant, especially as Lara who is played by Camilla Luddington who really should play this character if a movie is ever made. The soundtrack also changes with what’s happening in the world of Lara and once again tugs at your emotional heartstrings when things are getting a little difficult for our hero. I really enjoyed Rise of the Tomb Raider on the XBox One, however my biggest concern about the game is that it feels a little similar to the previous game. This is not to say that the game is bad but on the contrary, it’s quite good, however things felt the same like the villain, locations and gameplay.

Nonetheless Crystal Dynamics have definitely tried to spice things up but given the familiarity of the title, this is the reason why this game did not score a 5 out 5. So at the end, Rise of the Tomb Raider is a great game on the XBox One and if you enjoyed the previous title or love action adventure games then you really should check out this game.