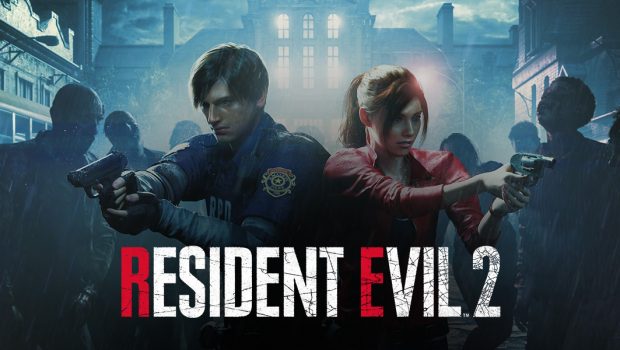 Summary: A fan-faithful remake rebuilt from the ground up and jam-packed with quality content. A package both longtime Resident Evil fans and newbies will enjoy.

In a generation full of remakes, remasters, re-imaginings and reboots of varying quality, Capcom have pulled out all the stops to breathe life into the ageing, shambling corpse of the 1998 genre-defining classic, and masterfully brings Resident Evil 2 into the modern era of gaming.

To call this just a remake is underselling its achievement as a fan-faithful recreation that completely rebuilds or re-imagines everything from the ground up – characters, engine, graphics, setting and story – and as a result RE2 has never looked or played better. Remember curtained hair, grunge music and Windows 98? Resident Evil 2’s opening moments transport us back to that nostalgic era of 1998 – against the bloody backdrop of hell on earth. Set in the fictional Raccoon City, a zombie apocalypse has brought the American metropolis to the brink of collapse, with survivors taking refuge in its infested buildings. Players are put in the shoes of two protagonists, each with their own unique campaign: Leon S. Kennedy, a rookie cop with nerves of steel; and Claire Redfield, bad-ass student searching for family, as they arrive, unaware the nefarious Umbrella Corporation is behind the outbreak. Beginning with the intention to merely survive, the pair eventually become intertwined with the fate of the city, mired in the blood of illegal biological dealings.

The narrative largely retains the same basic skeleton of the original, with several re-interpretations and new events. Whichever of the two leads you choose upon starting your playthrough, you’ll encounter exclusive characters, enemies, weapons and situations which are remixed upon completion after you begin a ‘2nd Run’, which puts you in the shoes of the other protagonist and leads to the true ending. Within the story, Leon and Claire remain split up for the majority of the game, as they try to find a way out of the Racoon Police Department (RPD), the true star of the show, and gradually uncover the corporate espionage and disturbing circumstances of the outbreak. Supporting characters such as Ada Wong and Sherry Birkin return and have their own short gameplay segments, while the 4th Survivor mode featuring series enigmas HUNK and Tofu round things up to 10+ hours to complete on Standard. Playing on Hardcore mode, however, is another story, with limited saves (‘memba ink ribbons?) and stronger enemies that sucks up time. Tons of easter eggs, bonus artwork, a 2nd Run for your first character and cheeky trophies further add to the already impressive package.

The cinematic cutscenes and general storytelling respects the original game’s iconic lineage, and masterfully balances both the need to evoke nostalgia while representing the gritty new modern horror aesthetic, ultimately bringing the tale into the 21st century. A charming level of B-movie cheese pervades the entire script, but it’s clear Capcom is taking advantage of advancements in technology to make the apocalyptic situation as confronting and horrific as it would realistically be. Leon looks and acts like the 21-year old rookie cop he should (though he retains his penchant for one-liners) and Claire the young university student in-over her head, both visibly and verbally showing horror at the dangers they barely escape from. Characters like Marvin Branagh and Robert Kendo are equally less one-dimensional and more believable in their portrayals, while environments are immaculately detailed and better showcase the unspoken tales of those who died before. As a result, it’s easier to get immersed and invested in the nightmare the leads find themselves in. It’s not just the story the remake manages to transition into the modern era smoothly; the switch from fixed camera angles and tank controls to over-the-shoulder, third-person shooter gameplay is equally as satisfying. It’s not controversial to say much of the original 1998 game’s horror was because of the complex movement and limited character perspective, which meant every corner turned required absolute precision and timing to avoid the undead abominations inevitably waiting.

Many fans voiced their concerns online about the game losing such tension and devolving into a shooting gallery with the new camera, but it is thankfully not the case. The tighter controls and increased visibility may be easier to line-up headshots and sweep each room without blind spots, but the dark corridors, cramped rooms and labyrinthe design of the Raccoon City Police Station combined with the close camera (the FOV of which can be adjusted) evokes a stronger sense of anxiety and claustrophobia that falls in line with the grittier aesthetic the modern remake nails.

Meanwhile, the built-in philosophy of exploration, puzzle-solving, resource micro-management and zombie-juggling remains at the core of Resident Evil 2’s tense gameplay loop. As Leon and Claire, you’re set loose in the iconic labyrinthe setting of the Racoon City Police Department, its hidden underground rooms and the surrounding zombie-infested city, to survive the night and figure a way to safety. The station’s grand entrance will be familiar to long-time fans, but the space has been redesigned to add a fresh spin to the classic claustrophobic encounters, head-scratching puzzles, tantalising secrets and heart-pumping traps of the original. You’ll pine for the open spaces of the initial reception area as you soon navigate tight corridors and antechambers filled with locked rooms, obscure artefacts and horrifyingly aggressive zombies and monsters, most of which take pinpoint precision to put down, or clever positioning to dodge their ravenous lunging, as you dash to grab that vital healing item or fight for space to uncover the newest path to proceed. Risk versus reward remains a big part of the formula’s appeal. Is it worth spending that last shotgun shell, or running past the horde and taking a bite – and therefore consuming a healing spray? Should you use resources to kill a licker, or run but lose free access to an area later? The resource management framework is still key in the remake, and it’s as challenging as ever.

If there’s one game that finally makes zombies the frighteningly inhuman walking corpses they should be, it’s the Resident Evil 2 remake. The undead are relentless in their drive to devour the living and individually unpredictable in the danger they present at any given moment. I played primarily on Hardcore difficulty, but even on Standard mode the average zombie always presented a constant threat – some were aggressive in their pursuit, others lurked in the shadows until stirred, and many more I thought were killed bit my ankle or gave me the shock of my life at the worst possible moment.  They continuously persist even after catastrophic damage, and only stay dead after enough of the brain has been destroyed. Extremely scary to deal with, but oh so much more fun to overcome.

The tighter third-person controls may seem like it makes killing easier, but varying levels of speed combined with their lack of pain means even after immobilising limbs or attempting to blow head offs with hastily aimed headshots won’t guarantee the end of their harassment. All of this beautifully enhances the addictive RE2 formula, of course – more bullets to kill them means a greater emphasis on ammo conservation, player positioning and an overall smarter approach to each new room. You’re never meant to kill them all, but treat them as another puzzle or obstacle to navigate and keep track of as you run through the station and backtrack with the appropriate keys or items. Of course, it’s not just the zombies you have to deal with here. Oftentimes you’ll be running from far more greater – and terrifying – eldritch monstrosities. Lickers make their grand return, blind as bats but incredibly dangerous if they manage to track your movements. Zombie canines hound your progress in later areas, easy to dispatch with a shotgun shell if you catch them before they run and nip at your heels. Masses of indescribable bio-organic abominations lurk in the sewers, ready to chew your head off if you make one wrong turn. The scariest remains the Tyrant T-00 (Mr X), a hulking figure that stalks you for sections of the game. He’s unkillable, frightening (even with his stupid hat) in his speed and unpredictable nature, and forces players to remain aware of their surroundings. This guy had me on my toes throughout my Hardcore playthrough and weighing up whether to take one of his powerful blows to the head or run head-first into the horde of incessant zombies instead.

The sheer amount of fan-service contained in the remake will please both long-term series fanatics and casual newcomers interested in the 20-plus years of campy, compelling lore the quirky Japanese franchise is known for. Numerous collectibles, environmental easter-eggs and in-game documents reference the original 1998 game, while others introduce frightening and often humorous spins on pre-existing characters (one about Chris Redfield brought me to tears).

New interpretations of iconic secondary characters and outlandish scenarios equally strike the perfect balance between nostalgic throwback and gritty overhaul. Ben Bertolucci is still hot on Umbrella’s corrupt trail, Annette Birkin is even more ruthless, Tyrant (Mr X) receives a graphical update to make him the relentless undead terminator he deserves to be, the reptilian surprise in the sewers is less silly, Chief Irons is much more sinister as was originally implied and Ada Wong’s redesigned combat outfit is more befitting of her secret agent status (yes, her iconic red dress still makes an appearance). In terms of graphics and performance, Resident Evil 2 is up there with the best looking games of the eighth console generation. Using Resident Evil 7’s much-lauded RE Engine, character models and environments are photo realistic, facial animations are expressive, lighting and shadows are dynamic and detailed, rain and water effects cling to characters and the zombies are the most terrifyingly detailed walking corpses in any video game-to-date, with every bit of decayed flesh, exposed organs and dismembered limbs meticulously detailed. Combined with a murky blue palette cleverly juxtaposed against the constant scarlet of bodies and brains, the remake evokes a constant atmosphere of dread, oppression and tension – all of the good kind!

The zombies and other B.O.Ws such as the iconic lickers and cerberus dogs are painstakingly detailed and a horrific spectacle to admire. Every bullet you fire into their undead bodies leaves a mark and the dismemberment system means they’ll keep coming even after losing an arm or leg – or even half their rotten face after buckshot. The only downside is the lack of variety in zombie models, with the same faces recycling after the first few hours, which detracts from the immersion somewhat after you’ve blown off the head of the same undead cop for the fifth time.

Resident Evil 2 is far from just a visually enhanced remaster or cash-in re-release, but a full-blown recreation of the 1998 original title built-from the ground up for modern audiences. Following the lead of 2017’s Resident Evil 7, this is very much a return-to-form as the king of survival-horror. Highly recommended for fans or interested newcomers looking for a challenging, terrifying and engaging survival-horror gaming experience – a great start to 2019 for gamers.