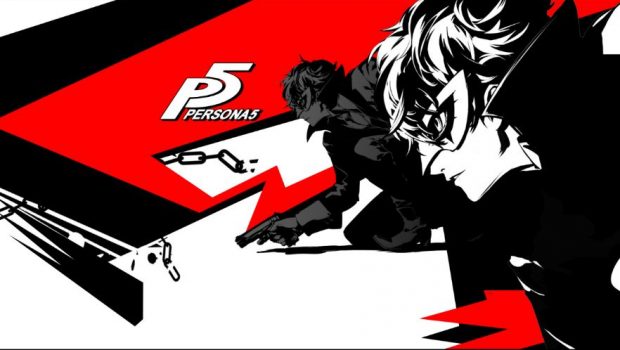 Summary: With engaging social simulation gameplay, addictive turn-based combat systems and an unmatched visual style, Persona 5 is the ultimate Japanese role-playing game any PlayStation 4 owner, newbie or hardcore fan, should give a fair go in 2017.

Persona 5 is the ultimate Japanese role-playing game any PlayStation 4 owner, newbie or hardcore fan, should give a go in 2017. Combining addictive social simulation mechanics with fast and frantic turn-based combat systems and an engaging long-form anime storyline, it adds a level of style and flair to the already esteemed JRPG franchise, elevating it from the fringes of niche and decisively into the mainstream – without sacrificing its unique formula or identity.

Persona 5 puts players in control of Joker, a quiet second-year high school student with a less-than-stellar reputation. Forced to move to Tokyo for a year on probation to avoid the fallout of a questionable criminal charge, Joker is immediately ostracised by his teachers, parental guardian and fellow students without second thought for the unfair rumours which follows him. Joker’s isolation is gradually traded for camaraderie with several other social outcasts – a rowdy ex high school track star with a violent past, a foreign teenage model bullied for her looks, an orphan suffering emotional blackmail – who all have been similar victims of cruel and often sickening adult figures.

These disenfranchised teenagers form the game’s engaging main cast collectively known as the ‘Phantom Thieves’, a group of masked fighters who learn how to summon powerful inner manifestations of themselves called Personas by entering the shadow world of the Metaverse. Refreshingly, Joker and his friends embrace their supernatural abilities and aim to go about ‘stealing’ treasure from the inner minds of particularly evil or distorted individuals, forcing them to have a change of heart in the real world. Think Inception mixed with your favourite anime series, with clever subtext about young Millennials sick of waiting on the older generations to make a change – and taking things into their own hands instead, despite being scorned and judged for it. Persona 5 effectively shake-ups the slow but steady formula of its predecessors with its rag-tag band of masked outlaws, and wastes no time in diving into sensitive topics such as bullying, sexual assault and domestic violence in the backdrop of a conservative Japanese high-school setting. The dark narrative themes explored aren’t exactly new territory, but the game’s numerous characters are definitely a far cry from the more friendly and welcoming bunch inhabiting the quaint little town of Inaba in Persona 4. The somber atmosphere permeating the overall story is incredibly engaging, however, and there definitely still is plenty of upbeat stories, characters and Japanese video game tropes to look forward to throughout the game. As Joker, the core gameplay of Persona 5 involves navigating all of these deep societal problems between two distinct worlds: High-school and the Metaverse.  For newcomers to the series, think social simulation mechanics mixed with satisfying Japanese turn-based role-playing combat, and you get something real addictive, real fast. The first world is the aforementioned social simulation part of the game – you engage in all of the daily activities teenage high school life entails over the course of a single year. That means studying, commuting, working part-time jobs, attending after-school catch-ups, acing exams and more. This is all organised via a dedicated calendar and complimented by a full day-night cycle and weather system. In-between scripted main story events you are gradually let loose to explore and interact with Tokyo and all of its inhabitants and choose which activities to dedicate time to as you see fit. Everything you to do in the real world is to improve your stats and capability as a Phantom Thief: Studying improves your knowledge, performing bold tasks improves your guts, and improving your relationship with friends (called ‘Confidants’) grants you special bonuses to help you fight the Shadows in the Metaverse, and making use of your limited free-time to reap the most rewards is crazy fun.

The Confidant system (called social links in previous Persona games) is incredibly rewarding, both mechanically and story-wise. Many of the game’s extra side-stories are unlocked only if you put the time into hanging out with your friends and allies while saying the right things. Romantic relationships with most of the female Confidants are entirely possible as well, with some entertaining scenes if you opt to play the role of sleazy casanova. The social system and the substantial payoff from the stories told is all incredibly immersive and is still clearly developer Atlus’s main strength – they really do put you in the shoes of a Japanese high school student trying to juggle saving the world and getting girls (hint – it’s often times hilarious and infinitely charming). Subjectively, I did find a few of the side characters and their stories a little less fun to interact with than my favourites from Persona 3 and 4, but with more people to speak to in 5 you’re bound to connect with at least one of the very eccentric main or supporting cast. The second world you’ll be navigating throughout Persona 5 is the Metaverse, where the Phantom Thieves visit to steal the next big bad adult’s inner corrupted heart. Main storyline bosses inhabit massive ‘Palaces’ (basically dungeons) which are fully hand-crafted environments full of stealth sections, puzzles and combat encounters themed around the particular corruptions and desires in the mind of the antagonist of the week. This is probably the latest game’s biggest improvement from past titles, but if you miss the randomised dungeons of yore, you will still find it in Mementos, another labyrinth of the Metaverse where smaller procedural side-quests get sorted and where you can grind for additional experience points or resources to get ready for the tougher story-critical Palaces.

Palaces and Mementos are where the role-playing gameplay of Persona 5 kicks in. Hostile Shadows roam these dangerous locales and encountering them on the field brings you into a turn-based combat system, where Joker and up to three other party members can duke it out with the demons using basic attacks, guns (powerful moves restricted by limited ammo) or the abilities of each Phantom Thief’s Persona. Joker’s trump card is he can use more than one Persona, capture defeated Personas (and ask them for money or items) and fuse them into more powerful Persona – think a dash of Pokemon monster collecting mixed with Shin Megami Tensei’s negotiation system. The higher your Confidant ranks, the more powerful your fused Persona will be. The paper-rock-scissors system in the form of exploiting elemental weaknesses to chain consecutive attacks is simple yet addictive, and makes battles fast and fun rather than slow and grindy. All of my enjoyment with the battle systems was aided greatly by Persona 5’s ridiculously stylish user interface, soundtrack and overall aesthetic. Literally everything – from navigating in-game menus to pulling off special attacks to the victory screen at the end of a battle is accompanied by slick comic-book esque visuals and a funky Jazz soundtrack (it doesn’t beat the darker hip-hop tones or J-Pop tunes of 3 and 4 respectively, but it’s definitely a delight for the ears). While the battle chatter and victory dialogue can get repetitive, the very strong English localisation and voice actors add endless charm and character to all aspects of Persona 5, and all you purists out there can even download and use the original Japanese VA with English dub should the American voice talent grate your ears.

Persona 5 is one of my favourite video games released in 2017, and stands out even in a year flooded with other particularly strong releases. There were a few minor issues – the character of Morgana and his purpose as a ‘guide’ for Joker feels suffocatingly restrictive at times, acting as the annoyingly vocal wall preventing the player from engaging in the game’s activities during main story events, and the English localisation and voice-work, despite its overall quality, often felt stilted and flowed much less naturally in the early game compared to its predecessors. While past games no doubt had similar moments, I can with no doubt envision players new to the series assuming the game is a whole lot more linear and flowery in dialogue than it actually is due to the frequency of said encounters, though it does get stronger the further you get into the game. Persona 5’s theme of rebellion as necessity to spark long overdue social change is outspoken, thought-provoking and intensely stylish, and its addictive long-form anime format combined with the franchise’s fast and frantic turn-based role-playing gameplay and social simulation systems results in an immensely unique video game experience. This is a definite buy, especially after a nearly ten year wait between entries!

If you loved Persona 3 and 4, Persona 5 isn’t just more of the same – it’s a giant leap forward and its sheer quality proves Atlus clearly can still pull off their special formula which has endeared their series to so many players around the world while catapulting their JRPG darling further into the mainstream limelight it deserves.