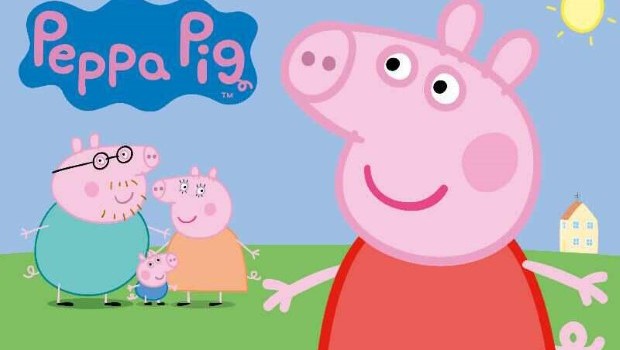 Summary: Peppa’s Circus can be a bit monotonous for older viewers as the series just doesn’t have that cross generational appeal, however when viewed solely as a show for children then the series is a resounding triumph.

Mention the name “Peppa Pig” to any parent of a child under five years old and you’ll most likely receive a knowing nod or an exasperated eye roll.

Created by animation studio Astley Baker Davies, Peppa Pig has become a true phenomenon since its debut in 2004, permeating many family households with its innocuous and innocent playful forays into the lives of the titular character and her anthropomorphic family.

Peppa Pig’s focus is aimed squarely at the pre-school market, so you won’t find any of the thinly veiled innuendos or double entendres present in cross-generational programming like Adventure Time or Regular Show; instead Peppa Pig is content with simply taking the children on a visually stimulating journey with a basic, but well crafted, storyline. Most episodes focus on the exploits of Peppa, Daddy Pig, Mummy Pig and Peppa’s younger brother George, although there is a rather large supporting cast made up of many other kinds of animals that often play a large part in proceedings.

The educational aspects of the show aren’t as clearly evident as they may be in other pre-school programs like Raa-Raa the Noisy Lion or Play School; however upon closer inspection you’ll see that the show works on fostering imaginative play, the identification of different animals, reinforcing family values and more, so it’s not just pretty eye candy for the little ones. The show has a unique visual style that may not be some of the most aesthetically appealing designs on television but nonetheless have a rudimentary charm due to their similarity to the drawings of a child. This release collects ten episodes of the series, totalling nearly an hour, and will be sure to keep your little ones transfixed throughout its duration; indeed, Peppa’s Circus has been on constant rotation since it arrived at my home, often to my chagrin as it becomes a major effort to pry my mesmerised little gremlins away from the television in order to watch something more up to my speed.

eOne’s transfer is smooth and clear, although there are a few brief instances of aliasing but these don’t serve to hinder the viewing experience at all. The audio quality is also crisp and clean, with no issues present throughout, ensuring that you can purchase this release without any fear of it being anything less than another top quality transfer from eOne. The only special feature of note is a shuffle function for viewing the episodes, otherwise this release is a relatively bare bones affair, not that this will bother the target demographic at all. I’d be lying if I said that Peppa Pig didn’t grate on my nerves at times, mostly because of the fact that my little ones insist upon repeated marathon viewing sessions of the same episodes ad nauseam. However, from an objective reviewing standpoint, this is a testament to how enthralling the series is for children and how effective it is at capturing their attention. The simplistic storylines of the episodes are easy for children to follow along with and the colourful cast of characters never fail to elicit an excited squeal whenever they make an appearance.

As a family viewing experience, Peppa Pig: Peppa’s Circus can be a bit monotonous for older viewers as the series just doesn’t have that cross generational appeal, however when viewed solely as a show for children then the series is a resounding triumph. 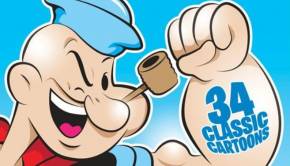