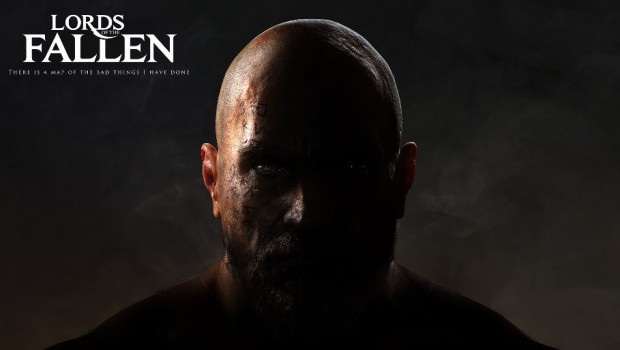 Lords of the Fallen PS4 Review

Summary: Lords of the Fallen is an enjoyable and satisfying adventure that is definitely worth a visit

At first glance, it’s easy to compare Lords of the Fallen to the highly successful Dark Souls series. Similarities yes, but a carbon copy? No. To say developers Deck13 Interactive and CI Games have just ripped off Dark Souls would be a grave disservice to Lords of the Fallen, as it is very much its own game. Certainly, after playing Lords of the Fallen for an extended period of time you will notice that although the temples, catacombs, demons and general atmospherics may bring back memories of Dark Souls, there are plenty of original ideas to make Lords of the Fallen a game worth checking out. Lords of the Fallen puts you in control of a convicted criminal named Harkyn. A big, towering figure of a man who has his past sins notably tattooed across his face in the form of runes. Harkyn is released from prison and given the chance to have his sins forgiven, if he successfully banishes inter-dimensional demons known as the Rhogur who have attacked the human realm. Interestingly for an RPG of this nature, most of the back story, and general plot is included as content in the menus or dialogue options as you converse with characters’ you meet throughout the game. In essence this can work because it’s down to you how much of the story of Lords of the Fallen you want to understand and explore. Like Fallout 3 or Fallout New Vegas, by clicking through certain conversational choices you unravel more information of the games general plot. There are no consequences of your conversational choices to the degree of Fallout however, and exploration isn’t even close to comparison. RPG’s do have a tendency to sometimes subject the player to copious amounts of information that can sometimes become confusing or even contradicting depending how deep you like to go into it. Lords of the Fallen certainly doesn’t do that, but I can’t help but feel they didn’t quite strike the perfect balance. There were still questions I wanted answering while playing, and I would much rather of had it consistently explained to me, instead of having to delve into content menus or listen to audio logs.

Traversing through each level of Lords of the Fallen in a third-person perspective is pleasurable enough. Graphically, the gothic, medieval, dark and dingy corridors populated by demonic enemies is excellently designed. Explore areas, fight enemies and gather up loot. It’s nothing you wouldn’t have seen before, but nevertheless, it’s all still executed proficiently and in a stylish manner. Gazing at the beautiful landscape of snow-capped mountains will only leave you wanting to explore the game further. Unfortunately, your time in Harkyn’s world is relatively restricted to the above mentioned corridors and battle areas for when you encounter the larger enemies towards the end of each stage. The general feel of Lords of the Fallen is dark, but by no means is it frightening. The creatures you’ll face are grotesque, but where the game is at its best is when you visit the other dimensions. Barely being able to see a few inches in front of you, each visit is creepy and sinister but brings great rewards if you can navigate through each one successfully. The boss fights you’ll encounter are challenging enough, but once I had the controls and strategies all figured out, it became second nature to dispense of each foe. Smart, calculated attacks are the key to defeating each boss. It’s not a hack and slash style of combat system. When swinging your hammer or sword you must plan each blow carefully so you have time to block your enemies’ next attack. Like Dark Souls, when you die you can return to the scene of your demise, but instead of gather your dropped souls, in Lords of the Fallen you leave behind your ghost. By visiting your ghost you can collect your experience points and regenerate your health and magic.

You can upgrade Harkyn’s weapons, armour, powers and skills throughout Lords of the Fallen. There are weapons aplenty to choose from, and enough magic spells to learn and cast. Casting a spell is as simple as a button push and shooting out magic projectiles never gets boring.
Lords of the Fallen is an enjoyable addition to the RPG genre. To say it’s a dumbed down version of Dark Souls would certainly be unfair. Graphically it’s sleek and the general gameplay is well developed. The character design is good, especially Harkyn who as the game progresses certainly starts to become as powerful as he looks. The audio complements the atmospherics well, with a dark and evil presence lurking at every turn. Notably, the highlight for me is when you enter the other dimension, as this is where Lords of the Fallen seems at its most comfortable. There are a few flaws with Lords of the Fallen, especially how the developers saw fit to explain the story and history of Harkyn’s world. However, Lords of the Fallen is an enjoyable and satisfying adventure that is definitely worth a visit.