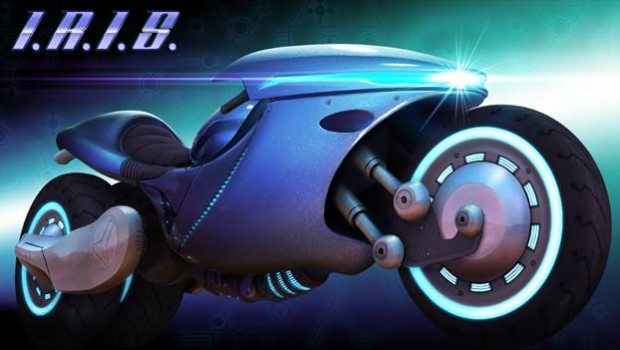 We wanted to make sure to cover all the coolness that is Xbox One, this includes of course the games. Our game section for Xbox One just did not feel right without taking a look at LocoCycle. So the fine folks at Twisted Pixel sent us over a code to download the game and check it out in all it’s over the top zaniness.

LocoCycle is a mix of live action cut scenes with tongue in cheek humor and characters you are not meant to take seriously. As well as racing action, and beat-um -up carmageddon style shoot-um up.  Wow that makes me tired just writing it. After an introduction to events players find they are at an international arms deal kind of expo, as we are introduced to almost caricature versions of world leaders and military, rebels and freedom fighters all there to see the latest and greatest in the line of destruction tools that is up for offer.

After some interludes and introductions to the latest robotic AI weapon platforms including two robotic motor cycles, the presentation is interrupted by a storm.

As the cycles are being taken in, lighting strikes…literally.  Now made self-aware, I.R.I.S. the sleeker futuristic motorcycle with the female voice soon starts on a cross country freedom ride…with a poor engineer stuck by the pant leg being drug along for the ride. Arcade or no, it was really hard for me to accept that the human character being drug along…at ANY speed was not being road burned and scraped into chunks of messy gobs of bloody flesh. Iris and her/it’s unwilling side kick Pablo race and fight and shoot their way through many a dark suited bad guys in dark cars that want to put an end to them. The combat is enjoyable, though it does start to get overly repetitive… what can one expect from an arcade style game? The game rides the fence between a simple arcade button masher and timing hits and counters to dodge and or hit back rockets toward foes, an action racer, and a combat game.

Too bad in the race department, other than taking some minor damage that can accumulate, there is no danger of a fiery crash.

We soon up the odds a bit with some boss battles that are not that memorable. The tongue in cheek antics throughout the game let us know that it’s a game after all, don’t take it seriously… it’s a guilty romp in an over the top fun game. If this was a movie, it would be termed a popcorn movie, and that isn’t bad. It lets you escape to another place and do things you could not ever do.

It has a cool idea and it does the job of bringing a few fun moments…though in small doses. Taken at great length the game starts to lose its luster a bit.  Lococyle may actually go into the category it’s so bad…it’s good.  The game at times may seem like its at odds with itself, one can argue that it’s a massive quick time event game. There is lots of button bashing combat with really strong enemies.  It’s a distraction from the real world and can squeeze a smile and some enjoyment out of the adventure….after all it’s arcade. Nothing deep was meant to happen here… lighten up and enjoy.