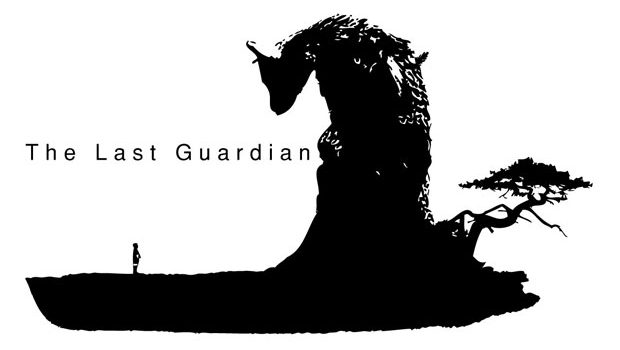 Summary: The Last Guardian is a beautiful yet flawed game on the PlayStation 4

The Last Guardian is moving story between a young boy who befriends a powerful and dangerous beast known as Trico. Although the gameplay is done in real-time, the story is narrated by the boy as a man who also serves as a guide to the player. There is also a mystery behind the The Last Guardian as you awake and find yourself trapped in a giant cavern and your entire body is covered in tattoos. It is also here where you find Trico who has been chained and injured by two spears. So as you explore this cavern, your caring nature leads you back to Trico and by removing his spears, feeding him barrels of food and finally removing his gigantic chain, a bound is created. So what is Trico? He or she (you do find out) is a giant beast that is a cross between a cat and a bird but with the loyalty of a dog? Needless to say, it looks like some mythical beast and really suits the premise behind The Last Guardian. So as the two of you work together to free yourself from this prison, you hope to go your own way back to the village but realise that you are far from your village and that Trico as befriended you. You also discover early on that you need to work together as a team and thus begins your amazing Japanese inspired adventure which has huge parallels to Ico and Shadow of the Colossus as it’s the same developer. So at its core, both the boy and Trico have this unspoken bond as you must solve a variety of puzzles and help this little human remain alive from mystical enemies. So while Trico fights for you, the boy needs to consul this creature after the fights such as soothing or finding food to help beast this recover and keep his anger in check which is all part of the friendship you share. It’s almost like a boy and his dog… albeit a giant one! There’s also quite a bit of exploration and you do need to scan the environment because sometimes the clue is right in front of you. This partnership may be using Trico’s powerful tail that happens to shoot lightning to destroy giant doors that impede your progress or using his giant size to help the boy reach places that cannot be accessed by traditional means such as climbing. Given that, there’s been a huge hype surrounding The Last Guardian and although a lengthy development may support a title, it can also hinder the game. So this is where the quandary occurs for The Last Guardian because unfortunately it feels like a last-generation game, especially when it comes down to the mechanics which can at times be very clunky, non-responsive and forces the player to redo those more challenging areas. There was one place which required me to make a tricky jump to hold onto a hook and I swear, it took me at least 30 minutes to successfully complete it and needless to say, my frustration levels skyrocketed. These  are old school mechanics employed here and something you may see on the PlayStation 3 or even the PlayStation 2. Another element is the level design and the camera angles which are very last-generation. So as you interact with the world, you will soon find obstacles in the way that don’t make the gameplay as smooth as you like plus some issues with Trico. For instance, you can call Trico close by shouting for him (this is very cute) and even ride him at times but if you’re not in the right spot, this can cause some issues. However even with these faults, there is something truly special about The Last Guardian. So as you explore as the boy, your controls include walking, running, jumping and climbing these ancient ruins and mountains to help solve the mystery behind this game. The sense of wonder is quite impressive and to help in this immersion, Trico eventually gets more moves available to the player to help with the various puzzles in The Last Guardian. Sure I have been a little harsh with the gameplay but it is dated but as mentioned, something kept me engaged with the title which are the two characters themselves and the sense of wonder. Graphically, The Last Guardian is a mixed bag on the PlayStation 4 with some areas that look truly amazing, whereas other look more suited for the PS3. Nonetheless, some of the level design does create that wow factor and just how small your character is in this world. There’s some great use of lighting and I love the feather effects on Trico as well. On that note, I love the animation of Trico who not only interacts well with the environment but moves with this otherworldly grace. The character of the boy almost looks cell-shaded at times but does suit the graphical design and theme of this game. As mentioned, the camera angle is a bit of a hit and miss as is the framerate that does stutter at times and isn’t as smooth as it could be. Furthermore, the game is narrated in Japanese with subtitles and the boy does talk as well in the same language which suits the title. Sound effects help with the overall ambiance as does it majestic soundtrack which helps with the overall gameplay. Although I’ve been critical of the gameplay of The Last Guardian, it’s actually quite a beautiful title on the PlayStation 4 with a very moving story. So if you can forgive the technical issues of the game and if you enjoyed Ico or Shadow of the Colossus, it’s still an interesting experience that is a thoroughly enjoyable and emotional narrative on this console. An Unlikely Companion: Discover a fantastical beast named Trico who will act as companion and protector, forging a bond that drives an emotional and harrowing journey.

Truly Unique Gameplay: Take control of an ordinary young boy who must communicate with his gigantic companion in order to overcome obstacles and survive mysterious dangers.