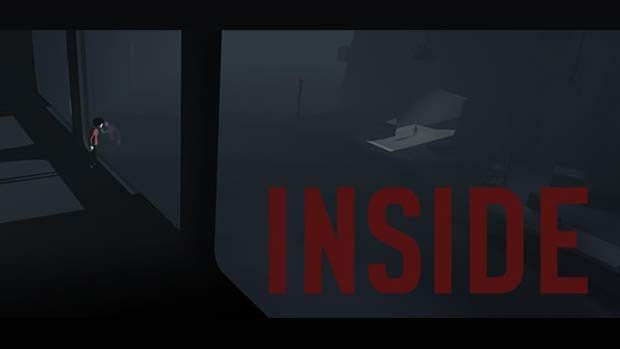 Inside XBox One Review

Summary: So few games come close to perfect but Inside is a true gaming treat for XBox One, especially if you like dark puzzles!

This game blew my mind, scared me to death and I loved every second of it. Inside is the new game from Danish indie game developers Playdead, who created the genius if incredibly dark 2010 game Limbo. This was both an easy and difficult game to review; easy because I cannot find a single fault with this game at all, but difficult because part of the joy (or rather dread) and excitement of this game are the elements of surprise. Limbo is a side scrolling puzzle game where you are a small boy negotiating a number of complex obstacles in a eerily dark and graphically simplistic world, and that is exactly how you could describe Inside as well but doing so would be doing the game a massive disservice. Don’t get me wrong, Limbo is amazing and enjoys rave reviews and is hugely popular but Inside such a massive evolution on the idea and atmosphere around Limbo. The controls are minimalistic and there are never any prompts at all about how to play, you have no health and no life counter, there are logically places spawn points but you won’t have any indication of where these until you die and respawn. Don’t let simple nature of the controls make you think that this game is a breeze, it is definitely a puzzle game and it features puzzles of varying kinds and with no prompts it is up to you to explore and find out what you can and can’t do in the game world. With an average playtime of 5 hours I could see that being longer or shorter depending on how well versed you are in puzzle games or even how much you want to explore around the world.

I don’t want to say too much about the actual game content and spoil the discovery for others but suffice to say, I felt stressed and terrified playing this game (in a good way) because while there are no in game punishments for dying trust me when I say that it will take an emotional toll on you! By the same logic however you will feel victorious and hopeful on occasion as well. I was frequently hiding behind my couch cushions playing this and the times when my housemate was watching she often screamed or would chant “No! No! No! Not again! Not again!” which seems a crazy thing to write about a game with super simplistic graphics but Playdead are pros at the whole ‘less is more’ school of design and while this game has no jump scares or super high def intricate realistic renderings of spooky monsters, it will fill you with a sense of dread, despair and time disgust.  The simple graphics create a creepy blank sort of look which nudges your imagination to fill in those blanks. Sound design in this game is a huge reason that it is so successful at getting its point across, there are times of silence, suspenseful music and sometimes even hopeful music. It work so well I had to go back and play through a little bit before writing this review because I couldn’t remember the music that well, which is perfect for a game of this type where you want the music to inform your feelings while playing but not to take you out of the game environment.

If the music is masterful then the sound effects are perfection, the sounds of the environment are haunting but also give you information about what is happening in the game and what you should or should not do. The subtlety in the design of the sounds that the characters is what sells this experience and draws you in, footsteps in a lonely corridor, the breathlessness of a small boy, the clinking and panting as you climb a chain are all riding the fine line of being noticeable enough to influence your feelings but never distracting enough to take you out of the game or to give away anything. Not only would I recommend playing this game I would put it under the category of required playing especially as it is very competitively priced for a game that has obviously had a huge amount of work put it to perfecting it. Even if you are not usually a puzzle game or scary game person you should still play this game. The joy of discovering new horrifying things, and the emotional journey it takes you on will make you glad you stepped out of your comfort zone. Just don’t blame me for the existential crisis that ensues after the perfect ending.