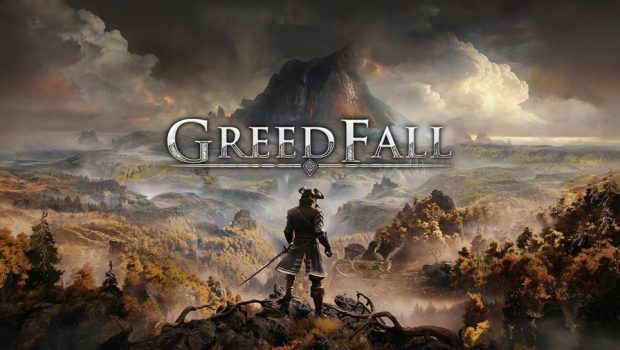 Summary: A compelling action-RPG adventure with a unique narrative, impressive artstyle and strong writing that shines brightest in its quests.

Among the many big role-playing games released this generation, Greedfall stands out from the crowd with its unique 17th century colonialist setting that combines magical monsters, Celtic influences and New World fantasy tropes into an epic action adventure.

Developer Spiders have a knack for world-building and flipping classic motifs into intriguing twists, but their past titles fell short of the mark. I’m pleased to say the end result with their latest game is vividly realised, all while balancing its sensitive themes with care.

As someone looking for a new fantasy RPG with an emphasis on story and characters over modern-day open-world shenanigans, I found Greedfall to offer some of the most entertaining quests, companions and content this year, with only the continuing realities of a smaller budget holding the developer’s admirable ambition back in the areas of animation and technical polish. Greedfall puts players in the role of De Sardet, a nobleman of the Congregation of Merchants assigned to serve his cousin, Prince Constantin d’Orsay. As Legate, you’re assigned to help Constantin govern New Serene, the Congregation’s capital city on the exotic island of Teer Fradee, and maintain diplomatic relations with various factions, including the displaced and disgruntled native populace. With a deadly plague called the Malichor also ravaging the home continent, De Sardet’s secondary goal is to lead an expedition to find a cure for the plague.

The opening three or four hours, which lets you customise De Sardet’s gender and appearance with a small number of sliders for hairstyle, skin tone and face before being unleashed upon Old Serene, is compelling thanks to a few introductory quests showcasing the deep level of player choice, dialogue options and story consequences both main and side quests have to offer. However, once your small party arrives at the island, the game opens up proper, and it’s here the strengths of Greedfall’s RPG quest design, world-building and visual style shines brightest.

As a third-person action RPG, you’ll be exploring a number of different locations on foot, ranging from cities to the indigenous population’s villages, to open battlefields and the untamed wilderness, interacting with various people and political leaders to complete tasks in favour of the Congregation and your own goals for a Malichor cure. Exploring Teer Fradee is done through navigating several distinct ‘hubs’ which often have to be discovered by moving through other regions before you can fast travel, giving plenty of incentive to veer off of the beaten path. While Teer Fradee is not a true open-world, each area is large and full of secrets to discover, campfires to settle, villages and settlements to interact with, loot to gather and a number of hostile creatures and humans to fight when diplomacy fails. Spiders excel here at making the deeper parts of the island feel exotic and untamed, especially when compared to the three sprawling cities of the foreign invaders across the sea, with plenty of content to indulge in. As an avid RPG fan with open-world fatigue, I much preferred the scale in Greedfall’s map, as it allowed me to uncover the many story-heavy and side activities a lot faster without the fluff.

Maintaining political alliances and the support of Teer Fradee’s various factions is the main goal throughout Greedfall’s many quests, and it’s an impressively complex and narratively engaging task, due to the strong writing, build-up of the nations and their key players and eventual subversion of first impressions. Most faction quests in Greedfall do their part to make you feel like a senior diplomat and authority, rather than another aimless wanderer or errand boy, as many other RPGs fall into the trap of doing. Some of my favorite quests include investigating a twisted trail of cover-ups amongst the ranks of the Congregation’s hired mercenaries, negotiating with neighbouring allies to spare the lives of the natives, uncovering the corruption of Theleme’s religious order for political leverage, and navigating the indigenous people’s own internal conflicts, full of back-stabbings, language barriers and rising stakes for glory – or failure.

Both main and side-quests force your De Sardet to make some tense decisions as to who to please while ensuring your own personal objectives are satisfied. Pleasing everyone is often the hardest path, but to my joy I found quite a few entertaining and divergent consequences from angering one faction and making choices that my companions disliked greatly. In the late-game, the strength of your relationship with both the game’s major factions and companions is crucial to having certain quests available, and some companions can leave based on your decisions, and that’s always a plus in my book for roleplaying purposes – and for that second playthrough. Perhaps the greatest success of Greedfall and what elevates it further in the role-playing department is no two quests feel like a copy and paste of another – even the fetch quests, which are smartly interwoven as smaller parts of larger questlines. It’s clear a lot of effort was put into ensuring players are always doing something different and that both the characters involved, background lore and agenda of each faction are entertaining, even if the general ‘travel from Point A to Point B, get caught up in Point Cs intriguing drama’ loop remains similar throughout.

When it comes to factions, the indigenous clans of Teer Fradee each have their own distinct motivations and rituals which may go against your efforts to acquire positive reputation and please the neutral Congregation’s neighbouring colonies: Order of Theleme, a religious nation built upon the backs of the devoutly pious and fanatically zealous, and the Bridge Alliance, made up of more pragmatic merchants and scientists. Alongside the mercenary Coin Guard and rowdy sea-faring Nauts, all present a unique number of cultures and ideologies to maneuver.

From each of these factions comes Greedfall’s five main companions, and as with any party-based RPG, it’s essential to have well-written and equally capable travelling buddies to accompany you in your 30+ hour journey. To my delight, I found all of them to be compelling characters in their own right, with Siora (natives), Petrus (Theleme) and Aphra (Bridge Alliance) standing out for their fleshed out backstories, witty banter and surprising hands-on involvement during quests. As a brute-force 2-handed warrior, I additionally found every party member to fulfil crucial roles in the otherwise serviceable combat system, with Siora’s heal casting, Petrus’s magical aptitude and Aphra’s firearms to be essential for my Extreme difficulty playthrough. While companions don’t have as much interaction with De Sardet and each other to the level of comparable big budget RPGs such as Dragon Age Inquisition, it’s clear Spiders put a great deal of care into ensuring they have a voice in most quests, providing their input and own faction relations to help your character in their journey. I discovered a surprising number of varying outcomes depending on the combination of companions you have along for certain questlines.

Outside of diplomacy, combat systems in Greedfall revolve around a real-time action-oriented system centered around three base skills: one or two-handed melee weapons (blade and blunt), guns (pistols and rifles) and magic (projectiles, teleports and stuns) which can be combined to great effect, with a variety of further specialisations you can unlock in the extensive skill-tree, including traps, thrown projectiles (alchemy and bombs), healing, magical teleports and roll evasions. These are all fortified by powerful furry attacks that charge up during combat, and act as crucial finishers which do high damage and stun enemies for when you need it most.

My De Sardet’s mixture of hammer-striking, projectile-throwing chaos proved fun and flexible, but unfortunately the jankiness and predictability of enemy attack animations, the nature of the parry button (which can be spammed and abused) and lack of variety in standard mobs somewhat diminished my enthusiasm for most fights, instead making me work towards finishing them faster to get on with quests. One neat addition is the tactical pause feature, which lets you choose your next action in a turn-based system, though companions are perplexingly excluded. The three main staring classes: Warrior, Technical and Magic aren’t rigid, and character customisation in general offers a great degree of flexibility thanks to crystals that allow you to re-class your specialisations anytime should you see fit. Alongside combat skills, you also can upgrade De Sardet through a number of attributes, such as strength and vigour, and talents, like charisma and lockpicking. All suit different playstyles, encouraging careful thought and plenty of varying ways to approach quests. As a smooth-talking diplomat, I invested heavily in charisma and strength to better influence negotiations – and hammer down foes when things went south. Meanwhile, I saw plenty of opportunities to sneak into enemy bases through tight spaces which required more points in vigour, and dialogue choices based on intuition rather than the silver tongue. RPG fans who appreciate depth of character skill customisation will be at home here.

All of this wouldn’t be complete without the right equipment and loot systems to back up the quest completion and our choices with ample reward. There’s plenty of standard and unique armour sets and weapons to find, upgrade and even visually customise with Greedfall’s surprisingly extensive crafting system, which puts those scavenged materials to good use to make those robes or heavy armour your own while amplifying your skills with passive boosts.

In terms of visual aesthetic and game performance, Greedfall has stunning art direction stifled somewhat by the realities of a AA-level game budget. Spiders’ have done an incredible job of making the different outdoor environments of the island look distinct and the many tribes of Teer Fradee and their appearances unique. However, many non-main NPCs suffer from robotic facial expressions and unnatural movements, while asset re-use for both characters and city locations is subtly masked but all-too frequent. Cinematic cutscenes which occur during main stories are additionally well choreographed and detailed, but suffer from frustrating engine bugs; a certain dramatic confrontation between Siora’s family and De Sardet ended up an unintentional comic affair due to characters spawning in the wrong places mid-way through the cutscenes. Despite these potentially immersion-killing oddities (and some locked out quests due to bugs) the chill fantasy-themed score and the terrific voice acting from companions, main NPCs and even side characters make up for these issues. De Sardet’s male and female voice actors in particular sell the role and with a superb delivery. Considering I was craving a dialogue-heavy RPG reminiscent of the old BioWare days with great acting and writing, Greedfall readily filled that void in both departments while carving its own unique identity – with a much smaller budget.

Greedfall‘s abundance of entertaining quests, depth of player choice, well-written characters and beautifully realised exotic island setting hits the mark on most fronts for an immersive, content-packed 30+ hour RPG, all without the open-world padding and tedium of recent genre mainstays.

As a big fan of their previous games such as Mars War Logs and Technomancer, it’s clear Spiders took previous quality criticisms in the areas of sidequests, companions and player choice onboard, as it is these elements which I feel are most significantly improved in Greedfall.

Spiders’ vision shines through almost all aspects of the package, and even with the realities of budget still dampening certain elements (no control over companions, animations lack polish and bugs across textures and quests) it’s clear their ambition has finally come to fruition with Greedfall. RPG fans seeking another great story-driven adventure will be more than pleasantly surprised here.