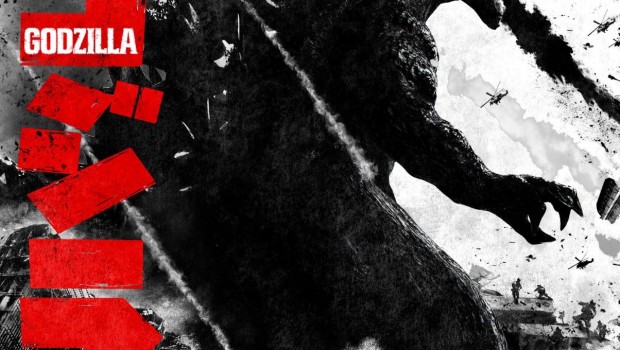 Summary: Be everyone's favorite iconic movie monster or several other giant monsters and destroy and fight for dominance.

You may have missed this title come onto the scene because it did so without much fanfare, nor the great stomping destruction that the titles star is known for. While not exactly a brand new title, it is new enough for us to take a good look at everyone’s favorite big radioactive lizard.

The game was developed by Natsume and published by Bandai Namco Entertainment for the PS3 and PS4 respectively.  The game’s first incarnation for Godzilla Vs. was in December 18 2014 in Japan and only for the PS3.  Later the following year, on July 14 2015 in North America and finally July 17 2015 in Europe. It was the PS4 version that is the upgraded Japanese release called Godzilla Vs. which contains more content than the original and more importantly, more monsters.

The setup of having this awesome icon of movie monsters trash through cities and destroy things, and fight other iconic movie monsters from the same franchise holds so much promise for any fan of the genre. While not an absolute awful game, it may be a game that mostly a fan base of Godzilla would appreciate more. While a regular gamer may find some enjoyment out of it as well though but the enjoyment may be short lived… some of its short comings may be enough to keep gamers at bay from this title.

Now the things is as I played the game I was ticking off in my head and bouncing back and forth making my notes for this write up… thinking all the while “oh wow” they could have done this or that better… then it hit me. I was thinking of the game as a game world with real monsters in a real world… not what it actually is. It is more of a Kaiju simulator, or more like a simulator based on the films, complete with model looking buildings and military vehicles. While the monsters look great and the graphics are kind of ok for a port up from PS3 version… it’s a simulator fighting/destruction game based on the films not a game trying to depict a real world with real monsters in it. In this case, the developers succeeded very well in that respect. Movement for the monsters is not at all fluid or by any means fast. When controlling Godzilla on a smashing spree across the city for your ultimate target of destruction…a generator… Godzilla or whatever monster you control moves more like a big slow moving blocky tank. That’s the beauty of it, because that’s how they move in all those old cheesy films we all love. Slow and plodding along… unlike Hollywood Godzilla.

Throughout the ground stomping and building destruction, there are military forces that come in to shoot at you. Tanks line up well for you to stomp and hear the pitiful humans scream in protest as Godzilla crushes them. There are flying forces such as jets and helicopters as well that come in for the attack. Swatting them out of the air is actually a bit satisfying. There are other special craft that come in depending on the level you get to and these are harder to kill and pack a bit more punch.

Now through all this as you control Godzilla, most times you are trying to destroy as much as you can, and leading up to various generators that have this special energy called G- Energy. As Godzilla absorbs G- Energy, he grows in size from 50 meters to as much as 100 meters tall. As Godzilla increases in size, his defensive and offensive powers also become more powerful.

Again, gameplay for fans and just curious gamers in general may not have the depth they may want in a game… and the action and different landscapes/cityscapes becomes very repetitive. Now during the different modes and as mentioned, players can control the different monsters, not just Godzilla.  Now even with each monster playing a little differently and each one having their own sets of moves, the gameplay can get dip into repetitiveness.

Also the maps that you play on have borders in red lines, and monsters cannot go past these borders. It’s like running into an invisible wall which really detracted a bit from the enjoyment of being a giant monster destroying a city… since you could only destroy the parts that you are fenced in with to destroy. Even with that in mind I actually had lots of fun with this title for the first hour or so playing it. The short comings soon slap you in the face in spite of being a fan of the films. The story of which there is very little of, just more of a premise is thin at best. Things move along in old coin op game style by a non-animated picture of a human character reacting to the events unfolding and talking about what can happen next.

As you advance in some of the different modes there are branching choices that can lead to some form of in game unlocks and also making your monster more powerful.

The modes available in game are:

Destruction Mode: As the player advances in stages in this game mode, players have to destroy all the generators producing G- Energy on the map. As Godzilla destroys more things he increases in size and power. The monster boss battle that take place pits Godzilla against another monster that is equivalent to whatever power level Godzilla is at. If the player can meet all the criteria and all the bonus requirements by the end of the mode, the credits roll and then the last stage begins with the player now as Burning Godzilla. The final battle has several different military and G-force hardware attacking. Furthermore, the Legendary Godzilla shows up and must be taken down before the timer runs out. Now if you’re playing the PS4 game, you can choose any monster you want to play through this mode.

King of Monsters Mode:  In this mode there are six stages, each one with a different monster opponent. Each stage increases the power of the opposing monster. Some of the cool monsters are playable in this mode, such as Heisei Godzilla, Burning Godzilla and the Hollywood Godzilla plus some others. Diorama Mode: As the player unlocks monster models by advancing in other modes of the game, they can then take the objects and place them in a diorama of their own making. Monsters and the whole scene can then be viewed from different angles and  screenshots can also be taken from this mode.

Monster Field Guide: During other modes, the player can also unlock information on the various monsters.  These field guide biographies includes pictures of the monsters from the various films, information on the creatures attributes and a filmography of appearances are also included. So this in itself shows what audience the game is aimed for, the real fans and film buffs.

All in all, there may not be enough substance for a gamer to really stick around and play the game more than a few times in curiosity. While there is some enjoyment to be had, you may have to be a real fan of giant monster movies to really appreciate this title.  As a fan I want to really like this game more than I do… as a writer and fellow consumer, I can see that the game is rough and could have done with some polishing up and tweaking such as larger maps to really feel like you as a giant monster had the run of the world.