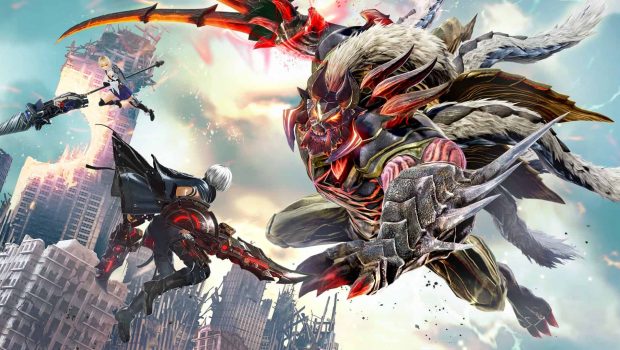 Summary: Rough and wordy, God Eater 3 is not an improvement on its predecessor

This is the third instalment in this somewhat popular Japanese series. The last game was released in 2013 and saw the world being fought for by God Eaters back then. Little has changed, and unfortunately details have even been stripped back some.

For those who have not played before, the premise behind God Eater is the world is being overtaken by mad gods who are otherwise known as Aragami. All seems lost until the emergence of humans known as God Arcs who have the ability to taken on the Aragami. You are one of the God Arcs and eventually will have the power of God Eaters, the only force on the planet who can take on the overwhelming powers that threaten our world. This is not a massive upgrade from the last game and frankly I see very little improvement. The graphics are incredibly clumsy and the overwhelming amount of text to wade through is nothing short of tedious. It is a very Japanese styled game which really has not been altered at all for a Western audience.

The colour palette is initially drab and does get a little brighter at times. The characters are pretty plain and often clip through each other. The lack of any real vocal recording takes you back out of the game and prevents any real feeling of immersion. Your character has two fighting modes both blade and gun which as fun to switch from one to the other. The ammo is limited in gun mode which gets replenished when you switch to blades. I preferred gun mode but blades seemed to do the most damage and was the most forgiving mode for taking down Aragami. The character customisation that you can undertake is also underwhelming with previous iterations having a lot more options. I’d even argue there were so few choices that I even left my character as the preset from the start of the game. It was just all a little pointless.

Combat also was a real non event. There was very little going on with feedback from the controller to suggest you were battling, or even being hit for that matter. With no real idea of damage it was just a confusing affair from the very start to the finish. I understand that this is a popular franchise overseas but it translates really poorly to something I’d want to play. There is simply is not enough love to make this game worthwhile.

I’d be buying this when it is very very cheap.