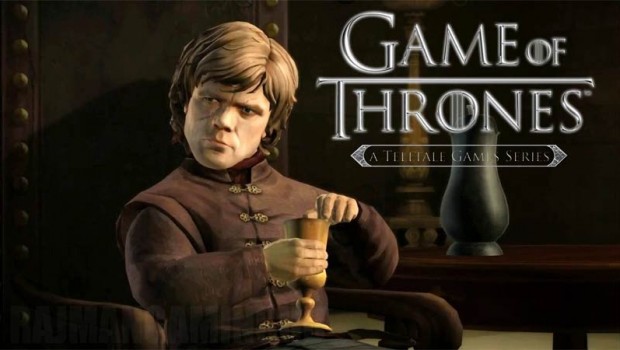 Summary: Game of Thrones Episode 1: Iron from Ice is an engaging game that is steeped in the mythology of George R. R. Martin's epic series

Telltale Games have a real knack for creating in-depth stories about fan favourite franchises such as The Walking Dead, Borderlands and DC Comics Fables. Not only do they capture the spirit of these worlds but also the characters themselves, making their stories almost novel like in experience with some careful gameplay about choices and repercussions. Best of all, these stories have helped further explore these worlds such as The Walking Dead and The Wolf Among Us and their latest title, Game of Thrones Episode 1: Iron from Ice carries on this tradition. Given that, this game is set in the TV universe of Game of Thrones so while we wait until April 2015 for Season 5 of this amazing HBO fantasy drama, gamers can once again revisit this world and meet very familiar characters like Cersei or Tyrion Lannister. Although based in the TV universe, Telltale games don’t stray too far from the original books either as players are introduced to a new group of nobles with House Forrester that is located in Northern Westeros with Ethan, Mira and Gared as the main protagonists. Although a relatively inconsequential family, they do hold one power in Westeros which is the supply of ironwood to the Kingdom. The Forrester’s also fit perfectly into the Game of Thrones mythos and you could easily see these characters as part of the TV series, especially with all the intrigue, double crossing and drama of this very entertaining world. Another interesting aspect of the Forrester’s were the three stories of Ethan, Gared and Mira, with Ethan holding the the Forrester’s stronghold in the North with Mira playing the game of thrones at King’s Landing as handmaiden to Margaery Tyrell plus Gared Tuttle, squire to Lord Forrester.

Their goal is to ensure the survival of the Noble House Forrester. And just like the previous Telltale games, every decision and choice that you make will ultimately affect the overall story of the game so if you want to play Game of Thrones Episode 1: Iron from Ice like the Starks or the Lannister’s, it is all up to the player. My only gripe about Game of Thrones Episode 1: Iron from Ice is that is relatively short but thankfully additional episodes will be released (6 to be precise) in the following months so that gamers can get their much needed fix of George R. R. Martin’s amazing universe. Needless to say, episode 1 is only a taste of things to come and like the TV series, things will get much bloodier as the story unfolds. Episode 1 also sets up the story for things to come in consequential episodes. The three new characters are well represented in the game with the highlight being Ethan’s story as he attempts to protect House Forrester in north with rivals breathing down his neck. Gared is another interesting character which is more action driven and where the quick-time events of the game come into play. It’s also fun to play Mira as well, especially with the links to the official characters from the TV series such as the power struggle between Margaery and Cersei. However with that in mind, it’s quite a tangled web that they weave as they become embroiled in the Game of Thrones. Oh… and that familiar Game of Thrones music makes an appearance too!

Graphically the title does mirror the Game of Thrones TV universe with all the various characters from the series that you meet mimicking the actors that play them. Even though the graphics don’t look next gen, it suits the gameplay well but the title does suffer from stiff controls and a few animation glitches. Backgrounds however are quite detailed and recreate Westeros successfully. Another strong point of the gameplay is the voice acting that Telltale games have ensured that their voice actors are quite professional which does enhance the overall quality of the game. More importantly, a handful of the actors from the TV series have also lent their voices to the story such as Peter Dinklage as Tyrion Lannister and Natalie Dormer as Margaery Tyrell

Telltale’s Game of Thrones Episode 1: Iron from Ice is another in-depth game of storytelling that successfully links to the TV series. By giving gamers access to the Forrester clan, it helps expand the Game of Thrones universe without impeding on the current story. Although it does suffer from some graphical issues and at times clunky gameplay, the powerful story and characters far outweighs these slight inconsistencies that leaves the density of the player in their hands of whether House Forrester will survive or perish!