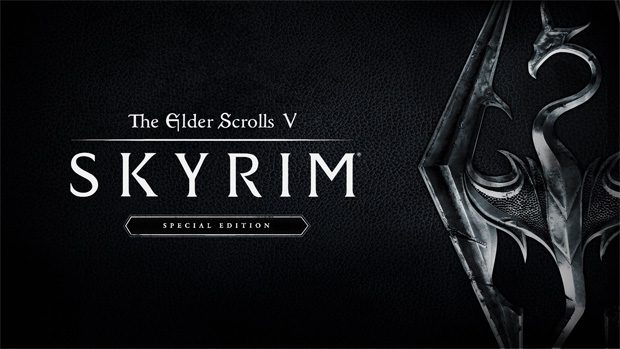 Summary: The Elder Scrolls V Skyrim Special Edition is what happens when old is made new again! It almost became epic for this game!

One of the most epic RPG’s returns to the world of gaming with The Elder Scrolls V Skyrim Special Edition as Bethesda take this classic game and increases the graphical capabilities thanks to the power of the PlayStation 4 and XBox One consoles. So at its core, the game is basically a mirror image of the original but with much nicer graphics. Given that, the new Skyrim boasts some graphical advancements that include improved draw distance, weather effects, lighting (e.g. volumetric) and special effects that does make the title look more modern but certain elements in the game like the characters, inside of buildings do look a little on the average. But when compared to the original, this new incarnation still boasts the wow factor, especially with all the diversity in the environments. Further, this version also allows for mods and even contains all the DLC such as Dawnguard and Dragonborn to give you some great value for money. That’s right, there’s quite a few mods available to install in this game that range from minor adjustments to some truly world-changing differences. Sure PC gamers may be saying we had this years ago and the graphics but hey, console players didn’t and that’s why it works so well on the PlayStation 4 and Xbox One. You can even turn dragons into ‘Thomas the Tank’. Hopefully this will be a sign of things to come that will allow more console games having access to mods but compared to the XBox One, the PS4 has only half the mods (around 100) available. On the PlayStation 4, I also found the game quite responsive and the mapping of controls onto the controller works very well. The quick save is very fast and the save system has been revamped to find what file you’re looking for.

In terms of story, The High King of Skyrim has been murdered, the world is at breaking point and even worse, an ancient evil has been awakened. To make matters worse for the player, you start the game as an ‘innocent’ prisoner that’s been sentenced to death and before being executed, an exciting and terrifying scene takes place, really showcasing early on the true magnitude of pure awesomeness that is this game. Before I know it, I’m jumping down into a burning building, swinging swords, and looting bodies during all of this chaos and that’s just the start. Needless to say, you have your work cut out for you!

So having played the original before, I still had to stop and just look around for quite some time at random points in my first few hours of playing The Elder Scrolls V Skyrim Special Edition. Simple things like water and trees amused me to no end and are complete works of finely detailed art in this game, as is everything else. Shadows are cast everywhere, the sky is a beautiful thing to behold, and you could even see the stars peeking through the clouds at some times. While I decided to do some hardcore mountain climbing, I looked over at the sky and saw one of the most stunning things in my early experience with Skyrim, the Aurora Borealis. So many things catch my attention as I wander around the map – different climates in the various sections, wind picking up particles on the ground and blowing them away, random animal skulls in the middle of nowhere, and countless other things that make this game just feel as massive as it really is. On the fighting side of things, I find the more creatures I come across the more I want to play with different weapon combinations that are now at my disposal. In The Elder Scrolls V Skyrim Special Edition, you can dual-wield weapons, dual-wield magic to make more powerful versions of it, use sword and shield, single and double-handed weapons, and so on. It’s also filled with a variety of different enemies and some look amazing in this new graphical update, whereas other are a little ho hum but nonetheless, there’s plenty to find and fight. The combat does feel a little dated but it still quite playable.

Also, you’re able to change up your magic and weapons is a breeze to deal with, and I love the incorporation of showing finishing moves on enemies at some points, giving beautiful takedowns their moment of glory. No matter what type of fighter you are, you will be able to play exactly the way you want in this game. So whatever style you play, that is what your character will become. Want to be more of a thief type? Then play like one. Fighter? Mage? Those skills increase as you go along and use them accordingly, and as you level up you choose different perks in each skill section, shown as colorful constellations that you gaze up to for guidance. This means you’re not just limited to class but the combinations are quite diverse. Moving on to some other fun aspects of the game itself, one thing that I do love is the way that lock picking works.
Instead of the frustration of dealing with the tumblers, you now literally feel around the lock using two your picks, moving each individually carefully until the lock rotates and opens. If you rotate them more and more to where they won’t open, the controller also vibrates more and more until the tension results in the picks breaking. If you want to find those treasures and weapons, make sure you ‘study’ lock picking because there’s a boom to be found in The Elder Scrolls V Skyrim Special Edition.

The soundtrack of the game is brilliant and really captures that RPG atmosphere and whether you’re a hero or a ‘villain’, it’s integral to the game and helps with the immersion factor. The sounds that you hear while fighting dragons, other creatures, and just all of the audio in this game is quite impressive and clearly has been shown as close attention to as every other aspect of this epic work of art. Another word about sound is that the voice acting is quite good and there’s plenty of dialogue in the game. The Elder Scrolls V Skyrim Special Edition is a really good game on the PlayStation 4 and Bethesda have done a remarkable job at giving it a fresh facelift but also keeping the amazing story and gameplay. Sure, some things feel a little stiff and lacking finesse of something like The Witcher 3 but it’s quite a detailed world from its culture, denizens that populate this universe and very rich story. Lastly, the amount of time you could spend in this game is practically endless and the only potentially bad thing is that you could lose sleep because you won’t want to stop playing.

• Live another life, in another world. Play any type of character you can imagine, and do whatever you want; the legendary freedom of choice, storytelling, and adventure of The Elder Scrolls is realized like never before.

• You are what you play. Choose from hundreds of weapons, spells, and abilities. The new character system allows you to play any way you want and define yourself through your actions.

• Dragons return. Battle ancient dragons like you’ve never seen. As Dragonborn, learn their secrets and harness their power for yourself.