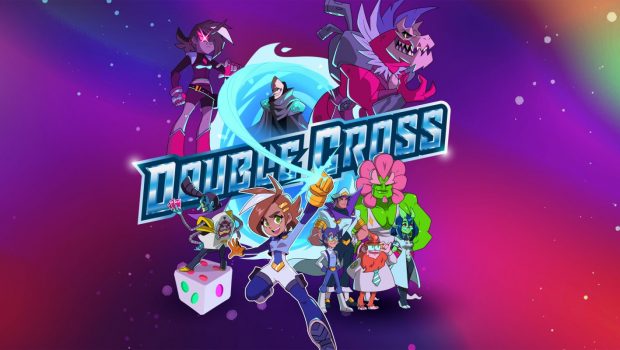 Summary: Stop an interdenominational criminal from carrying out his mysterious plan as you collect clues to discover his true identity!

‘Double Cross’ is a fun platform game for developer 13AM Games. This simple but innovative game sees players taking on the role of Zahra Sinclair, an agent of an inter-dimensional police force called RIFT. Your job is to track down the mysterious Suspect X, who attacked RIFT HQ. As you journey through multiple dimensions, you will learn the many truths about the world you live in while collecting clues and evidence for your investigation. The game is full of loveable characters, each with their own back stories and unique personalities. Parents and young gamers will be put to the test in this fun yet challenging adventure. In all of my years of gaming, I have never encountered a game quite like ‘Double Cross’. On the surface, the game would appear as a simple children’s game with cartoony and lovable characters and basic game mechanics that an experienced gamer could master in a few hours. The truth is much more than that. Double Cross is a super fun yet challenging side scrolling platform game driven heavily on an easy to understand plot. From the moment you start your epic adventure through inter-dimensional space, you’re introduced to an array of unique characters, each with their own little back stories. Without giving too much away, the game begins with your character, Zahra Sinclair, an agent of RIFT, talking to a ten eyed alien who she’d just arrested. Stereotypically, you’d expect the alien to be declaring his revenge on you, only to turn out as the mastermind bad guy at the end of the game. In truth, this is pretty much what I was expecting too, especially with the game being called “Double Cross”. However, the conversation that actually took place was not what I was expecting at all. The giant, green, ten-eyed tactical alien was apologising for his actions and was glad to be in RIFT custody after been teleported to another dimension by accident. All he wanted was to be safely taken back home and had faith that RIFT will be able to sort it out. To me, that sounded like the same kind of conversation that a lost child would have a police officer. Admittedly, this is a strange comparison but it helps set the tone for the rest of the game.

Overall, ‘Double Cross’ is incredibly family friendly; even with its combat system, there is a noticeable lack of violence. Most of the game play is centred around running and jumping puzzles using a device called a proton slinger. Crossed between a bungy cord and a grappling hook, the device allows Zahra to grab onto markers and then launch herself in the opposite direction. When using the proton slinger, time slows down briefly, allowing the player more time to accurately aim or time their shoot more precisely. The trick to this is knowing that the further away you are from the grappling marker, the faster you’ll be launched in the opposite direction. This makes for a really challenging game mechanic in later levels where you’re required to navigate through tunnels of obstacles. ‘Double Cross’ is broken up into three main worlds plus the RIFT headquarters. Each world offers its own mini quest line divided up into three individual missions plus a boss level that is unlocked once the other missions have been completed. The missions can be completed in any order and offer a degree of difficulty shown in a star rating. This makes it easier for players to easily assess their skill level before taking on harder levels. Additionally, younger players will find a sense of accomplishment by being able to complete the more challenging parts of the game.

During my play through of the game, I really enjoyed how each different world had its own unique villains, environment, and puzzle styles. For example, missions on the jungle world will have players fighting goo monsters while running through underground tunnels and avoiding pools of acid. However, over on the robot world, players run across the rooftops of skyscrapers as they fight off robotic henchmen. The third world is a wasteland of bandit camps and factories. Here, the game focuses on the players timing and reflexes to avoid obstacles. It makes a nice change from constantly relying on the proton slinger to complete puzzles and challenges. Out of all the various worlds visited, I found this one the most challenging due to having to wait and time my movements rather than flying through the air like a crazed kangaroo. Overall, the level design offers quite a unique and diverse range of different worlds to explore.

‘Double Cross’ is unique on many levels and is strongly recommended for young kids and parents. The game is very story driven and covers some interesting topics such as immigration, environmental decline, and doing the right thing. All of the aforementioned topics aren’t pushed onto the players like a political agenda; they simply make for good talking points for parents who want to gently give their child a broader understanding of the world without scaring them. However, the game also has several challenging levels that might require an adults help to pass, and this would make for a good opportunity for parents to bond with their children. At the end of the day, ‘Double Cross’ is still a fantastic game with a moderate amount of replay. The combat is very low in violence and none of the characters (good or bad) use guns during game play. Just another reason why ‘Double Cross’ is fantastic on all accounts for young gamers and concerned parents. 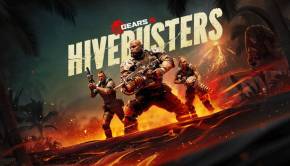