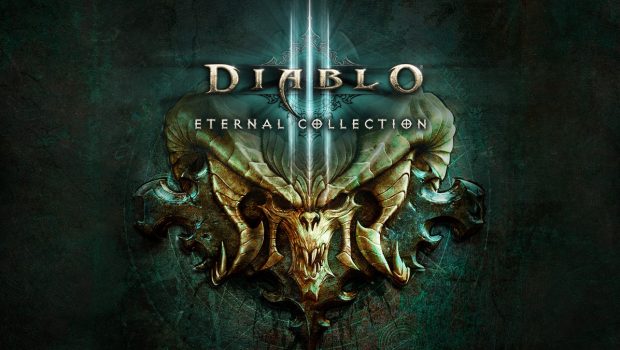 Summary: Arguably the best version of an already fantastic game.

It’s hard to believe Diablo III is now seven years old, plus steadfastly maintains its very loyal playing base on both consoles and PC. This loyalty is for very good reason: one would be hard pressed to find a better dungeon crawler-slash-loot grab fest in the history of gaming. If you’ve been under a rock, Diablo III is an action-adventure RPG comprised of a world packed with multi-level dungeons. While there’s a storyline (in campaign mode), the main calling card is to wade just a bit further into these hundreds of dungeons in hopes of locating better enemies and drops. There’s an omnipresent risk versus reward conundrum, as die…and there goes said loot. Further, Diablo III levels up in difficulty as a character does, and rewards ambitious attempts to take down higher level bad guys via better loot drops.

With extreme diversity in character type, tons of fun character buffs, and great multiplayer, the game rarely gets old. Diablo III truly plays differently based on character class and level, let alone when tackling stages with friends in tow. The game also tailors cut scenes and audio to each class and gender, further enhancing immersion. Despite having played the bejeebuz out of Diablo III across four platforms, I would venture to state the Switch version (‘Diablo III: Eternal Collection’) somehow makes it feel fresh again. The ability to play small snippets of the campaign or chunks of adventure mode on-the-go offers an entirely new lens on this classic. Instead of hunkering down for an hour’s long stage, Diablo III can now be conquered in bed, on bus rides, and/or anywhere a quick loot challenge and/or level itch arises. This portability gives the game so much more life, especially for single or local co-op players (of which the game supports four simultaneously).

While an older game, Diablo III remains demanding one when it comes to frames per second. There’s so much going on at once, one would expect the Switch to hiccup at moments of greatest chaos. Except…it never happens. This port is brilliant in its programming, with the game smooth even when the entire screen is bursting with mayhem. Similarly, while JoyCons can be problematic for precision oriented games, Diablo III surprisingly plays like a maestro. Attacks are ridiculously responsive, and tapping the right analog stick for evasion works perfectly. I would venture to state the Switch version controls better than the PS3 and PS4 ones, respectively.

Moreover – and being the complete version of Diablo III – the Necromancer class is available from the start, providing even veteran players something new to muck around in. The Switch version also features Zelda themed armor, a pet chicken, and limited Amiibo support. If that’s your thing…go crazy.

For those new to Diablo III, this is arguably the best version yet. The graphics, gameplay, presentation and multiplayer is on par…and arguably better…with prior iterations of the game. Its new portability gives the game so much additional life, especially the option to now level up a character is smaller adventure mode missions. Find a friend either locally or online to play it, and you’re in for a real treat. For Diablo III veterans, I likewise can’t recommend this enough. Portability empowers even seasoned fans to truly appreciate what this classic has to offer. Blizzard also ensured the Switch version is patched up the current ‘season’ of the game, meaning, you’re literally playing the latest and greatest. Unlike literally every Switch port that treats the platform like it a second class citizen, Diablo III: Eternal Collection is front and center.

The only criticism one may lodge at Diablo III: Eternal Collection is nothing is truly new. If you’ve already played through the complete version of the game elsewhere…and are looking for a different twist…the Switch version will offer little. Still, I challenge even these individuals to give this one a go. It’s a wonderful take, on a wonderful game, and one of the best Switch titles to date.