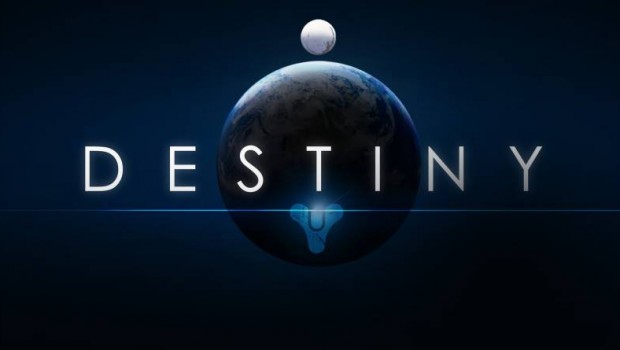 Summary: Destiny on the PS4 is a true piece of art that not only plays well but looks amazing!

One of the most highly anticipated games of 2014 has arrived on the PS4 with Bungie’s online first person shooter Destiny that has some godly expectations to live up to. Having played the BETA religiously, I was given a sneak peak at just how good this game was and yes, the final release of Destiny definitely lives up to the hype and it’s more than just a re-badged Halo. Destiny is massive, the gaming environment is gigantic as you explore Earth, Mars and other marvelous places but where this game shines is through its intricate gaming mechanics that successfully combines RPG with a very sturdy first person shooter engine and more importantly, a rich sci-fi tapestry that is as equally as engaging as something like Mass Effect or Borderlands.

The story of Destiny takes place in the distant future which saw mankind enter a Golden Age thanks to the Traveler, a sentient planet which allowed us to explore other parts of the galaxy. Unfortunately an ancient evil now threaten our existence and it is up to the Guardians to help awake the Traveler in order to save the known universe from the scourges of the Fallen, the Hive and the Vex. Sure, it’s a little cliched but what sci-fi story isn’t and it actually suits the gameplay rather well. Also, the stories in Destiny are split between your missions that can be accessed from an overall map and then you have strike team maps which are extremely difficult but a great challenge. Strikes are basically co-op missions with two players which does have strong parallels to the Legendary mode from Halo due to the insane difficulty. They are also very entertaining to play!

Before venturing into the world of Destiny as a legendary Guardian, the player must first customise their avatar which allows you to change species (Human, Exo & Awoken), gender and appearance. I actually became quite entrenched in this aspect as I fine-tuned the appearance of my Guardian to be. You also get to pick between three classes that include Hunter, Titan and Warlock.

Apart from your weapons and equipment, Guardians also have an AI being called a Ghost which allows them to perform a variety of functions such as searching the area and providing commentary to the player. They are your official side-kick in the world of Destiny. Unfortunately it’s not as sexy as Cortana from Halo but it’s just as useful and sort of looks like something out of Portal. The Ghost is even voiced by the legendary Peter Dinklage from Game of Thrones who adds a unique personality to this AI construct. The game starts with a beautiful cinema that explains the situation on Earth and how the Golden Age of mankind has ended due to the alien surge that threatens man and their alien alliances. Once the player has control over their Guardians, their Ghost will assist the player in finding a weapon and eventually a craft in order to fly to the Tower from Earth. This first part of the game does serve as an unofficial tutorial but for most gamers, the controls have been perfectly mapped on the DualShock Controller 4 and follow the standard first person shooter controls. The main hub of the game is called the Tower which allows you to explore additional missions, purchase new items and engage in a variety of NPC’s

Although combat feels like a traditional first person shooter, the epic sci-fi nature of Destiny really assists in immersing you into this amazing universe, especially the diverse areas such as Venus or Mars. Combat feels quite sturdy on the DualShock 4 controller and players have access to a variety of weapons and skills that can be fine-tuned to create your ultimate Guardian. Destiny boasts a variety of enemies, each with their pros and cons that must be discovered by the gamer in order to successfully defeat them. With your Ghost, you have access to a map pointer and also a radar which shows the direction of your enemies on the screen which is located in the top left hand corner of your screen. The layout works well. However apart from your standard grunts and wizards that you fight, Destiny has some very impressive boss battles and should you fall victim to one of these creatures, you can respawn or wait until your health returns to face them again. Nothing is worse than running into a Prince when you are down in ammunition. By killing enemies and going on missions, your character is awarded experience that can then be used to not only level up but select additional skills for your Guardian.

My only slight complaint about the skills available to your characters is that I would have preferred some further skill trees in order to create more diverse abilities for your Guardian. It’s a little static but with that said, it’s nice that you can customise armour and weapons in order to give your character a variety of options while they explore this universe as a true Guardian bad-ass. Another cool feature of the game is the Sparrow which are basically like Speeder Bikes from Return of the Jedi and are not only fun but really assist in moving you around the worlds that you explore. Funny enough, the Sparrows feel like a certain “other” vehicle from Halo. All in all, the gameplay, mechanics and controls of Destiny create a very compelling game that I’m still having a blast playing.

Although you can happily explore the world of Destiny by yourself, it’s considerably more entertaining when you team up with other players in this gaming universe. With that said, finding players is not an issue and the game supports traditional multiplayer modes which does give you a break from the main story. The game also contains a section called the Crucible which allows you to engage with other players in PVP action. Opposed to the sometimes rat race of other PVP games, the Destiny model is quite balanced and focuses more on teamwork. Graphically, Destiny is truly a beautiful and diverse looking game, especially when you explore the planets opposed to the downtrodden atmosphere of Earth. Whether it’s the lush forests of Venus or the red deserts of Mars, when you explore these other planets, it really is like stepping into a new world. The developers also give the player both indoor and outdoor environments which are fine-tuned with the gaming mechanics and does require you to change your tactics. I mean, there’s no point using your shotgun outdoors when you’ve got rifle that is considerably more accurate.

I also love seeing the giant Colony ships fly through the skies plus the realistic lighting and special effects which really turns this game into a huge blockbuster.Characters are well modelled and enemies appear quite diverse and interact well with the gaming environment. Overall, Destiny is a very impressive game on the PS4. The soundtrack of Destiny is brilliant and goes hand in hand with the graphics and gameplay. It’s like some Hollywood sci-fi blockbuster musical score that changes with the action in the game. The voice acting in the game is quite decent, especially Peter Dinkle as your Ghost who does lend some character to the title and gives Destiny its own personality. Lastly you have the sound effect that is bigger and badder than most games of 2014. Explosions sound huge, weapon fire can be quite scary and overall, everything sounds perfect and quite a bit of thought has gone into the audio in order to enhance your gaming experience.

People will definitely compare this game to Halo and given that it’s from the same developers, it’s totally understandable. The game does feel like Halo and there’s nothing wrong with that but unlike Halo, the game feels more on par to the Mass Effect or Borderlands due to the amazing worlds that you explore. It’s a real amalgam and in the end, Destiny is probably the must have multiplayer game of the year which successfully merges a very strong FPS with MMO.

A great effort from Bungie! • Brave New Worlds – Destiny will instantly draw players into a universe of heroes and legends, with worlds and storytelling crafted by Bungie, the creators of Halo – one of the most beloved and critically acclaimed entertainment franchises of all time.

• Your Legend – In Destiny you create your own legend as you and your friends venture out into the solar system to reclaim the treasures and secrets lost after the collapse of our Golden Age. Over the course of your adventures you become more powerful, able to wield rare and exotic weapons, gear, and powers.

• A Connected Universe – Destiny is more than a disc in a drive, it is a persistent online universe filled with other players. As the story grows and expands over time, so do the destinations you can access, the activities you experience, and the rewards you can earn.

• A Social Experience – Destiny’s many destinations will feature areas called Public Spaces where players journeying solo or with friends will seamlessly cross paths with other players and Fireteams, some on similar missions, others engaging in completely different activities.

• Public Events – Contained within some of Destiny’s public spaces are realtime dynamic events that players and Fireteams in the area can choose to engage in. These Public Events are short skirmishes where multiple players work together to defeat their common enemies and collect awesome loot.

Adventure Awaits – Personalize and upgrade every aspect of how you look and fight with an expansive combination of armor, weapons, and visual customizations. Take it all with you into every mode, including Destiny’s story, competitive multiplayer, and public combat destinations. Return to The City, Destiny’s third person social space to rearm and repair before going out on your next adventure.