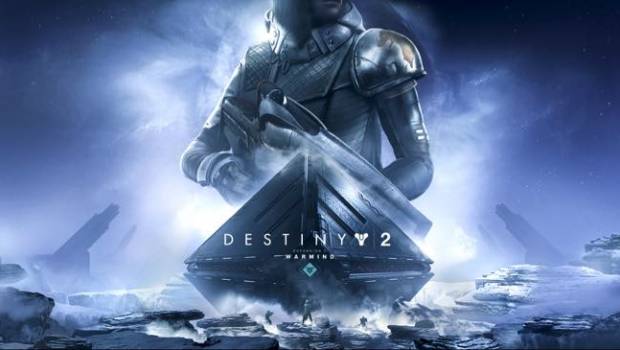 Summary: With a middling narrative and uninspired copy and pasting of missions, it’s hard to argue that this isn’t just another stop-gap affair for Bungie while they put all of their efforts into the upcoming major DLC release in September.

Destiny 2’s spectacular fall from grace only gets more painful to watch, with each middling DLC release and patch promising to address the concerns of the community but inevitably disappointing the player-base as Bungie applies band-aid solutions to longstanding issues whilst new problems crop up begging to be addressed.

It’s a vicious, Ouroboros-like cycle that sees Bungie constantly chasing its own tail, laser focused upon seemingly all the wrong things as the foundation they’ve built for what could be a potentially great game slowly crumbles into the dust beyond their control. Looking past all of the shifty shenanigans that went on behind the scenes after launch, the first twenty or so hours of Destiny 2 were still a fun and exciting experience; as I’ve mentioned before, I’d never really taken to the first entry so I was eager to become part of the day one community for the sequel.

I, like many other reviewers, were so enamoured by the refined gunplay that we were all too willing to overlook minor shortcomings in order to praise the aspects of the game that undeniably improved upon its predecessor – The inclusion of an actual, somewhat compelling narrative being the most notable one. However, it’s often hard to see how a title will fare when released upon the world while you’re encased in that brief period before the launch where it’s pretty much just yourself and a handful of other reviewers playing.

It’s difficult to gauge how active a community may be after release or whether or not enough content will be available to prolong playing long after the campaign has been finished, two elements that impact heavily upon the longevity of a game. Taking these factors into account, it’s almost impossible to forsee whether a title that relies so heavily on endgame engagement and its online community will succeed or not, as clearly evident by the effervescent initial reviews that now hang over our collective heads like Albatrosses.

Now that the shine has well and truly been taken off of the game, Bungie have been forced into a position where they have to consistently strive to show that they’re listening to the community and are endeavouring to fix the myriad of fan complaints with the game whilst also maintaining a steady drip-feeding of content in order to retain what little player base they have left as well as entice lapsed players into returning to the series… A tall order to fill for sure and one that Bungie is clearly struggling to achieve. Warmind goes some way towards righting the ship but what little course correction there is here is undermined by a clear lack of creativity and a DLC offering that shares more in common with the underwhelming The Dark Below or House of Wolves expansions than the saving grace for the series that was The Taken King, something Destiny 2 is in desperate need of in order to keep it afloat until September’s promised “major” DLC release.

From a narrative standpoint, Warmind has the advantage over Curse of Osiris, the last DLC expansion, in that the events here actually feel impactful upon the lore, to a degree; without spoiling anything, Warmind presents some intriguing developments once you’ve worked your way through the five missions on offer, developments that may not be enough to correct the downward trajectory of the series but that lay the groundwork for some longstanding in-universe ramifications. The story itself is brief, introducing multiple new characters only to slaughter half of them by the DLC’s end, but I did welcome the new Mars environments, even if the enemy variety upon the planet itself was kind of lacking.

My biggest complaint is that Bungie seems to think that they can use grinding as an incentive for players to come back to the game, showing that they misunderstand what gave the first Destiny such longevity; grinding without a tangible reward making the grind worthwhile isn’t a fun experience and Warmind fails to offer anything exciting enough to warrant sinking the time into. Warmind tasks players with unlocking forty sleeper nodes hidden around Mars but the entire experience is tedious and doesn’t offer decent enough loot to make the hunt worth your while.

Bungie once again reuses strike missions ripped straight from the campaign and this lazy approach to padding out content fails to endear Warmind to players in any way. There’s only really one addition here of note, which is the new mode Escalation – Essentially a horde mode, players are tasked with fending off waves of enemies as they run around the map taking care of objectives. It’s a simple premise but it works pretty well here and it’s a small step in the right direction in regards to shaking up the established formula. So, should you buy Warmind? With a middling narrative and uninspired copy and pasting of missions, it’s hard to argue that this isn’t just another stop-gap affair for Bungie while they put all of their efforts into the upcoming major DLC release in September.

Escalation is a fun distraction and those looking for a return to the grind will enjoy seeking out sleeper nodes, even if personally I don’t think the payoff is worth it in the end, but overall this is another lacklustre effort that’s going to struggle to retain the haemorrhaging player base.