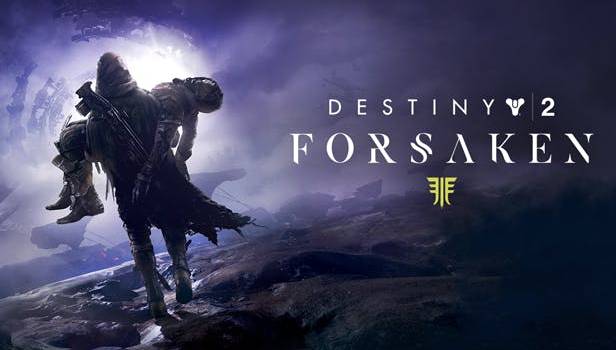 Summary: Just the refreshement that fans have been thirsting for.

Forsaken, the latest expansion for Destiny 2 is live. And it begins with a bang, literally. Cayde-6, the lovable joker, the one we all look to in the dry seasons between expansions for a laugh, a spark of hope that the grind will be worth it. Is gone, taken from us in an emotional scene by his own gun, by the hands of Uldren Sov. Prince of the Reef,  taken by Darkness. What happened to him? Do you care? Seek out and claim the vengeance for your fallen friend, for no one else will. Forsaken opens up with the hard hitting death scene right from the start, no doubt it had fans perk up immediately. We all knew it was going to happen, it’s been teased in the months and weeks, leading up to release. Cayde is on the floor, Uldren is above him, we all know what happens but we’re screaming at our Guardians to get there in time. Alas, in typical fashion we arrive too late to save the day, but never too late to enact our vengeance. As the Vanguard struggles to deal with it’s loss and subsequent disagreements, once again it falls to us to get our hands dirty. It takes the death of everyones best friend to force our Guardian to speak again and the lines are driven home with immense emotion, you can really feel the pain in the VA’s spoken words and they no doubt echo in the hearts of the player as they begin the search for Cayde’s murderers. As you progress through the Forsaken story, if you’re a lore fan like I am you really start to question your Guardians’ morals, as you seem hell bent of enacting violent retaliation for the death of your friend, a crazed fury of sorts until you are satisfied you have killed them all. Your ghost, sensing these changes tries to reassure you that the two of you are simply handing out justice, but numerous questions still lie about the morality of it all. It’s a really powerful story and begs the player to ask themselves the question “Are you a Guardian of the Light? Or have you fallen to the Darkness?” As a Warlock main myself, I like to think we teeter on the edge between both, it is in our nature to study and understand the motivations of both to fully wield our powers and to fight either. So I really feel the Forsaken story is a really deep emotional and intellectual story. So rich with lore it begs to be explored and I swallowed as much knowledge as I could whole.

*Ahem* I seem to have rambled on a bit. Gameplay is familiar old Destiny stuff, same mechanics, new guns, though I will say some of the new supers are cool, who wouldn’t want to kamehameha a beam of lighting at your foes, or throw flaming shuriken at surrounding enemies? There’s new public events, two new areas to explore once the main campaign is completed; Tangled Shore and the Dreaming City. Both of which have amazing designs, the Tangled Shore is typical Reef, salvaged tech, rustic, full of scavengers and monsters around every corner, a real lawless frontier where only the strongest could survive and the Dreaming City, a gorgeous city of the Awoken that teeters on the edge of Light and Dark with an ominous threat just below the surface.

A new PVP/PVE mode called Gambit, where you fight waves of enemies to collect and bank motes to summon a Prime Evil, kill it before your opposing team to win, banking motes summons blockers to delay your enemies, the more motes you can bank the stronger and more numerous the blockers and the faster you can summon your Prime Evil. It’s great fun for someone like me who really doesn’t get into PVP as much to kinda dabble in both but it can definitely still get very competitive. There’s a lot of gear to be earned now with the new daily and weekly bounty system, clans have been reworked to encourage more interaction and team play, a new daily heroic has been added to the strikes menu for you to farm higher end gear. And the new Raid The Last Wish has dropped, but be wary as the light level requirement is massive and most likely many of us won’t be ready for some time, a 550 initial requirement to likely finish at 570 and for the Prestige mode to start likely at 580 and finish at 600 which is max light level. I unfortunately won’t be able to get it done anytime soon as I’m still only at 512, but I will definitely have a go when I get there, I look forward to it immensely. As usual the audio for Destiny is fantastic, an amazing audio score covers the entirety of the Forsaken story, from the slow morbid piano in the tower where everyone is mourning Cayde, to the epic drums of intense combat as you hunt down the Barons and Uldren Sov. The voice acting is also brilliant, from Nolan North’s portrayal of Cayde of which I could barely tell the difference, to Ikoras’ seething mourn of her fireteams’ loss right over to the shaky Zavala who is obviously struggling to hold back his own desire for justice for the betterment of the city. You can really feel the emotion behind the lines many of these characters speak and how they’re struggling to cope with loss and rage. The Spider is an interesting new NPC but I can’t help but miss of Variks the Loyal from the House of Wolves DLC back in Destiny 1, Petra Venj is cool af as always and it’s really good to get a more in depth look at her character as you progress through the story. We all knew it, the Queen is still alive and it gave me goosebumps to hear that soft spoken, deeply menacing voice. I really can’t wait to see if she ever returns to the forefront of the story. But I really can’t help but wonder where Eris Morn ran off to, there are brief mentions in lore but nothing concrete. Would be great to kinda get all the cast back once again and Cayde’s death would’ve been the best motivator for some of the hidden to crawl out and show their heads.

Our Guardian finally speaks! Albeit only a few lines over the course of the whole expansion but I do sorely hope this was only the beginning of many more dialogue lines to be spoken from our Guardians lips, anonymity works great for certain strong, silent types whose faces are never revealed, but for our Guardians whose faces and identities we; the players have created with some semblance of attachment would surely love having a voice to the face once more. For those of us who played vanilla Destiny 1, it was no doubt a special feature we sorely missed from then on. In conclusion, Forsaken was just the pick me up Destiny 2 needed as it was falling quite sour of many loyal fans. I myself had taken a long break before Forsaken dragged me back. The story is great, the triumph system to track challenges is fun and paired with the lore system give players something to lookout and work towards completing even when there’s little else to do, having added so many more bounties, both daily and weekly to complete for that sweet sweet loot opens up the game for so many players who might only like to play certain modes or are more of a PVE player than PVP. I give strong marks to Bungie and Activision as Forsaken has really dragged me in with all it has to offer and I haven’t even covered everything myself yet. I’m excited to see more and I sincerely hope this trend continues. At a cost of $59.95 for Forsaken DLC or $99.95 for those who haven’t played DLC1 and 2 it is more than worth it. Normally I’m not big on high cost expansions but for what I’ve got so far, I would be more than happy to fork out that amount of money again.

A big, big thanks to Activision for supplying us with a copy of the Forsaken DLC 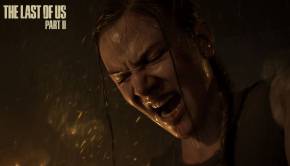