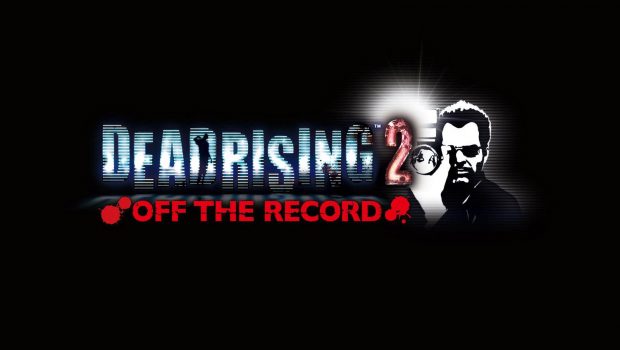 Summary: Dead Rising 2 and its spin-off cousin, Off the Record are solid re-releases that lack vital DLC add-ons released years ago, bringing down the value of the ports somewhat.

Re-released on PC, PlayStation 4 and Xbox One, Dead Rising 2 and Dead Rising 2: Off the Record are an interesting middle pair of Capcom’s popular zombie beat ‘em up series. Both launched late in the seventh generation life cycle and their ambitious engines pushed the PS3 and Xbox 360 to the limits with hundreds more zombies on-screen to slaughter with all manner of classic DR weapons. It also changed the tone of the franchise to something a little more silly. Do they still hold up for newcomers and returning fans? First thing’s first: If you already owned the PC ports from a few years back, there’s not much to see here. Unlike the original, both DR2 and OTR were multiplatform, but this marks the first time both are in 1080p/60fps on current generation consoles. Capcom have made virtually zero changes to the games aside from the bump up in resolution and frame-rate, so if you’re looking for new content, you will sadly be disappointed. What’s also strange is the Xbox 360 exclusive DLC, ‘Case West’ and ‘Case Zero’ is not included in the ports, and that is very disappointing. However, the increased performance and nicer AA ease the pain of the omissions.

For newcomers, Dead Rising 2 is the often overlooked middle child in the original Dead Rising trilogy. Developed by American-based Blue Castle Games, it loses a bit of the quirkiness that came from its original Japanese development team, but nonetheless remains faithful to the first game’s stellar zombie-killing sandbox mechanics while expanding them thoughtfully. Gameplay involves exploring a huge open environment full of weapons and secrets to discover, zombies and psychopaths to kill, and conspiracy cases to solve under a strict three-day timer. The original’s Prestige Point system (experience and levelling) also returns, and the scope is a whole lot bigger than the original game. There is a massive increase to 7000 zombies shown on-screen at the same time, making general gameplay a more hectic and the survival-horror aspect more intense. Set five years after the events of the original game, players take the role of former motocross champion Chuck Greene attempting to survive in the fictional metropolis of Fortune City amidst another zombie outbreak. Chuck was a contestant on the controversial reality television show, ‘Terror is Reality’ when the city is overrun to earn money to pay for Zombrex, medication which suppresses infected humans from turning but must be taken every 24 hours. His daughter Katie is infected, and with the outbreak happening he must survive it while making sure she has enough Zombrex and protect her from people taking advantage of the situation. Fortune City and Zombrex are interesting setups for Dead Rising 2. The Las Vegas-inspired city is much larger than the original game’s Willamette Parkview Mall, and there are tons of exciting and quirky locations to explore, including four casinos and its own extensive shopping districts. But what made the sequel stand out more than just a change in scenery is its introduction of the franchise’s now staple crafting gameplay mechanics: Players can combine items in designated workshop spaces to create hilariously unrealistic and always dangerous combo weapons. Duct tape, grenades and footballs make a ‘Hail Mary’, a robot teddy bear with a machine gun make ‘Freedom Bear’ and a paddle and two chainsaws the ‘Paddlesaw’. They’re as fun to use and ridiculous in concept as they sound, and there are over 50 for the player to experiment with. Perhaps the biggest addition to the game is its multiplayer component. You can play the entire main campaign with one other player (online only), with the host player’s world the one where progress is made. Both players keep experience points earned, and generally it’s a whole lot more chaotic and fun to play through the game with a friend, just muck around, or try to aim to explore all of the game’s six different endings. There’s also the ‘Terror is Reality’ multiplayer, where you face off against three others in the fictional zombie-killing sport in three different modes. Dead Rising 2: Off the Record is the strange “What If?” scenario spin-off which sounded great on paper but fell a bit flat when it first released. While they are completely separate games, OTR shares the same game engine, setting and general storyline with DR2. However, the protagonist is switched around – instead we play through the events of the second game through the eyes of Frank West, our hero from the first game, though Chuck Greene still exists in the story. There’s also the return of the camera snapping mechanics of the original, alongside Dead Rising 2’s combo weapons system – best of both worlds, right? The end result was a bit of a mix. As a fan of the first game and Frank West, I relished to return to the shoes of the iconic loud-mouthed journalist, but the asset re-use was too great, even if the story had additional twists and turns to suit Frank’s inclusion rather than Chuck’s. There’s a brand new area called the Uranus Zone to explore and a few new combo weapons, but aside from those it’s a straightforward remix that seemed rushed out. The one new introduction in Off the Record which deserves massive praise is Sandbox mode. It essentially melds the best of both worlds – unlimited time to muck around and explore Fortune City without the timers, while hosting challenges (solo and co-op) to undertake for PP and cash. Dead Rising 2 and Dead Rising 2: Off the Record are still some of Capcom’s greatest games released. These two re-releases aren’t as great value to PC gamers as the original game as they were already ported years ago, but PS4 and Xbox One owners who skipped them last generation or hated the performance issues will enjoy the bump up in frame-rates and resolution.