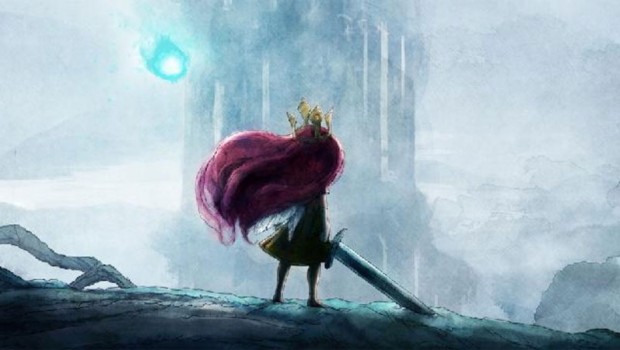 Summary: Child of Light is a beautifully created game that looks like some lost fairy tale come to life.

CHILD OF LIGHT is like walking into an art gallery and then being magically drawn into one of their beautiful water paintings. This game is really art and considering that the game engine uses the UbiArt engine, it’s easy to see why the game looks so beautiful which happens to be the same engine used for Rayman Legends. Opposed to Rayman Legends which is a platformer, Child of Light is actually a well designed and engaging turn based RPG with a few twists thrown into the gaming mechanics.

One of these twists is that you explore the world like a platformer which works really well for exploring and story progression. The other twist is that you can affect your enemies turns in battles which creates this almost mad race to the finish. Also, the developers have successfully merged the genre of platforming and RPG together which creates one of the most unique and beautiful games of 2014. To compliment the beautiful animation and artwork, Child of Light has a great fairy tale story to accompany the gameplay and revolves around a young princess named Aurora that at deaths door has somehow ended up in the magical world of Lemuria. As a result, her father in the real world has become broken hearted and has given up the will to live which requires the player to help Aurora not only rescue her father but help the denizens of Lemuria from a wicked witch.

Unfortunately for Aurora it is not an easy task because Lemuria is plagued by a diabolical witch. However in order for Aurora to help her father, she must first help the strange assortment of characters of this magical world and by completing their quests, she is given the powers needed to defeat this witch. There’s also plenty of exploring to be found in the game and Aurora is given the power of flight early which allows you to explore the skies for hidden chests, enemies and quests. Exploring was my favourite part of the game. Thankfully Aurora is not alone in her adventure as other characters will join her party. The first character that the player is introduced to is a Firefly named Igniculus that during combat can either heal or distract enemies. As you progress, you meet other characters along the way such as the female jester Rubella who has the powerful ability to heal, Finn a dwarf wizard or Oengus, a hunkering warrior and “tank”. Even though you’re only limited to two characters during combat, you can swap them on the fly and the system even allows another player to control Igniculus. My favourite character besides Aurora was her sister Norah who wields some powerful magic when levelled up.

Interestingly enough, there are no weapons to find in the game but early on, Aurora is told that she is a “Child of Light” and is given a magical sword that can do a considerable amount of damage to creatures of darkness. Aurora also has access to magic which does additional damage to enemies but unlike melee attacks takes additional time to cast. This is where the turn based system comes into play.

The combat of Child of Light does not take place in the platforming world but rather, transports players to an arena with up to 5 pillars. 2 pillars are used for player controlled characters and the remaining ones for the enemies. At the bottom of the screen is bar which is split between wait and cast or “actions”. Once you get to the “action” part of the bar, the game will stop and allow you to choose your actions such as defend, cast a spell, attack, flee or use an item.

This bar system is like a race as it shows all the characters on this bar and how far away they are from cast area. Those that are faster obviously get to perform their actions first which makes for a great strategy. It can also be quite nerve racking at times and if you find the difficulty level of the game a little too easy, Child of Light supports a “hard” mode. By defending in combat, it allows you to cast a more powerful spell which takes longer to cast and you can also distract enemies with Igniculus which pushes them back on the bar. Spells and actions can be interrupted so you need to ensure those characters casting powerful spells are protected. However while all this is happening, you can control Igniculus via the touch pad on the DualShock controller which allows him to heal characters or distract enemies which is kind of cool.

Igniculus is also the only character controlled in teal-time but he has a finite amount of energy. Enemies in the game are quite diverse and all  have this mythical feel to them which suits the premise of Child of Light perfectly. If you die during combat, your party members can revive their colleagues and I must admit that potions were quite scarce during the game. Another gaming mechanism of Child of Light is the ability to craft via the Oculi system. By collecting various gems from the gaming world, you can combine them together (provided you have three) to create more powerful gems which give each of your characters additional bonuses. Each character has three Oculi slots an definitely help with the more difficult battles, especially those bosses.

At times the game is reminiscent of a Japanese RPG such as Final Fantasy, especially when it comes to the sometimes difficult boss battles. If you avoid enemies while you play (which is possible), you will lose valuable experience points which slows down your levelling and more importantly upgrading skills from your diverse skill three. With that said, there is a type of grinding involved which sometimes does become a little repetitive. One issue that I did have with the game is the amount of text in the title. Personally it was just a little too much and would have been better if this was audio opposed to reading. Even so, Child of Light is one of the most original and beautiful looking games of 2014!

As mentioned the graphics are gorgeous and look like a watercolour painting come to life. Cutscenes have this real fairy tale feel to them and there’s some great lighting and special effects used. The soundtrack suits the game perfectly and changes with the story. Voice acting is professional and the sound effects do well to enhance the overall game.

Child of Light is a beautifully created game that looks like some lost fairy tale come to life. The UbiArt Engine really enhances the gaming experience, especially the stylised character design and wondrous environments. For a game that appears to be a platformer, Child of Light is definitely not but rather creates an engaging minimalist RPG title. The skills available for your characters are interesting and it’s great that it does not limit what your character has access to. The turn based mechanics are solid and I love how Igniculus has the ability to disrupt your enemies turns. Most gamers should be able to polish off this game in around 12 or so hours but if you fight every battle, this will take longer.