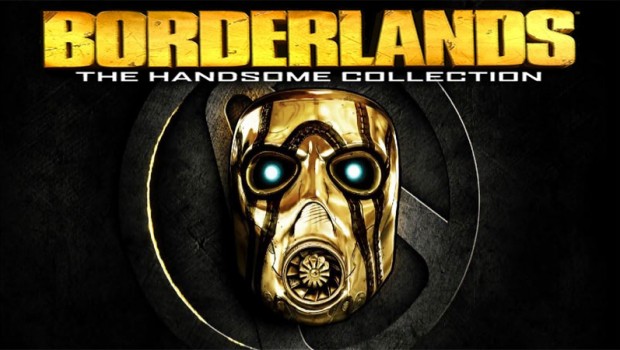 Summary: Borderlands: The Handsome Collection on PlayStation 4 is a flawless first person shooter that successfully takes this franchise to next-gen

It’s finally here, the definitive mayhem of Borderlands for both the PlayStation 4 (reviewed) and the XBox One with the remastered collection of Borderlands 2 and Borderlands: The Pre-Sequel in the Handsome Collection. Boasting high-definition graphics that was only possible on the PC, PlayStation 4 owners can now experience this whacky and popular gaming franchise that even includes all the campaign add-ons, playable character packs, level cap upgrades, character customisations and assorted combat arenas. So yeah, there’s quite a bit of content jammed packed into this game.

Another interesting feature for next-gen console owners is that the game supports up to four players locally via a single split screen and if you have a large flat screen TV, it definitely makes for some fun and interesting gaming and dare I say, harkens back to Goldeneye 007 on the GameCube. Although many gamers have probably experienced Borderlands before, this collection not only targets new players with the eccentric and crazy character called Handsome Jack but it also boasts a great narrative with some great characterisation along the way that made this franchise such a joy to play the first time around. If you played this title on the previous generation of consoles (Xbox 360, PlayStation 3 and PS Vita), you can transfer your save games via its cross-save feature.

In terms of gameplay, the game uses a first person shooter perspective and the Handsome Collection is basically a strategic shooter with elements of RPG thrown into the mix which gives the player a huge world to explore with that being the planet Pandora and its moon Elpis. Each character that you play also has their own special abilities for combat which makes it perfect for multiplayer fun as well so whether you want to rely on a sword or gun, it’s all up to you. So as you explore this rich and diverse world in order to finish the main storyline, you will come across strange characters as they give you missions of their own which really helps you flesh out this universe.

Needless to say, there is plenty of looting to be found and discovering new weapons along the way. The sheer scope of weapons on offer is rather incredible and the fact that they all have their different feels and uses, it’s quite refreshing. Given that, both the environments of Borderlands The Pre-Sequel and Borderlands 2 is quite different, with the pre-sequel taking place on the moon of Pandora which makes the low-gravity quite different than the main planet thanks to the physics. Of course, one of the main draw points of the Borderlands franchise is playing with a friend and both games ensure a quick, painless experience to share the joy of shooting the inhabitants of Pandora and its moon in the face.

With the story, in Borderlands The Pre-sequel, it takes place in the five year period between Borderlands 1 and 2 (and paradoxically, also after the events of the latter game), the aptly titled Borderlands: The Pre-Sequel transports players to Pandora’s moon Elpis for more satisfyingly anarchic gunplay. The main plot of The Pre-Sequel focuses on Jack (he hasn’t yet earned the title of Handsome, apparently) and his journey to becoming the villainous antagonist familiar to fans of Borderlands 2. A lowly programmer for Hyperion and still possessing somewhat honourable intentions, Jack is tasked with taking back a high jacked moonbase, enlisting the assistance of some familiar faces to help him along the way.

With Borderlands 2, the story takes place five years after the original game, and the playable characters are all new additions. The protagonists of Borderlands make a return and although they are not playable, their roles are greatly expanded in the sequel plus they serve a greater narrative purpose here than they did in the first game. The story was something that some took issue with in the first game and Gearbox has injected the sequel with a beefed up narrative, including an antagonist in Handsome Jack, that is equal parts smarmy and ruthless. Borderlands 2 carries on the tradition of the first games incredibly silly humour.

The characters dialogue sparkles and the voice acting is strong across the board. Conversations are lively and the snippets of dialogue from enemies as you gun them down are at times, hilarious even. Its sense of humour may not be for everyone but it goes a long way towards creating a dynamic, lively game world. Overall, the gameplay in both games is relatively flawless as you attack enemies, level-up, find weapons and use vending machines to ensure you have enough health and ammunition. Enemies range from easy, especially the grunts to some tough boss battles that does require some strategy opposed to just shooting. Fortunately for the most part, the AI is quite good.

With the Pre-Sequel, gameplay is made even more different with its zero-gravity and that the player requires oxygen moving around the map. In terms of a favourite, I must admit that Borderlands 2 does feel more sturdy as the oxygen element does add another level of complexity for the player. Nonetheless, both are two very good first person inspired shooters on the PlayStation 4. Another change for the better is the inclusion of the touchpad on the DualShock 4 controller which allows you to access the map plus it gives the player easy access to upgrades without fiddling through menus upon menus. It should also be noted that the controls are well mapped on the controller and more importantly, very responsive which is ideal for a first person shooter.

When it comes to graphics, Borderlands: The Handsome Collection looks good on the PlayStation 4, especially with its high definition and great animation. I also love the graphical style employed by Gearbox Studios with its cell-style appearance that gives the game its own distinct personality. Level design is quite detailed as are the various environments that you explore and although we’ve seen it all before on the PC, the PlayStation 4 version is just as good. The only issue with the graphics is the occasional clipping or characters walking through other characters.

Lighting and special effects add another element to the graphics of this title and then you have the diverse characters who look like they have been taken from a post-apocalyptic film like Mad Max. Voice acting is another highlight of the game and the actors really get into the headspace of these characters, especially the highly amusing one-liners and dialogue. Sound effects pack a punch as the soundtrack gives the title this surreal sci-fi atmosphere. A special mention should be made about Borderlands The Pre-Sequel as all the denizens of the moon Elpis all boast an Ocker ‘Strayan accent which at times is extremely funny, especially “The Bogan Gun” that throws bogan insults such as “This is giving me a wide-on” and the classic “Awwww, Get F**ked!” not to mention bullets as well. Quite cool!

If you enjoyed the Borderlands series and want to take on the PlayStation 4 version, it’s definitely worth it if you’ve played this on the PS3, however if you’re a PC gamer, there may not be that much incentive unless you don’t have all the DLC’s. Nonetheless both games are pretty much flawless and play exceptionally well on the PlayStation 4, not to mention both look glorious in FULL-HD graphics with an average of 60 frames per second.

They are fun, entertaining and more importantly, there’s a huge amount of replay value here to either play the game solo, with friends locally or online. The Borderlands The Handsome Collection is indeed a handsome collection for both PlayStation 4 and XBox One owners!