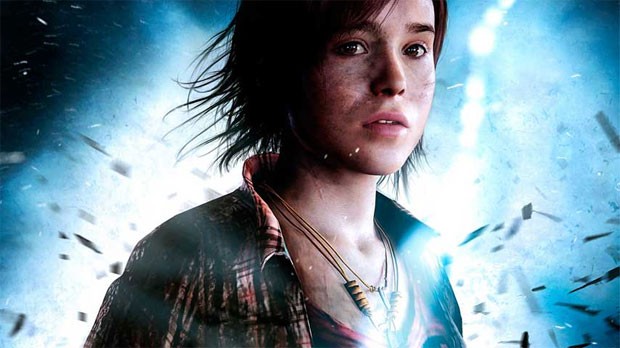 Summary: Whether choosing to play it in random or chronological order, neither of these options make it a compelling story.

Having been a fan of David Cage’s Fahrenheit and to a lesser extent Heavy Rain, I knew what to expect from developer Quantic Dream and their latest interactive adventure Beyond: Two Souls. It’s fair to say, I knew I would be experiencing more of a movie than a game. Though, what I didn’t realise was that unlike earlier titles from Cage, my participation throughout the tale would be so limited and that the story would suffer from a distinct lack of mystery and intrigue.

Beyond: Two Souls sees you play as Jodie Holmes (Ellen Page) over a 15-year period of her life. Told in a nonlinear fashion, each scene of the story jumps from one moment of her life to the next. From adolescence to adulthood, Jodie tries to cope with Aiden, a possessive ghost connected to her since birth. Due to this unwanted attachment, Jodie’s life’s somewhat depressing. From living as a child with foster parents, and homelessness, to being recruited by the CIA, Jodie spends the majority of her life as a lab subject for the Department of Paranormal Activity. Notably under the observation of Nathan Dawkins (Willem Dafoe).

As tragic as Jodie’s life seems, it’s difficult to sympathise with her plight due to the story being void of the intrigue and mystery writer-director David Cage successfully implemented in his previous titles. For example, Heavy Rain made you curious and kept you guessing as you pieced together certain clues to solve a crime. With the choices you made throughout affecting the tale, meaning there was the fear of failing and repercussions of what your actions could be. Beyond: Two Souls has none of these vital elements, making you feel disconnected from every character as each scene unravels. Furthermore, it’s strange that anything legitimately gripping or dramatic is absent in a plot that revolves around paranormal phenomena. The only subject to contemplate about is who Aiden is, and why he’s attached to Jodie. There’s a lack of excitement, and twists, making everything you experience feel rather dull and inconsequential.

Additionally, it seems thought into where the truly compelling elements of the plot lie, were not taken into consideration. The story lacks interesting elements, failing to create tension, resulting in no powerful twist or climax. As the story suffers from a lack of intrigue, coupled with each act being randomly being sewn to the next, the two issues combined make it considerably difficult to care about anything that’s happening as one chapter aimlessly jumps to another. It’s tricky to say much concerning specific events that occur in the tale without mentioning spoilers, but an early scene witnesses Jodie Meeting Nathan Dawkins, who promises that he can aid with the struggles she has controlling Aiden. However, due to the events you witness before this scene (including Jodie as a teenager and adult), it’s quite clear that he can’t, therefore trusting or caring about what he has to say feels completely redundant.

Overall, what’s left isn’t Tarantino-esque. The PS4 re-release allows you to play the story in chronological order though that doesn’t fix any issues with the character development. To emphasise, I played through both the original disjointed narrative, and the sequential one, and found that all it did was underline that changing the arrangement of each scene, doesn’t fix the overall problem with the story. Since Beyond: Two Souls qualifies as more of a movie than a game, quick time events forge the entire gameplay mechanics. As Jodie, you spend a good number of your time moving from one area to another, while interacting with the environment when prompted. Playing as Aiden consists of looking for a white dot to interact with by moving the analog sticks in a certain direction. He can peer and travel through walls, interact with the environment, possess people, and generally cause paranormal havoc. Though, restrictions on Jodie’s psychic abilities during certain situations, like being able to traverse through a wall in one scene, whereas not being able to in another, are bizarre and nonsensical.

For the most part, the quick time events are not essential to anything that’s happening. Unlike previous titles from Quantic Dream, you can fail them, but in Beyond: Two Souls the story will crack on unchanged. Whether it be deciding to move in for a kiss as a young teenager at a birthday party, or beating down men twice Jodie’s size during her time in the CIA, generally, not bothering to press anything results in nothing remarkable happening. Since Jodie’s the star of the show, there’s no fear of failure, with no consequences to pressing something at the wrong time. In particular, your actions cause little impact, and the choices put in front of you in each scene feel like the developer included them to somehow devise a use for the Dualshock 4. I rarely stopped to consider a choice I made since they were so meaningless, and made no difference, or impact, to the overall story.

Though the writing suffers throughout, graphically, Beyond: Two Souls is a pleasure to the eye. The motion capture looks magnificent, as is the overall set design. The Playstation 4 version is obviously a graphical step-up from the PS3 version, with the native resolution increasing to 1080p. There are moments when you’ll observe a character move from one area to another in stiffer fashion than the Tin Man, but these instances are fairly rare.

As for the audio, Ellen Page, and Willem Dafoe both perform an extremely good job with an incredibly lackluster script. There are countless times the dialogue’s close to coma inducing, but Page manages to craft the best out of it thanks to her solid acting ability. According to Page, the script was over 2,000 words long, thus both she and Dafoe’s deserve commendation for their commitment. As expected, Hans Zimmer’s musical score is decent but deserves to compliment a finer setting. Narrative statements and a story that has zero logic in its structure and execution are Beyond: Two Souls’ foremost issues. For a game driven by the wish to sit you down and make you empathise with its principal character through her struggles, the poor storytelling really is unforgivable. Whether choosing to play it in random or chronological order, neither of these options makes it a compelling story.