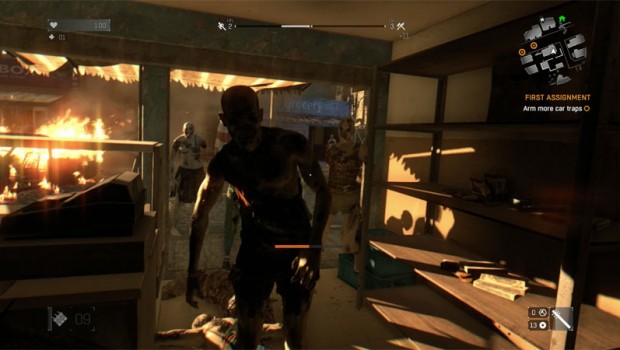 ‘Be the Zombie’ Techniques Showcased | 4v1 PvP on the Rise

February 10th, 2015 – Warsaw, Poland/ After only two weeks since the release of Dying Light, several million matches have already been played in the game’s PvP ‘Be the Zombie’ mode.

Gamers can see that the team-based 4v1 club keeps getting new additions to the family. As a little gesture, Techland released a “special” gameplay video today narrated by lead game designer Maciej Binkowski to highlight Dying Light’s take on the new age of asymmetric multiplayer as more games are joining the trend. The trailer focuses on the lone Night Hunter and showcases select advanced techniques that players can use when invading games of human survivors.

“With asymmetric PvP multiplayer continually ‘evolving’ we created this cheeky little video of our Be The Zombie mode as a bit of a salute to this awesome trend.” – Maciej Binkowski, Lead Game Designer

As a bonus, the trailer features a special code which fans can redeem to receive a powerful in-game weapon. The code can be redeemed at Dockets.DyingLightGame.com. Players will then receive a weapon docket that can be exchanged for a top-tier weapon at the Quartermaster within the game itself. Signing up and linking your platform to your Weapon Dockets account is necessary to use weapon dockets in Dying Light.