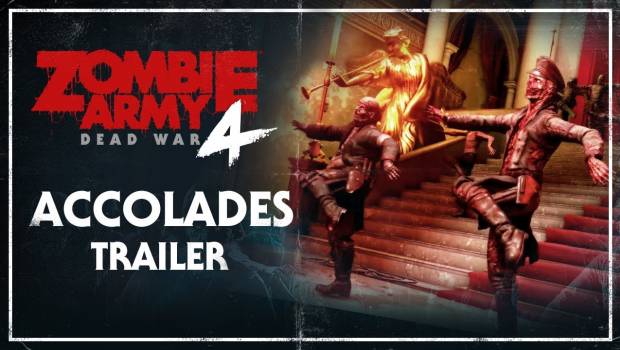 To celebrate the unrelenting infestation of glowing reviews and 1 BILLION ZOMBIES SLAUGHTERED by players across the globe, Rebellion have let loose a new accolades trailer for Zombie Army 4: Dead War – and it’s as graceful as it is wicked!

A reanimated despot and his ghoulish backup dancers shake a precariously attached leg in this follow-up to Zombie Army Thrillogy, the legendary April Fools’ video released for Zombie Army Trilogy in 2015.

Hundreds of thousands of slayers across the globe are happily mowing their way through hordes of Nazi zombies following Zombie Army 4’s launch earlier this month. There’s more slaughter to come too, as news on the game’s debut season of additional content will be revealed very soon…

Zombie Army 4: Dead War is available now on PlayStation 4 and Xbox One.