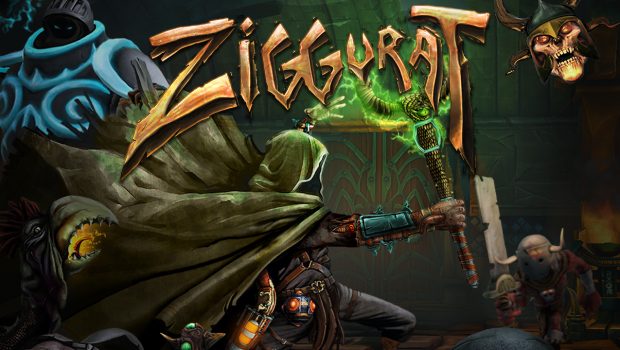 Summary: If Serious Sam was mixed with Hexen and Diablo.

Ziggurat… where do I start… well Level 1 really. Ziggurat is set in a giant tower, a test for prospective Mages though you are warned that the challenge is deadly and you will put to the ultimate test! The game dynamic is clearly inspired by Heretic/Hexen but has come by way of a touch of Diablo and a hint of Serious Sam. The levels are randomly generated and provide great replayability. The action is fast and the graphics have a slightly cartoonish feel to them (especially when you find yourself battling angry anthropomophic Carrots). 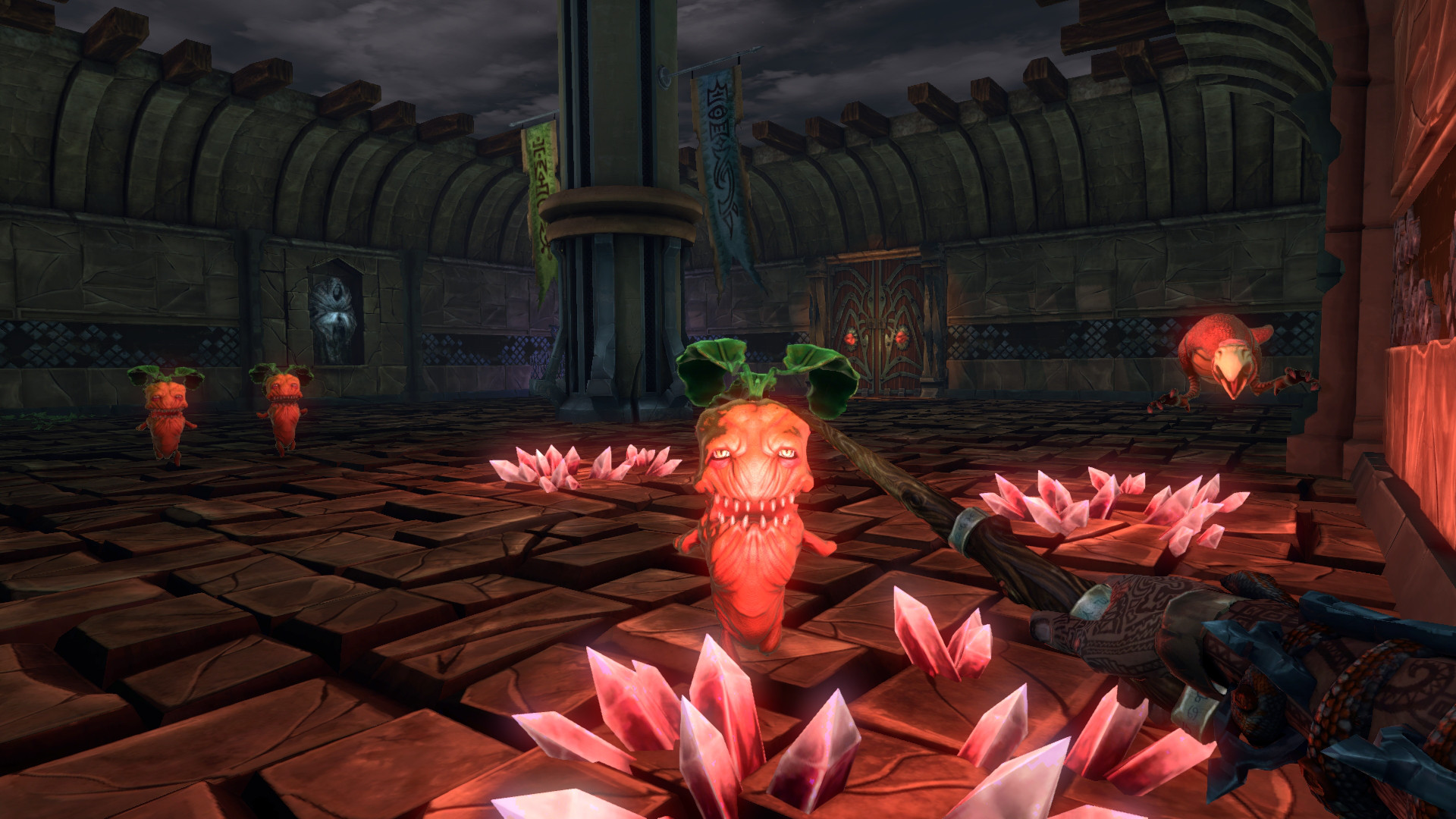 You have a number of different characters to chose from as you make your way into the tower, each has their strengths and conversely their weaknesses. Who you chose will impact the way in which you attempt to make your way through the tower. As you play through you level up and can chose from perks… the perk you chose will impact not just how you play but potentially how you progress. Things are kept simple… the levels aren’t massive so there’s no real chance you are going to get lost… even if that was a fear, the game automaps and marks what features of note are in important rooms. Certain locations will give you perks and others might curse you… you can make sacrifices at certain altars but there is no guarantee that your gesture will work for you… it may set you back instead. 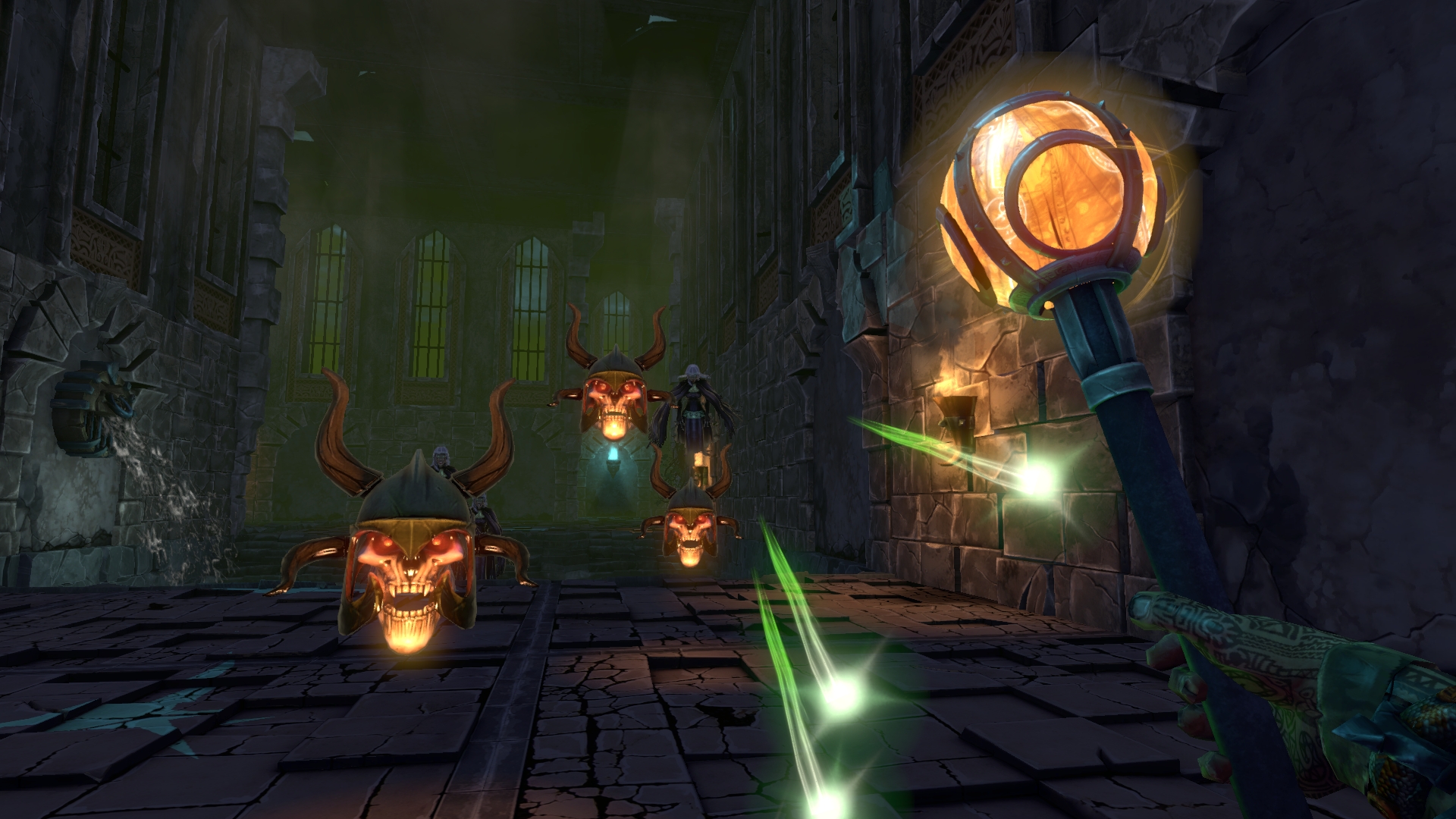 Because of it’s random generation, each playthrough is different and this is where it really shares some Diablo like qualities. Play through once and you may find a handful of items, wands, grenades etc. Play through the next time and you will end up with totally different items and that will change how you tackle the obstacles in your way. It’s a simple mechanic but one that can be just the right (non lethal) carrot dangling in front of you to draw you back into the gloom. It’s Serious Sam aspect is primarily in the way that once you enter a room with Minions you get locked in there until you take them all out… and naturally the number and aggressiveness of those minions will vary from room to room, so one might seem a doddle… the next might see you exiting the room with a single spec of health. Oh and if you die… you’re dead… that’s it. You may be granted a new perk that will be available next time you attempt the Ziggurat… but you need to return to Level 1 and go again. 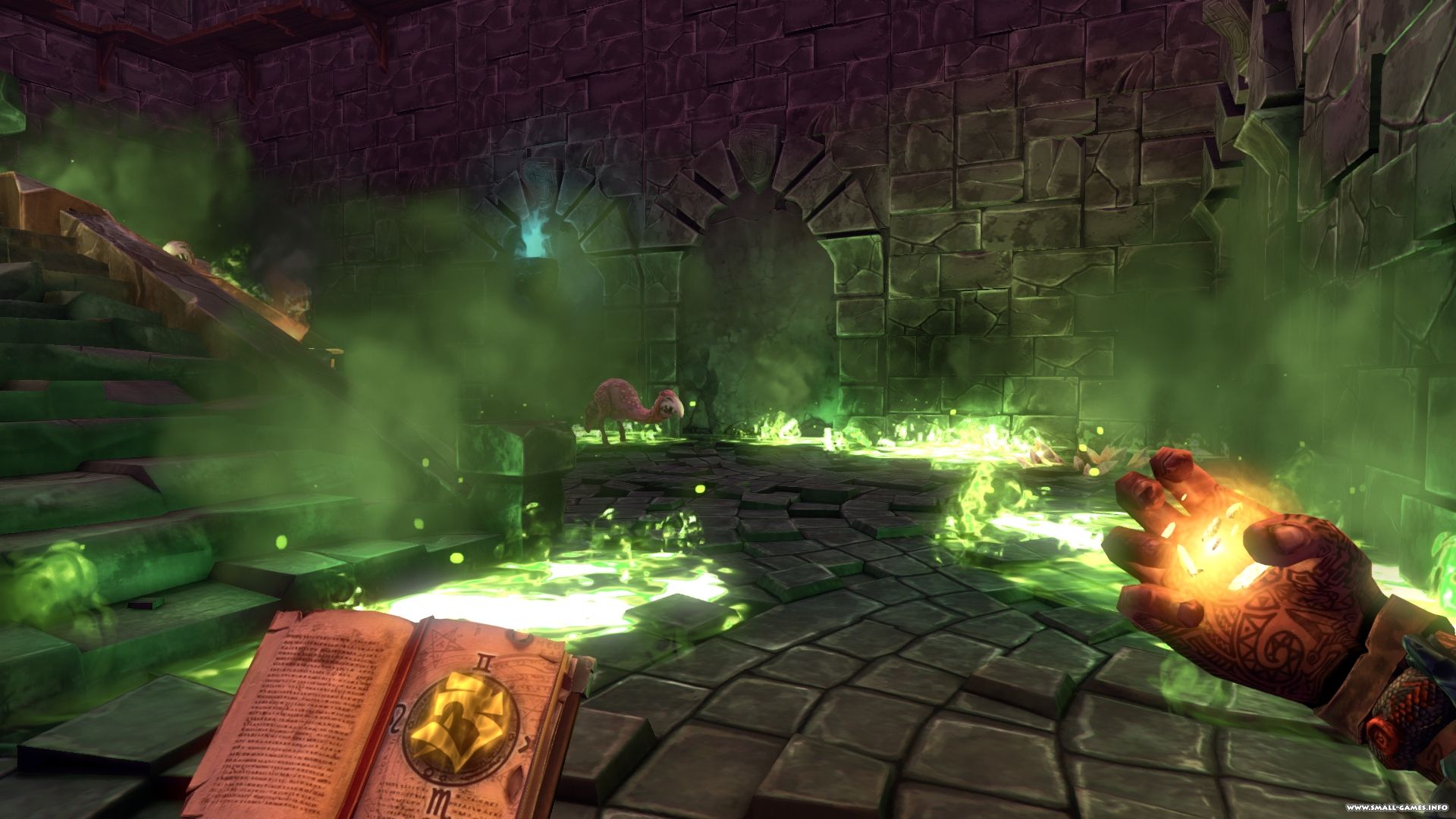 Though I used to play Hexen/Heretic and Diablo and loved them… I have a strong dislike of Serious Sam… I’m not entirely sure what it is about it either… I think it’s the seemingly endless hordes that rush you and the lack of much else. Ziggurat isn’t quite as bad as Serious Sam but it does suffer a similar mechanic and as such I just couldn’t really get into it. I don’t like perma-death as a game mechanic… We had that in arcade games and early console gaming (the former primarily presumably to ensure the need to keep feeding coins into the machine). Now that’s not to say that I don’t appreciate that some people do like the challenge of perma-death… it’s just to say I don’t like it. I’d prefer the game give an option to turn it on or off. I don’t mind restarting with a loss to health or mana or items or some sort of penalty… but if I have to restart the whole experience over again I just lose interest. 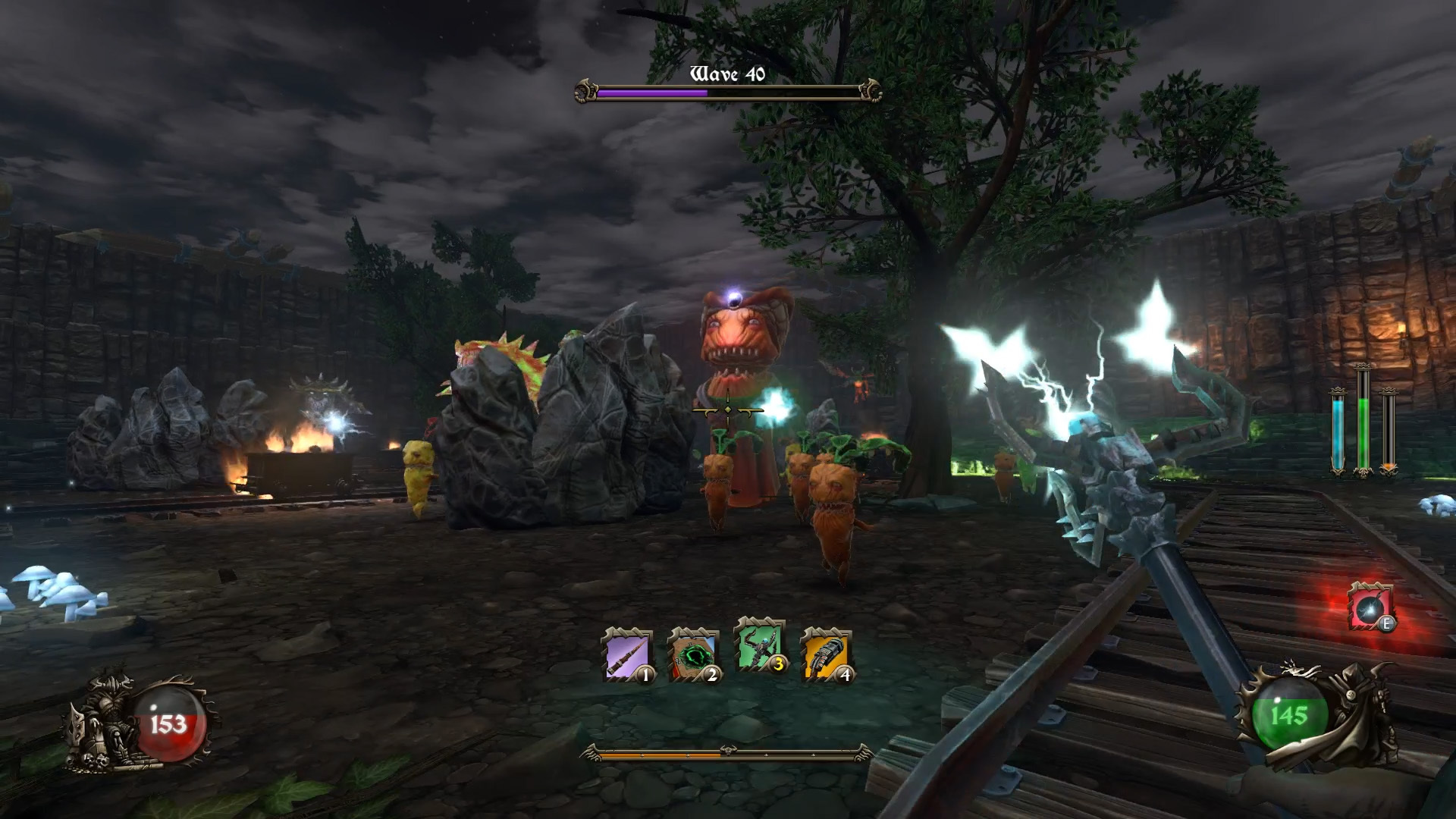 So if you are after a dungeon crawler (or more correctly here a Tower climber) and you get your kicks from Serious Sam style play… then prepare to test your mettle as a Wizard to be, enter the Ziggurat and show them whose boss. If you are like me and find perma-death more a nuisance than a challenge then perhaps steer clear.