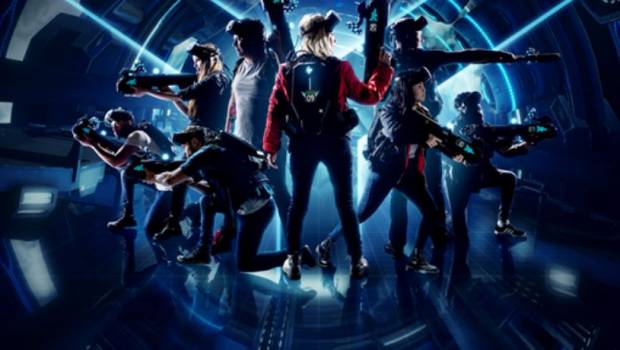 The fastest growing free-roam Virtual Reality experience allows players to explore digital worlds with up to seven friends in VR without being restricted by any wires.

What to expect – Zero Latency VR

“We’re excited for Sydney-siders to experience Zero Latency VR because we believe it is the ultimate realisation of what VR is capable of,” said Zero Latency VR CEO Tim Ruse. “The new Sydney venue at 219 O’Riordan Street, Mascot will feature a 200 square metre VR arena for up to eight players to enjoy an immersive VR experience where they can freely move and explore a large virtual space as they would in the real world.”

The Zero Latency VR experience requires players to wear a VR headset, strap into a backpack, and use a controller to interact with the virtual world they’ve chosen by physically moving around the play space and communicating with their friends via built-in microphones and speakers.

Additional hygiene measures have been introduced for visitors, including controlled group numbers (a maximum of eight per session) and vigorous sanitisation and disinfection of VR headsets, backpacks, earphones, microphones and controllers before each session.

“Zero Latency VR’s safety and hygiene standards were already high before COVID-19, but we’ve taken extra steps in all our venues to ensure visitors will have an enjoyable, safe experience when they visit,” said Ruse. “We’ve also adjusted the safety alarms in our games to keep players 1.5 metres apart throughout their experience, and our Game Masters have completed additional training in hygiene practices including temperature checks, sanitation processes, and using personal protective equipment.”

Visitors can expect a wide range of experiences at the new Sydney venue, from surviving a zombie apocalypse, escaping a stranded space station or heading into the world of Far Cry 3 (coming 2021). Children and adults will find a game perfect for them at Zero Latency VR these holidays, including: