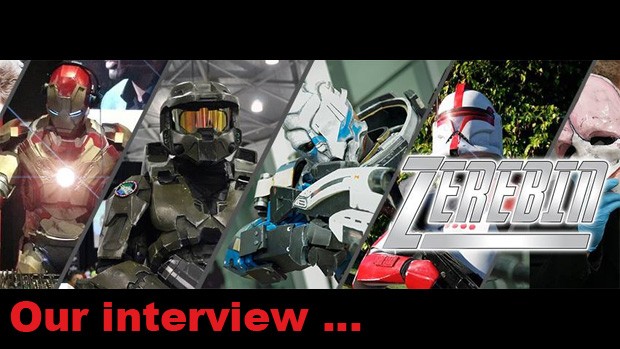 Welcome to Impulse Gamer! So tell us Luke  (aka Zerebin), how did you become involved in Cosplay?

It was back in 2006 when I had a friend come up from Sydney to stay with me for Brisbane Supanova. I had attended the event in the past, however I never really paid attention to cosplay back then as I went for some of the other gaming activities which I was into back then. My friend suggested I should cosplay, because I looked somewhat similar to a character which we both were familiar with, so lucky for me, I had practically all the parts to make it in regular clothes, and built the props the morning of the event. Turned up, got convinced to enter the cosplay comp and here I am today. 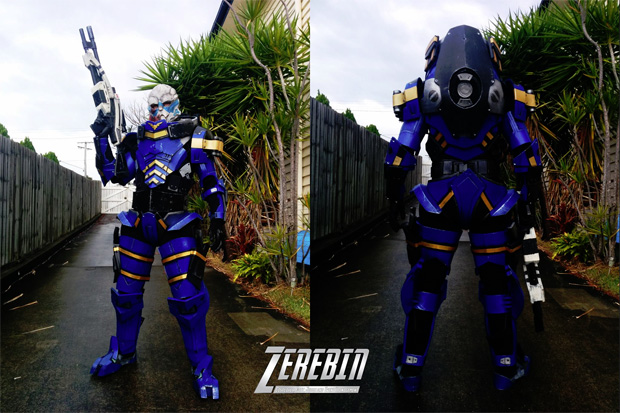 In relation to designing a costume, what are some of the challenges that you face?

For me, technical design and the engineering is the challenge, but it’s one I really enjoy. I love to use materials for alternate uses and think well outside the box in regards to the design, use and application of a large variety of materials. The digital age allows me to draft concepts up in the computer and then translate them into real objects, including sometimes 3D printing and CNC milling of parts. What most cosplayers find daunting, I actually enjoy and am often helping many other cosplays with conceptualizing how to put something together, and in some cases, even in helping them learn a material to make their costume, while they help and teach me something I am not as skilled in. 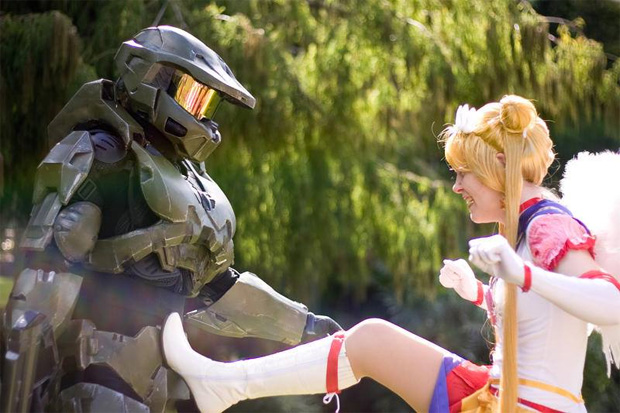 The rewards for cosplay are varied and unique to the things one does. As a part of the 501st Legion Redback Garrison, I attend events and raise money for several charities, most often the Starlight Foundation. I have attended numerous special parties for children over the years to add something extra. From Movie Premieres, Midnight Launches or other Special Events they are only as rewarding as the amount of fun one has doing them. Probably one of the most unique experiences as a cosplayer, is to be a Judge at a cosplay competition. I have judged more events that I can count now, including the World Cosplay Summit Australian Round, and several conventions around the country. Watching cosplayers evolve in their talents from year to year is a spectacular sign of talent we have in this country when it comes to cosplay.

The US has a huge cosplay scene, how do you think it is progressing in Australia?

My personal opinion is that the US has its Cosplay Scene, and Australia has its own. Why focus on the other side of the world, when you in some cases, even more talented people here. As I touched on previously, I have had the unique chance of watching cosplayers from year to year improve skills and learn new techniques. I am friends with several US cosplayers and I love to see what goes on around the world, not just in the US. Australia has some amazing talent and as a community, we can only improve.

What’s your favourite character that you have cosplayed so far?

The standout favourite for me is Garrus Vakarian’s Mass Effect 3 Loyalty outfit. I made the Mass Effect 2 Costumes several years ago for a large cosplay competition which our Mass Effect Group won. The entire costume was enjoyable to create, as it was very technical in the shape of the panels and the way the entire costume was to fit me, and somehow make me look less human.  I will no doubt wear it again, as it’s only been worn at OzComicCon Brisbane in 2015 where it took out Best Cosplay on Saturday, in my team up with ThorolyGood Cosplay as Wrex. 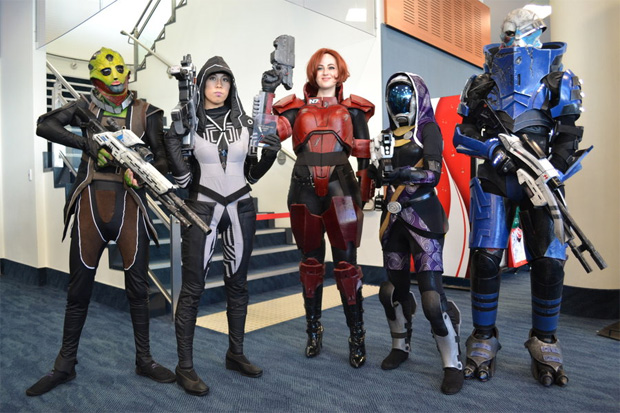 Can you give us any scoops as to what 2016 may hold for you in cosplay?

Well, 2016 will be a quieter year for me cosplay wise. Nothing super large will be made at this stage, but who knows, inspiration can strike at any time. Right now, I’m working on the new 12th Doctor Sonic Screwdriver which has been 3d printed, and in collaboration with my father, designing the electronics to fit inside it to give the proper lighting effects to match the show. For the 501st legion I am endeavouring down the dark path of Kylo Ren which will be completed for the Stormtrooper invasion of Dreamworld on the 15th and 16th of May. I have to do a full fight scene in the costume against a group of Jedi, and practice for this has already begun. I’m also still on hosting duties for a new cosplay YouTube series “Get in Character” as we develop of the series from episode to episode and take the idea of a community YouTube show about cosplay and make it successful. I have a custom armour project I am really keen to begin at some stage down the road as well. Outside of that, finishing off some smaller projects for myself and other people. 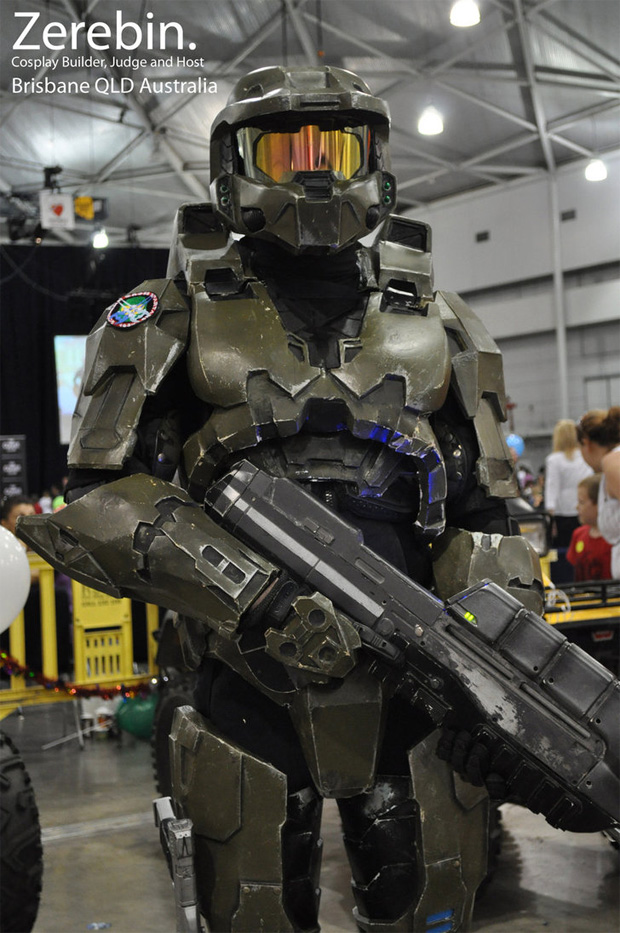 Besides cosplay, what are some of your other hobbies?

Well, Video Games do take up some of my free time, however I have several hobbies to keep my mind and body active. I am very passionate about weapon based martial arts, most commonly the long sword and daggers. I have a very extensive model railway collection which often does combine skills from cosplay and vice versa. I enjoy some trading card games from time to time, pending other commitments, but it’s nice to step away from the computer or cosplay work station and do something different. 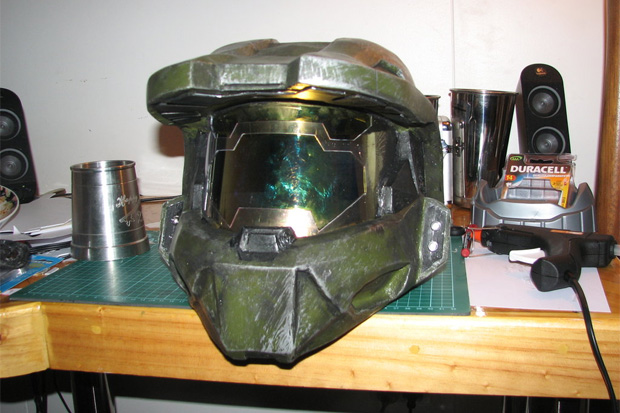 Who are some of the Australian cosplayers or US that you admire?

In Australia, there are more names than I can fit on this list. So many super talented people around this country to name…. But I’ll go with the standouts for Australia… CB Studios Cosplay: My Co-Host and one of my longest cosplay friends who has been doing some amazing work for years, even representing Australia, judging cosplay in London a few years back. Major Sam Cosplay: I met her when she was dressed as a little known Star Wars video game villain nearly 5 years ago, Now she is taking on the world stage for her stupidly insane skills at making things do the things…. Aurelius’s Armoury: Her varied skill set, plays perfectly into her passions for Armour, details and unique costumes that people need to see. Her Warhammer 40k Costumes are amazing. 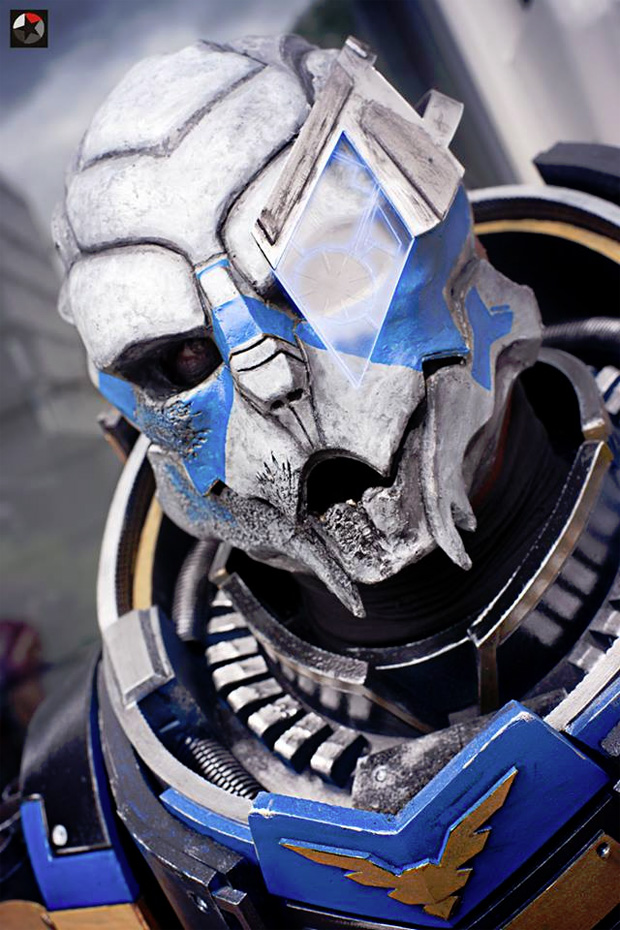 If you have unlimited budget, what cosplay would you design?

As a huge Marvel fan, I’m always interested in doing an Iron Man suit. I have started but never finished one properly and it has always bugged me (as well as other bugging me to finish it). The problem, is there is so much variety in the suits now, picking one would be the challenge. The materials alone would cost a large sum, let alone all the electronics to make the suit work the way I want. Magnetic switches in the fingers, controlling Arduino driven servos, lights and sounds. It’s definitely something I want to do one day, but that all comes down to funds, time and a willingness to actually do it. 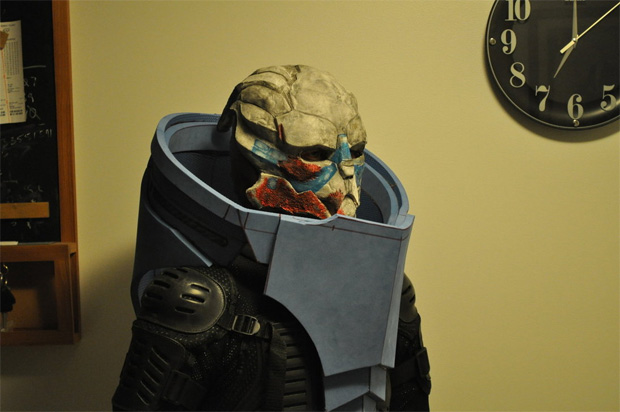 Who’s your bitter your enemy?

Well, as it stands, Sewing and I are not best of friends. I actually decided I wanted to learn to sew to help in making costumes, so I unpacked my parent’s sewing machine, set it up on the table, and then I turned it on, and it catches fire. Food pedal smoking like crazy with a loud bang, and then more smoke. From then on, Sewing and I have been bitter enemies.

Lastly, if someone wants to become a cosplayer, what advice would you give them?

From years of watching cosplayers come and go at events, performing repairs and judging cosplay comps I have a short list of things I have seen go wrong…

1. Don’t Rush: Paint and Glues take time, weather makes it worse.
2. Malfunctions Happen: Be prepared for them.
3. Ordering Online: It’s a risk, sometimes things are perfect, others far FAR from it.
4. Costume Comfort: It rarely exists, so embrace the pain for your art!
5. Large/Bulky Costumes : Crowds are not a good thing.
6. Challenge Yourself! : When your confidence builds, try something new. 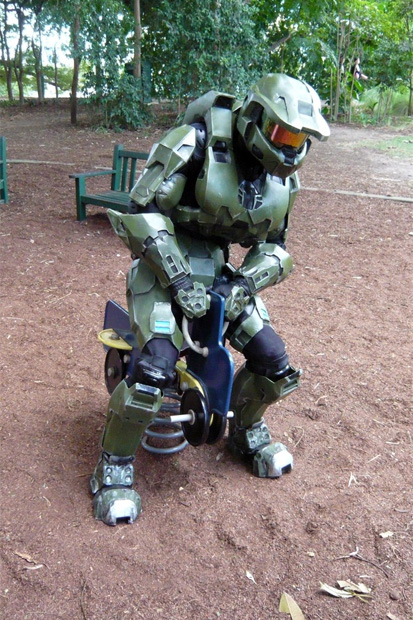 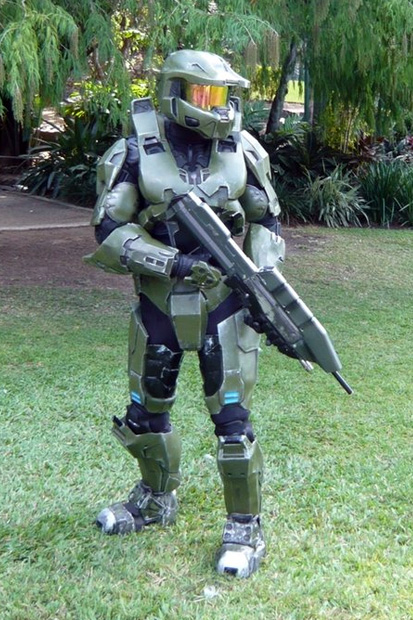