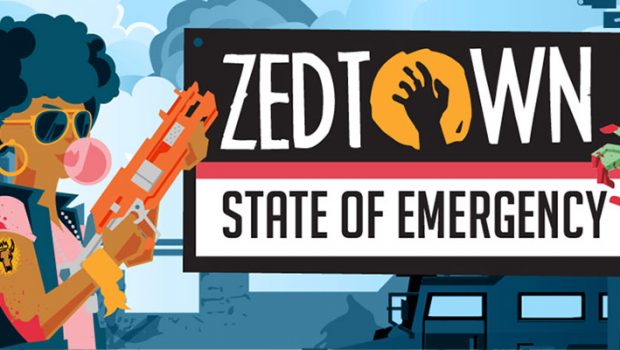 Most of us have wondered how we would do in an apocalyptic situation, who we would take with us when the zombies finally rise up against us and how long we would really last when we have to run for our lives. Well thanks to Zedtown now you don’t just have to wonder from the comfort of your couch. Now you can live out your Walking Dead fantasies and find out how you really stack up against the undead.

In a nutshell Zedtown State of Emergency is a nerf war simulating humans escaping a zombie infested city where you are trying to avoid being infected with the zombie virus, but to describe it just as that is criminally negligent. It’s an super immersive experience where you can be your post apocalyptic fantasy self just as long as you are prepared to run for your life and kill to protect yourself and your friends.

How does it work?

So you turn up to the ‘evacuation zone’ with your supplies and weapons (any kind of unmodified Nerf weaponry), there is no limit to the number of guns or darts you can have but don’t think that the more you have the better or the bigger the better.  Remember you have to carry these things and you will have to run. I took a sniper rifle and while this looked cool and intimidating it was awkward to carry and did not kill nearly as many zombies as my compact handgun. Marshals will check every nerf gun for mods so play fair and bring unmodified weapons! There are a few places to buy drinks and snacks but the game will not stop for this happen so bring drinks and something to eat on the go. You will see professional survivors run past you with camelbacks on and pockets full of snack bars.

When you bought a ticket you will have chosen one of three factions, this will play an important influence on your in game actions as these three factions are pitted against each other for a large part of the game. Upon entrance to the evacuation zone you will receive a unique dog tag and armband/headband of your faction colour, put your factions colours somewhere visible so your team can back you up. You can ever wear an outfit displaying these colours and there plenty of veterans displaying faction emblems on their outfits. You will need to register your dog tag on the Zedtown app and you are now officially a survivor! Now load your gun and get ready to run.

The app plays a huge part in the game and will show a constant counter of how many zombies there are vs survivors, what mission you might need to do, the state of the evacuation and has the radio channel which will give you updates on the evacuation status and intel on items you might need for a mission you are on. It’s easy to forget about this but keep checking it for updates or assign someone on your team to monitor it.

Each faction will have a different idea of how to go about facing survival and so the missions they will want you to do will vary, they can be as easy as collecting gas cans or as hard as capturing the leader of an enemy faction. You can be as involved with these as you like but the more invested you get in your team and faction the higher the stakes feel and it really gets your adrenaline flowing. I did a lot of missions for my faction resulting in a lot of rewards and this meant at times I worried for my life and the life of my team resulting in my screaming and running towards danger to help out my comrades, you get out what you put into Zedtown and if you put your ‘life’ on line for your group it’s likely someone will save you later on.

How do you die?

There are two ways to die in Zedtown, you can be shot by an enemy human or attacked by a zombie. If you are shot by an enemy faction you have to return to your faction home base to respawn then can return to the game. There are some missions in game that can result in getting item that can break these rules such as extra respawn points as well as mobile medics so risking your life can pay off sometimes!

If you get attacked by a zombie this will be the end of your game as a human, you will have to hand over your dog tags and report to the zombie spawn point to get a green armband and get some awesome gross zombie makeup applied to you by great Zedtown artists.

There is a cloak room at the zombie spawn point and you should put down as many bags as you can because now you will really need to run especially if you have been turned early on in the game. Once you are a zombie out in the world and you start attacking humans you collect dogtags from the people you tag, scan those on your app and they will be added to your kill count. You will see some pro zombies with tons of tags around their neck cataloging their kills.

At first when there are not many zombies the factions will still be fighting each other a zombies best weapon is surprise and speed cornering humans who are focused on fighting each other. Later on when most of the 1000 survivors have turned zombies don’t have to be as fast but work best in large coordinated groups.

Seeing these groups is terrifying especially when they are led by the Witch, a screeching zombie lady who can not be killed and your only choice is to run. She will frequently lead zombies on attacks on faction bases and you will quickly learn to just grab your teammates and run when you hear her screams.

With a lot of running and looking over your shoulder it’s easy for accidents to happen and they do but everyone at Zedtown is super helpful and nice so if you need help out of game all you need to do is ask a marshal who are dressed like Secret Service agents. We witnessed someone trip and get hurt running from the Witch, she then stopped the game to escort the person to the first aid tent which was cute and scary to watch.

Once you get to the last quarter of the game the zombie counter will be going up faster that you can’t keep track and you will be so deep in this game you won’t believe it’s not real. I was scared, sweating and jumping at everything. Our team were down to the last 120 survivors and at this point the factions had given up on fighting each other, then we got a message over the radio, the government organising the evacuation point has fallen and evac was happening now! Alarms started going off and everyone’s phones changed to EVACUATE!

This happened with about 40 min of game left to go and had an incredible effect on people. Some people freaked out and ran off into the night and others went into soldier mode and quickly organised a plan and formed up to try to get to the evacuation point.  After 3 and a bit hours of pretending you have been in peril and being drenched in adrenaline your body and mind really think that is what is happening and that is what is so great about Zedtown. Table top and PC RPGs are great because you can imagine whatever you like but once you add your body into to the equation doing the physical actions and actually having to react to perceived danger it elevates the game to this whole next level of immersion.

You will spend a lot of time at Zedtown running back and forward between a few places a lot and shooting, that is the main mechanic here but you don’t need to be super fit to do it and that shouldn’t stop you. Just like all types of fun people were playing, all types of shapes of people were playing and there was always someone around much faster than me and much slower than me.

What is great about this game is that there isn’t a ‘winner’ really so people are here for fun not really to win. If you can survive past evacuation time as a human you ‘win’ but they only person who got a prize at my game was best dressed and I have to really congratulate Zedtown for this because it really creates an environment where this game is about fun and not winning. This reduces the chances of people cheating and being aggressive.

This game is so much fun if you have a team of friend to play in and I think you will survive much longer and be successful in mission much easier if you have a good team however if you don’t have a group of friends that are keen don’t despair! I turned up on the day with no one to play with and the vibe was so great and everyone was so excited I got quite a few offers to join teams.

I would say that game has a similar immersion level to LARP but the great thing about Zedtown is that it’s accessible to ANYONE! You don’t need to make a character but you can if you want. The variety of people I saw playing in my game was astounding and fantastic. There were people dressed as pandas and pikachus, people wearing jogging outfits and hijabs, people in wheelchairs and overwatch costumes.

I loved Zedtown it was exciting, inclusive and really promoted friendly competition. It’s the most exciting nerve wracking thing I have ever played, where I don’t want to die and don’t want to let down my team. The organisers are fair, organised and have a very human face, they have put a lot of thought and heart into this game. I would totally recommend this and definitely try to make your friends come. Be prepared to run and be prepared to be freaked out. It’s basically real life Left for Dead! 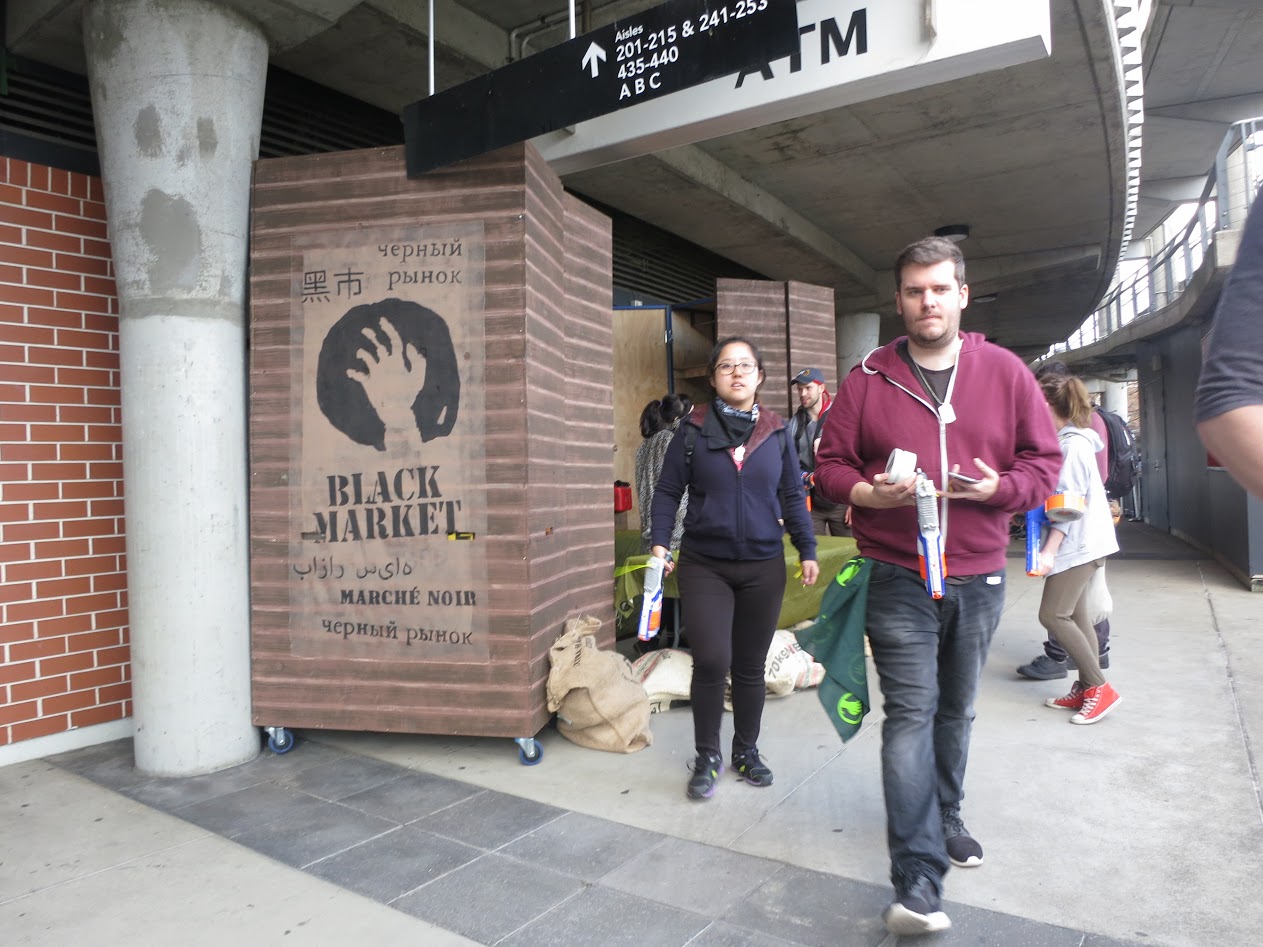 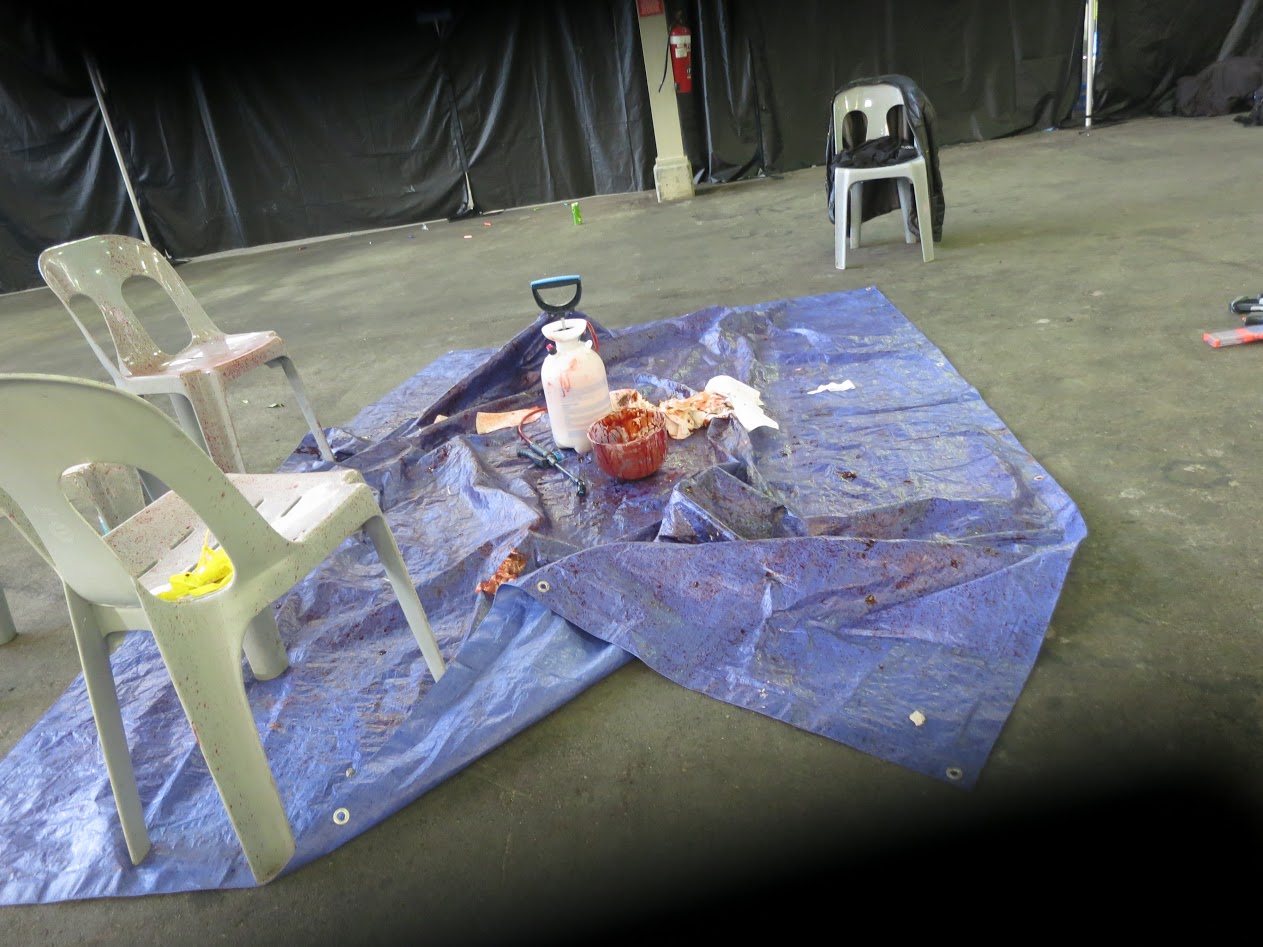 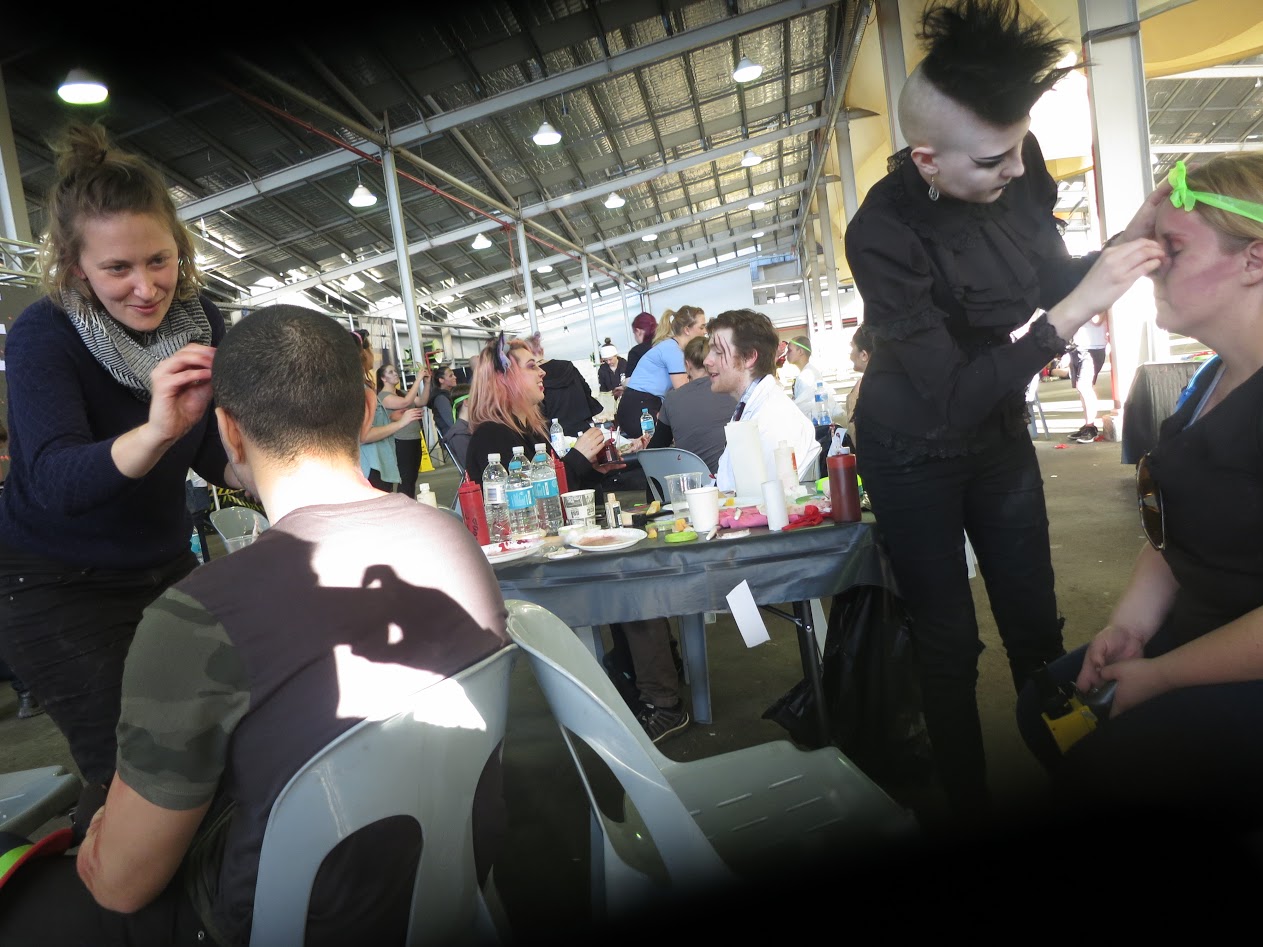 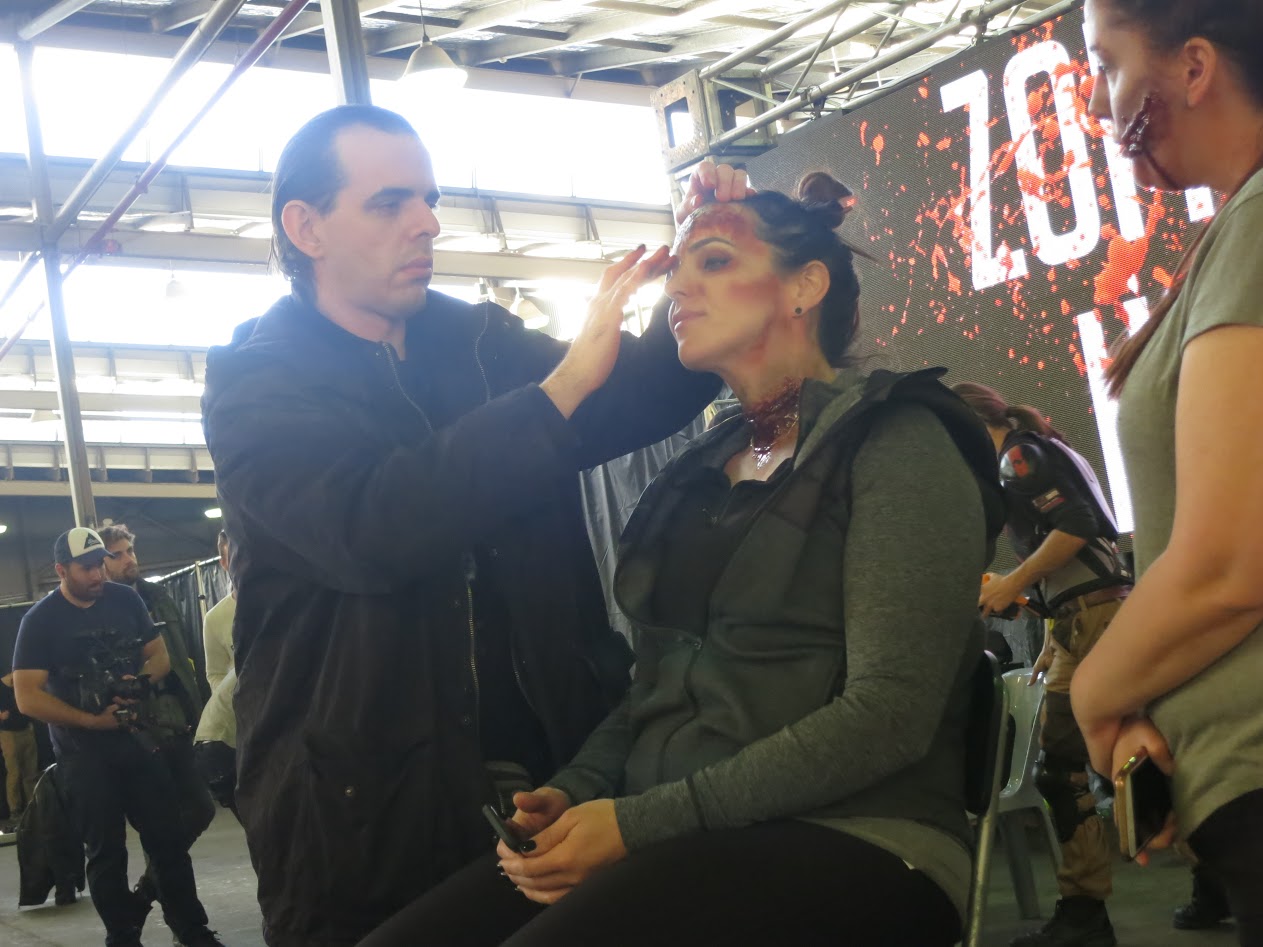 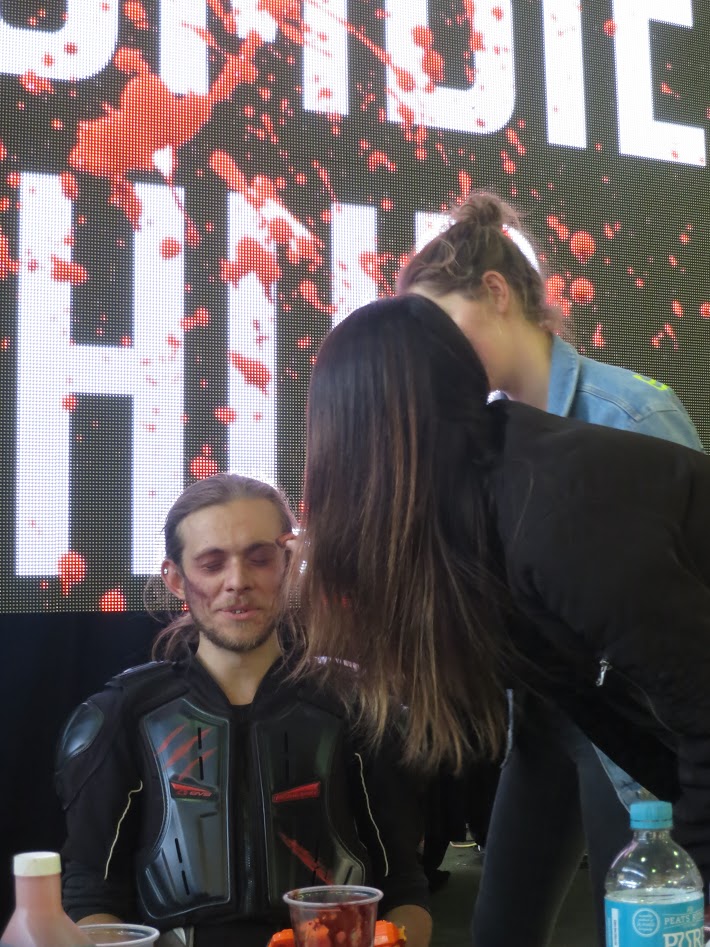 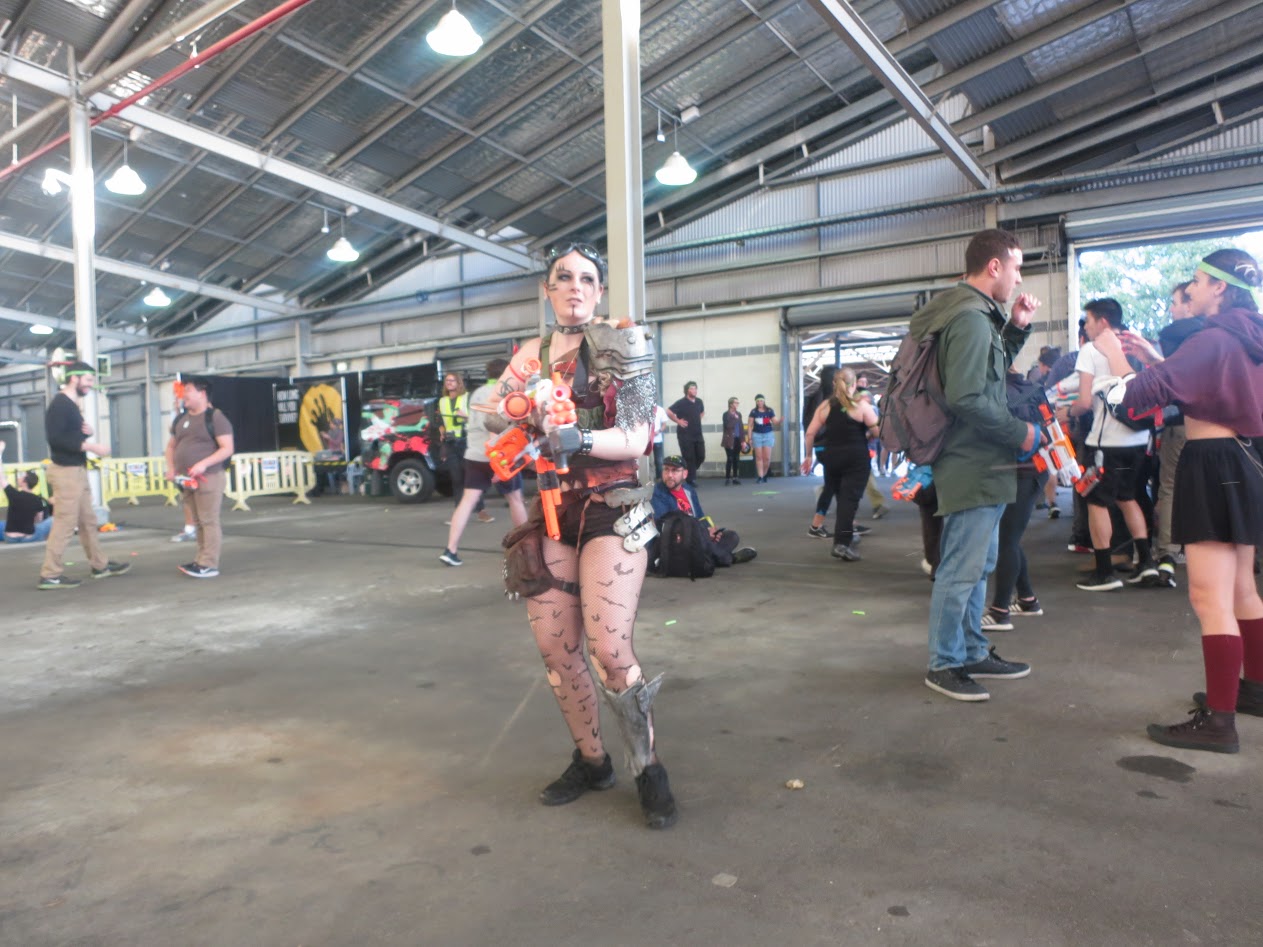 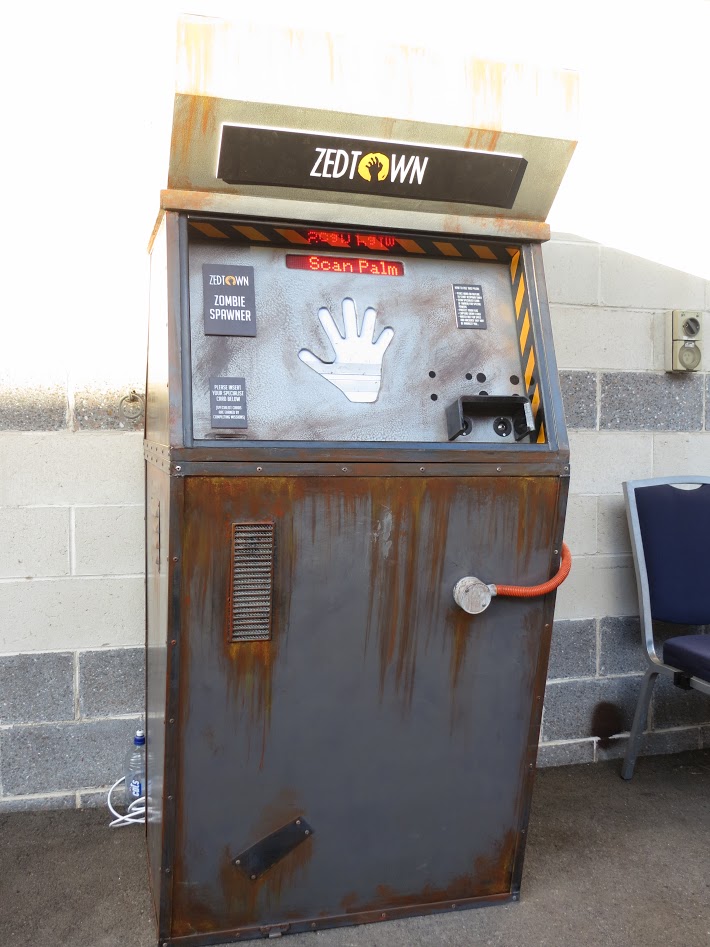 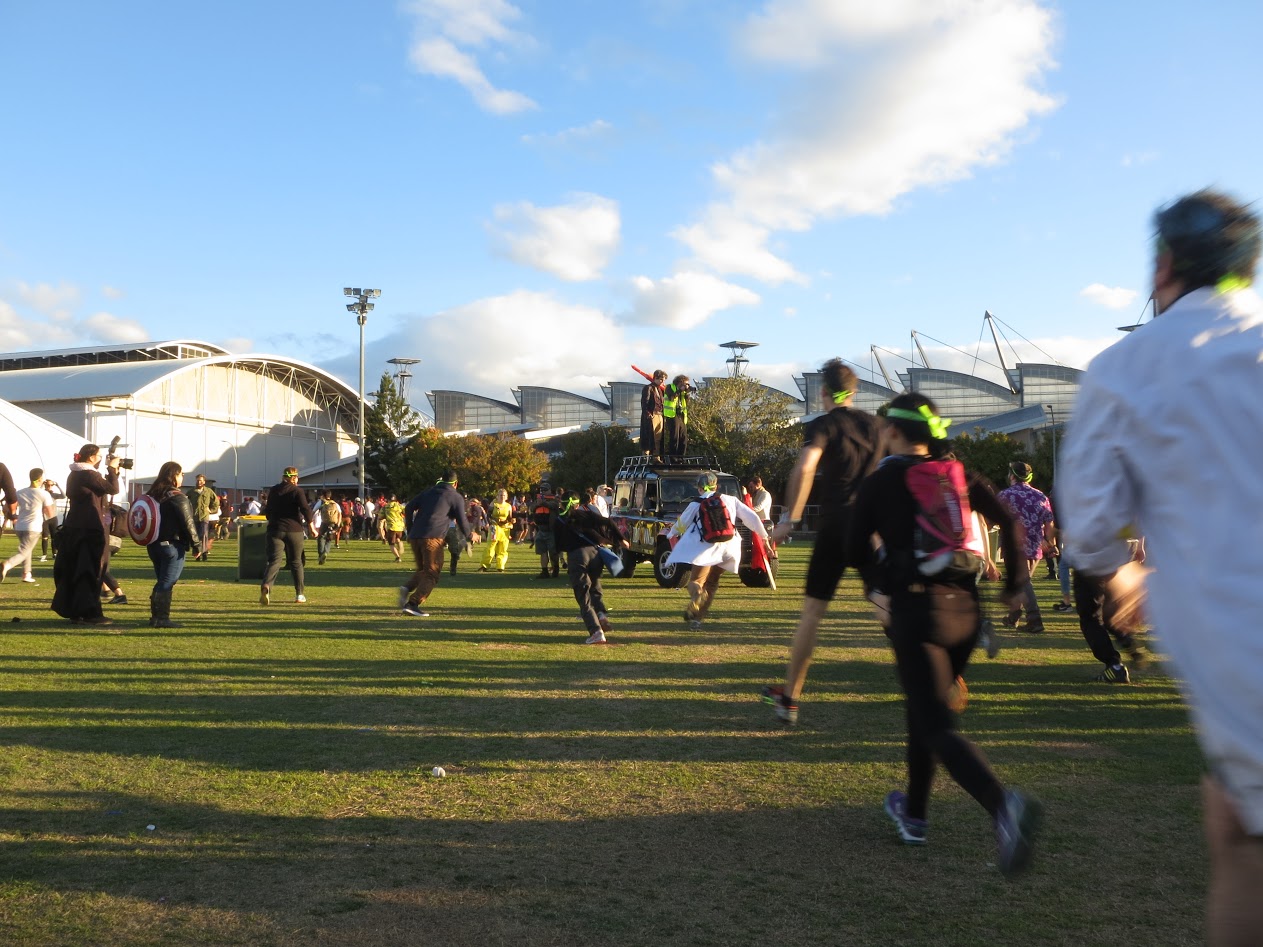 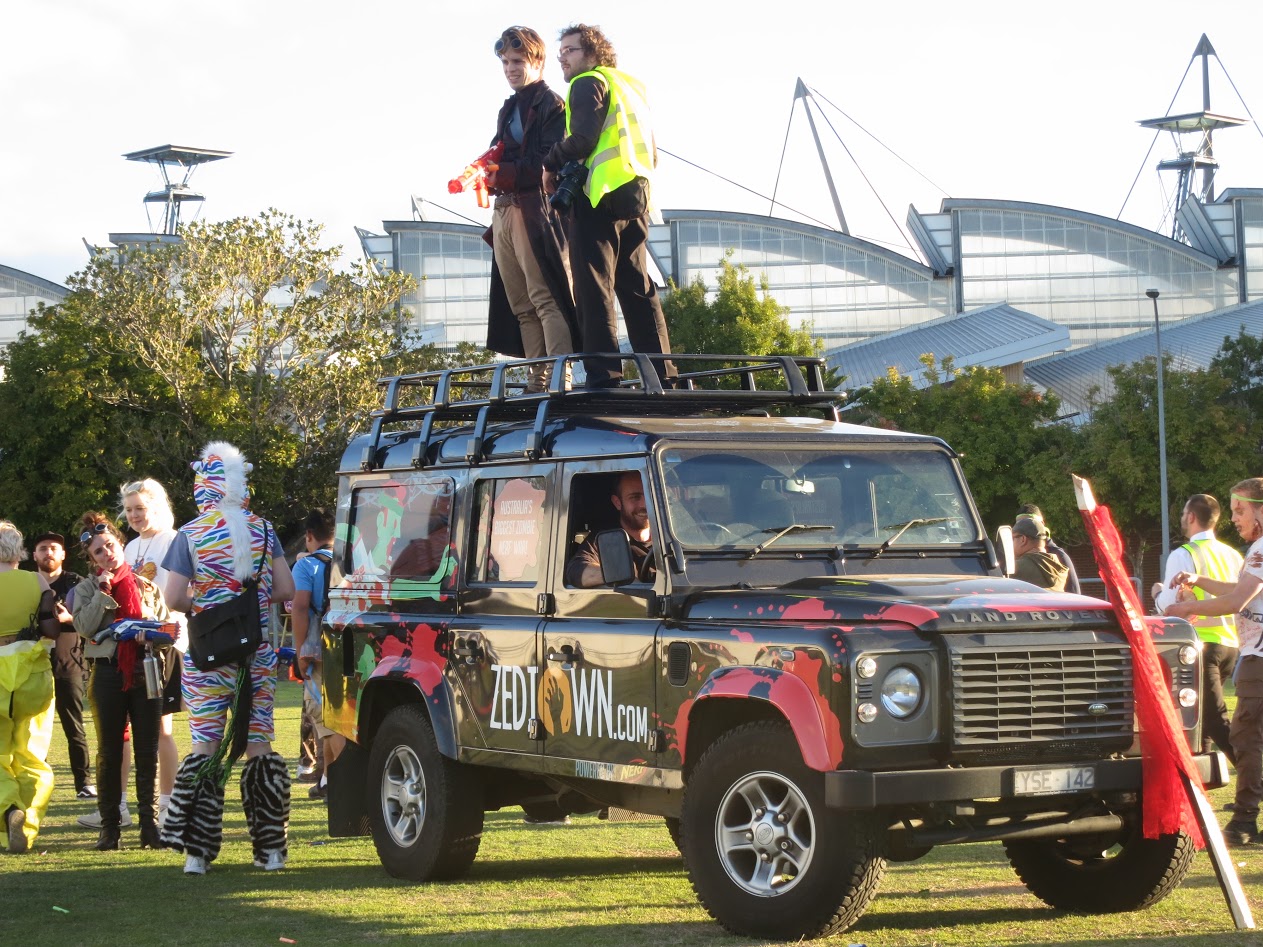 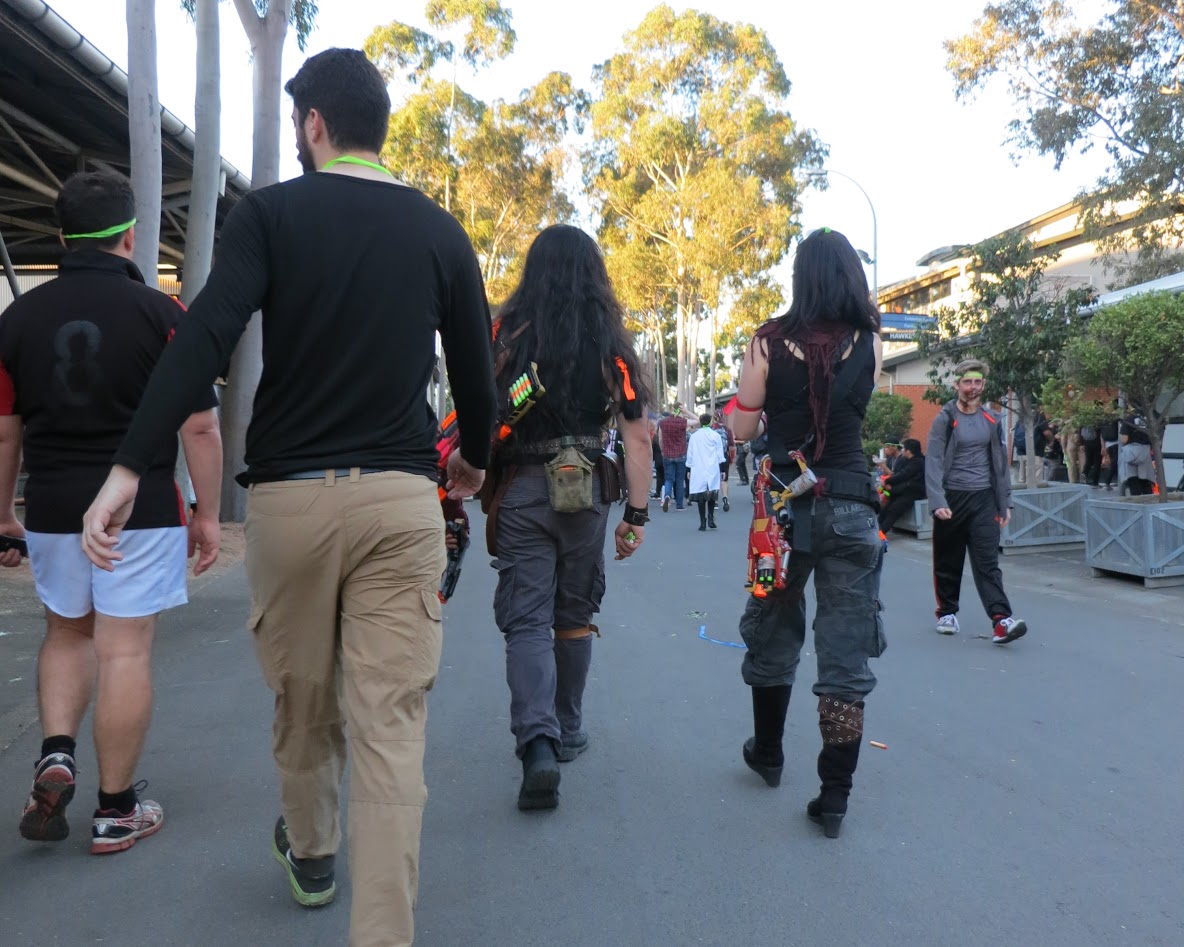 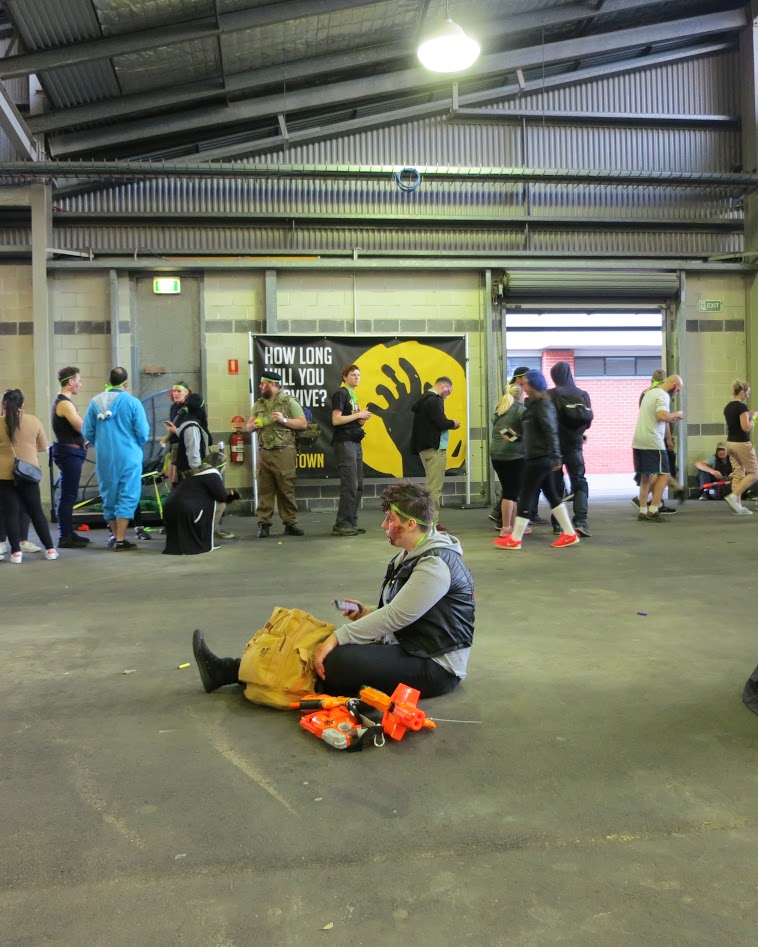 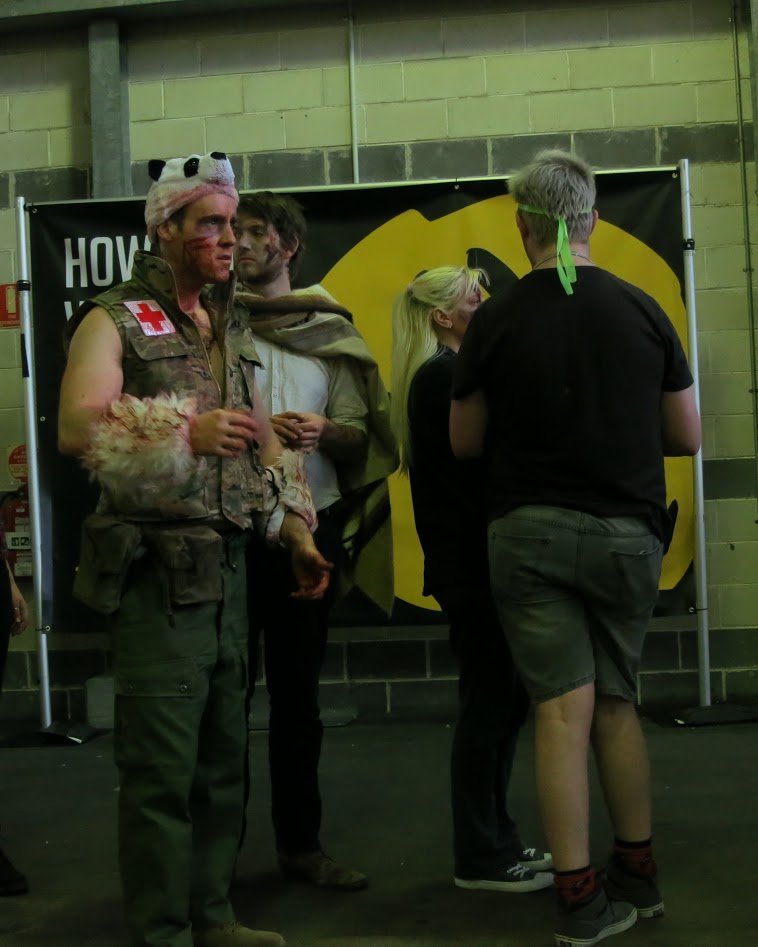 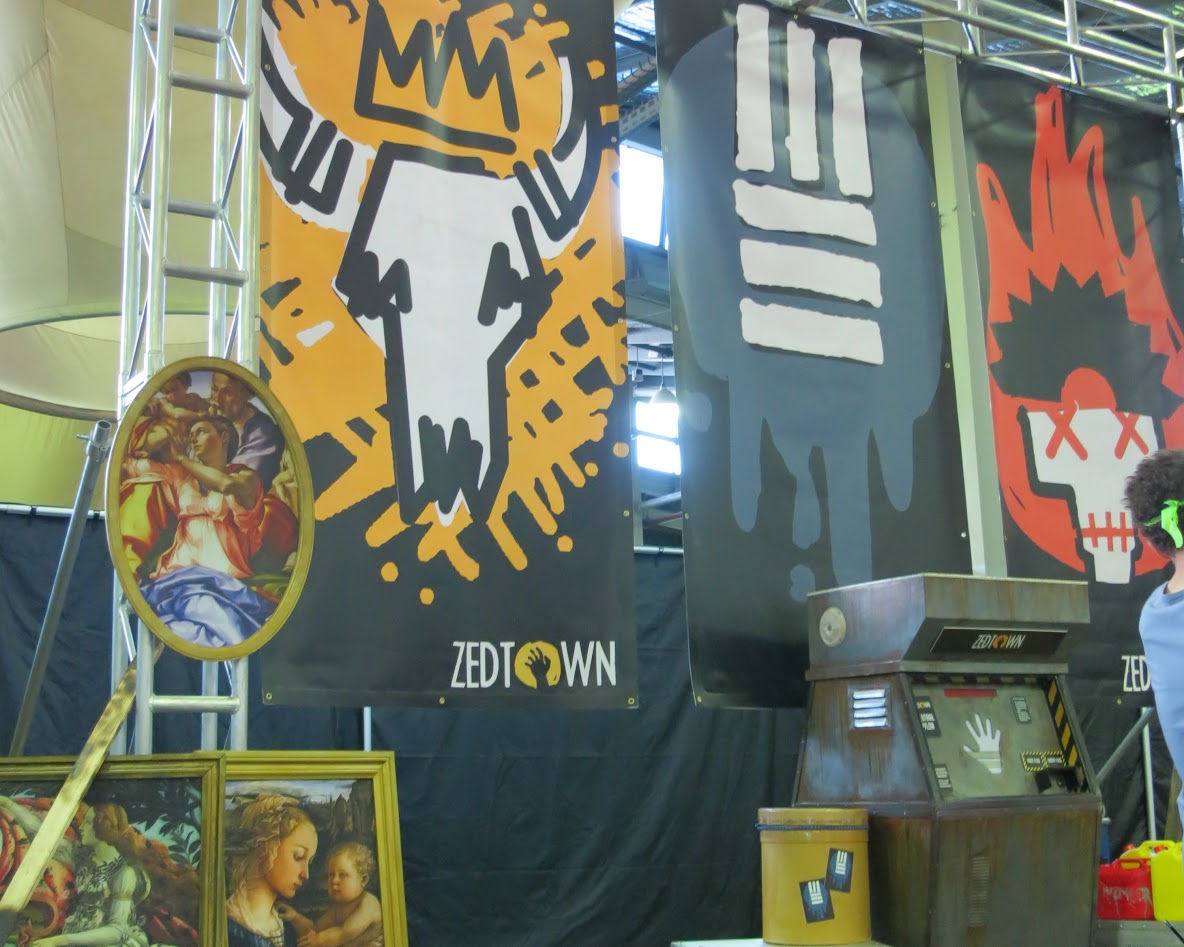 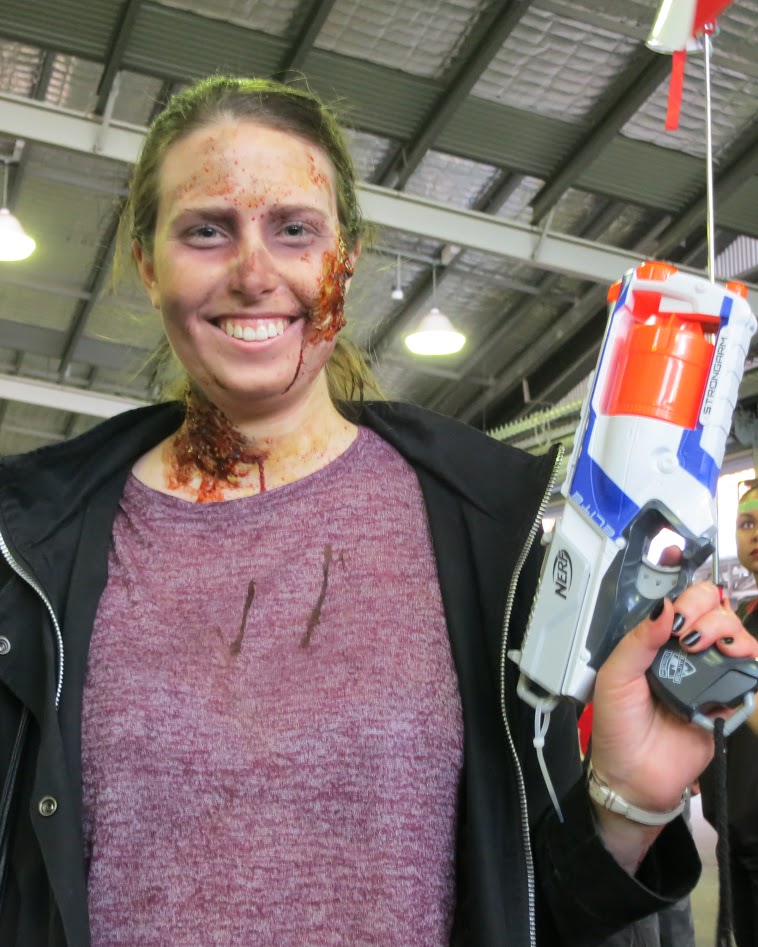 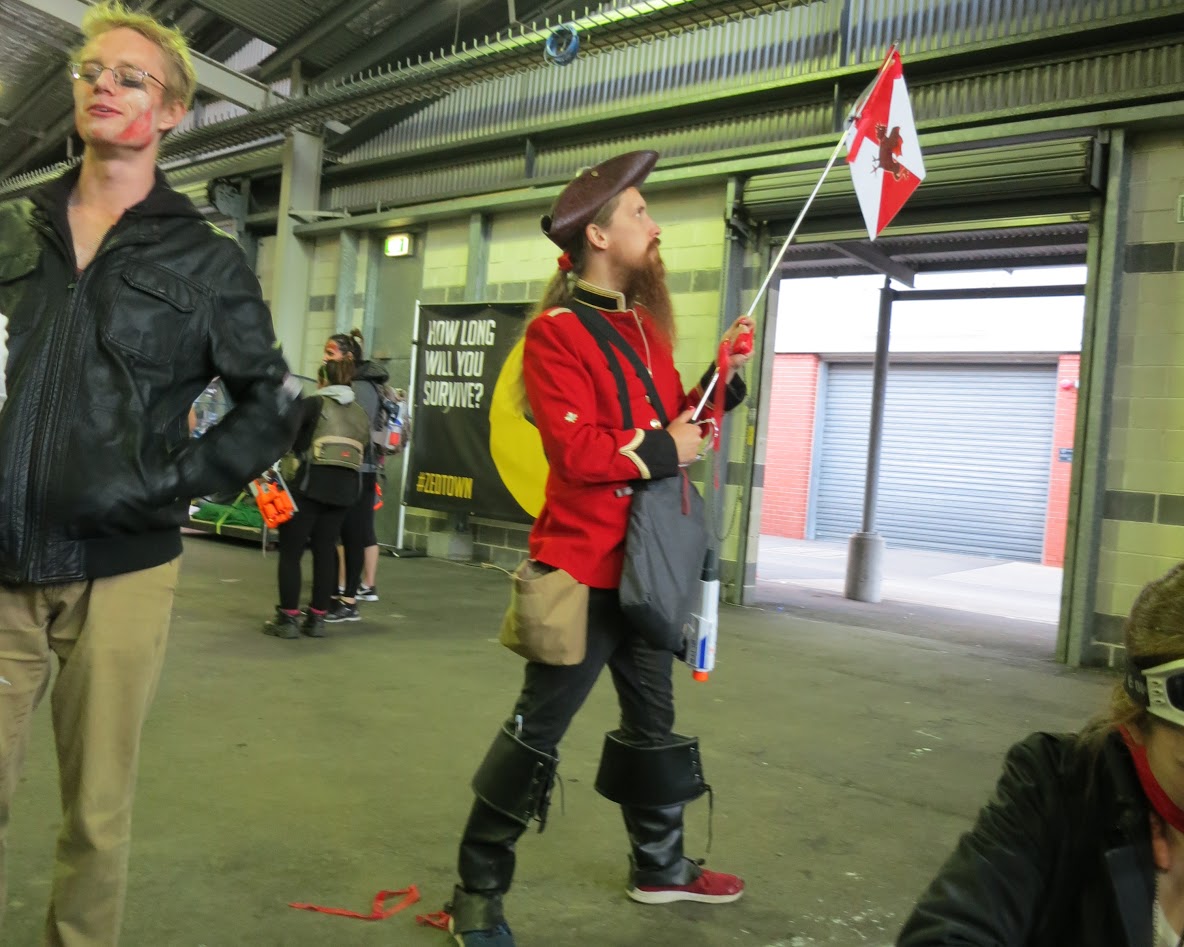 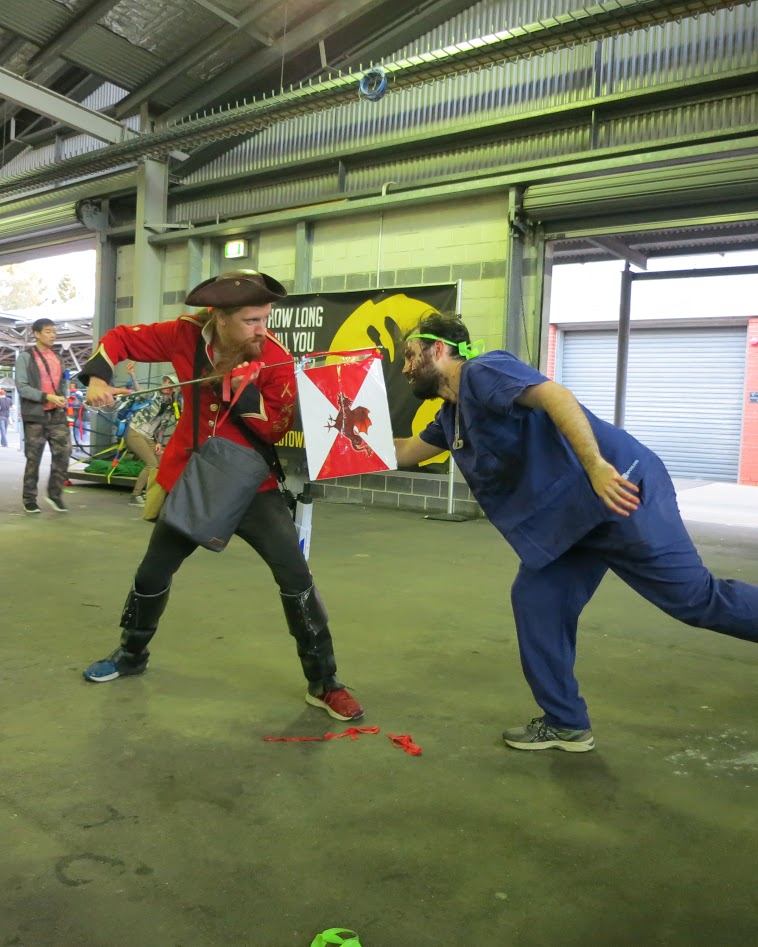 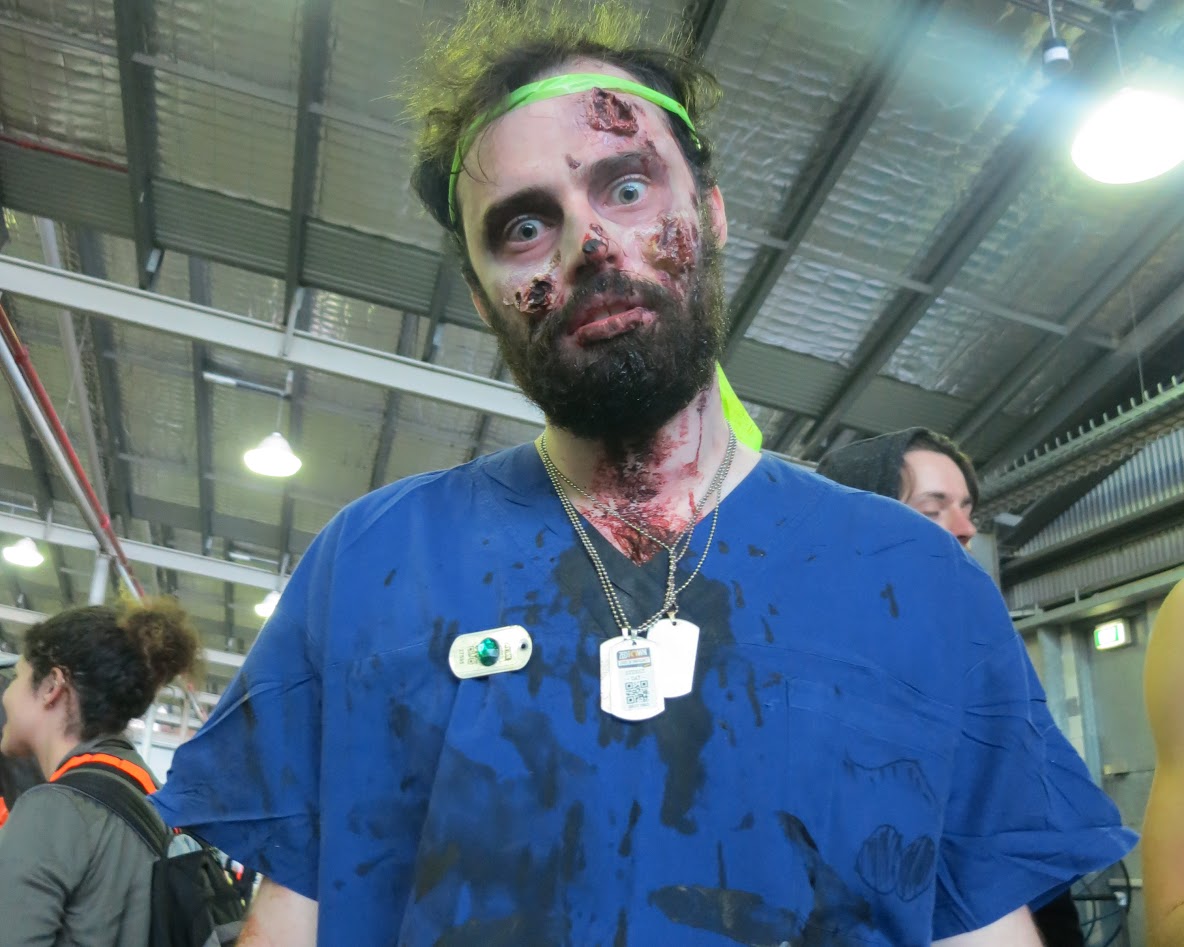 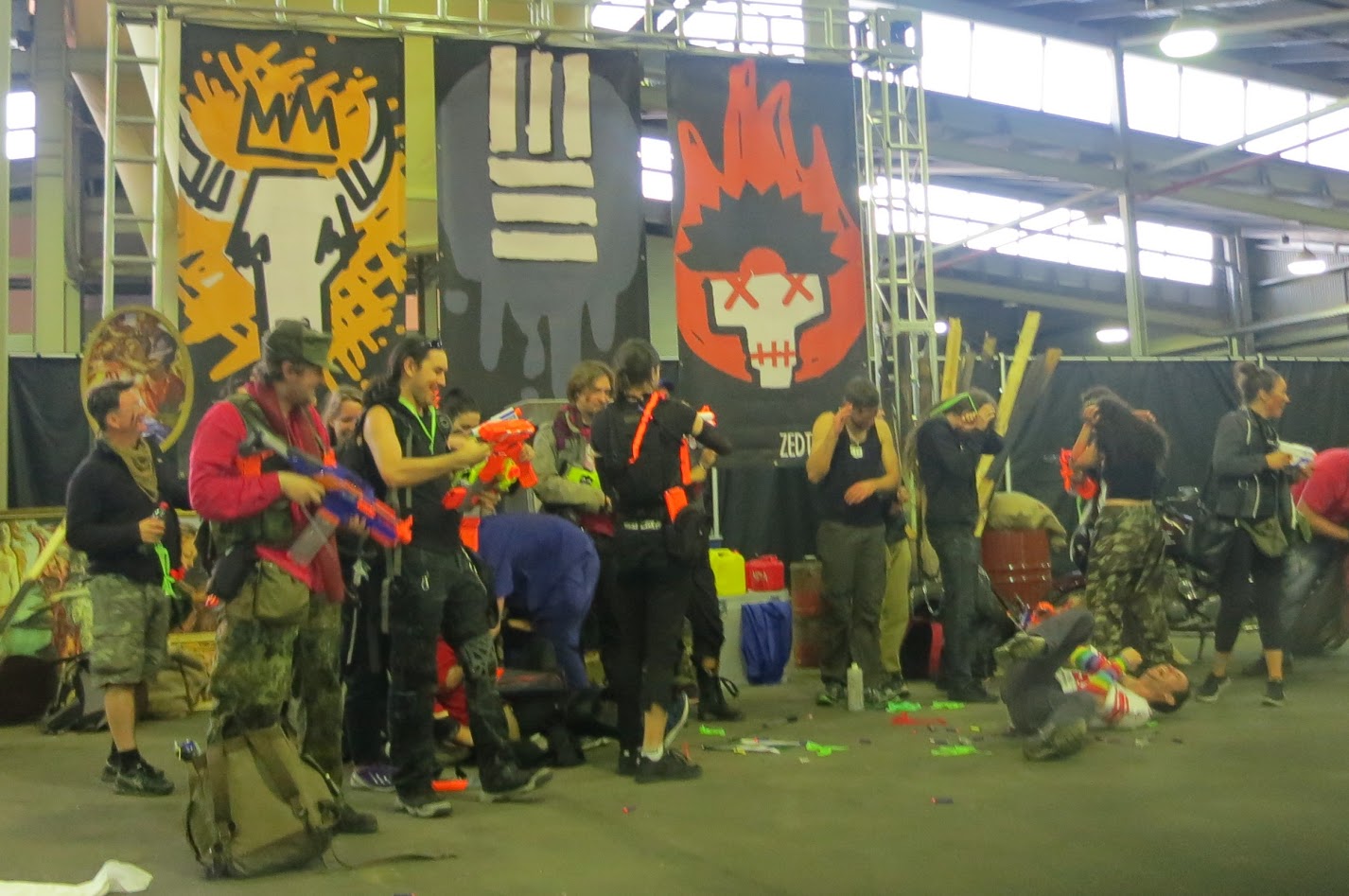 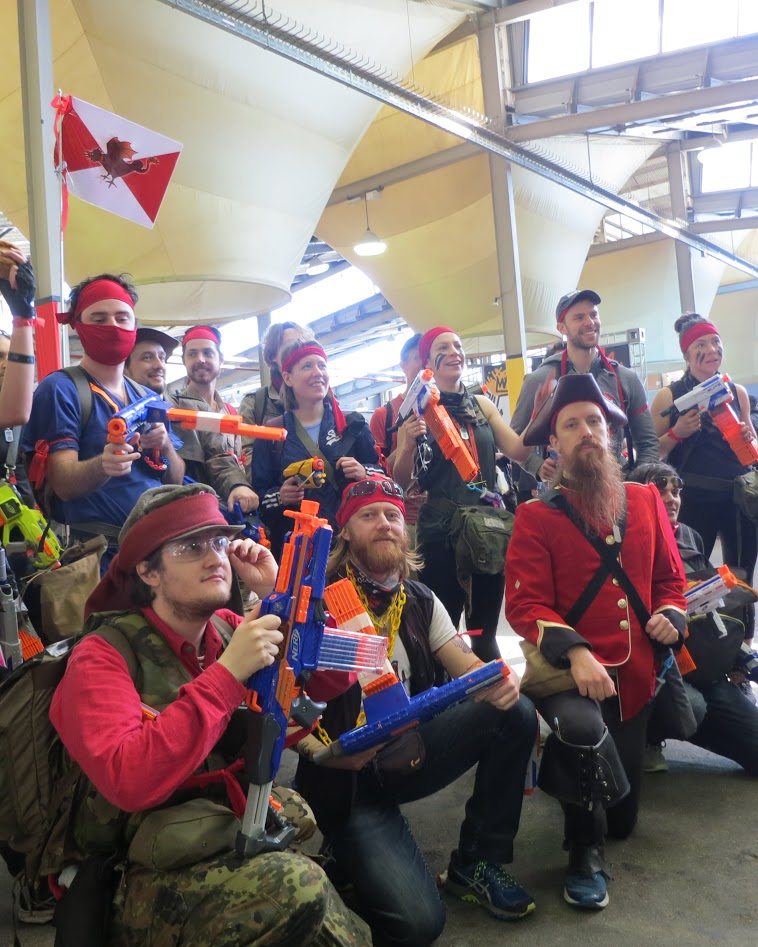 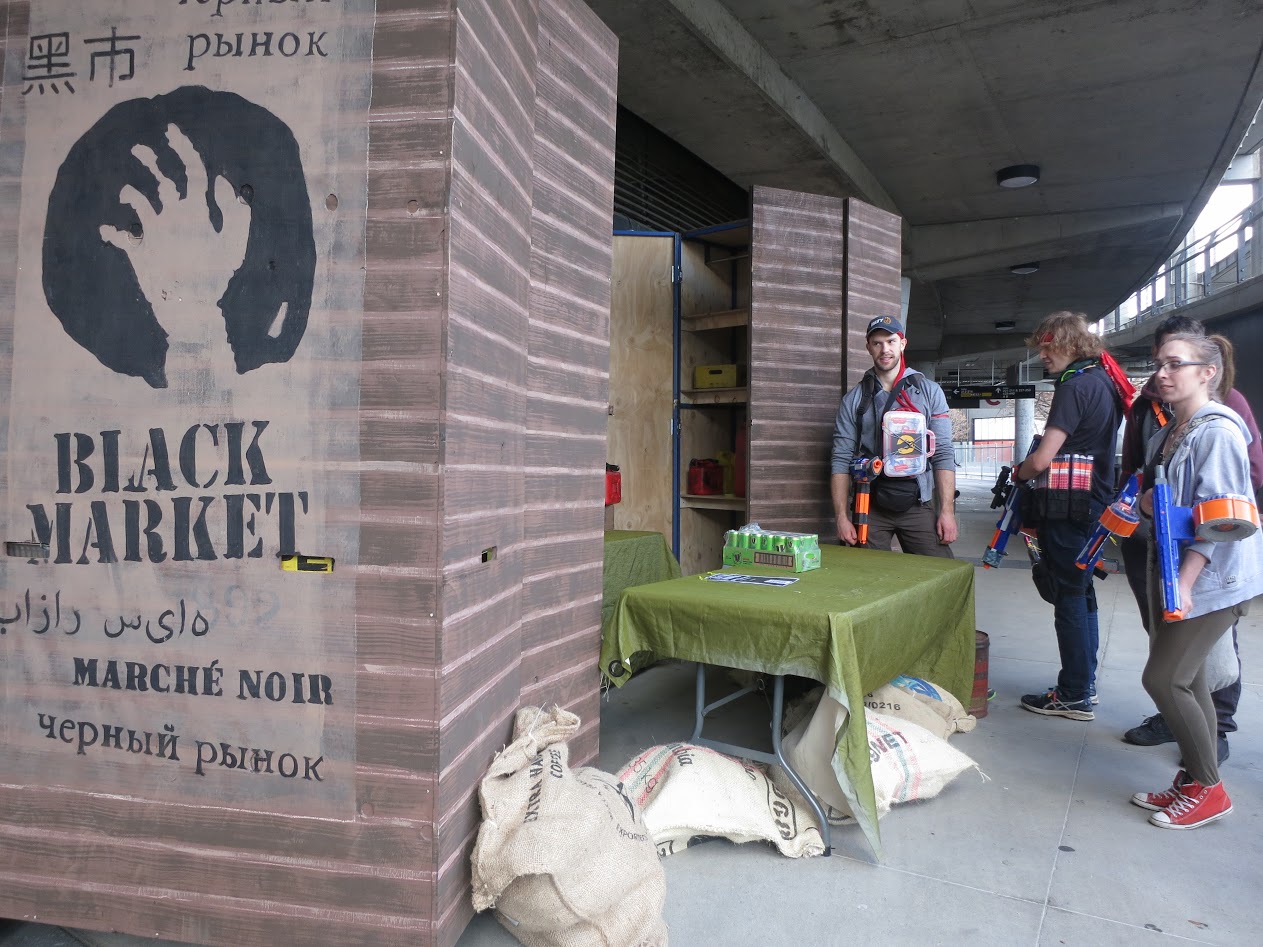 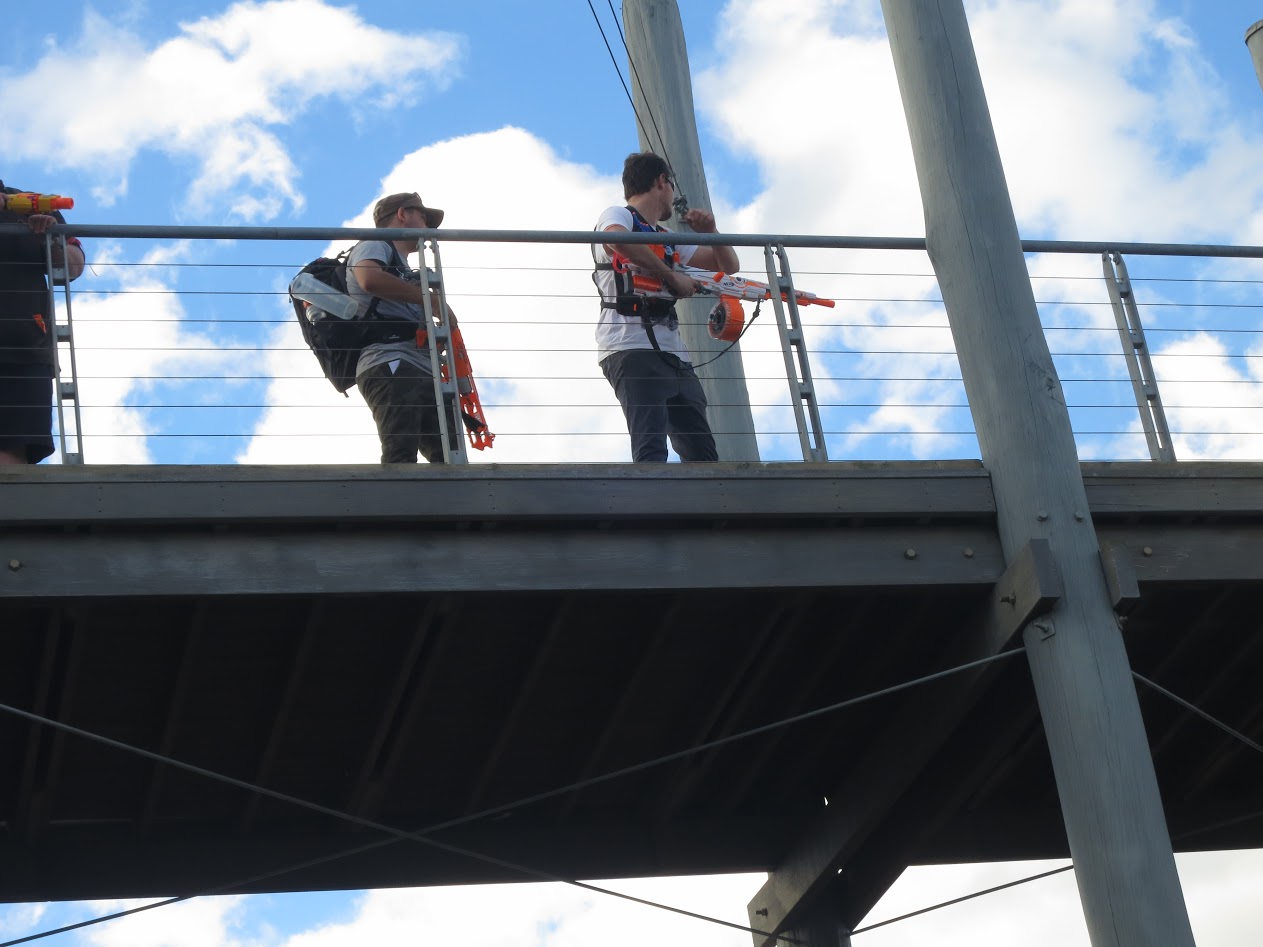 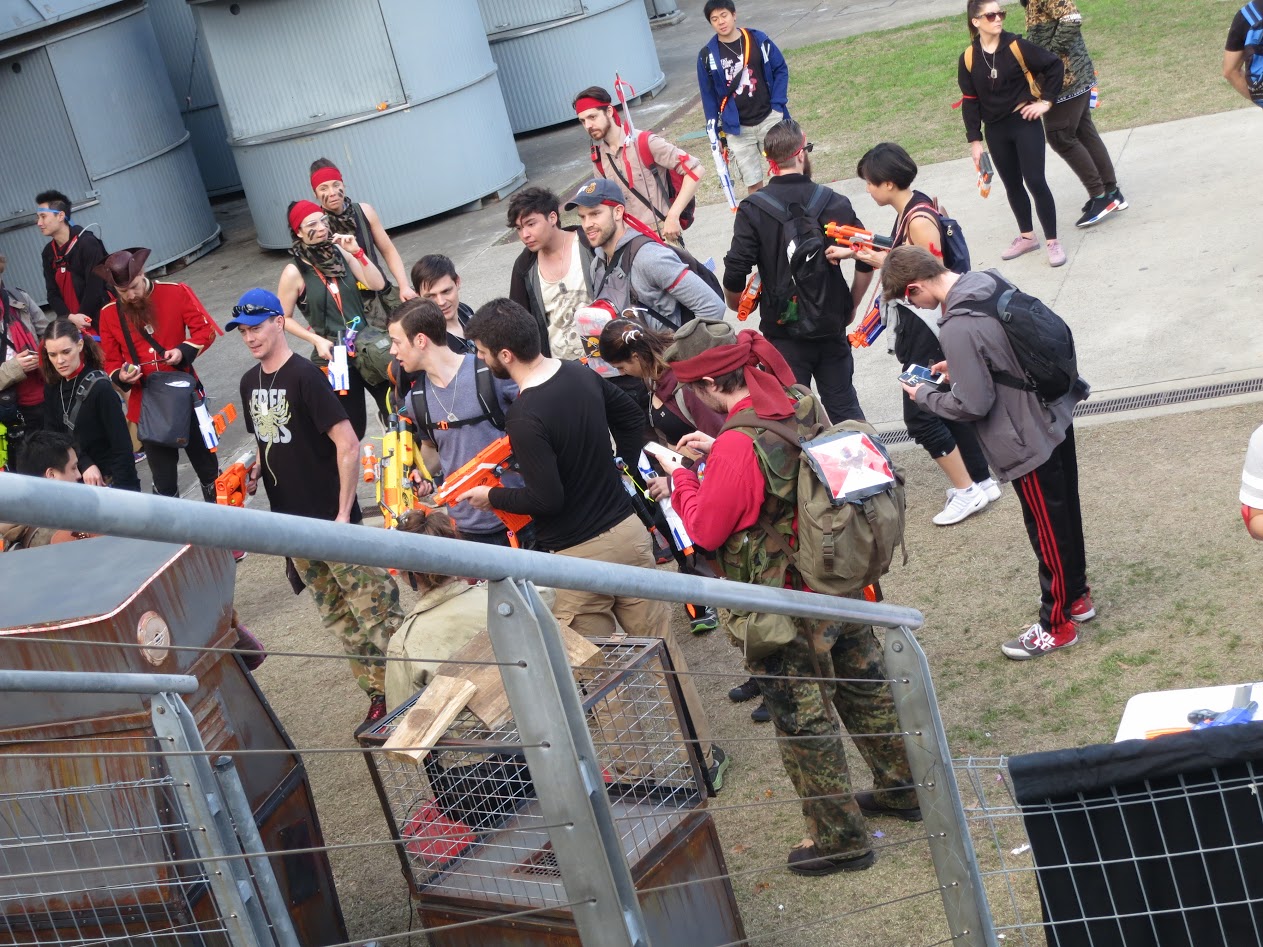