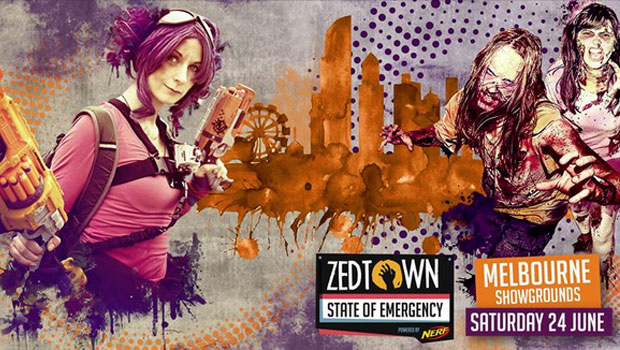 Summary: Zedtown: State of Emergency is an experience that must be experienced!

Australia has once again been invaded by zombies and this time the deadly pan epidemic has reached the Melbourne Showgrounds for two gruelling rounds of man (or woman) with NERF vs the undead. At its core, Zedtown: State of Emergency is a massive live-action game of tag which pits players against a hoard of very cool zombies and your mission is to survive this wickedly cool onslaught thanks to your NERF blaster. The organisers also recommend some supplies with two musts being a NERF, some running shoes plus a smartphone to get the most out of the experience. 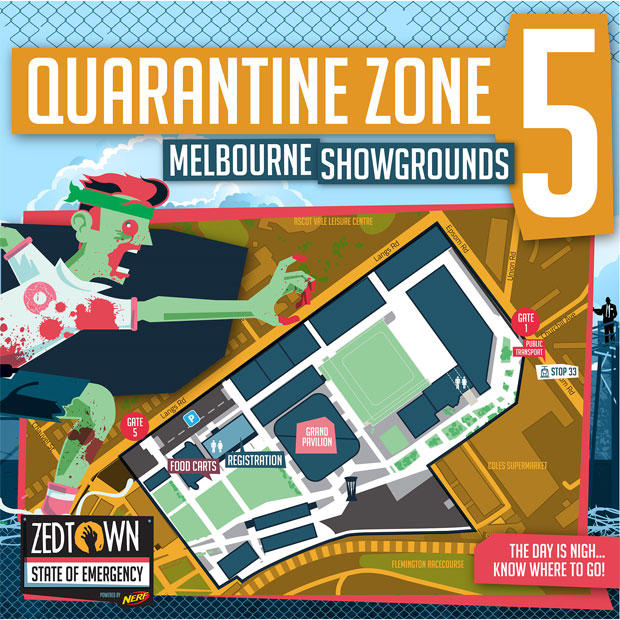 The story behind Zedtown: State of Emergency revolves around the ZTX virus which has decimated the nation and the government have enacted Agenda 12 which have given powers to the newly created Ministry for Disease Control (MDC). If you’re not a zombie, that means you are not part of the infected and your goal is to survive being ‘attacked’ by these zombies. However Zedtown is quite an immersive encounter as there are clues, ammo, support and even an app available to make your time even more realistic. There are even characters who are part of the game to give some additional cred to this already awesome game of real-life tag. It’s a true interactive story!

Although you might think you’re Rick Grimes or Daryl Dixon from The Walking Dead, there are some rules that govern this gigantic game of tag which commence with the registration and a briefing. Survivors wear QR-coded dog tags and of course carry their NERF guns, whereas Zombies wear green headbands.

As a survivor, you need to shoot the zombies with your NERF guns and once they are hit, they need to move their headbands to their necks which indicate they have been stunned. Following this, they need to go back to a respawn station in order to come back into the game. To help with the gameplay there are martials to help keep things ticking over. Before playing, you should check out the app which even includes a link to former Good Game host ‘Hex’ to teach you the basics. 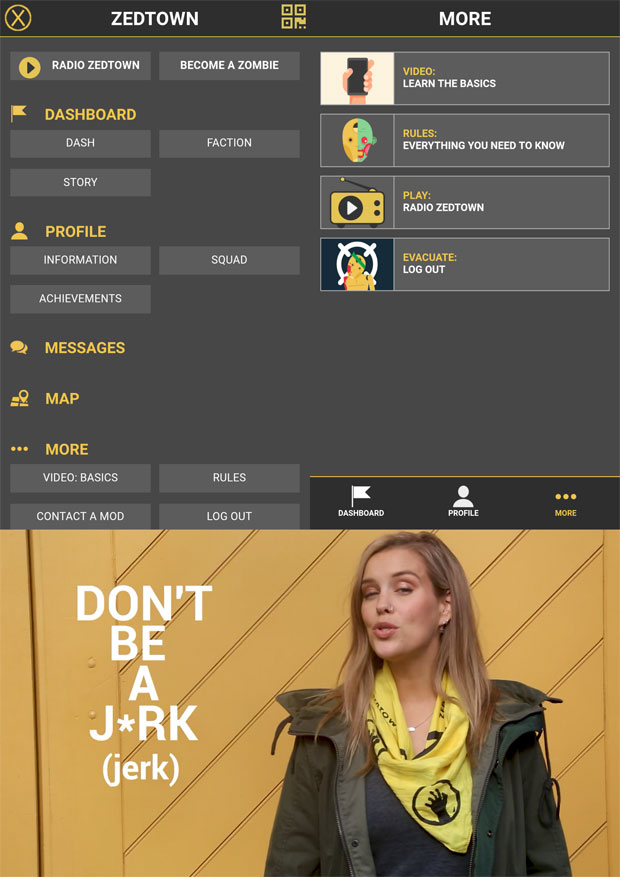 For zombies, once they touch a survivor, that person loses their ID tag and this ‘kill’ gets tagged on the app. These newly created zombies must then report to the Zombie Hub in order to be ‘converted’ (including makeup) and then try to convert the survivors by tagging. There are some safe zones littered through the game and the entire experience was very intense and quite surreal. Sure, it’s about people having fun but when you get into the mindset of either Survivor or Zombie, the game takes on a whole new level.

Add in human factions and this creates another level of strategy while you’re playing the game. Factions give the player a dedicated goal and more importantly a theme to take plus some much needed support. These are broken down into three colours which include Red, Yellow and Blue. Red channels that Mad Max or Biker look, whereas Yellow is like the mad scientists or ‘chemist’ (aka Breaking Bad) with Blue like the Hunger Games. 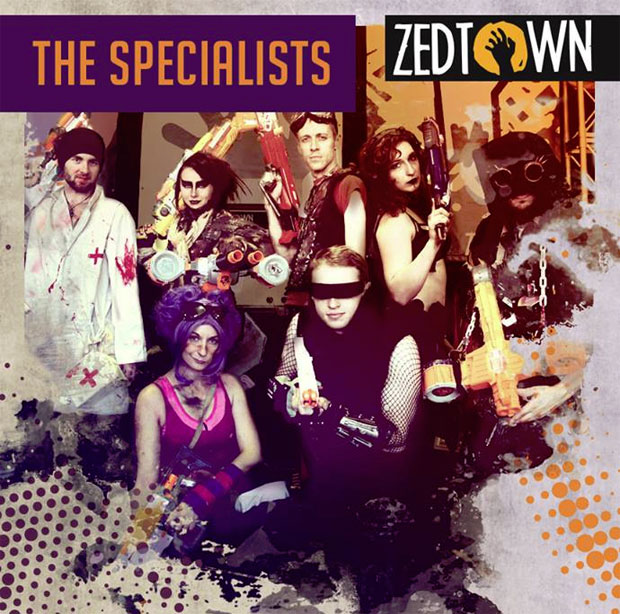 Another cool aspect about Zedtown are players themselves who have come together to celebrate their love of pop culture, more specifically the zombie genre. Some of the attendees had some awesome costumes, including some which incorporated cosplay. Add in some excellent zombie makeup and you could really feel your adrenaline pumping, especially at the start of the game as you try to survive.

Although I enjoyed thoroughly being a survivor, being an infected was equally and dare I say more fun as you channelled everything from you knew from zombies to help your undead brethren tag those pesky humans. So as you might tell, I didn’t survive as I ran out of ammo for my NERF gun while I fell to the ground and let my life slip away from me, only to be reborn. Although I was turned into a Zombie a little too early on, my partner in crime lasted with just 40 minutes left in the game so kudos to your NERF aim my friend!

In conclusion, I must commend the organisers, martials, attendees who made Zedtown: State of Emergency a game that should be placed on everyone’s to do list. Although it’s about finding the clues, working together and using tools like your app and the radio announcements to help in your plight, it’s also about having the time of your life and this is where Zedtown: State of Emergency succeeds from start to finish!

So next time, there’s a zombie invasion in your city, go get your friends, family and NERF guns and get ready to take on the apocalypse! Oh… the Zombie in the cage will give me nightmares for quite some time! 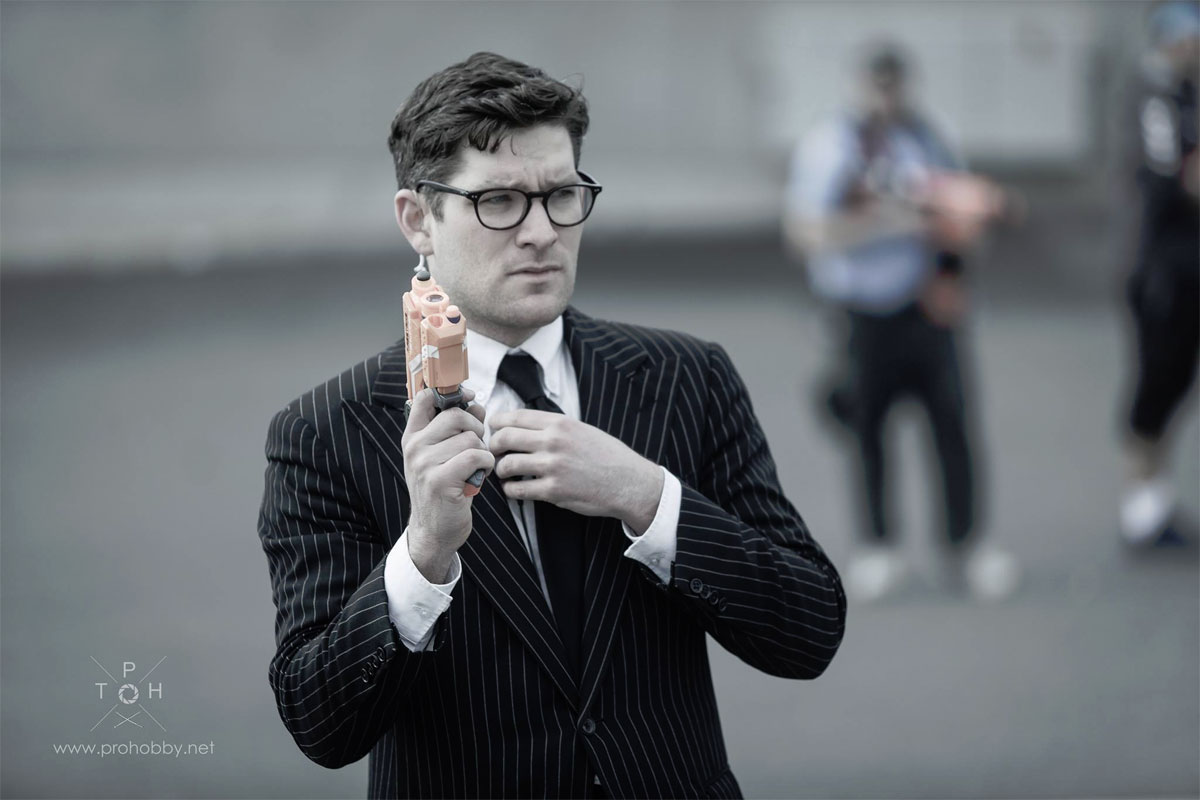 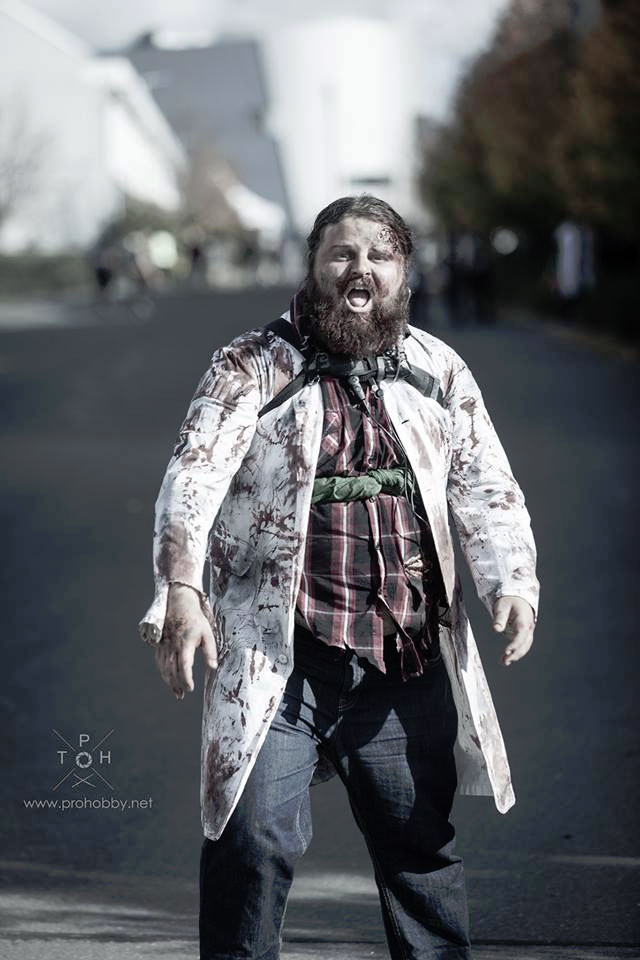 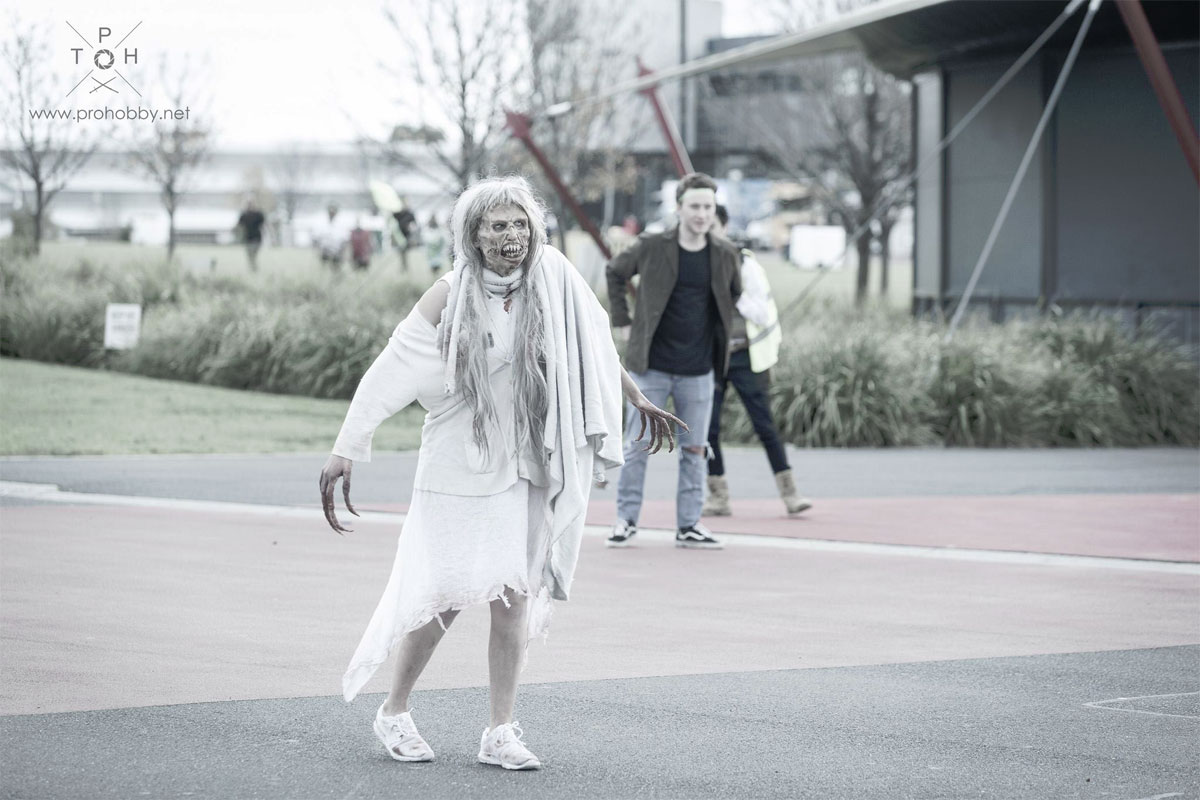 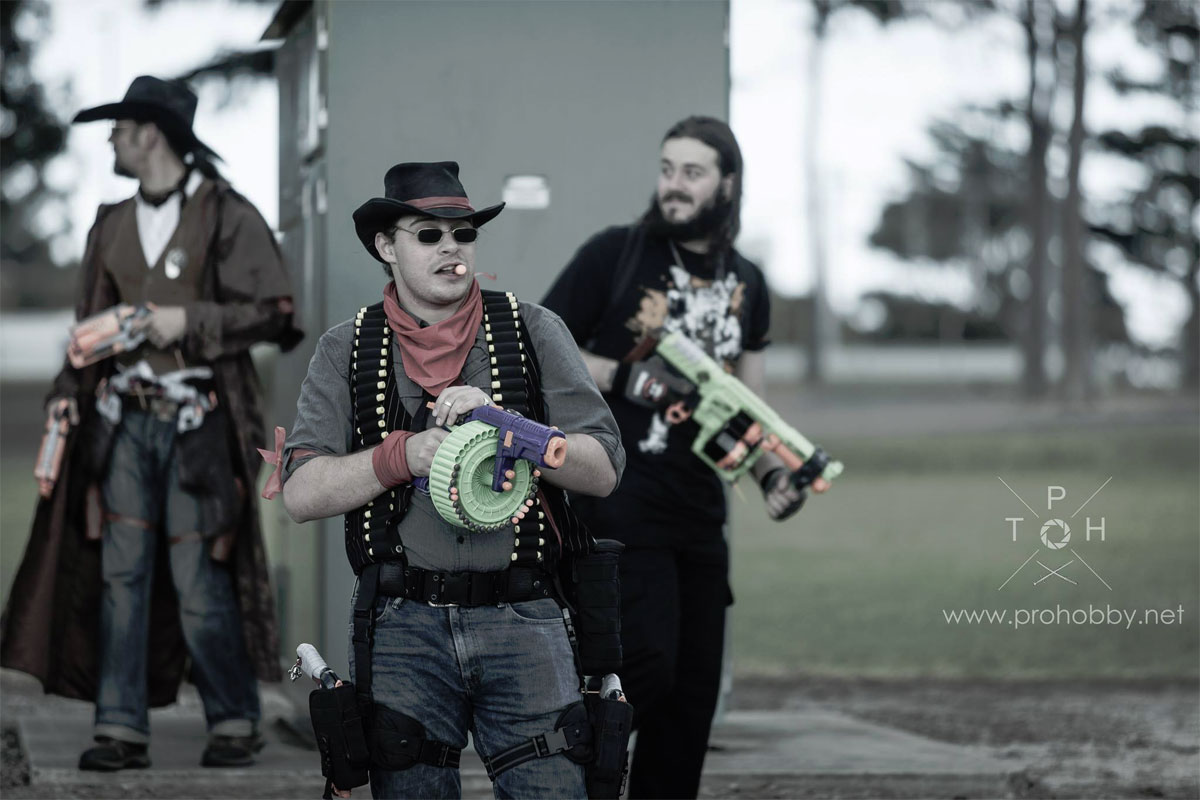 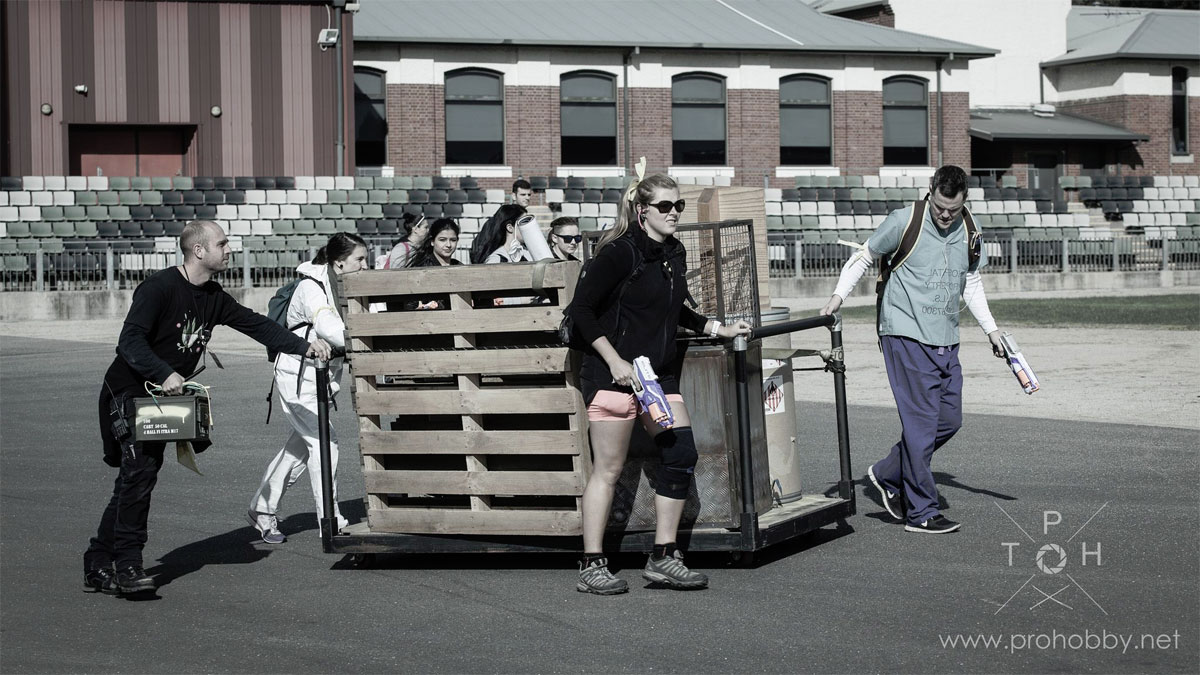 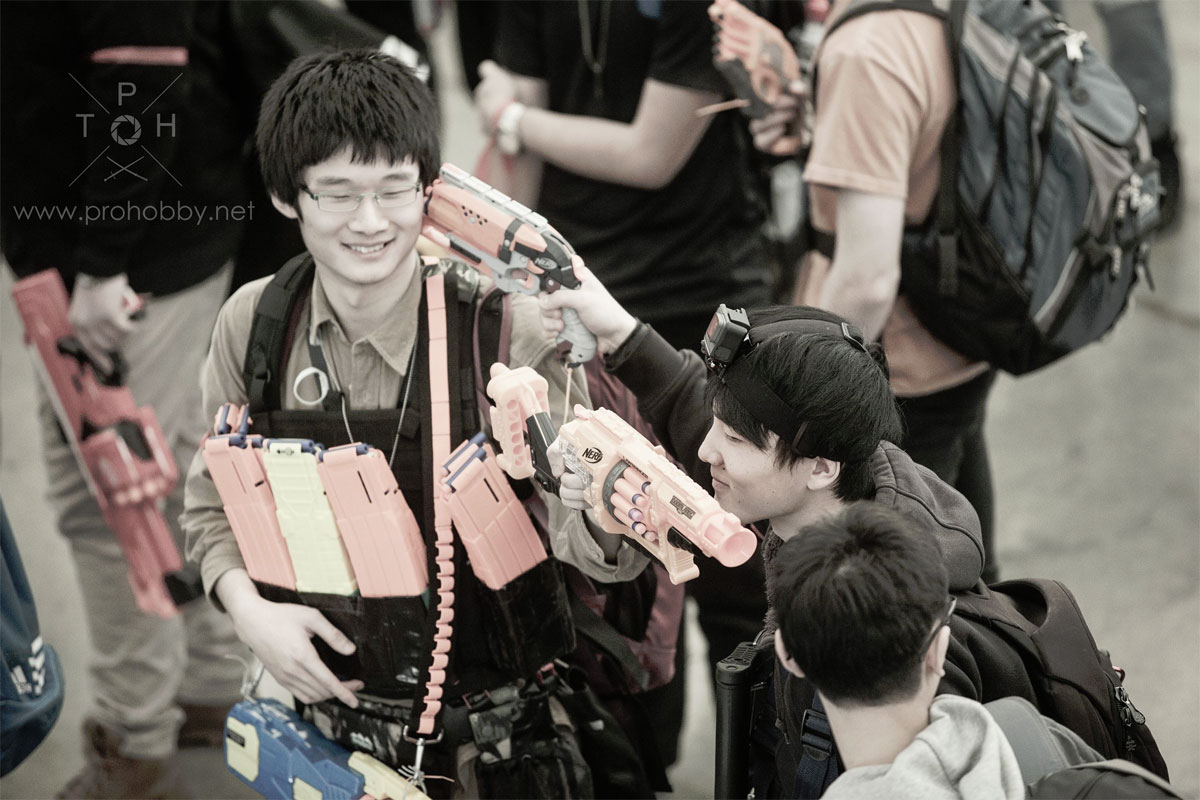 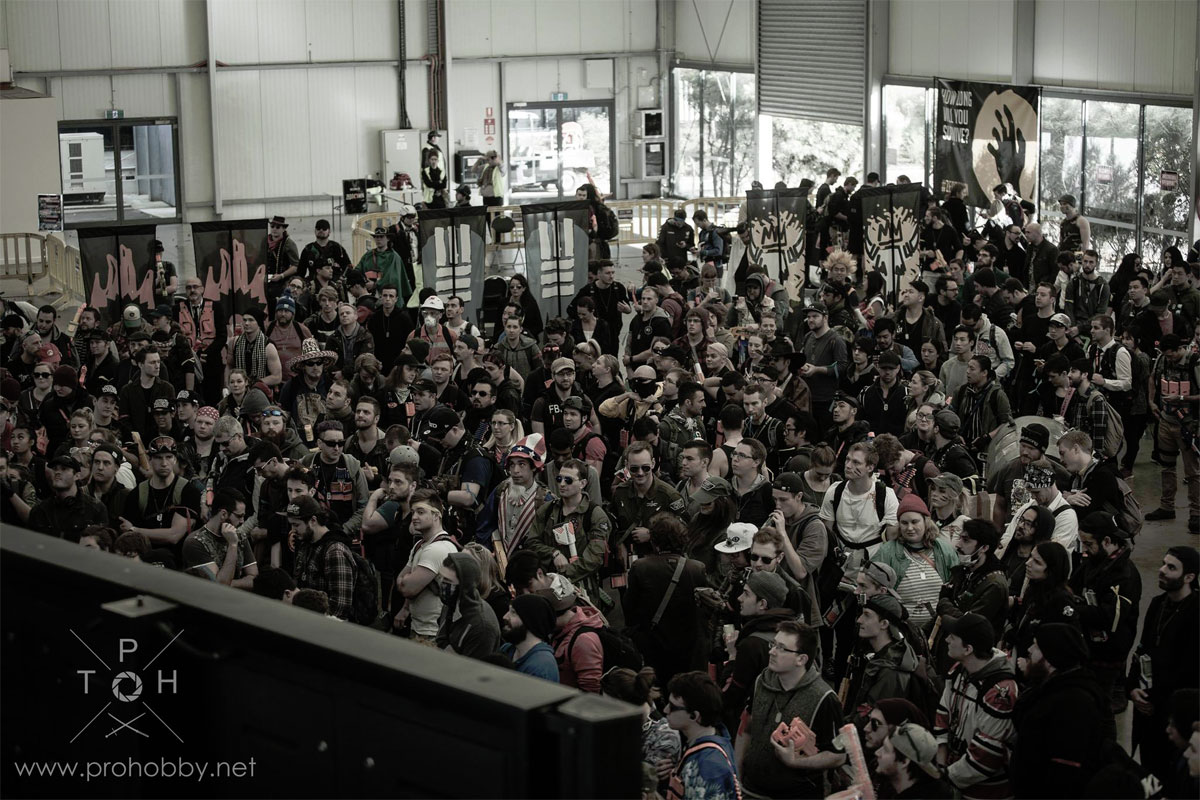